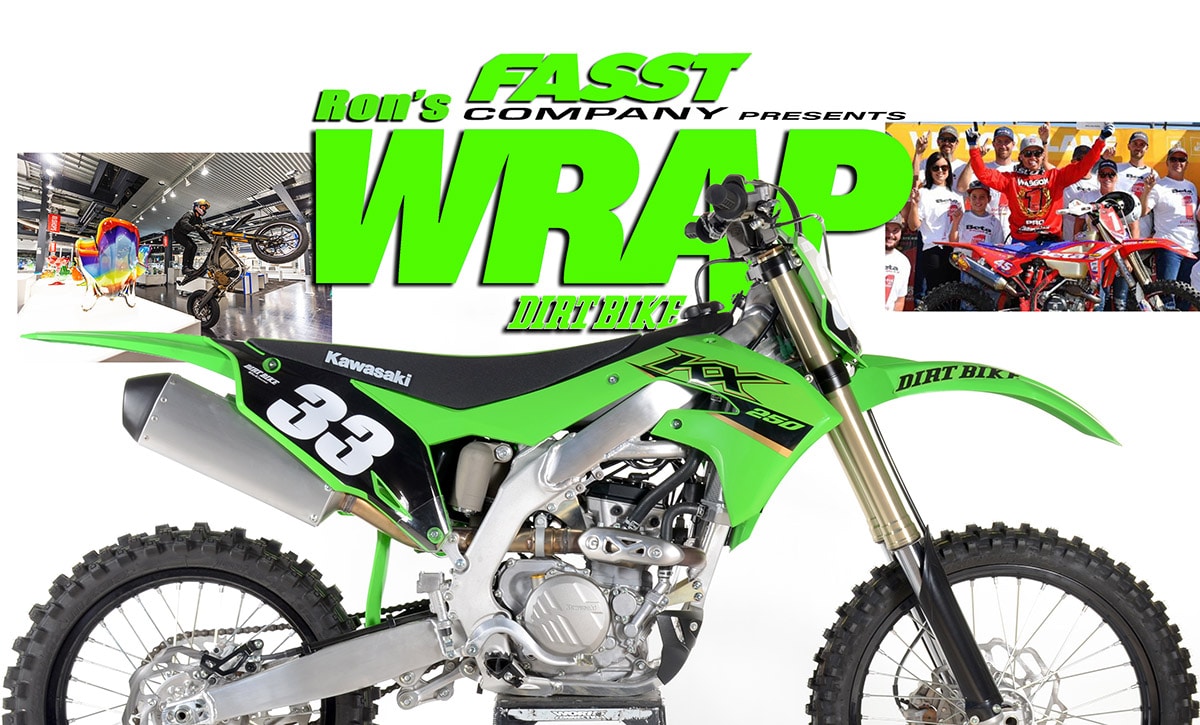 The 2022 Kawasaki KX250 arrived this week, making for a full set of bikes in preparation for our 2022 250 MX shootout. I have a personal attachment to the Kawasaki because I raced the X version of the bike in the 2021 National Grand Prix Championship. The X is virtually the same bike as the MX version; it just has softer suspension, a kickstand and an 18-inch rear wheel. So I know the bike well and still love it.

For 2022, the Kawasaki has no mechanical changes. It was the most powerful bike of the Japanese 250s on the dyno last year, but a few 10ths behind the KTM and Husqvarna. It made the most power of all of them in the critical zone around 10,000 rpm. A few years ago, the 250 class was all about power–everything else was secondary. Now that virtually all of the bikes are making over 40 horsepower, power isn’t the most important factor anymore.

There are some things we love about the Kawasaki. First, of  all, it’s a fun bike to ride. Most 250s are a little more work. The throttle response is instantaneous. It free-revs very quickly, and that means if you drop below the power zone, you can use the clutch to bring it back around right now. The clutch is also the lightest of all the 250s. It might actually be the easiest clutch pull of any motocross bike aside from minibikes. It remains the only hydraulic clutch on a Japanese 250. We thought the new Honda might get one, but it didn’t.

The Kawasaki feels agile and responsive, but it’s actually the heaviest bike in the class. On our scale, it’s 228 pounds without gas. That’s a full 10 pounds heavier than the KTM 250. The Yamaha is only a pound lighter, though, and it was the winner of our 2021 shootout. The handling is quick and cornering is easy. The KX might actually be a little on the nervous side. That’s odd, because it has the same chassis as the 450, which is the most stable and well-planted bike in its class. That goes to show you once again that motor characteristics are a big factor in handling. The fast revving, responsive nature of the Kawie makes it feel completely different from the 450. 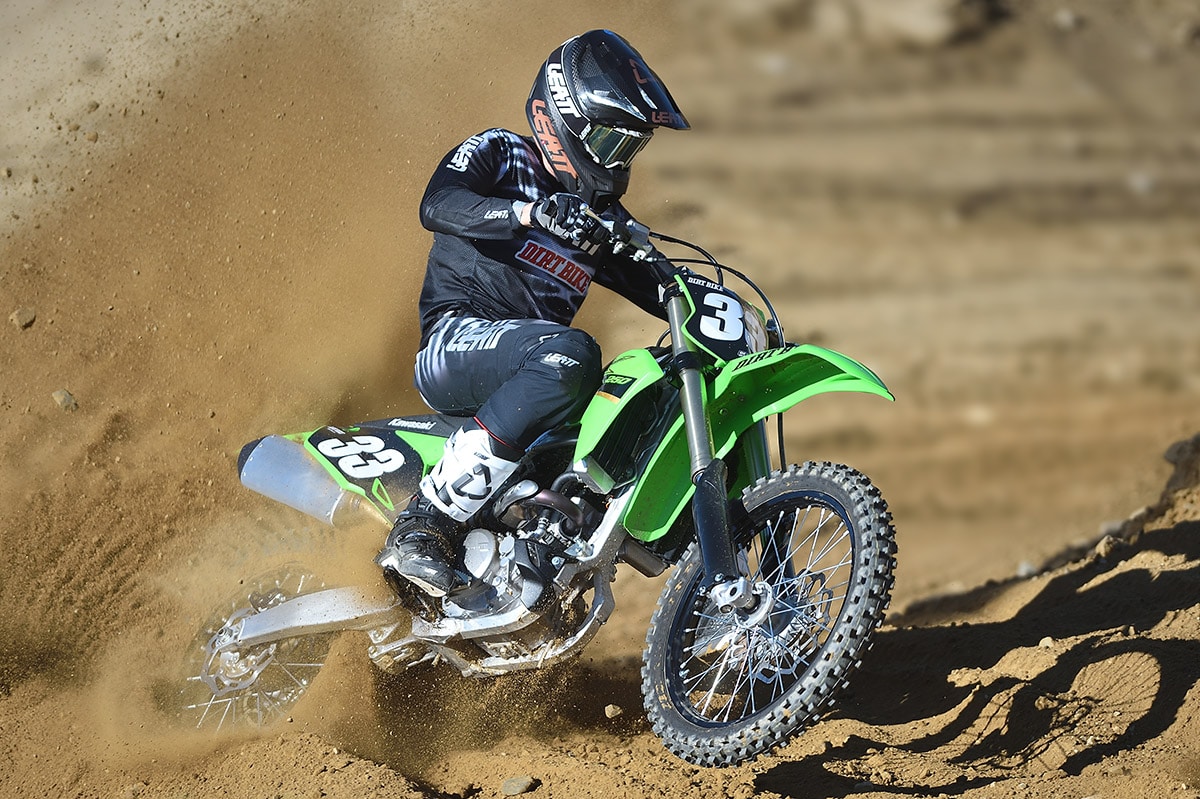 In the suspension department, the KX250’s KYB components aren’t as universally loved as the 450’s Showa fork and shock. Most riders want to stiffen and slow down the KX250’s action with more damping all the way around. For the average sportsman rider, the stock suspension is great, although Pros will, as always, have their own requirements. The Kawasaki remains one of my personal favorites because it is the most fun bike in the class. That might or might not translate to reduced laps times, but I’m okay with that. It goes right into the mix against the other 250s this month in our 250 shootout.

… AND RE-SIGNS WITH BETA 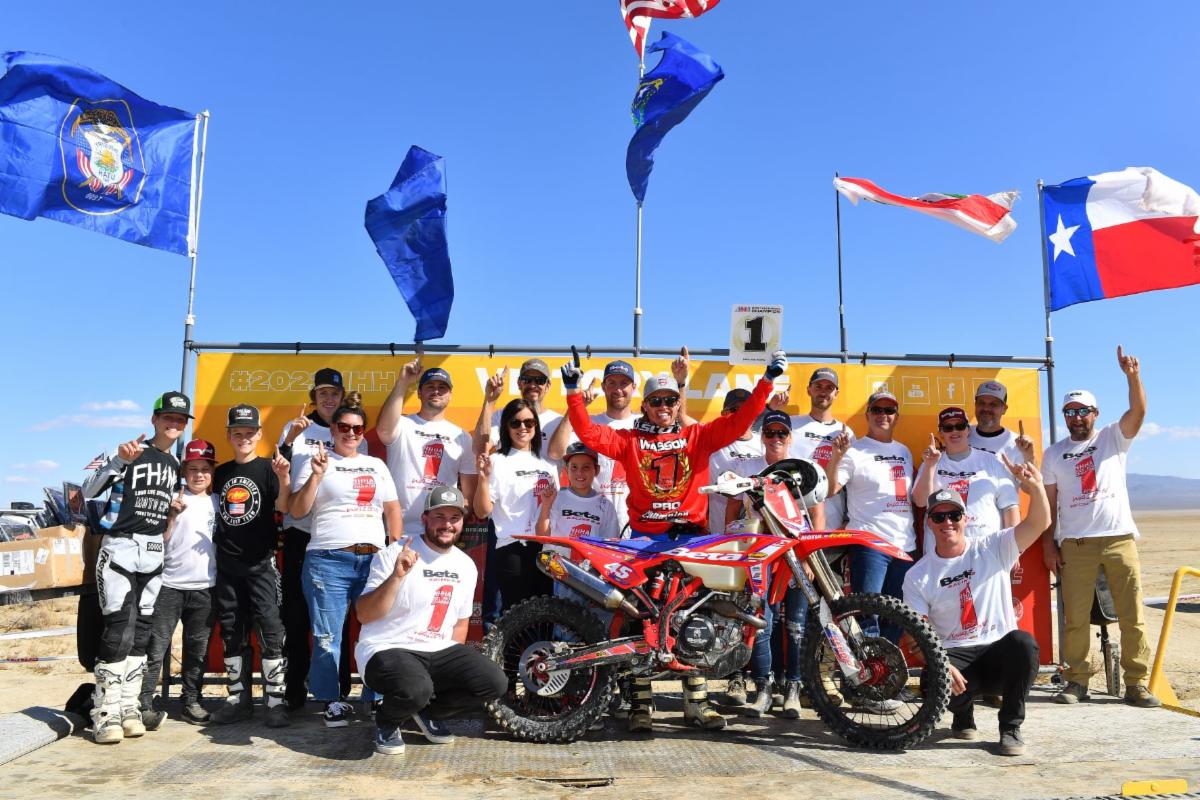 Beta Racing is excited to announce that Joe Wasson will be riding for the team for at least another two years. Wasson and Beta USA agreed on a two-year contract extension. Joe clinched the 2021 National Hare & Hound Pro Championship at the last round which was a first for him and Beta in the elite class of the series. The Beta Race Team hopes to carry that momentum into the 2022 racing season. Wasson will continue to compete in the National Hare & Hound and Best in the Desert series as well as a select amount of other events aboard his Factory 480 RR. With the Hare & Hound championship clinched, Joe will compete in the last round of the series aboard a special-built Factory 125 RR.

BULL IN A CHINA SHOP 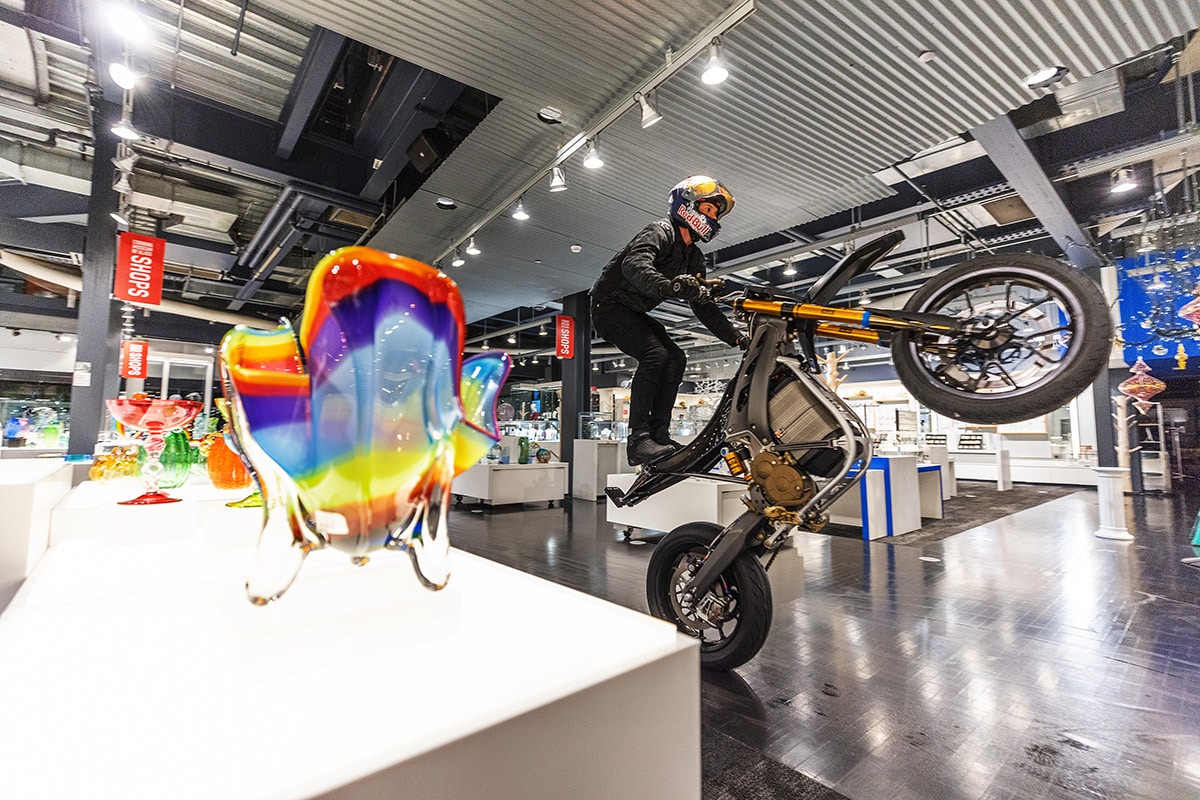 Evidently, there are still a few Alta Redshift electric motorcycles out there. One of them fell in to the hands of Aaron Colton, who is a Red Bull free ride guy. He put together a very cool video of an afternoon ride through the Corning Museum of Glass in New York. I can’t imagine how they talked their way into this. I love it. 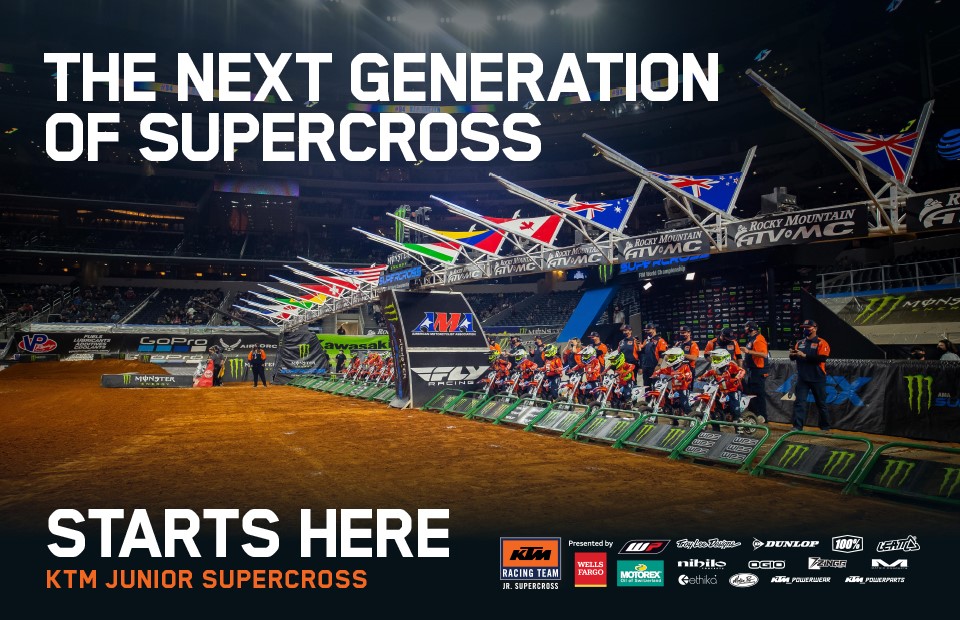 KTM will once again host the Junior Supercross program for kids at select 2022 round of the Monster Energy Supercross season. Once again, the kids will ride electric KTM SX-E 5 motorcycles. Applicants will be randomly chosen for the KTM JUNIOR RACING SX program and treated to a once-in-a-lifetime experience throughout the day, including a track viewing like the pros, two practice sessions, participation in Opening Ceremonies and a three-lap exhibition race on the very same tracks as their Supercross heroes. The 10-round schedule will kick off at the series opener in Anaheim, California on January 8, making stops at many of the nation’s premier stadiums before concluding in Denver, Colorado on April 30. At the end of the 10-round schedule, the winners from each individual round will be selected to participate in the ultimate “Championship Round” at the series finale in Salt Lake City, Utah on May 7.