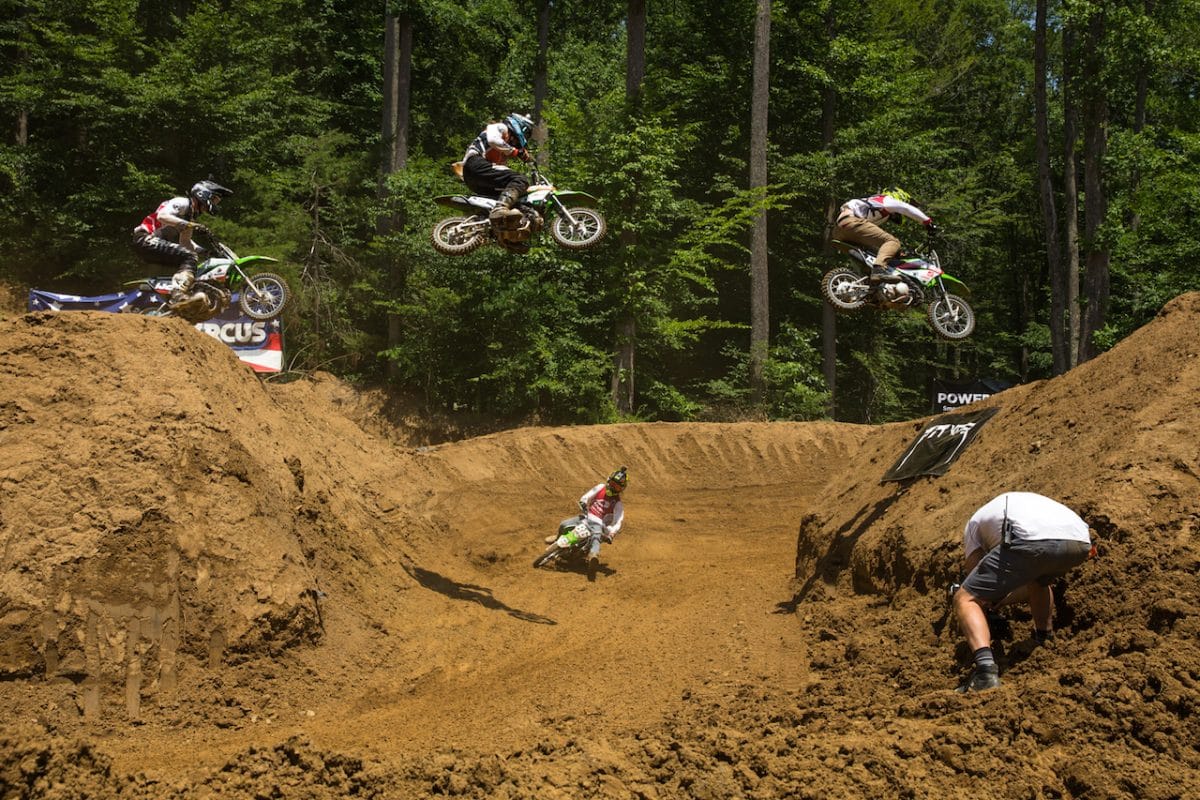 Los Angeles, CA /  Tuesday, July 28, 2020 – With competitive sport practically shut down over the last four months,fans have been forced to get their adrenaline rush by watching past glories on archival footage. Now Nitro Circusbrings two-wheel racing excitement back to a sports-starved audience with the Pastranaland Pit Bike Championship. Fans nationwide can catch all the action by tuning in to ESPN2 on Saturday, August 15th. This event marks Nitro Circus’ second collaboration with ESPN this summer.

Travis Pastrana explains the inspiration behind the event: “The last few months have been challenging for both athletes and the action sports industry alike, without a doubt. All of us have been itching to ride and missed the thrill of racing. With Pit Bike Challenge, we set out to get that competitive fire going again while making it as fun and exciting for fans to watch at home as it is for us banging bars on the track. Being able to do it all in my backyard makes it even sweeter!”

Joe Carr, CEO of Thrill One Sports & Entertainment – parent company of Nitro Circus – says, “Travis and the Nitro Circus team have always been incredibly passionate about pushing the

limits. With Pastranaland Pit Bike Championship, we’ve set out to create an event that’s action-packed, insanely fun and completely unpredictable, which is a tall order even in the best of circumstances. We can’t wait to bring racing excitement back to viewers in a fresh new way on August 15th.”

Eleven teams of two riders each, drawn from across the action sports world, will battle in this high-octane contest. These include Travis himself, who is reuniting with his 2018 MXoN Team Puerto Rico partner Ryan Sipes. Also competing is three-time world champion mountain bike rider Anneke Beerten who is teaming up with Tarah Gieger, the most decorated female athlete in X Games history. Adding even more fuel to the fire for Gieger, she must face off against her husband, Nitro Circus favorite and skilled MTB rider Dustin “Dusty” Wygle. For a full list of competitors please see below.

To the uninitiated, pit bikes may look like miniature versions of motocross’ 450-cc monsters, but don’t let that fool you. While intended as starter bikes for young riders, there is nothing child-sized about the mayhem they can dish out, especially with the daredevils of Nitro Circus. Their compact lightweight frame only makes them easier to maneuver and deliver even more head-to-head action.

Pastranaland’s challenging, one-of-a-kind course certainly puts bikes to the test. Once out of the starting gate, riders quickly have to contend with banked turns, ramp-to-ramp jumps and an over-under crossover, creating a run just as challenging as a Pro National track.

But while the racing is flat-out, viewers can look forward to a healthy dose of Nitro Circus fun as well. After all, the only thing better than the thrill of victory is celebrating, Nitro-style! Once the dust settles, only one rider gets to take home both the winning trophy and, even more importantly, bragging rights as world champion.

Pastranaland Pit Bike Championship is presented by Tractor Supply Company. Other sponsors include PowerDot and MANSCAPED™.

This announcement follows last month’s debut of the in-depth documentary, “Race to Rebuild.” Premiered as part of ESPN’s World of X content series, it chronicled Travis Pastrana as he put together a dream team of motocross legends to not only compete in the sport’s most prestigious contest, but also to raise awareness and aid for the people of Puerto Rico still struggling to recover from 2017’s Hurricane Maria.