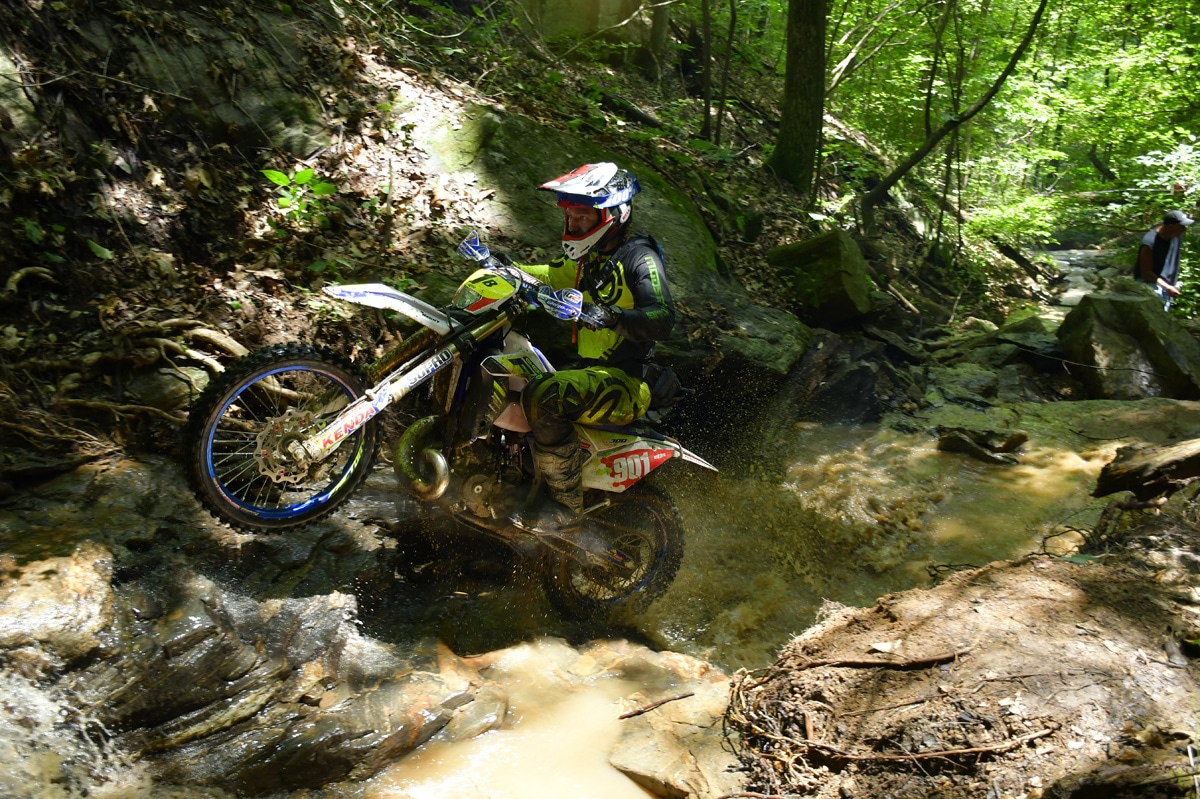 Sherco continues to beef up its U.S. off-road racing presence with another announcement. Nick Fahringer is joining the FactoryONE Sherco team and the U.S. importer has reported that other names will be added in the near future. The official press release follows.

Spring Branch, TX – FactoryONE Sherco is proud to welcome long time Sherco ambassador, Nick Fahringer to the Enduro team. The Ohioan is fresh off of winning the season finale of the ACES (Appalachian Championship Enduro Series) Peace Pipe Enduro, of which, he won most of the rounds but fell shy of the championship due to missing two rounds because of conflicts with racing the Tennessee Knockout and by getting married to his pit crew, Ashley.

“I am happy to remain on a Sherco for 2020 after a few years of getting very comfortable on the French bike and reinventing my career to the tune of hard enduro racing. It’s exciting to see the expansion effort Sherco USA is putting into the US market and I look forward to being a part of it. From nationwide racing efforts and dealer expansion to more personnel to help the Sherco community enjoy their ride.” Said Fahringer.

Nick got his start riding motorcycles at the ripe age of 3 on a PW50. After 20 years in the saddle, Fahringer became a main stay in national enduros where you would see him on the box frequently. Current day, as Nick mention, he has reinvented himself as a hard enduro rider where he finished 3rd overall in the AMA American Hard Enduro series in 2019.

“Nick is a fabulous addition to the FactoryONE Sherco team” said Ron Sallman, team owner. “Nick brings a great skillset to the team as the jack of all trades so to say. He can go fast, and he can go slow. Whatever he races, he excels at it. He will be a great leader for the younger guys and gals on the team. On top of this, he has been an amazing Sherco ambassador for many years.”

Nick’s focus will be the American Hard Enduro series, but you will see him racing in events of all kinds. He is currently working full time as an engineer for manufacturing motorcycle parts. He is a self-proclaimed foodie, loves music, fitness and cycling of all kinds.