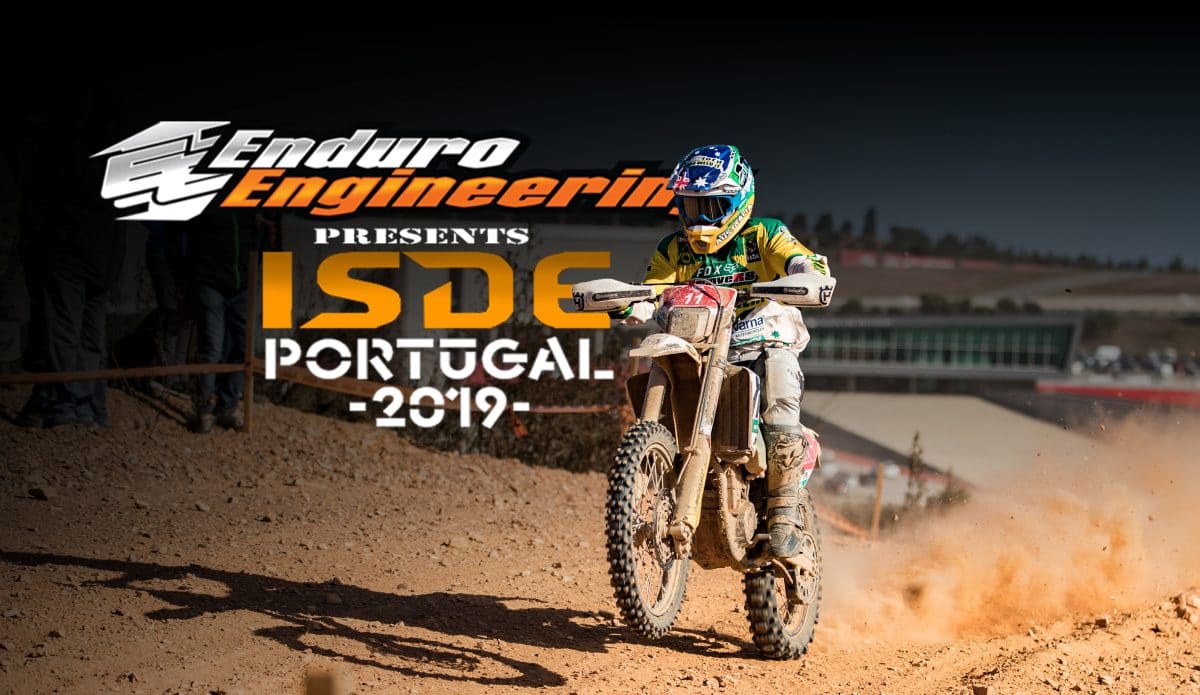 So far at this year’s ISDE, Daniel Sanders has been nearly perfect, winning 11 of the 14 total tests over the last two days. Today he was only beat out in the last test by Spain’s Josep Garcia. His speed and consistency throughout the week thus far has put him over a minute ahead of the next fastest rider, more than four minutes over the second place E3 rider and helps put Australia’s World Trophy team almost a minute ahead of the team behind them. Sanders wasn’t the only Aussie finding success out on the track today, though. His teammate Luke Styke finished the day second overall in the E1 class and currently sits second in those progressive standings, while another one of his partners, Fraser Higlett, ended the day fourth in E2 and sits fourth in the cumulative results.

The United States’ team seemed to have an up and down day today, as they fell a few more seconds back from the leading Australian team, as well as having team member Ryan Sipes slip back in the standings of the E1 category, now sitting third going into day three. On the upside of all of that, Taylor Robert and Kailub Russell continue to dominate in the E2 class, staying within 30 seconds of one another and leading over third place by more than a minute. The fourth member of the team, Steward Baylor, continues to chug along in the E3 division aboard his KTM 500, sitting third in the class so far.

After two days of racing, Team Italy continues to run third overall in the World Trophy standings, but over five minutes back from the leading Australian squad. They do still have a little bit of a gap over Great Britain in fourth and Finland in fifth, 40 seconds back to Great Britain and over two minutes to Finland. Individually, though, they are doing slightly better. Honda rider Davide Guarneri is now third behind the two leading Americans in the E2 class, while his teammate Rudy Moroni sits fourth in E3 and other teammate Matteo Cavallo is eighth in E1.

Following the in the World Trophy team’s footsteps is the Australian Junior Trophy team, who continue to lead the Junior Team overall, as well. Each of the member’s performance’s were a bit better than they were yesterday, each of the three riders finishing the day inside the top 20 overall, which puts them all now at ninth, tenth and twenty-fifth overall so far. With an impressive ride today, Luke Styke moved himself up into second of the E1 class, now just under two and a half minutes behind the leading Garcia. In the E2 class, Faser Higlett sped to a fourth on the day and fourth in the week’s standings, while Michael Driscoll earned an eighth today to put himself at eighth so far in the week.

Just like the Australians, team USA has both their World and Junior Trophy teams currently sitting in second in their respective divisions. After the second day of racing, both Ben Kelley and Grant Baylor remain unchanged in their E2 ranking (fifth for Kelley and seventh for Baylor), and the same goes for Josh Toth in the E1 class (fifteenth). As a team, the trio have fallen a bit further behind the Australians, now with a three and a half minute gap between the two going into day three.

So far in the week, the World Trophy and Junior Trophy podiums are looking identical, as the Italians have moved their way past the French team and into third. TM rider Andrea Verona can be much to thank for that, after an impressive third overall finish in the E1 class today, putting himself into fourth for the week so far.

Over in the lady’s division, Team USA’s Brandy Richards continues her week’s success, now pulling out a 22 second gap over Maria Franke back in second. Not only is Brandy leading the Women’s class overall, but both Becca Sheets and Tarah Gieger are sitting inside the top ten, which has put the team into the Women’s Trophy team lead after two days of racing with more than a minute lead over Germany in second. The Australian women got a better day under their belts today, even moving up into third for the week’s overall standings.

The XC Gear Club Team from the United States continues their dominance amongst the rest of the club division riders, accumulating a ten minute lead over the next closest group after just the first two days of racing. Dante Oliveira and Austin Walton from the XC Gear team traded off test wins throughout the day and between them and Ricky Russell, they all remained inside the top ten throughout the seven tests. Unfortunately, other American teams did not enjoy the same successes as they did, as the District 37 team of Jacob Argubright, Blayne Thompson and Nathan Ferderer lost Thompson due to a blown motor. Each club rider has the chance of reentering the race after DNFing one day, but the damage was too sever to resolve before tomorrow, which leaves Thompson out of the race for good and his team back in 86th overall in the club division.

THE WEEKLY FEED: THE GLORY DAYS OF MOTO, CRASHES AND HOT NEW PRODUCTS