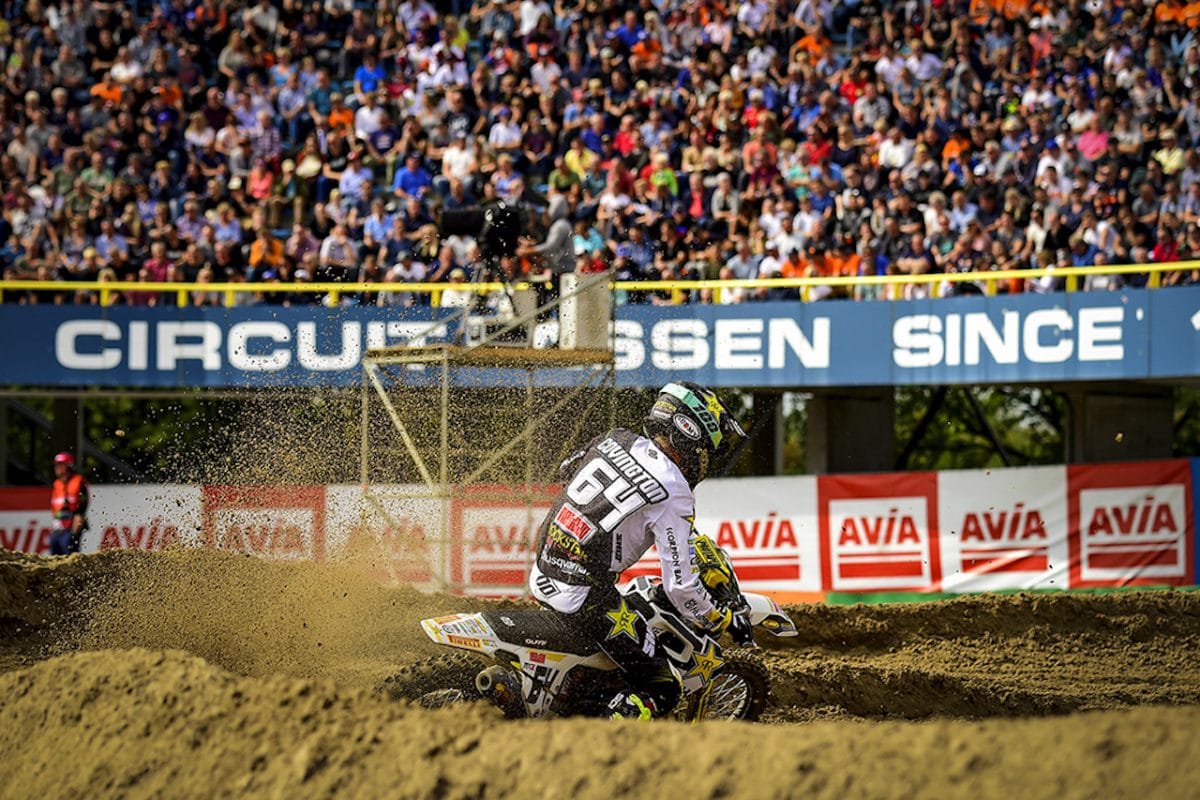 The first gate pick took Prado to his 24th Fox Holeshot of the year while Jonass crashed in the first turn. Prado had the lead stolen away by Honda 114 Motorsports Hunter Lawrence just before the waves on the opening lap and then came under pressure from Rockstar Energy Husqvarna Factory Racing’s Thomas Covington.

Prado then took the lead from Lawrence in a switchback section by going inside to inside as opposed to the outside inside approach of the Australian. Lawrence then fell out a second time a couple of laps later which moved Covington and Olsen forward to second and third.

Jonass was pushing his way through the field up into the top ten from the first turn crash. Covington lost 2nd to Olsen and then nearly lost 3rd to Lawrence but another mistake from the Australian gave Covington breathing room. Jonass eventually made it up to 8th after passing Hitachi KTM UK’s Conrad Mewse while Prado took the win with Olsen 2nd and Covington 3rd. 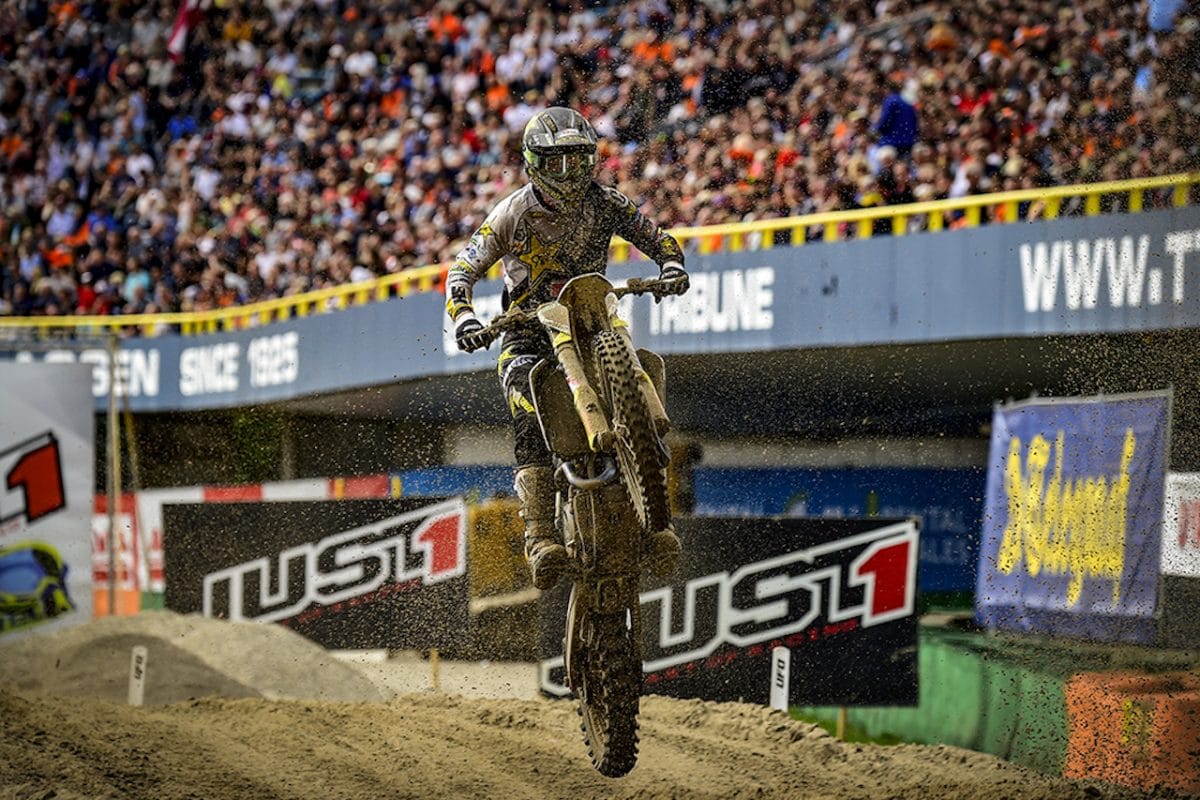 MX2 Race 2 started in the same order for the top three as Race 1 finished with Prado scoring Fox Holeshot number 25 ahead of Olsen and Covington. Team HRC’s Calvin Vlaanderen had the Dutch crowd behind him as he passed Covington for third along the tribune and again several laps later as he took second from Olsen.

Watson passed Jonass for 5th and held the position for 5 laps before the Latvian was back past. Jonass was unable to leave the #919 behind however and Watson made a pass stick with 3 laps to go. A lap prior to Watson’s pass Covington took over 3rd from Olsen after a mistake sent the Dane down.

At the finish Prado took his second race win of the day with Vlaanderen second, Covington third, Olsen 4th, and Watson 5th. The overall result had Prado on top with 50 points while Covington took 2nd and Olsen 3rd making it the second consecutive MX2 round that Husqvarna has both factory riders on the podium.

Jorge Prado: “First of all congrats to Jeffrey Herlings as he has had an amazing season. My weekend went pretty well, yesterday I took the win in the qualifying race which was good for the confidence today where I won both races so I couldn’t ask for a better weekend.”

Thomas Covington: “I am pretty happy to be back on the podium in the sand since it is not really my forte. In the second race I knew I needed to pass one more guy to get on the podium, I saw TKO ahead of me and I was just giving everything to get ahead of him…he ended going down but we both ended up on the podium so it is good for the whole team.”

Thomas Kjer Olsen: “Overall my weekend was good. I was pretty comfortable going into today and I felt like I was riding really good and the bike was working good so it is cool to be on the podium again.”

CHECK OUT THE MXGP HIGHLIGHT VIDEO FROM ASSEN BELOW

THE KAWASAKI KLR650 IS BACK!