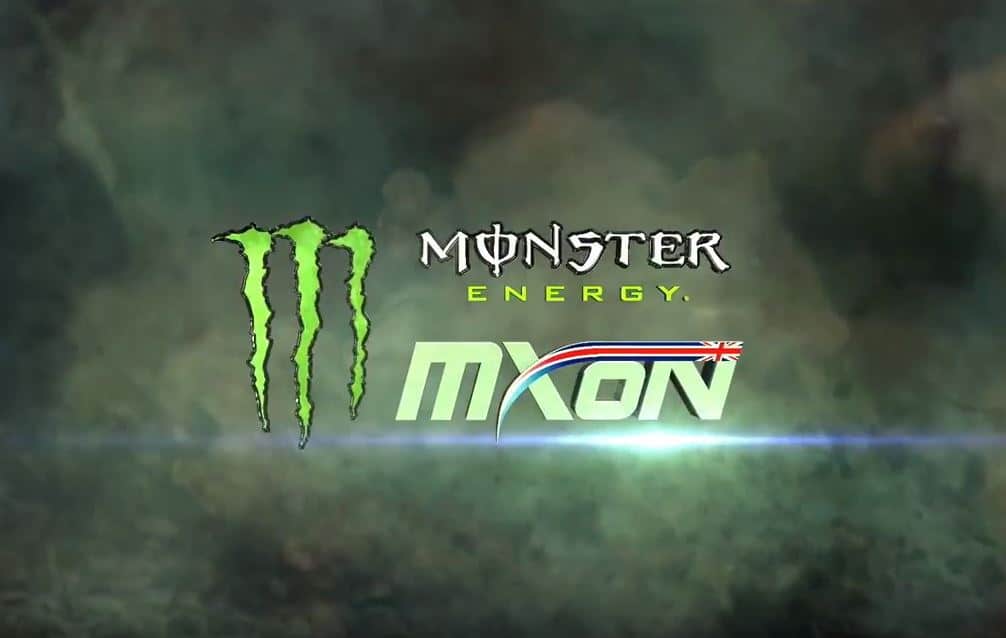 Team France won the MX of Nations this weekend at rain-soaked Matterley Basin in the U.K. France, consisting of Romain Febvre, Gautier Paulin and Christophe Charlier, now sits on a four-year winning streak in the MXoN while the U.S. finished a disappointing ninth, despite having the top MX2 rider in Zach Osborne. The top rider of the weekend was Max Anstie, who finished in front of both open-class motos to lead the U.K. to third place. That’s the U.K’s. first podium in 20 years, owing in part to the home-slop advantage. The Netherlands was second in the final standings, led by Jeffrey Herlings, who won the MXGP class. U.S. team members Cole Seely (MXGP) and Thomas Covington (open) were hampered by poor starts, multiple crashes and two DNFs from Seely. 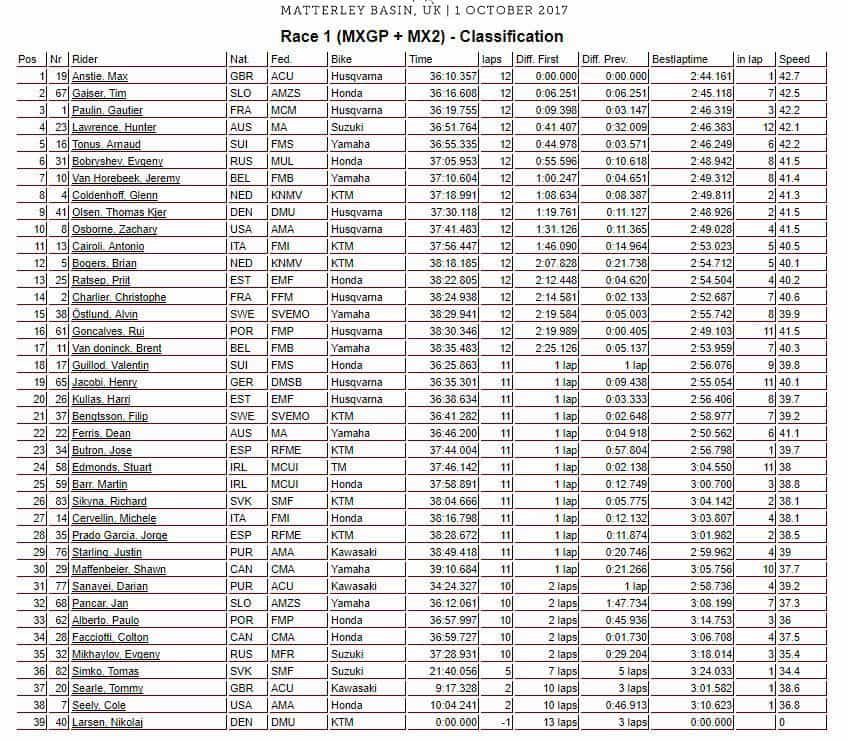 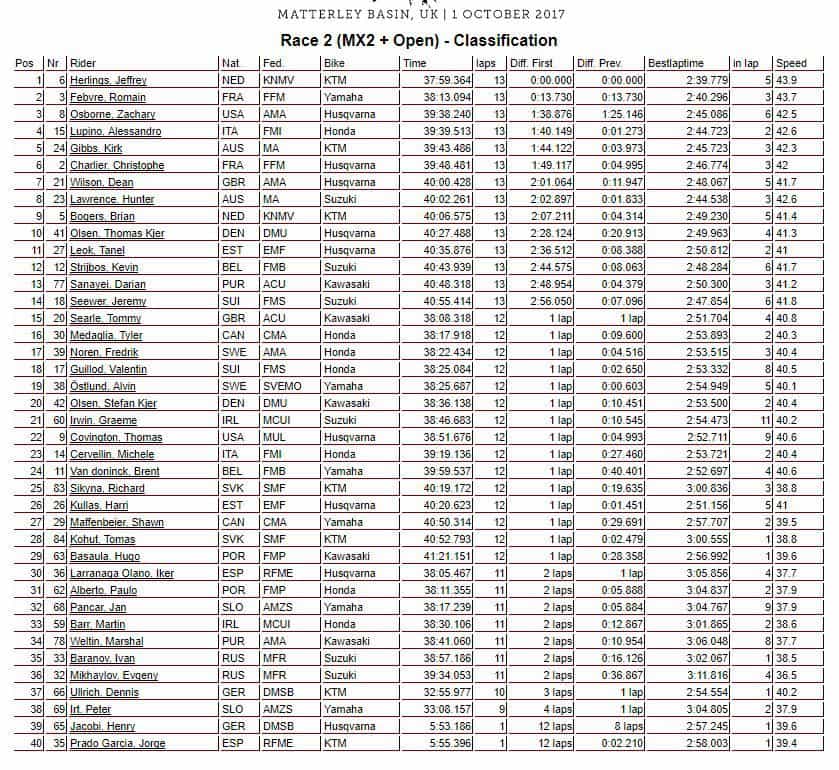 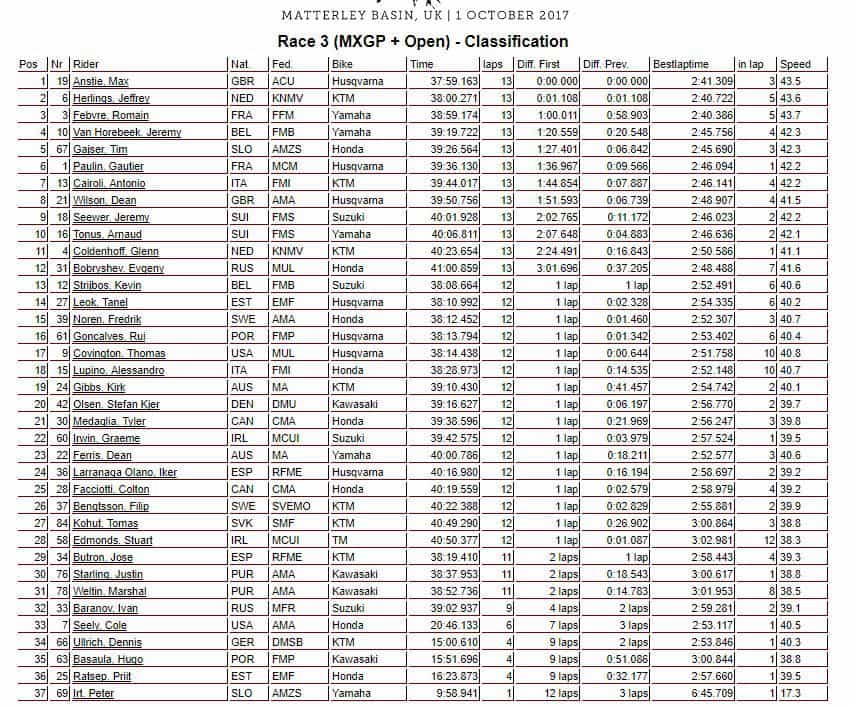 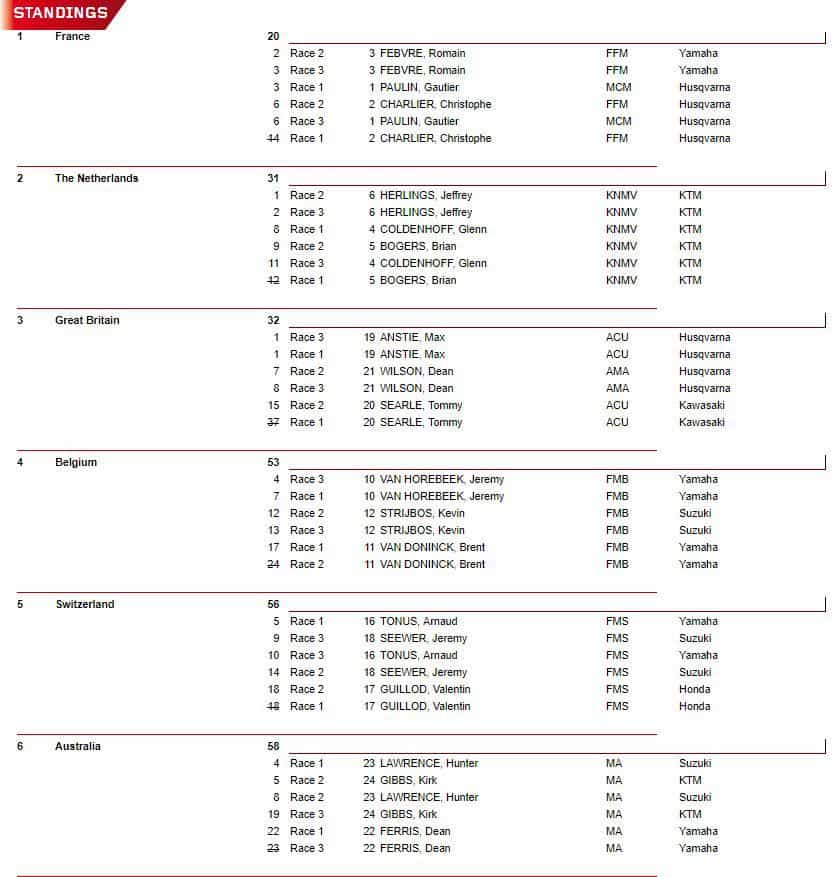 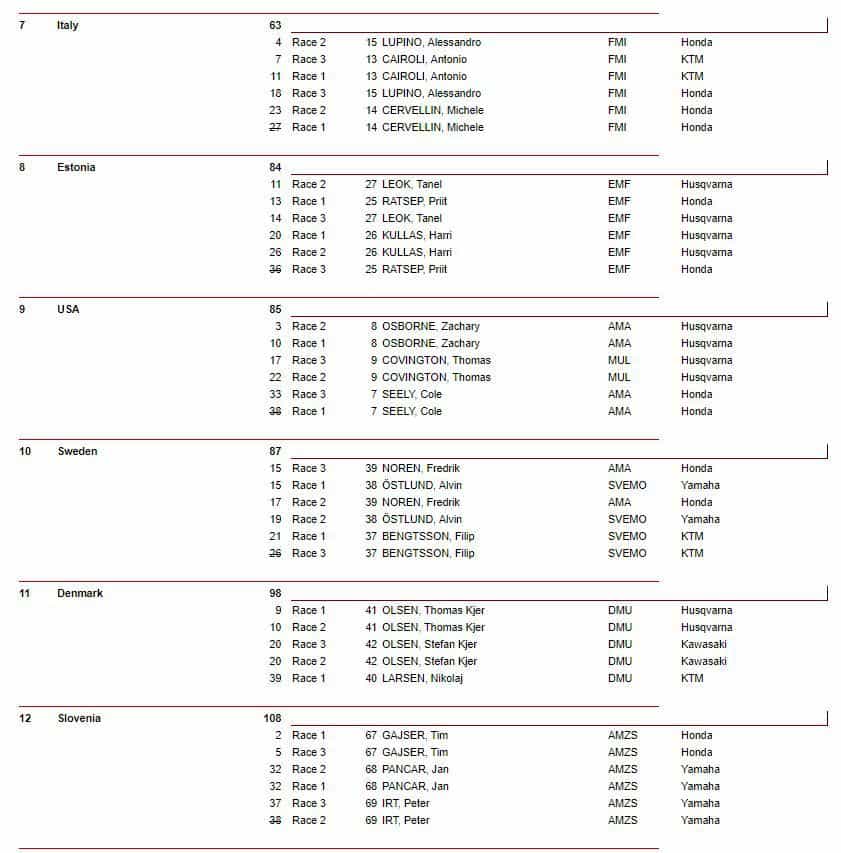 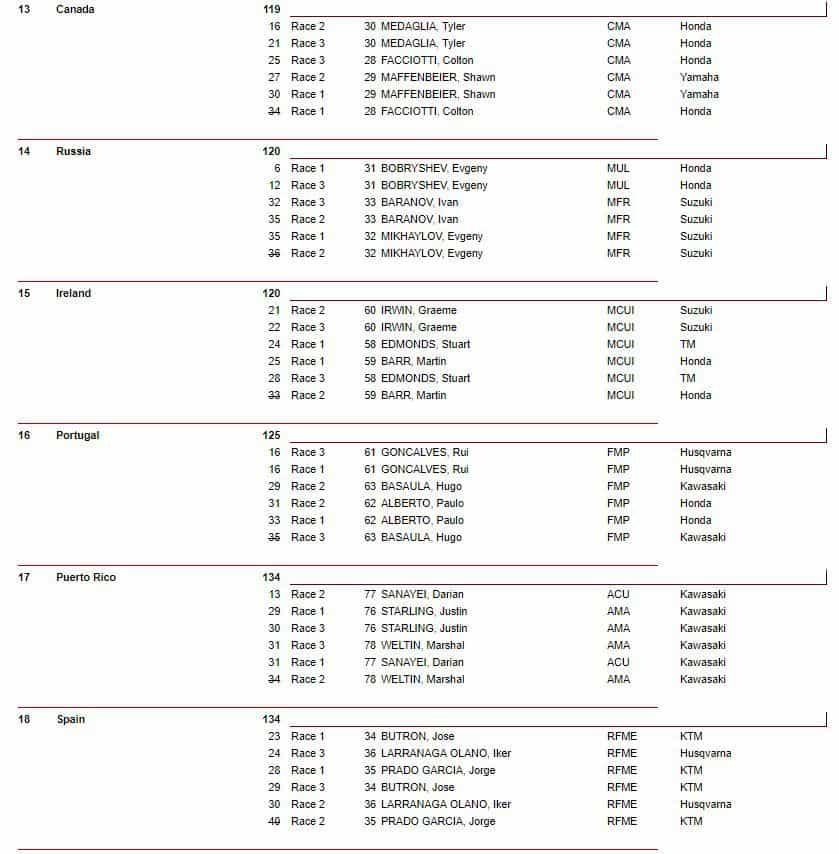