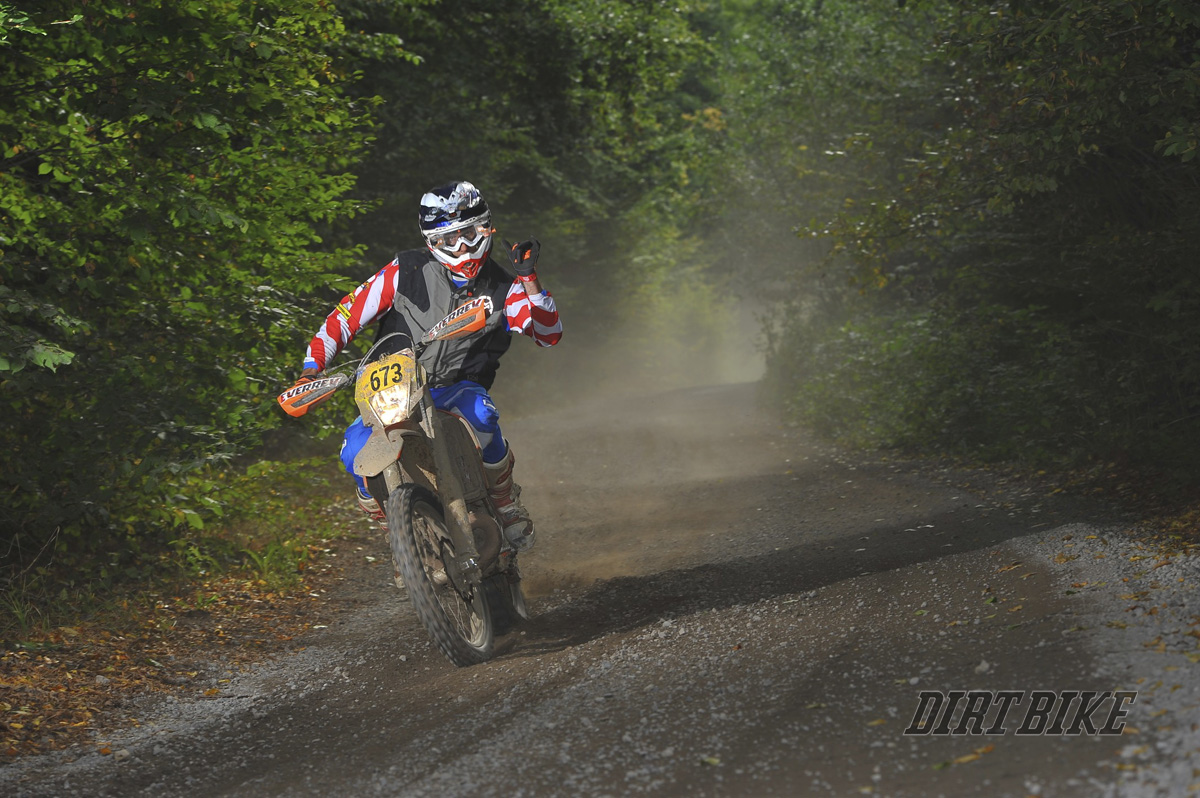 The U.S. World Trophy team is locked out of good finish at the ISDE.
If you thought yesterday was bad for Team USA at the 90th International Six Days
Enduro in Kosice, Slovakia, sit down because it gets worse.
Yesterday, of course, Taylor Robert was one of eight World Trophy team riders
from five countries to be excluded or disqualified after taking a wrong turn and missing
an observation check. Those countries protested at the nightly FIM jury meeting, of course, so the jury
ruled that the affected riders could provisionally continue in the competition. However,
their scores will not be added to their respective team totals until the jury decides on the
appeals that were lodged; hopefully, that takes place by the end of the week.
So, the Americans find themselves near the basement of the World Trophy team
division pending the outcome of that decision while Australia continues to lead all three
major categories, and not just lead but pull away.
Unfortunately for Team USA, even if Robert is reinstated, the team won’t climb up
the standings enough to matter because Thad Duvall ran into a suspected electrical
problem that caused his bike to quit early in the day. Coupled with Kailub Russell’s race-
ending knee injury yesterday, that’s two men down out of six and you need five scores
to have a shot at the title.

Therefore, the week that began with such promise has only one bright spot
remaining and that remains the outstanding job second-year Six Days rider Ryan Sipes
is doing by leading the individual overall standings over Australia’s Daniel Milner. The
two rivals remain 1-2 in E2 as well, of course.
Since Robert is allowed to ride, he’s now doing all he can to help his teammate
and ended up faster than everyone in the field but Sipes. That means that Sipes, Robert
and Milner will start on the first minute tomorrow, and in order to assist Sipes, the plan is
for Robert to start before Sipes does in each of the six tests tomorrow. That way, there’ll
be at least one set of tracks laid down, especially first thing in the morning where it
would otherwise be a disadvantage to be first on course.
For all the U.S. World Trophy team’s woes, the Junior World Trophy team is
enjoying a tough but rewarding week so far. Grant Baylor continued to lead the
decimated team; though he didn’t have quite the day he did yesterday, he still rode
admirably, notching eighth in E2 for the day. His brother Steward was even more
impressive, somehow ending up 15th in E2 today despite the intense pain from his
dislocated shoulder. Nick Davis kept it going to place 41st in E2 today, so the team
maintains third behind Australia and Sweden.
The Women’s World Trophy race was a repeat of yesterday with Australia pulling
away from France and Sweden. The U.S. sits fifth behind Finland with Rachel Gutish,
Mandi Mastin and Jamie Wells all still going.
In the Club team division, GoFasters.com’s Reid Brown, Nate Ferderer and Brian
Garrahan moved up a spot to fourth, though third—and a podium spot—is about 17
minutes ahead.
It began raining lightly at the end of the day, leading to fears of a vastly more
difficult course tomorrow if it continues. The course will be the same route, but rain on
these hills will make for some extremely challenging riding.