Slamlife Racing team took the win in the 52nd annual  SCORE International Off-Road Racing Baja 1000, leading from start to finish. The start of the race was postponed by a day due to inclement weather. The Monster Energy Honda Slamlife team had to restructure itself prior to the event. Team captain Mark Samuels was injured a few weeks earlier and Justin Jones was also sidelined by injury. That left rider of record Justin Morgan to assemble a new team consisting of David Kamo, Max Eddy Jr. and Shane Esposito. This was SLR’s second-straight undefeated season in the series and stretched the Honda CRF450X’s Baja 1000 win total to 13 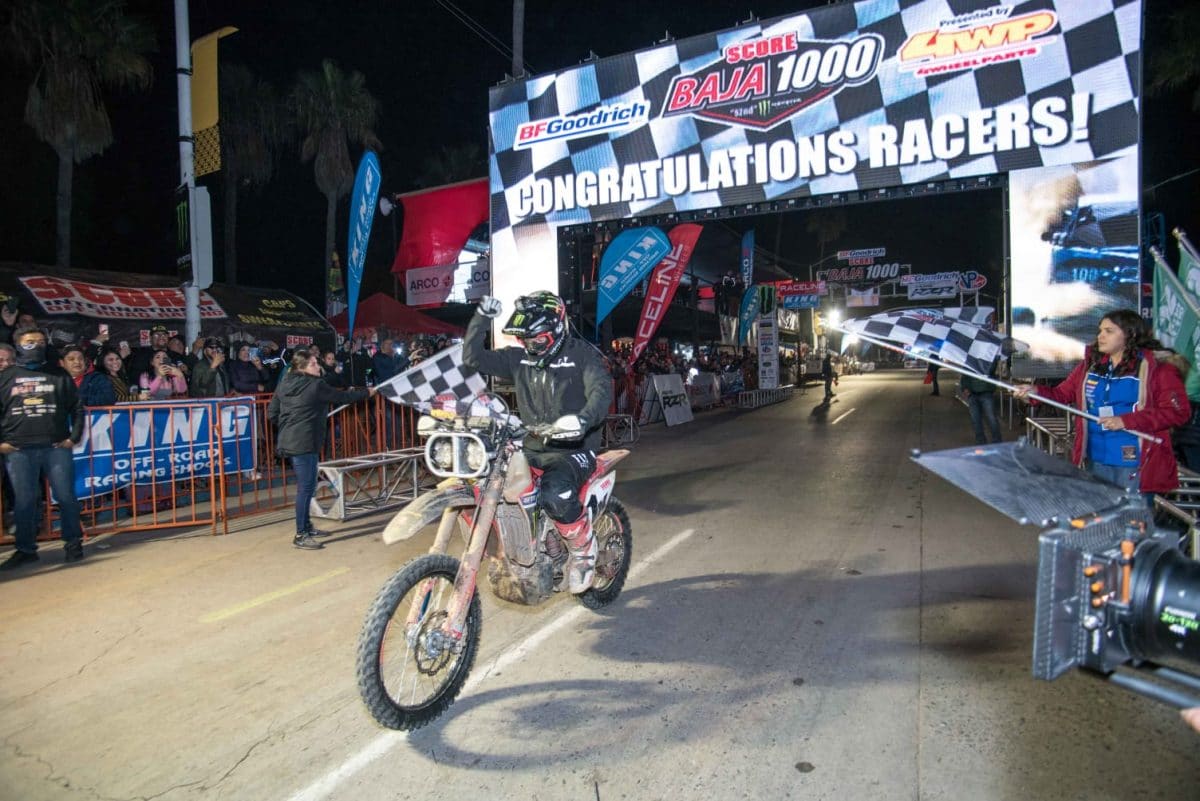 In Saturday’s pre-dawn hours, SLR Honda was the first team to leave the start line in Ensenada, Mexico, and although the wet conditions meant that the following teams didn’t have to cope with dust, SLR immediately began to stretch their advantage. They were never headed during the counterclockwise loop around the northern end of the Mexican peninsula, finishing back in Ensenada over 800 miles later with a winning time of 17 hours, 34 minutes, 28 seconds. The the Pro Moto 30 team led by Francisco Septien was second overall, while the runner-up in the Pro Moto Unlimited class was led by Santiago Creel. Creel was also a member of the third place team.

Mark Samuels:  “After I got hurt, I had to go back to the drawing board and figure out what to do,” Samuels said. “I was pretty stressed, but I was fortunate to line up some riders with a ton of experience in Baja, and they all rode flawlessly. The only real issue we had all day was a short in our lighting system right off the start, so we swapped it out at a pit. Apart from that, everything went great for us, while the other top teams had some issues. It was kind of different being on the sidelines for this one, but it was also pretty special to sit back and be the manager and watch our guys perform.”