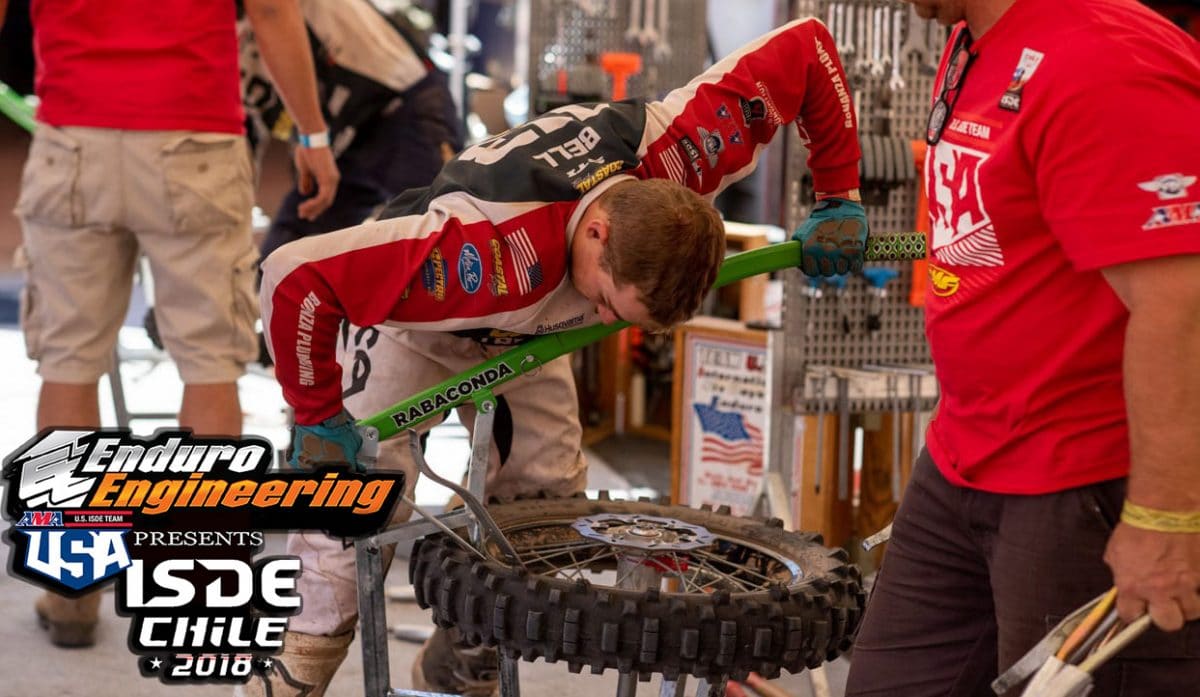 In the World Trophy class, Australia put on an impressive ride by taking the lead over USA by 1:31. Australia’s Daniel Milner took charge by winning five of six tests and winning the day’s overall.  He was followed by teammate Daniel Sanders, and USA’s Taylor Robert.  Taylor holds onto the combined individual overall by a mere three seconds. Italy maintains third place in the standings 3:23 behind Australia. Not everything  is rosy for the Aussies, though. Lyndon  Snodgrass was forced to retire with a blown engine. That means Australia can’t suffer any missteps for the rest of the week. Going into day three and four the riders will be racing on three new tests giving everyone a fresh new start.

Australia’s Woman’s team continues to lead the standings over team USA, Spain would finish the day in third place.

THE WEEKLY FEED: ISDE UPDATES AND HOW THE KTM 300 REWROTE THE RULES