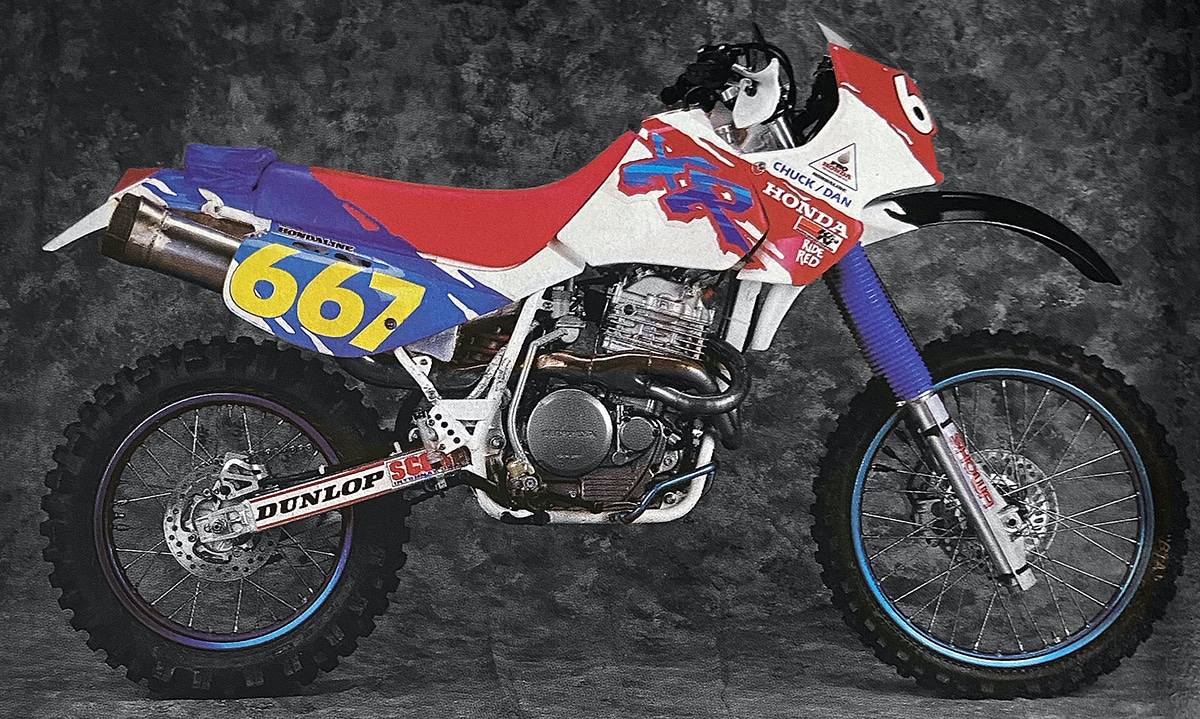 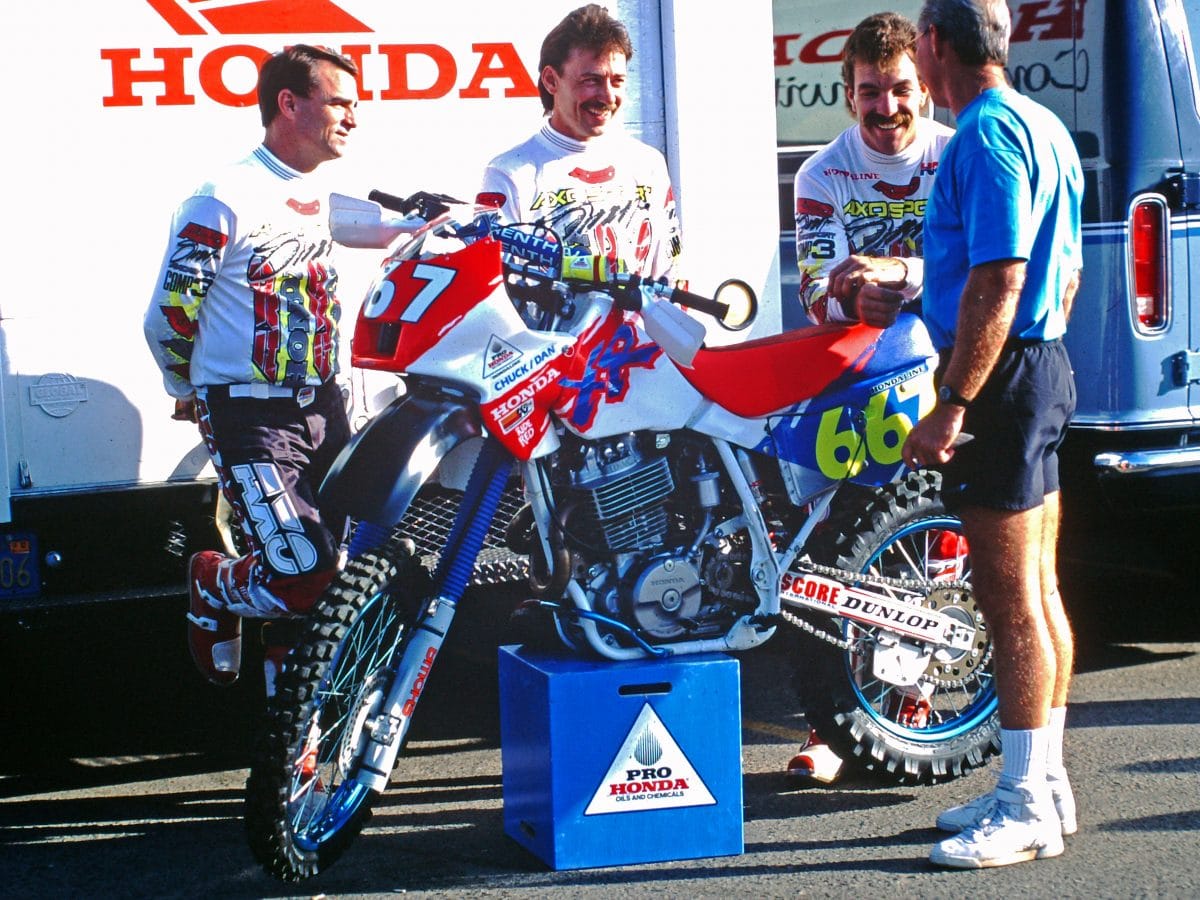 In 1991 Honda started to get desperate to find ‘something’ to compete with Team Green’s KX500 and their strong list of racers they had on contract. Honda built a few ‘special’ XR628 machines for the 1991 Baja 1000 with Dan Ashcraft and Chuck Miller piloting the American Honda entry.

The frame mount fairing and aluminum fuel tank were HRC parts, the chassis was modified to have a removable subframe and the suspension was Factory Showa. The engine featured a ‘Power Up’ 628 Kit, used a special stainless steel exhaust system and the cylinder fins were huge on the air-cooled machine.

While the special Honda XR628 finally had the top speed to hang with the Green 500’s, the newfound power catalyst was not nice to the lower end on the XR and she let loose well before the end of the 1000-mile trek which was won by the Larry Roeseler-Ted Hunnicutt and Marty Smith team- the fourth in a row for Team Kawasaki.