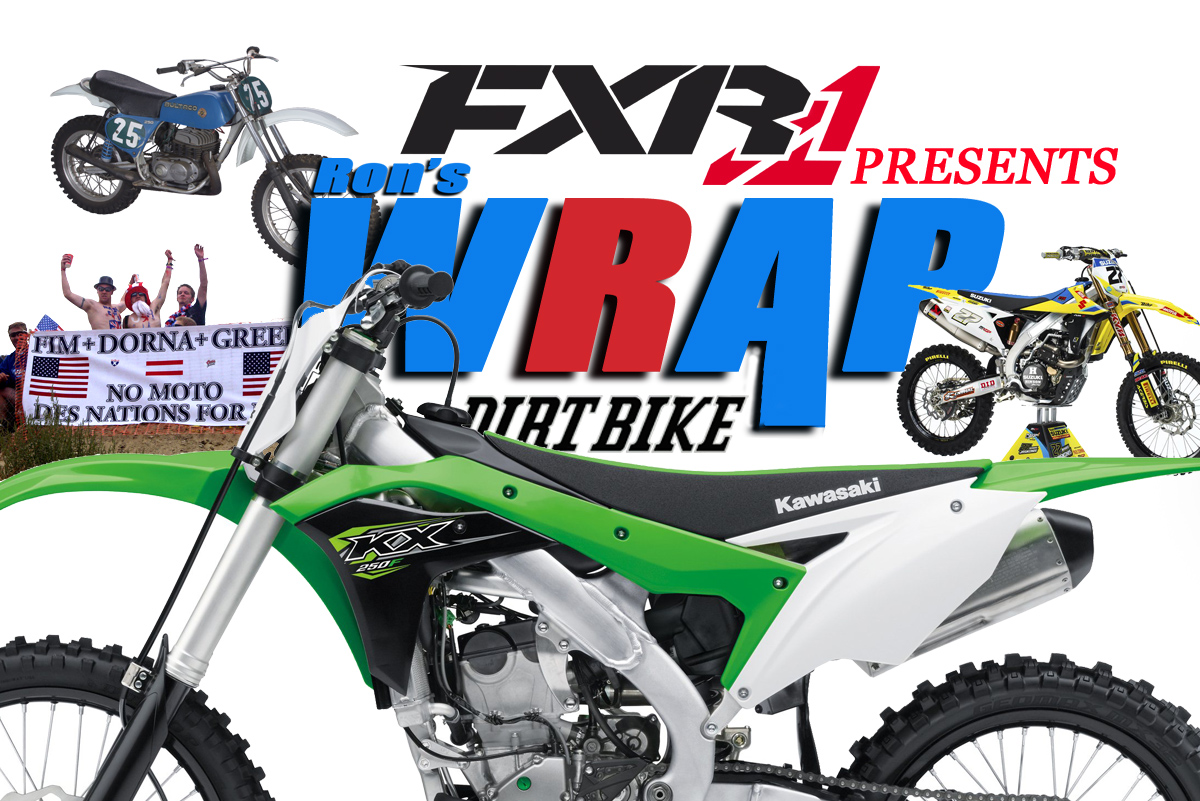 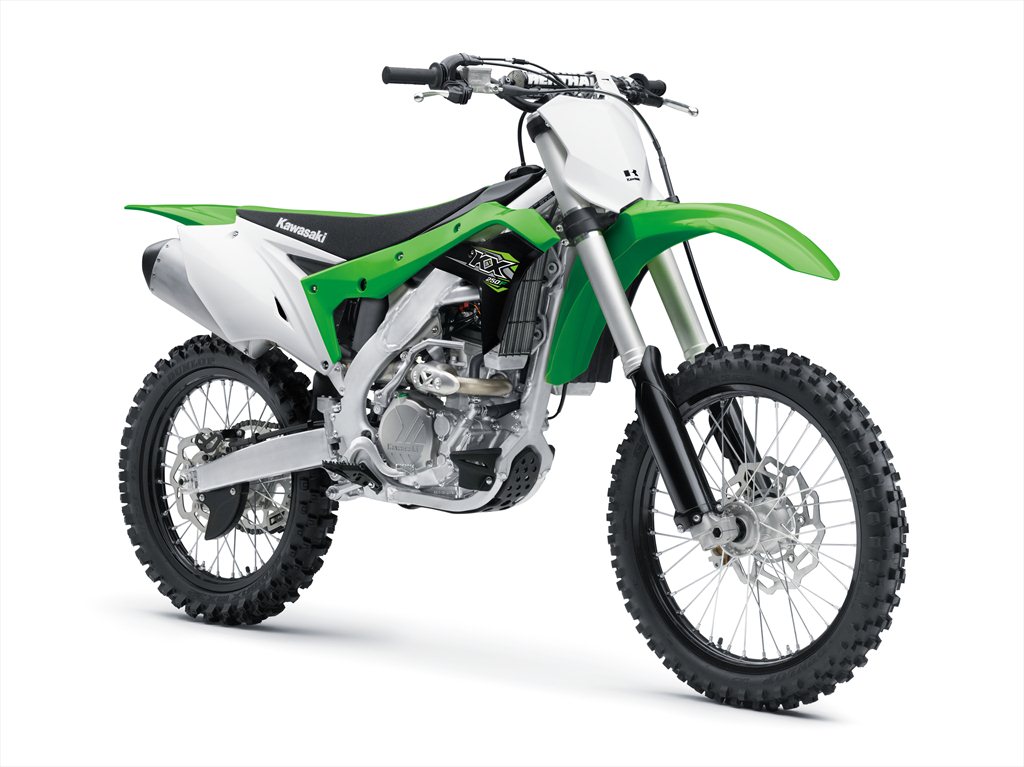 You would think that there would be very few secrets by the time we get to new model release time each year. Kawasaki can still surprise us, though. Earlier this week, the 2018 KXs were announced. Here was what we expected: some suspension changes and very little else. A year ago, we were thinking that the 250 would eventually get the Showa TAC air fork just like the 450. Since then, the climate has changed, and the Showa Air fork hasn’t turned out to be a big sales features, so we were speculating on a new coil spring fork. The motors, on the other hand, we figured would be the same for a long time to come. Wrong on all counts. 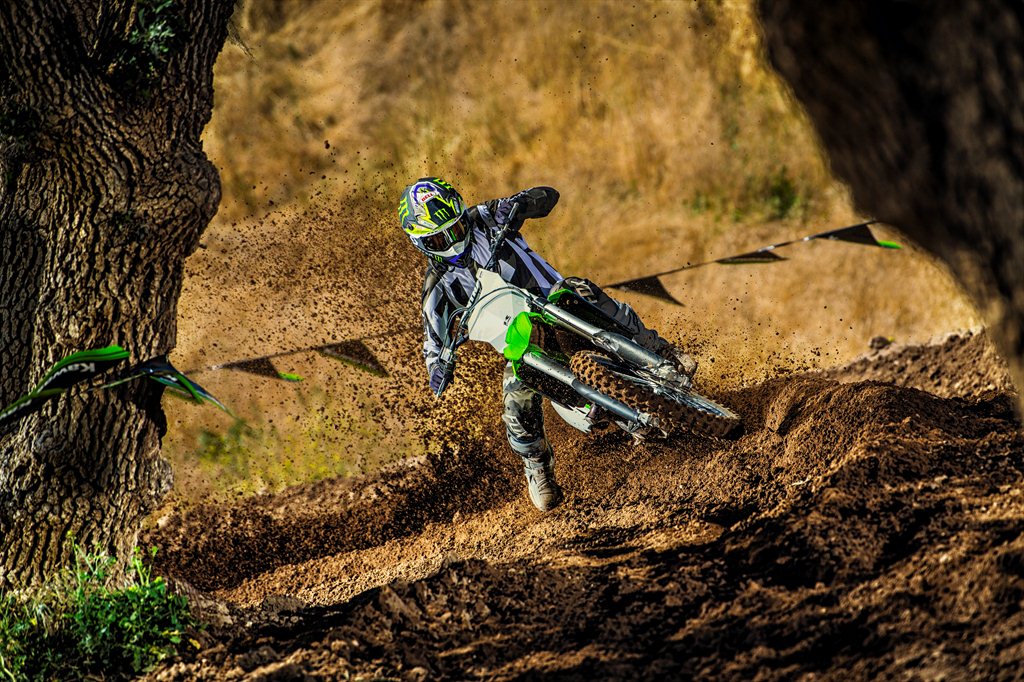 The information released on Monday reflects no significant changes in front suspension for either model. The 450 still has the Showa TAC and the 250 still has the single-spring SFF. The 250 motor, on the other hand, has some changes. The bike was all new in 2016, but it was perhaps a little disappointing. In the Dirt Bike shootout, it finished in fourth, which was its worst showing ever. We didn’t dislike the bike, but the Yamaha was still the favorite among novices because it was so torquey and easy to ride. Among Pros, there was no arguing with the KTM and Husky, which were much faster and lighter than anything else. Because the KTM and Husky were 90 percent identical, that pushed the Kawasaki back. 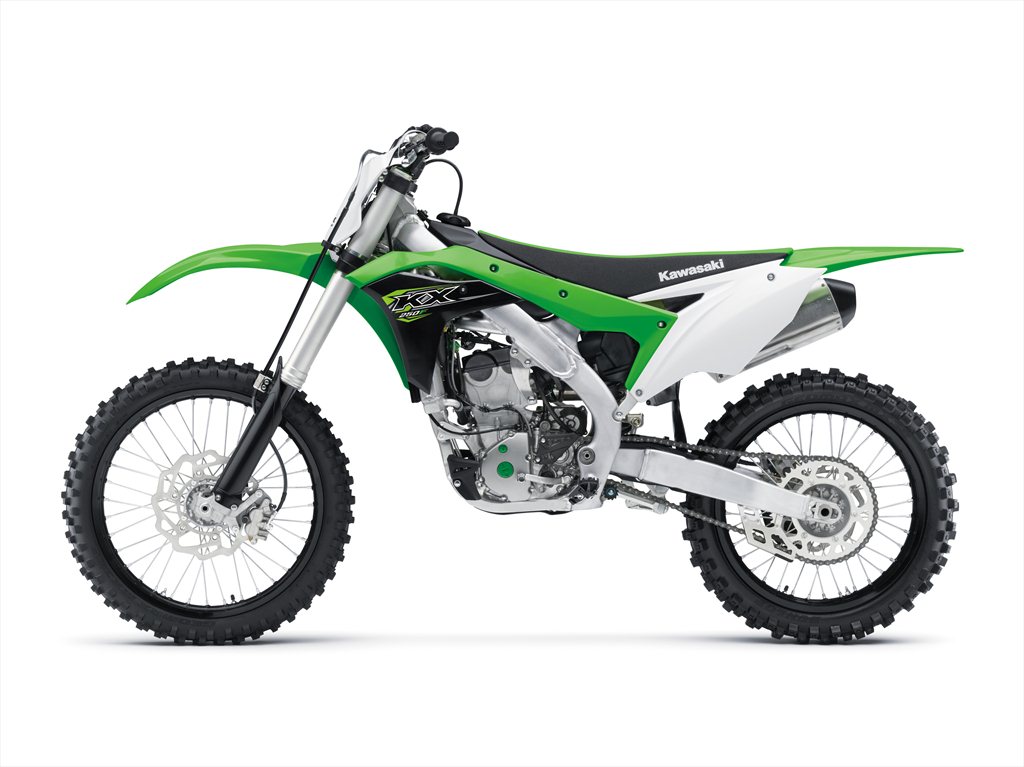 Kawasaki clearly went after more power for the 2018 250. The compression ratio has changed, it has an different angle for the injectors in the throttle body, it has a new intake cam, a new head pipe and the head itself is different in the intake tract. 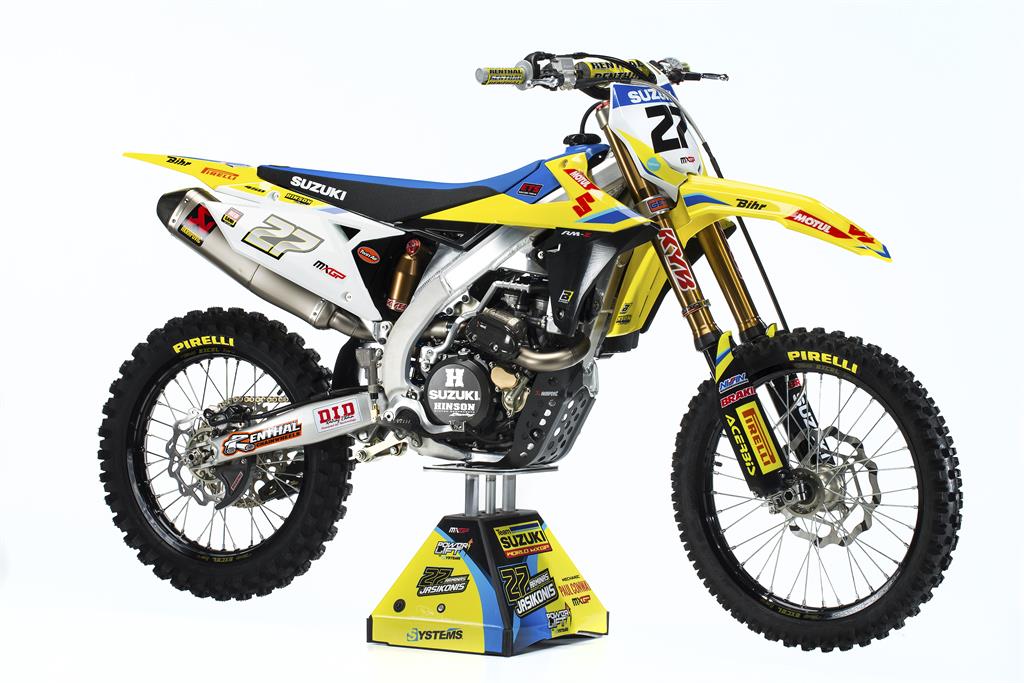 With KTM, Husqvarna, Kawasaki and Honda (the CRF450R) out of the bag, that leaves Yamaha, Suzuki and the Honda CRF250R as the main  bikes left to be seen for 2018. Yamaha will announce what it has next week, but Suzuki hasn’t said much since the introduction of its GP team in February. Arminas Jasiknis and Kevin Strijbos have been racing what they call the Suzuki RMZ450WS in the MXGP world championships this year with occasional success. This bike is presumably what we will be seeing from Suzuki for 2018. The chassis is new and the motor is very similar to the existing bike. It’s interesting that Honda and Yamaha (according to rumor) have gone to electric start, joining KTM and Husky. Kawasaki and (presumably) Suzuki are sticking with kickstarters. Next week will be very revealing. 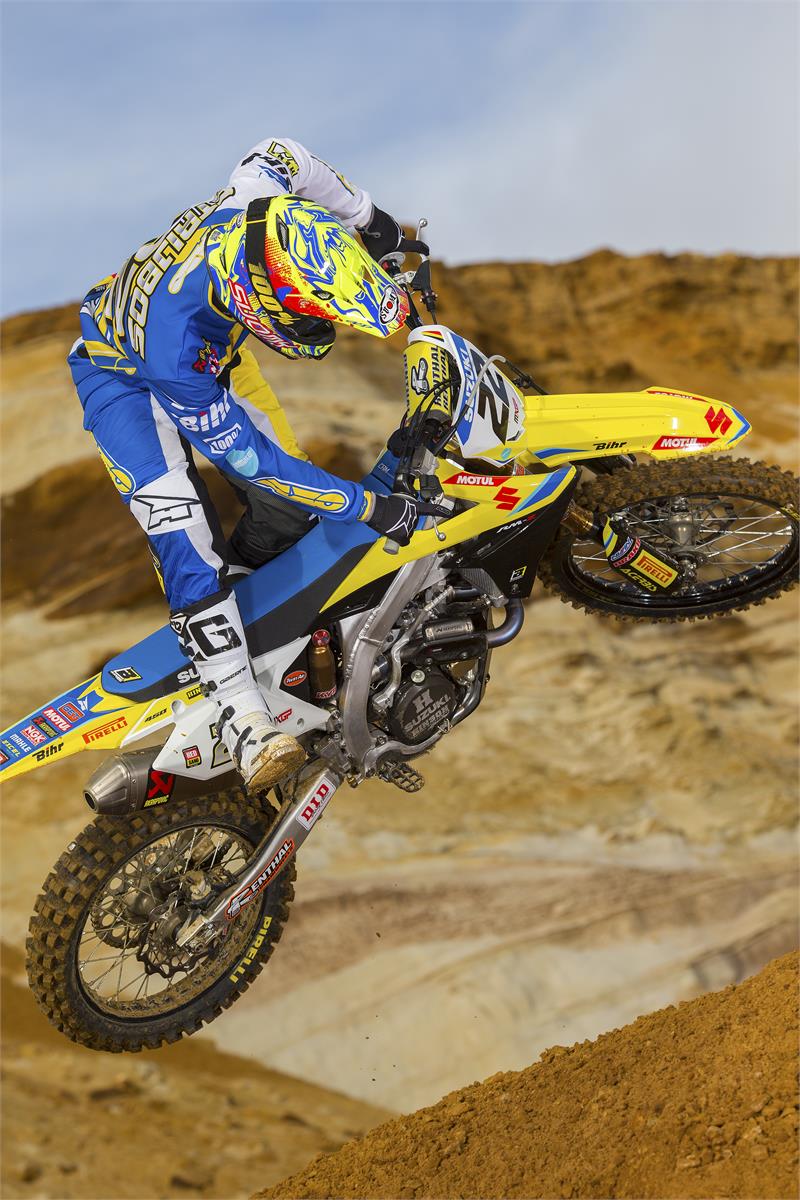 A DAY AT THE EARLY YEARS OF MX MUSEUM 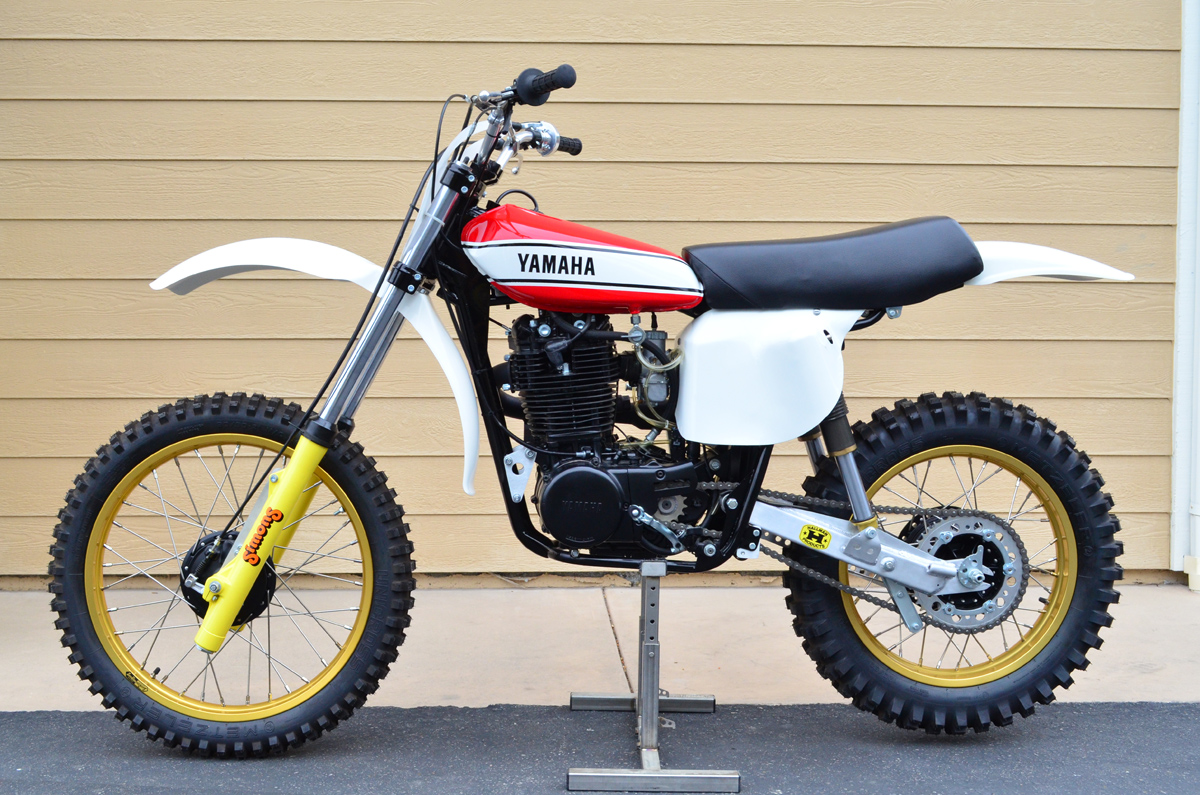 I spent most of yesterday at Tom White’s place. As many people know, he has a fantastic collection of about 140 pristine dirt bikes, mostly from the ’60s and ’70s. Travis Fant and I are putting together a video series of some of Tom’s favorite bikes, in the same vein as Jay Leno’s Garage. That, by the way, is a great Youtube channel worth checking out. What ‘s amazing about Tom is that he knows all 140 bikes intimately. He can talk about them all in depth right off the top of his head, no research necessary. Yesterday we recorded videos on four different bikes like the one pictured here. Travis is hard at work editing right now, so you’ll be seeing the first in that series soon. 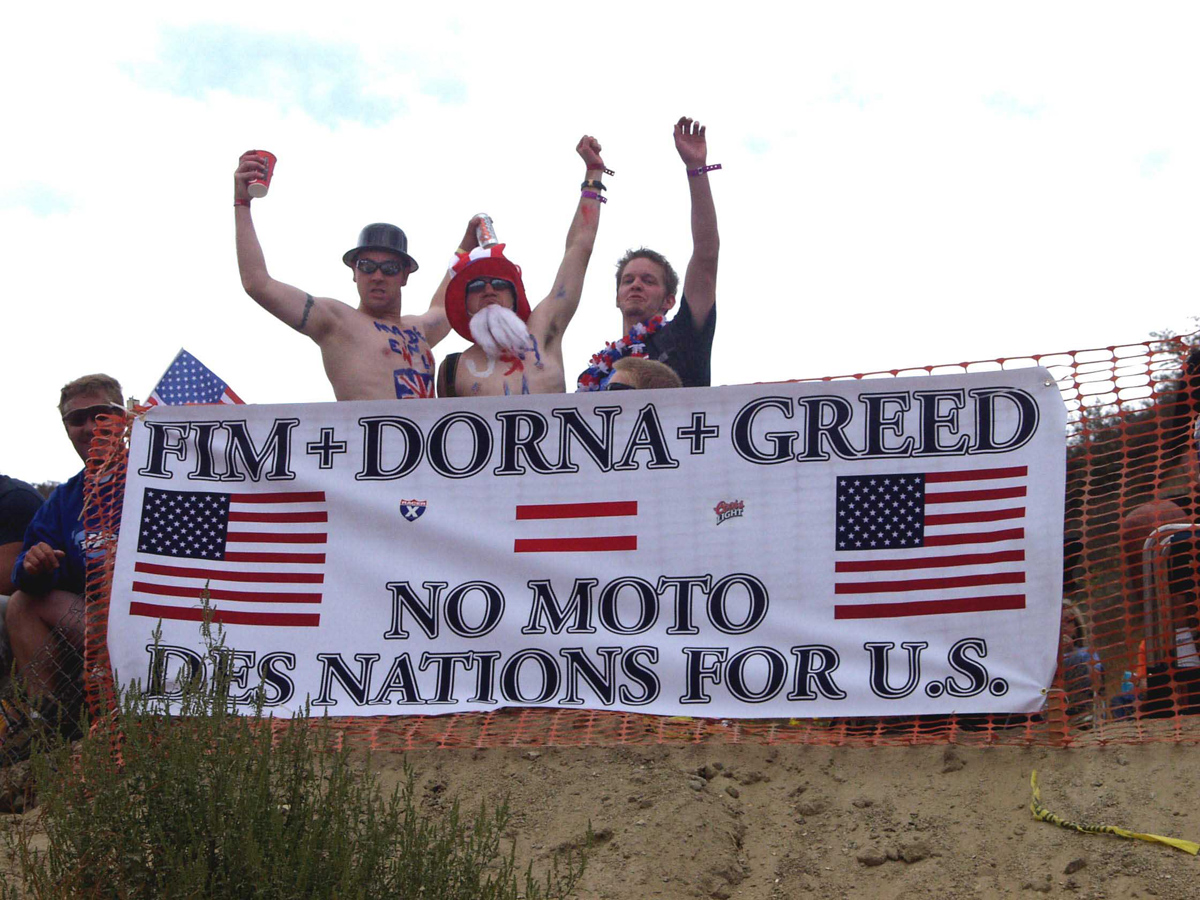 I recently ran across some very interesting photos of a forgotten event from 15 years ago.

The 2002 Motocross of Nations was to be held in California on September 29, 2002 on Indian land. Unfortunately, the event was canceled when the FIM lost faith in the event’s organization, and moved to Spain. Greg Primm and Bud Feldcamp at Glen Helen wanted to go forward with the event–or some kind of international contest–for teams that were already on the way, and so the first and only World Cup of Motocross was held at Glen Helen.

About 15 countries were represented with legitimate teams of three riders each. The U.S. team consisted of Kyle Lewis, Tim Ferry and Sean Hamblin. The best team of the match was Australia, which had Chad Reed, Michael Byrne and Craig Anderson (Chad’s cousin). Reed was the top rider, winning two of the three motos. USA was second, ahead of Canada. Some of the other notable riders were Greg Albertyn, who came out of retirement to ride for South Africa, Ernesto Fonseca, Akria Narita and James Dobb. There was also a Fast Masters class with an amazing line up, including Doug Dubach, Jeff Emig, Ryan Hughes, Jeff Ward, Marty Smith, Erik Kehoe, Jeff Matiasevich, Micky Dymond, Danny LaPorte, Mike Healey, and Chuck Sun. 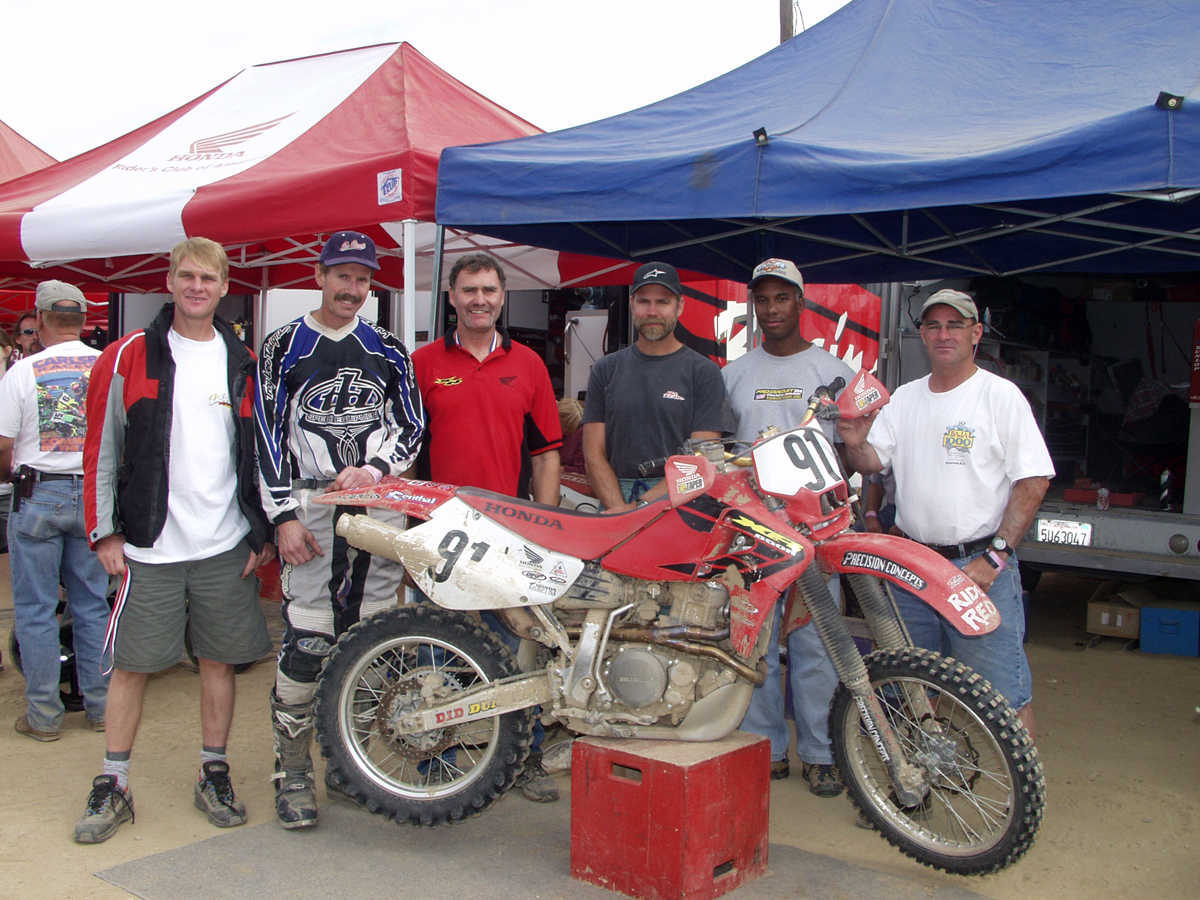 This is the most amazing group of riders I have ever had the honor to ride with. The photo is from the 24 Hours of Glen Helen 15 year ago when I rode on a team of legends. From left to right: me, Brent Wallingsford, Gary Jones, Bob Rutten, Andy Jefferson and Bruce Ogilvie. I don’t remember exactly where we finished, but you can tell from the looks of the bike, there were crashes involved. I’m pretty sure we still did well. Guys like this are hard to stop.