FIXING THE HONDA CRF250RX: THE WRAP 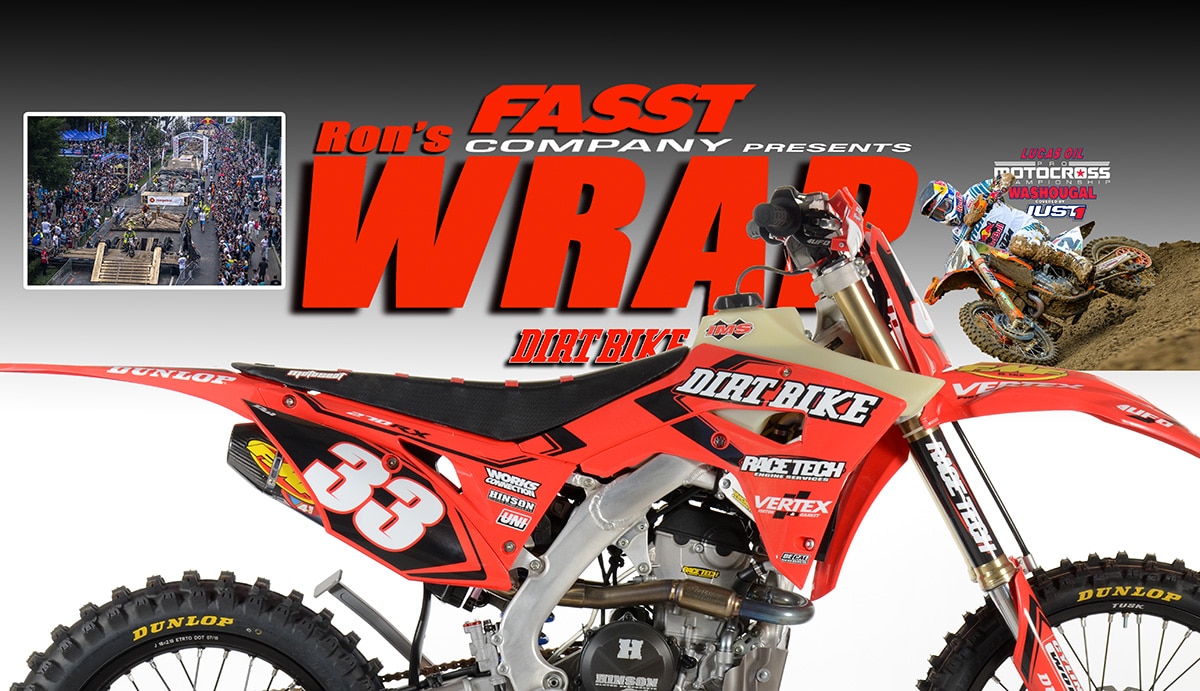 The CRF250RX is the right idea, but Honda didn’t go far enough.  American off-road riders clearly want off-road bikes that are more manageable than full-size 450s. Just look at the success of the KTM 350 and all the new 300cc two-strokes. That was the motivation behind the 250RX, which is an off-road version of the CRF250R motocross bike. The problem is that the Honda 250 already had one fundamental weakness that was only worse as as off-road bike. It’s a weak suck down low. The CRF250R and the RX are both top-end screamers with very little torque below. That’s not good off-road material.

It seems a no-brainer that displacement is the answer. The bike should have been designed as a bigger bike in the first place–all the European companies understand this, but Honda and the other big Japanese makers are generally afraid of coloring outside the class lines. We got Jay Clark of Cylinder Works to spearhead a project where we took one of the first 270cc kits available and punched out the 250RX. The bore was increased by 3mm and an 82mm Vertex piston was used. To get the most out of that, remapping would also be necessary. The Honda isn’t a bike that lends itself easily to this. Beyond the three pre-loaded maps that can be selected through the handlebar-mounted switch, it requires a lap top and Honda’s software to make changes to the stock ignition. The Vortex ECU makes for much easier map changes. Andrew at Race Tech developed the map on the dyno. The pipe for the project was an FMF Full Ti Powerbomb system with twin RCT 4.1 Mufflers. 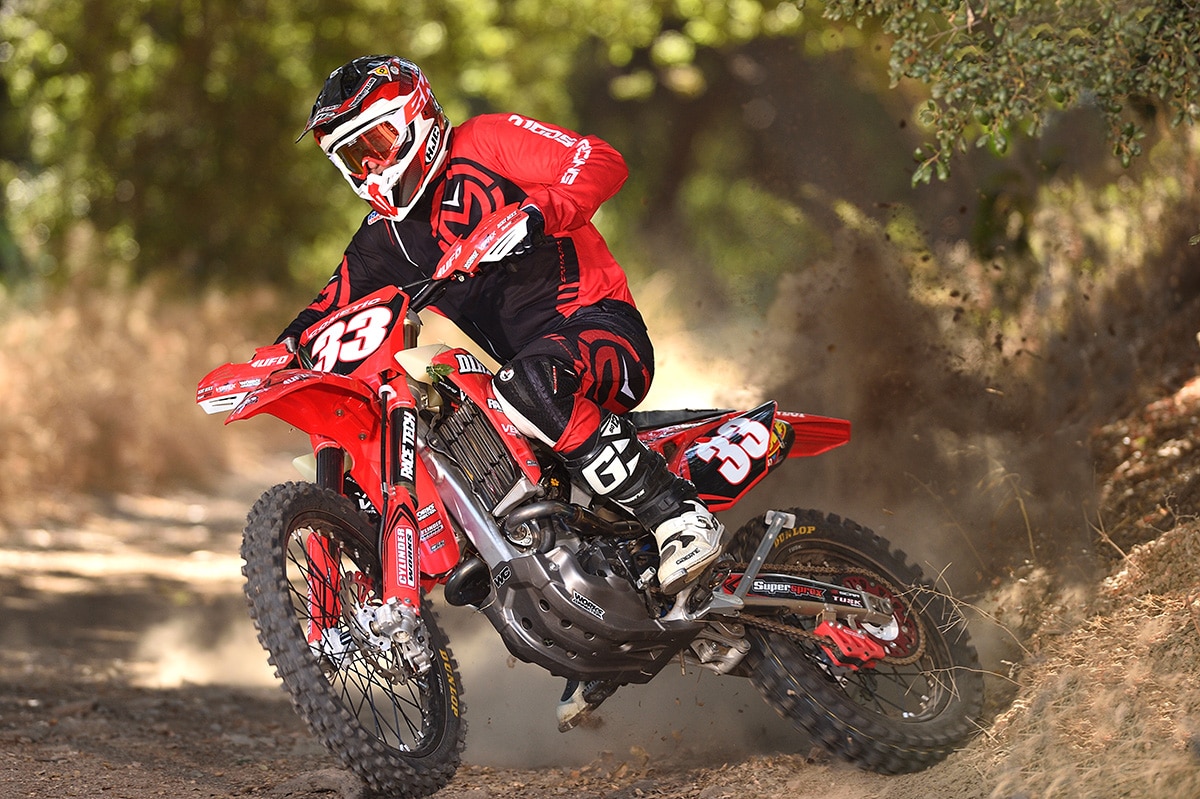 Race Tech is primarily known for suspension and they set up the fork and shock for fast western-style trailriding.   In the airbox, the back-fire screen was also removed. Then we kept going with the project to finish remaking it as an off-road bike–a job that Honda only started. The fuel-tank, for example, is larger on the RX, but still not capable of the range we would like. That’s why we installed a 3-gallon IMS tank. That’s 3 quarts more than stock. Because we don’t know where to stop, we also gave the bike a full Hinson clutch and a long list of our favorite off-road accouterments from companies like Works Connection, TM Designworks and Dunlop. Decal Works, UFO and Motoseat gave it the look we wanted. 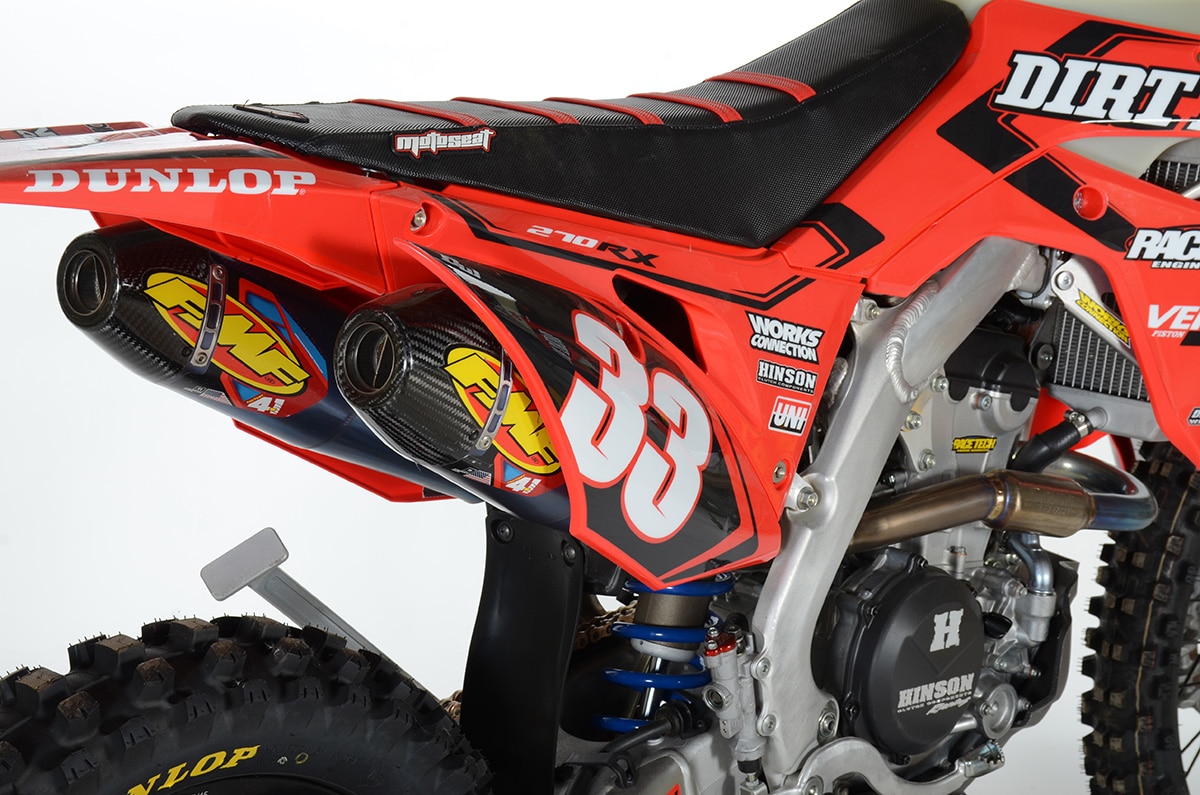 When it was all together, our first ride on the bike was a bust. Somewhere in the process, we shorted out the battery and the bike was dead. In these days without kickstarters, a dead battery can have side effects that go beyond the electric starter. When we bump-started the bike, it wouldn’t run well at low rpm. A battery replacement was necessary.  On take two, everything worked as it was supposed to. Actually, it worked even better than we hoped. The bike had much more snap down low and it didn’t have any of the usual drawbacks of big-bore kits. All too often, they make a bike hard to start, increase vibration and cost rpm on top. None of those things happened here. It’s as if the bike were designed to be a 270 in the first  place.

The Honda is already a great handling bike. The suspension changes were aimed a little more at trail riding than racing, which made the bike a gas on tight trails. We like the change so much, we can’t help but wonder how the bike would react to even more displacement. What if it were a 300 with increased stroke? We will have more on this bike coming in the October, 2019 print edition of Dirt Bike. 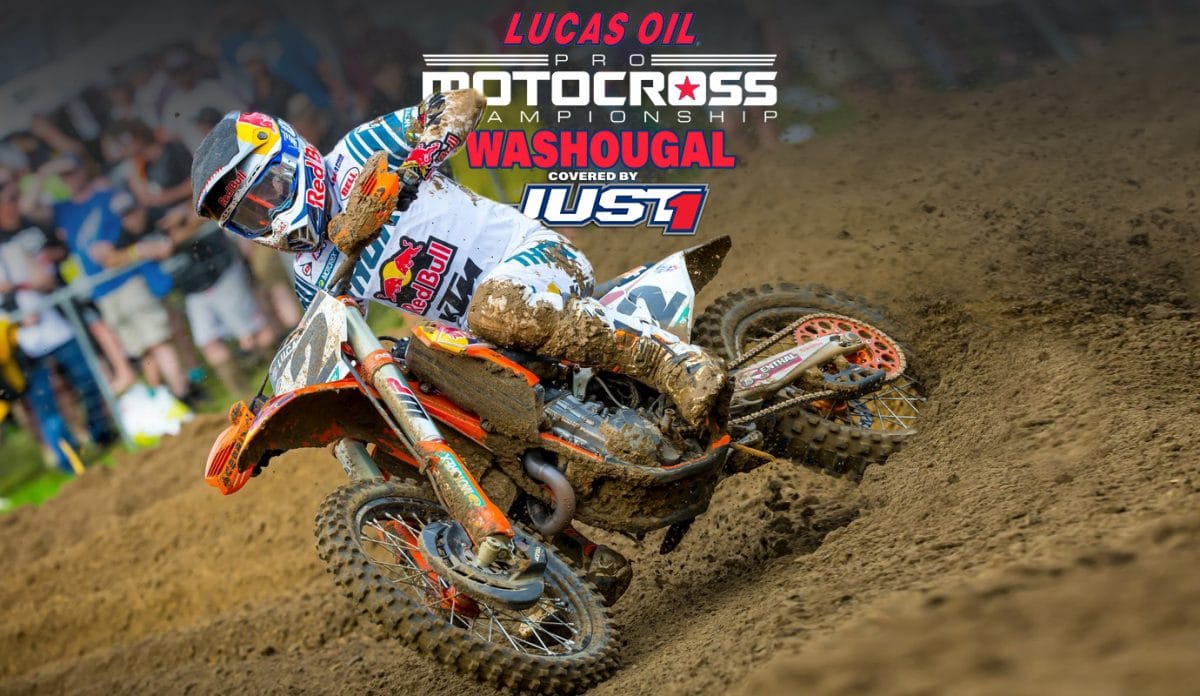 Some crazy stuff has been happening in the Lucas Oil Pro Motocross Series. Last week at Millville, it looked like it would be a complete muddy disaster like last year. The rain came down, but it wasn’t as bad as it could have been. Cooper Webb suddenly found his speed and won both motos, but it was Ken Roczen who really made things exciting. He passed Webb near the end of the second moto for the lead, then Webb returned the favor. During all that, Tomac was a few spots back riding very conservatively. Everything is in place for a great last few races. There are only three rounds left after this weekend in Washougal. Click here for all the Pro MX results, which will be posted live by our man on the scene, Brandon Krause. 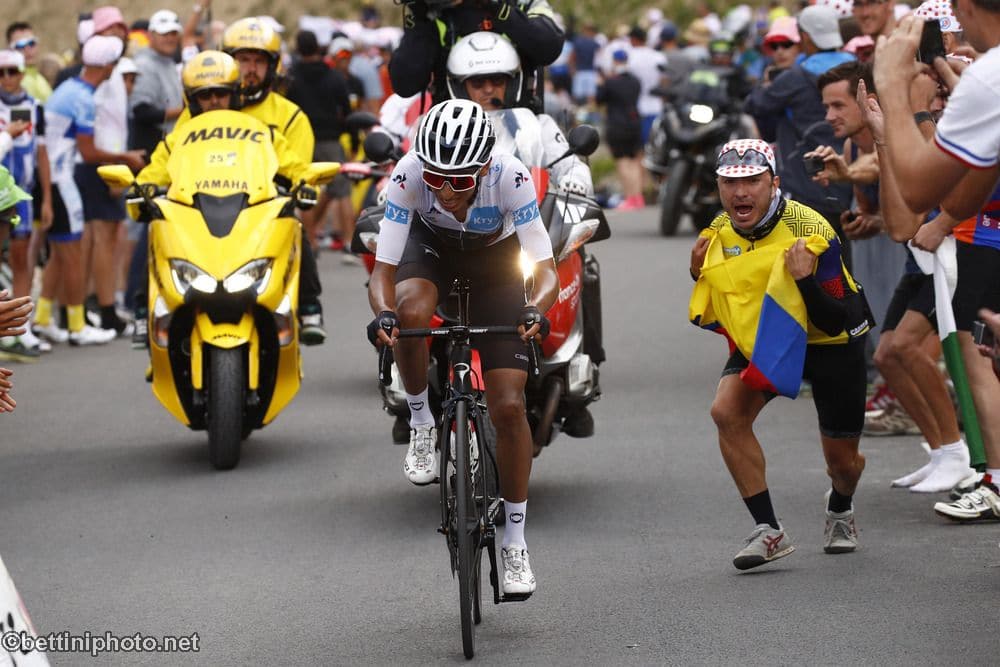 Okay, I’ll admit it. I’m a bicycle nerd and I love the Tour. Today was a wild stage that was cut short by a crazy snowstorm in the Alps. The organizers declared that the finish was moved to the top of the second-to-last summit after the riders had already gone by. That completely messed up French overall race leader Julian Alaphilippe, who crested that mountain two-minutes behind Colombian rider Egan Bernal, but was catching up like crazy on the following downhill. The result was that Alaphilippe lost the yellow jersey. There’s only one mountain stage left now, followed by the parade in to Paris on Sunday. Our sister magazine Roadbikeaction has all the insights in their Tour de France coverage here.

The Romaniacs starts next week as round five of the World Enduro Super Series. It should be awesome and it can be watched on Red Bull TV. Here are some fast facts:

Championship Standings (After Round 4 of 8)

THE WEEKLY FEED: Mike Kiedrowski, the MX Kid going for gold at the ’03 ISDE