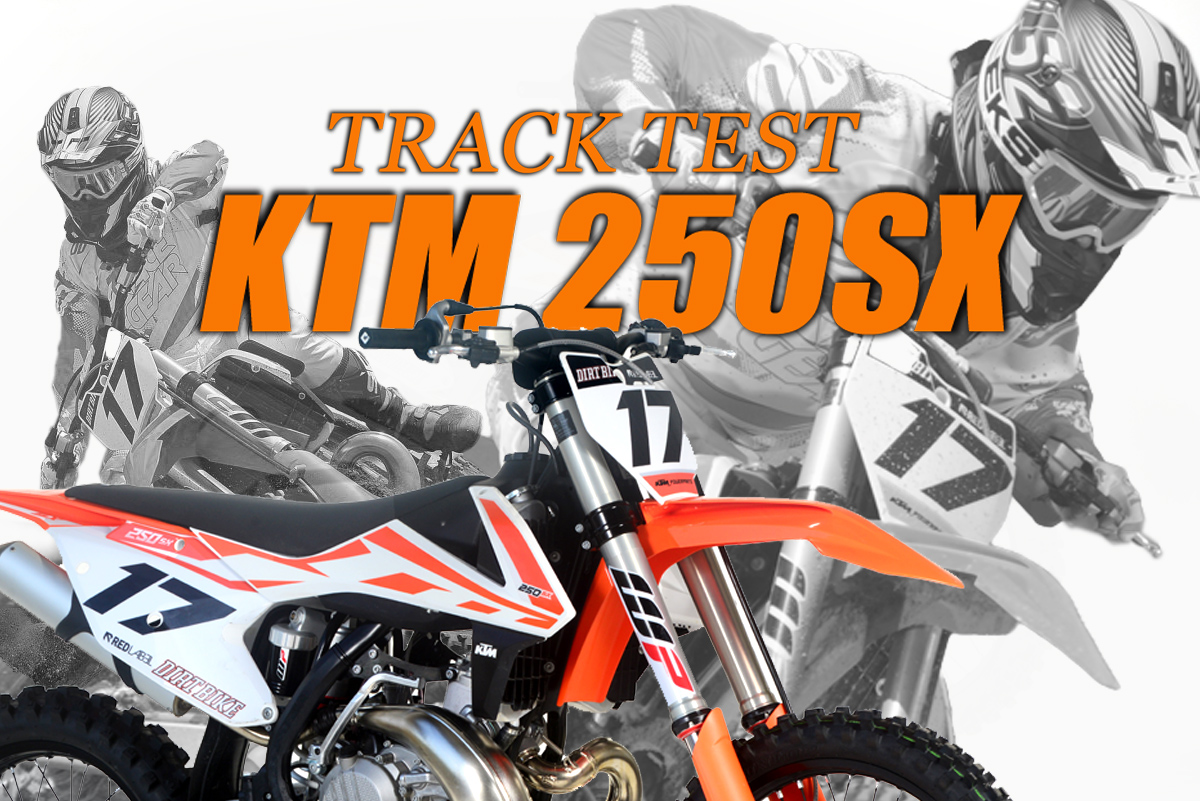 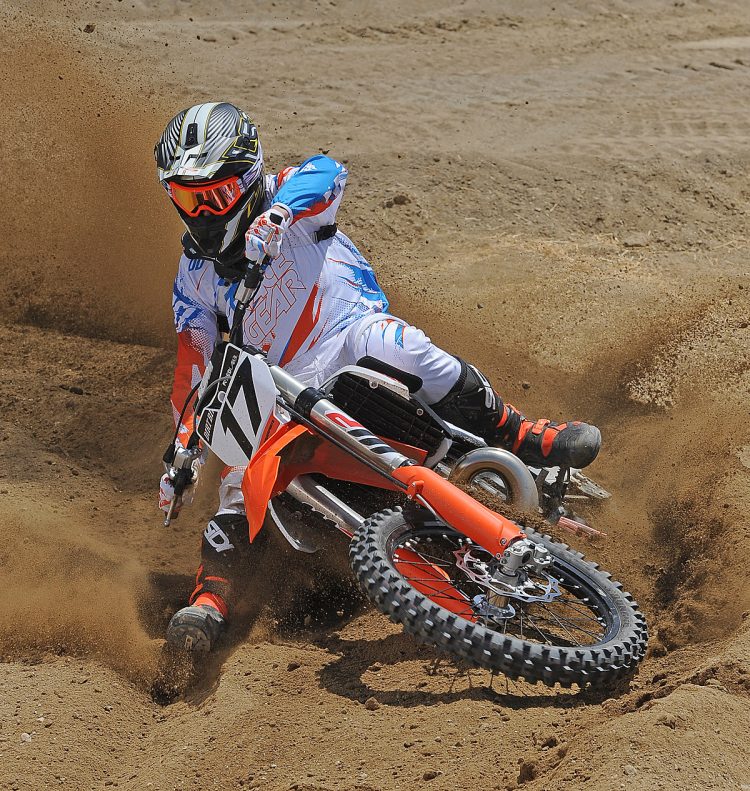 KTM, who just a few short years ago was laughingly called a niche marketer and a not a threat by the big 4, released their brand new 2017 KTM 250SX 2-stroke to Dirt Bike. The intro was held at Glen Helen’s National track and while the 250SX shares virtually nothing with the 2016 model other than the air in the tires- it is most assuredly a game changer in the 2-stroke dirt bike world! 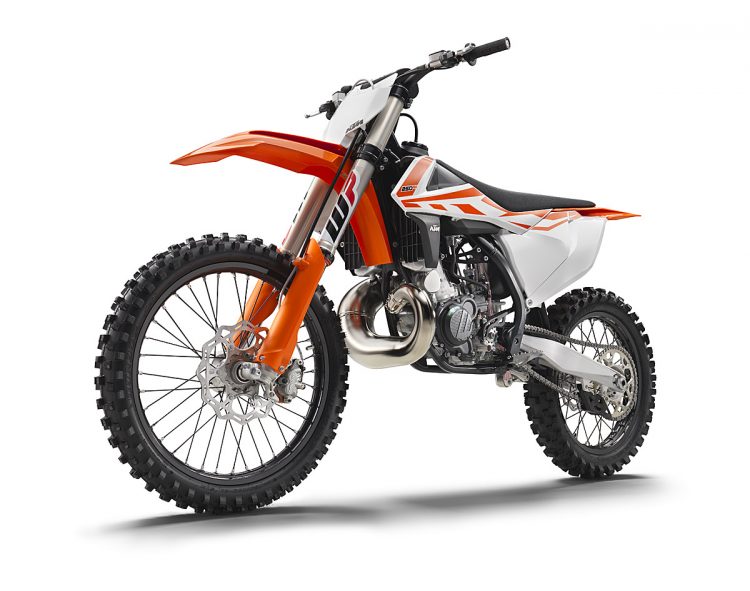 Starting at the motor, the 249 cc engine is all new, more compact for better mass centralization, has a new cylinder with twin-valve controlled power valve for longer, broader power. A new lateral counter balancer reduces engine vibration (up to 50%!) and the 5-speed gearbox has been reworked to shift easier with more precision. The hydraulic clutch operates through a DDS with an internal damping system for better traction and durability. And for the first time since 1988, KTM has switched from the Keihin carburetors to a 38mm Mikuni TX carburetor for smoother and more controllable power delivery. It is also less sensitive to altitude and temperature changes. 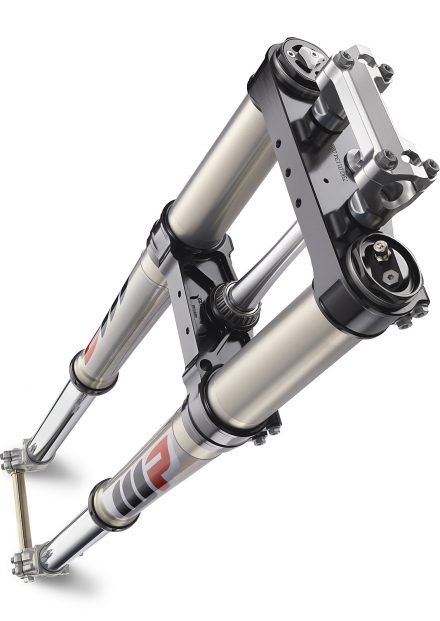 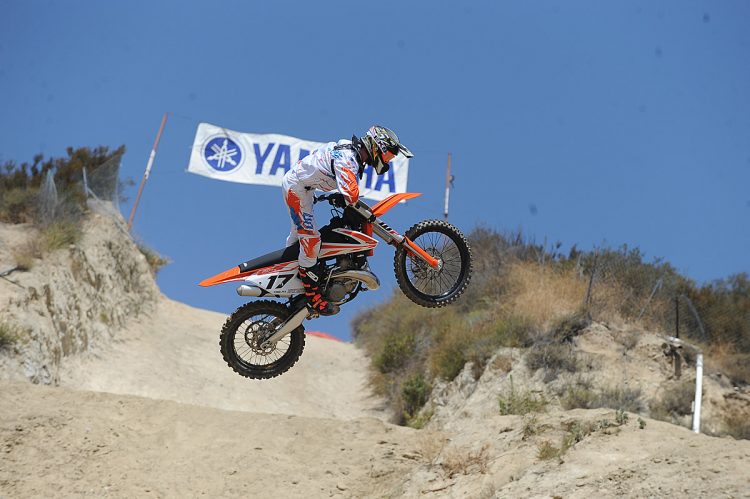 First, another first here, we weighed the bike at 211 lb. with no fuel!!!!! The bike requires a decent kick to gain fire, but it starts easily. The power is very strong initially, almost to the point of being abrupt. The pull is long, fairly flat after the strong roll-on and accelerates in a long flat arc. The shifting is very smooth; the clutch pull is wonderfully light and packed with good engagement ‘feel’. One huge gain is in the lack of vibration, this machine benefits from the new engine design and excellent counter-balancers and is worlds better than older KTM 2-strokes. 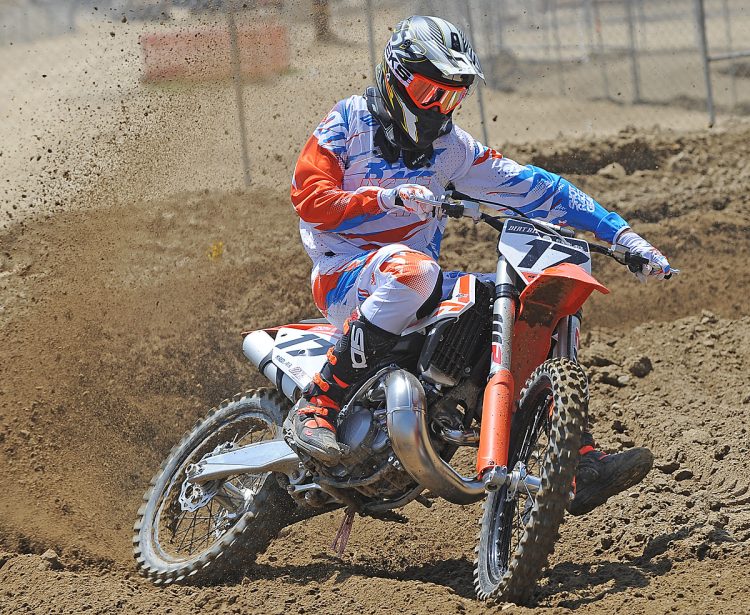 And it feels and handles ‘light’. The machine is nimble, we’d like to praise the suspension but to be honest other than taking on the big Glen Helen jumps quite nicely, the track really didn’t get chewed up enough to make a proper evaluation. The WP AER fork is definitely plusher than the 4CS and takes the big hit smiling, but we‘ll follow up with settings and preferred air numbers down the road. Handling wise the machine is maneuverable, flickable and likes to be pushed in the turns. The rear brake actually felt weak until we got used to it, the new bodywork and ergos target an average sized rider and top marks go to the traction factor plus bars, grips and levers and a saddle that has a proper feel to it. 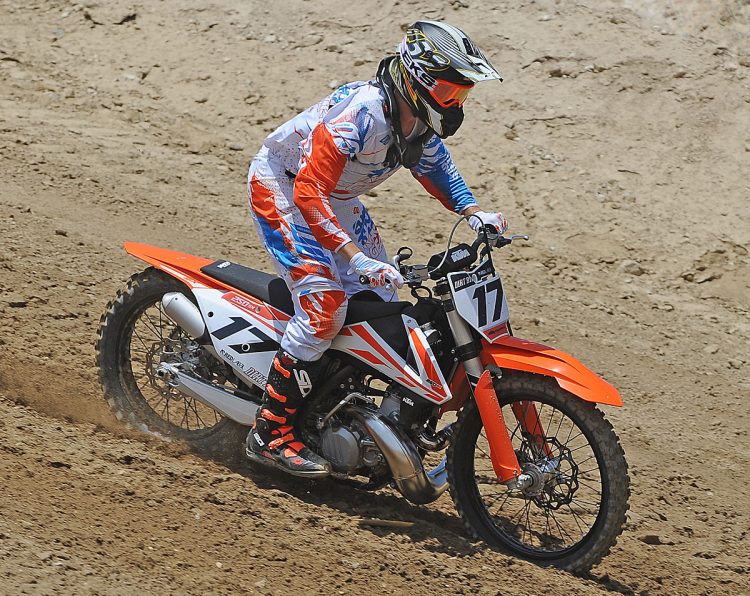 Stay tuned for a deeper and more technical test on the ’17 KTM 250SX in the September issue of Dirt Bike.

THIS WEEK’S WRAP UP