THIS WEEK’S WRAP UP 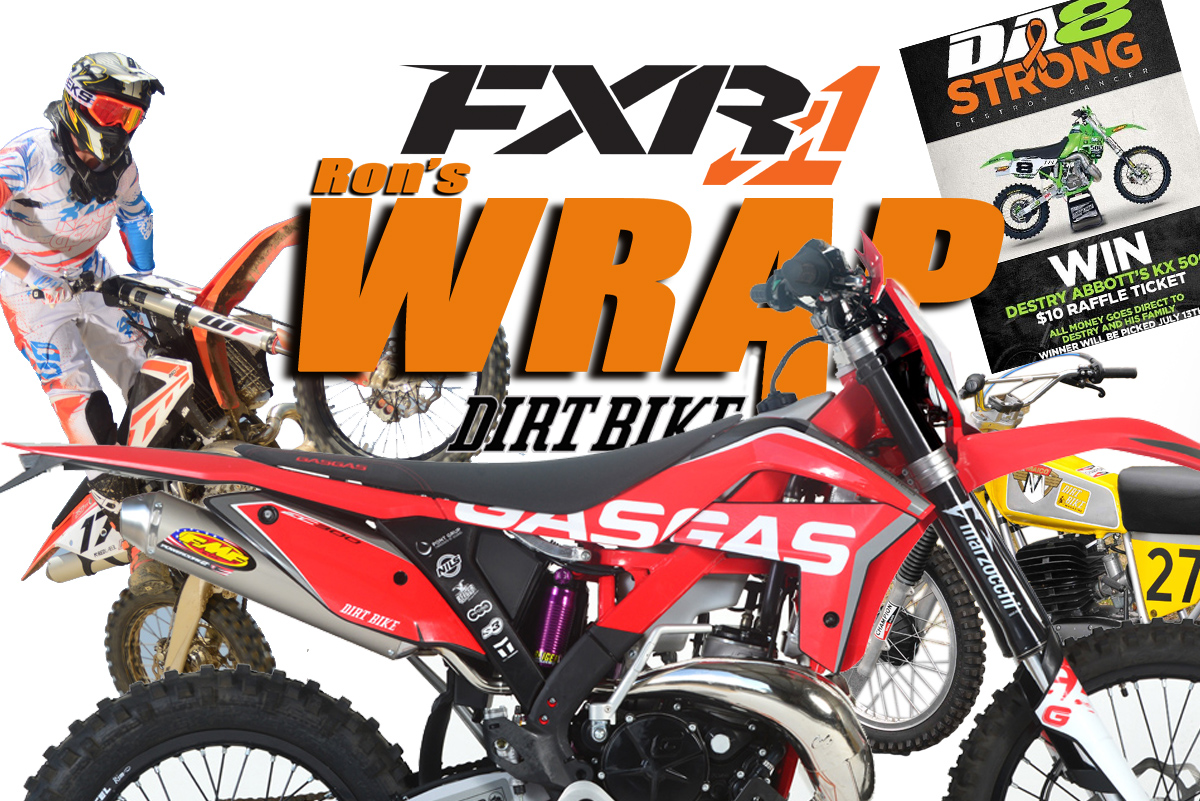 TWO-STROKES AND THE FEDS 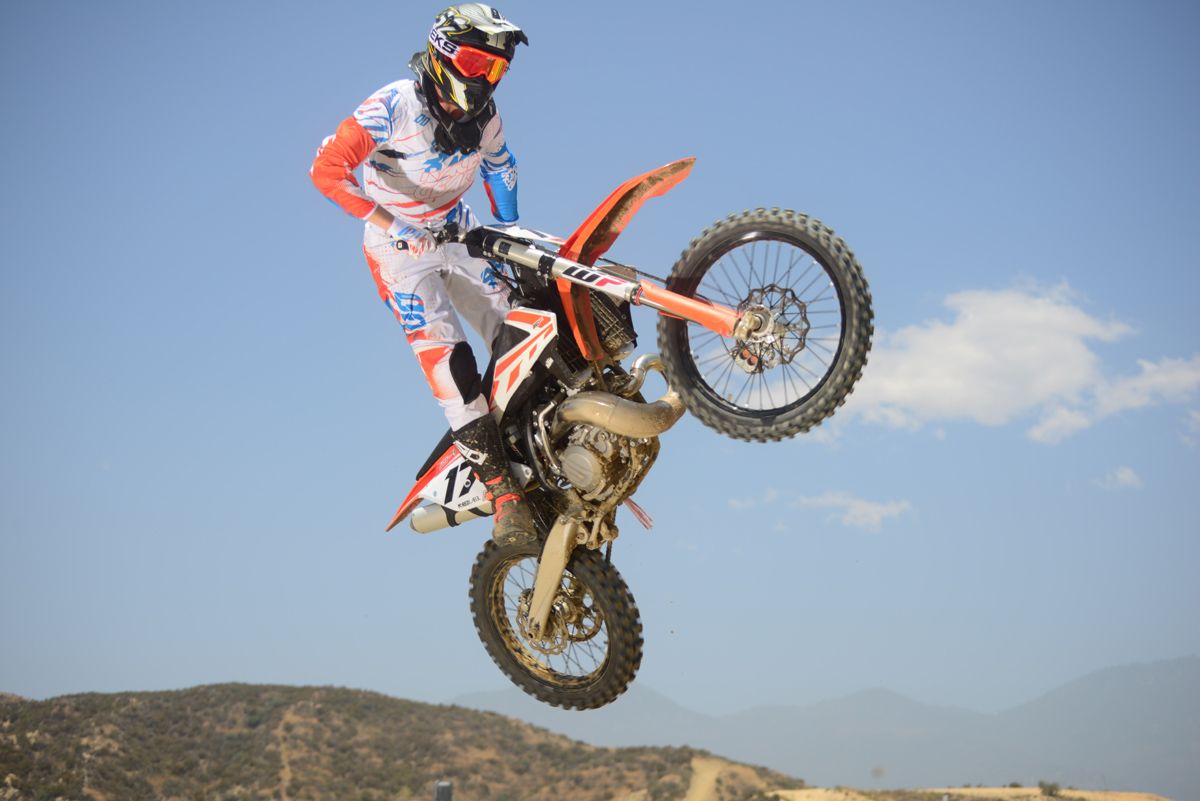 This week was all about riding the first new 250cc two-stroke MX bike in about 100 years. The KTM 250SX is here and it’s stunning. That motor platform will be used for eight bikes between Husqvarna and KTM. In production numbers, it will be the biggest run from the factory. Think about that: a two-stroke will top the production chart for one of the biggest motorcycle makers in the world.

The question everyone keeps asking is about fuel injection. Why does it still have a carb? People think that if it had some new technology, it would be EPA legal, maybe even street legal. The answer is straight forward enough: it is fuel-injected in Europe, and that’s still not enough to make it legal over here. The KTM 300EXC in Europe will have throttle-body fuel injection, and it still needs to be dumbed down to less than 20 horsepower with governors and restrictors to pass Euro 4 testing. A direct injection EFI system like the one in Rotax snowmobiles and watercraft motors is cleaner, but still not clean enough. In California, the off-road emission requirements get more strict next year, essentially the same as the requirements for the road. The KTM 300EXC from Europe can’t make the cut.

So for now, there’s no point to have a fuel-injected two-stroke. Maybe there’s a clean two-stroke in someone’s R&D department right now, but we might not even recognize it as a two-stroke. Direct injection requires massive fuel pressure and a correspondingly massive fuel pump. The bottom line is that the new two-stroke is here and it’s light and fast, just like a two-stroke should be.

GAS GAS IS IN THE HOUSE 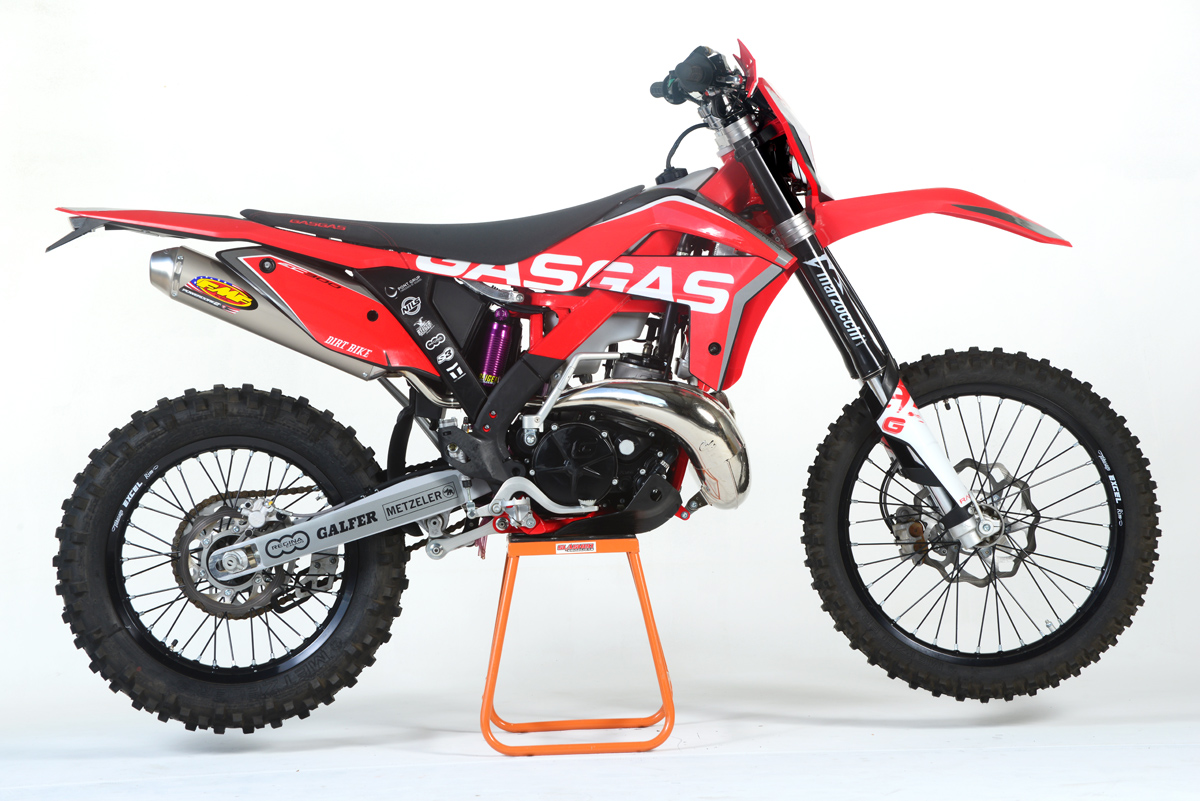 Speaking of two-strokes, we have our first Gas Gas in a few years. The EC300 is apparently street legal in Europe now, although it is probably dumbed down just like the KTM 300EXC. Thankfully, ours arrives on these shores without a throttle stop. Geoff Aaron is the Gas Gas representative now, and he wants to go riding with us on our first day of testing. How cool is that? 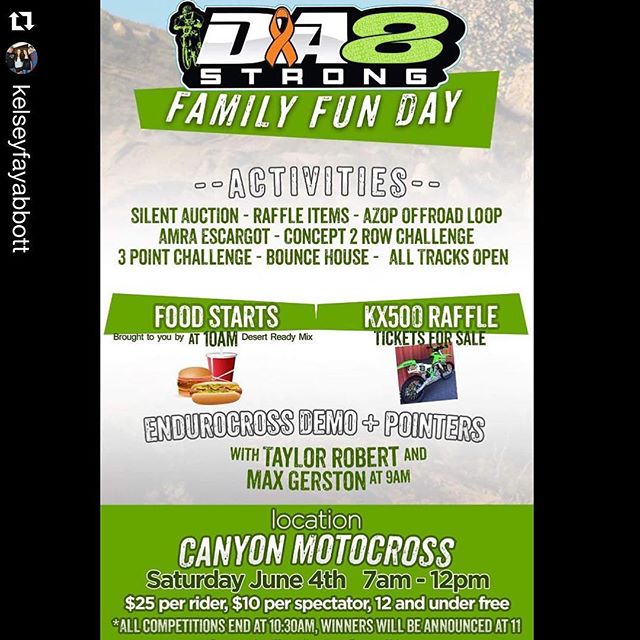 We’re all in a state of disbelief about Destry Abbott’s illness. Last month we did a photo shoot in Hesperia, and a week later he was diagnosed with Leukemia. He has been undergoing treatment since then. Saturday, June 4, Canyon Raceway near Phoenix is having a ride day to help him with the medical expenses. Off-road racers don’t get rich, and an ordeal like this can be devastating. The very same KX500 that we shot photos of is being raffled off, and will be given away on Destray’s birthday July 13th. You can get a ticket by clicking here. 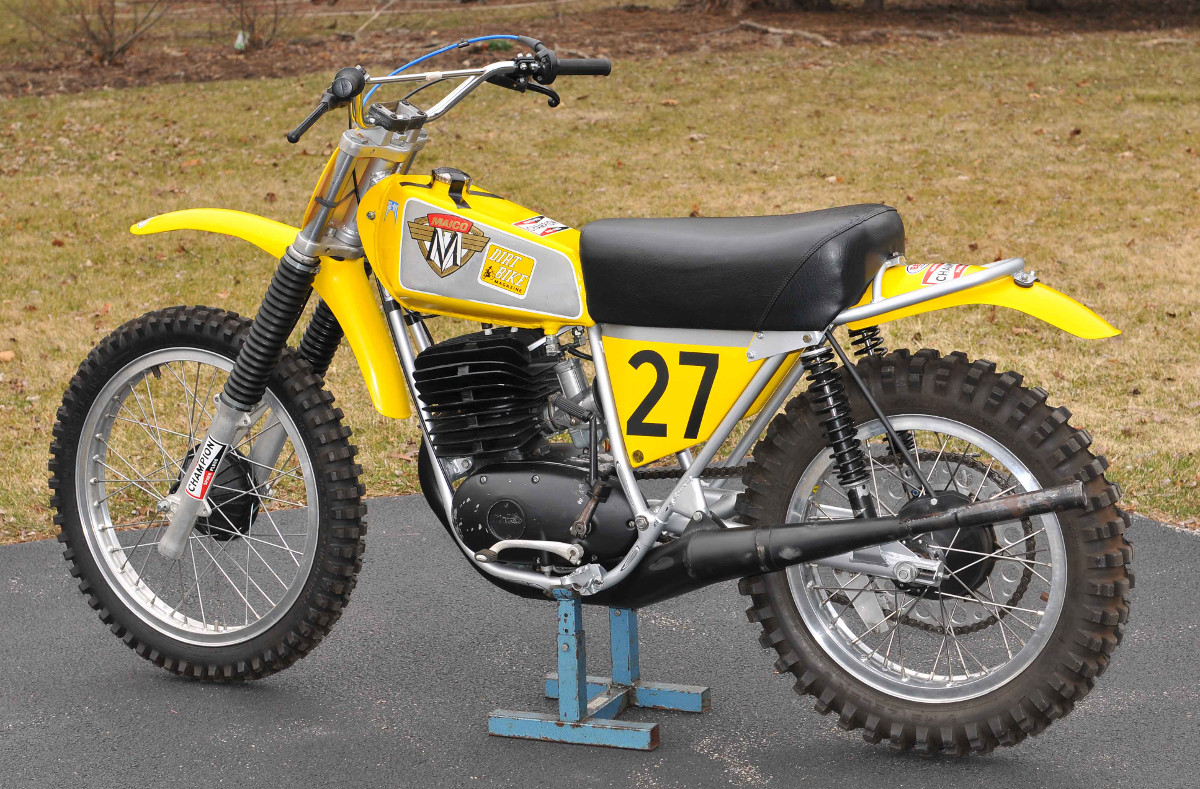 This is Ake Jonsson’s 1972 Maico as it looks today. The Dirt Bike Magazine sticker (or one just like it) was applied before the Saddleback Trans AMA race, which Ake dominated. Ake won nine of the 11 races in the series. After that last one at Saddleback, the bike was sold to Lars Larsson, but years later it ended up back in Ake’s care. At some point it was restored to new condition. Then, about two years ago, motocross historian and collector Terry Good acquired the bike and decided on an interesting path. He unrestored it. He wanted it to look exactly as it did when it won its most famous victory. That meant painting the frame in the same three different-colored layers and then carefully sanding through the layers where Ake’s foot rubbed through. Everything is exactly as it was in 1972. Amazing.

You can read about Ake’s Maico by clicking here.

OX MOTORSPORT AND THE BAJA 500 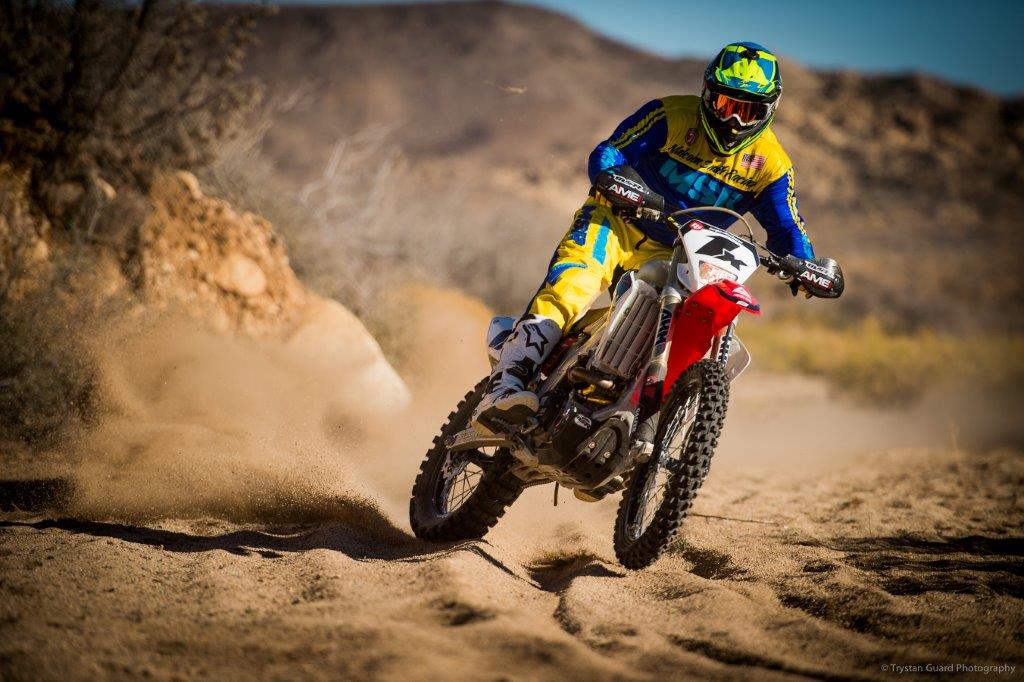 Last time the Ox Motorsports/MSR team left the starting line for a Baja 500, a catastrophic crash not only took the team out of contention, but left Justin Jones on the injured reserve list. “Sometimes you win, sometimes Baja kicks your butt!” said Ox Motorsports’ Mark Samuels at the time. The boys are back in Baja this week with something to prove. Festivities for round 2 of 2016 SCORE World Desert Championship start on Thursday in Ensenada, Mexico for the 48th running of the legendary Baja 500.

The defending SCORE series champs will be fielding two teams: Colton Udall and Mark Samuels on the 1x Honda CRF450X and 3x of Ray Dal Soglio, Nic Garvin and Ian Young on another Ox Motorsports CRF450X. However, they won’t be alone! With as many as 30 late entries being accepted onsite, an expanded field of nearly 250 teams is set to take on the challenging 477.52-mile course starting and finishing in Ensenada this week.

“Last year’s crash and the expanded field give the guys two good reasons to run both the 1x and the 3x bikes,” says MSR Brand Manager Brent Harden. MSR is proud of the #WeAreOffRoad mantra, but Baja is special. “It has been 48 years since Malcolm Smith first won Baja and we are honored that Ox Motorsports is flying our Legend 71 colors in the 500.”

Erzberg is an incredible event, and Graham Jarvis proved again that he’s an incredible rider. The most amazing part about this race is that Cody Webb looked exhausted at the end, and we’ve never seen that before!

In a couple of weeks, we have our own version of Erzberg here in the U.S. The Last Dog Standing will have many of the same riders. The Prairie Dogs MC have always resented the fact that some other enduros (very few) are said to be tougher. So this year’s event will be harder than any one before it. It gets more difficult with each heat, so it’s still possible (and actually fun) for normal humans to enter. I’ll be there.