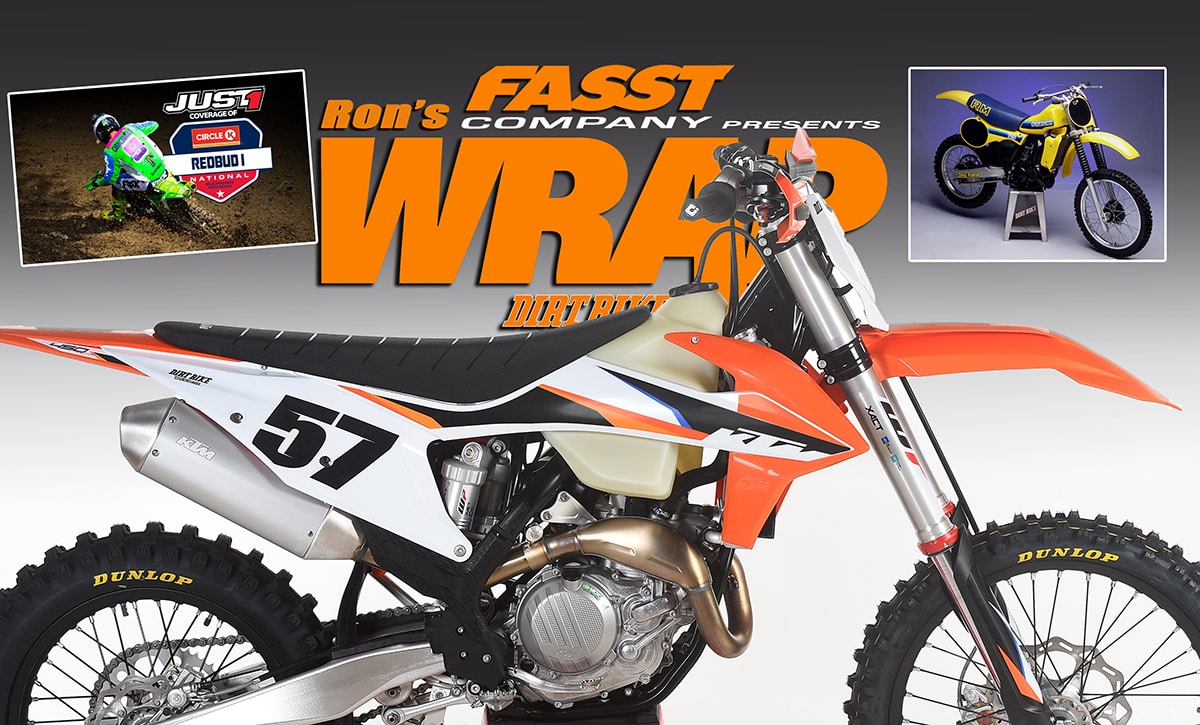 Our 2021 KTM 450XC-F test bike arrived in the nick of time for the rescheduled NGPC series next week in Idaho. This is the perfect bike for that series, which was formerly known as the District 37 Big 6 GP series. The KTM 450XC-F has a long history of success there with riders like Gary Sutherlin and Eric Yorba. I’ll be taking the bike up there for a race test, and sharing it with Paul Krause, who will ride it in a different class. Neither of us should be too surprised by the 2021 model. The changes are minimal. It remains a very close blood relative to the KTM 450SX-F motocross bike. The things that set it apart are the 18-inch rear wheel, the kickstand, softer suspension settings, handguards, Dunlop AT81 tires and mapping.  We don’t quite understand why the price is quite a bit heftier than the 450SX-F–$10,799 versus $10,199.

There are two things worth knowing about the 2021 model. The first is that the suspension has very significant changes. The WP XACT AER 48 air fork has new piston design and features a mid valve (for lack of a better description). The other factor is the coming of KTM’s smartphone app. This still isn’t available in the U.S., but I have seen a demo of a beta version and it’s very impressive. There are a few differences between it and the Yamaha Power Tuner. First, it’s Bluetooth, not Wifi. I don’t know if that will be better, or not, but I have chronic problems hooking up  my Android phone to the Yamaha app. An even bigger difference is the user friendly aspect.  The KTM version isn’t a remapping tool with differnent fields for advance and fuel mixture. It concentrates more on tuning the power delivery for loamy and hard-pack conditions. It turns out that very few people can get the desired results by changing the values in the 48 different fields required to make a change on the Power Tuner. Beyond that’ there are more electronic aids coming next year on the KTM app that will be very impressive if they pan out. THe KTM guys aren’t ready to talk about those yet.

The fork is the other really important upgrade for the 2021 KTM 450SX-F. If you read my first impression of the 450SX-F motocross bike you already know that I’m very impressed with in improvement here. For off-road use, the improvement in compliance is even more welcome. I’m looking forward to riding the bike at the Idaho round of the NGPC series and I’ll have more to report in the December print edition of Dirt Bike. 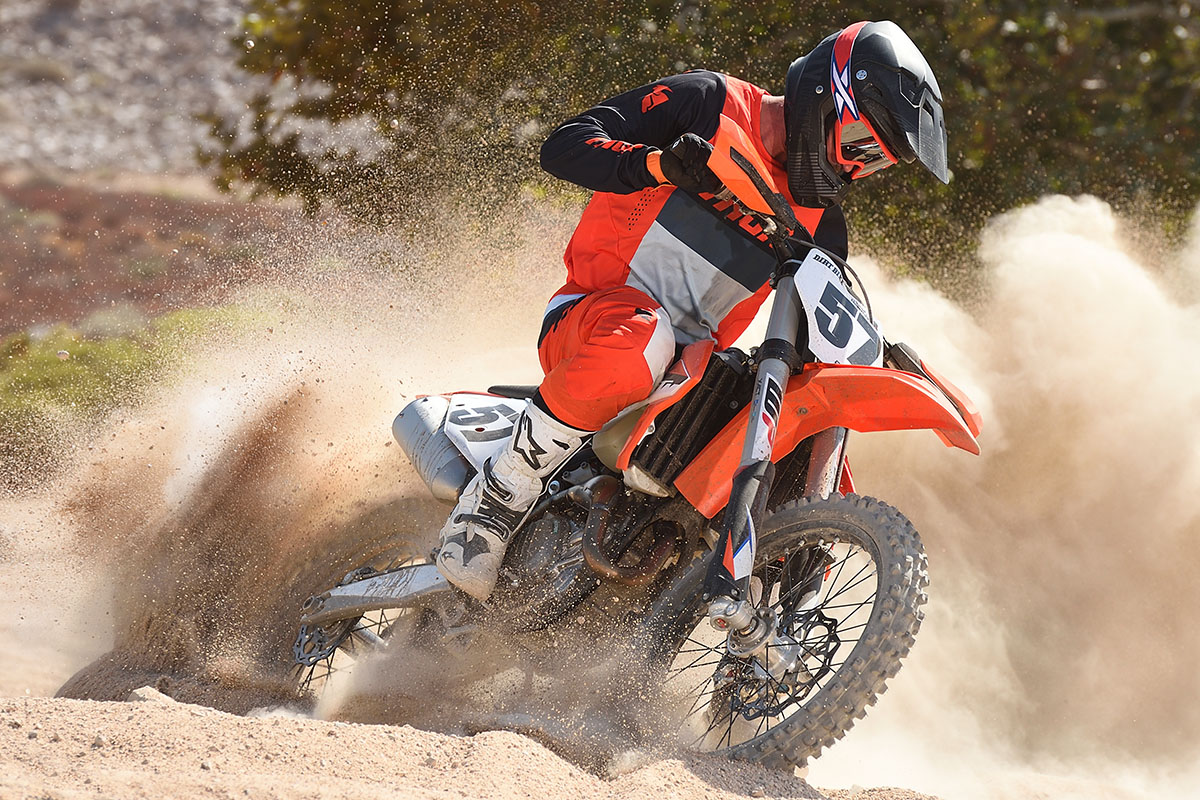 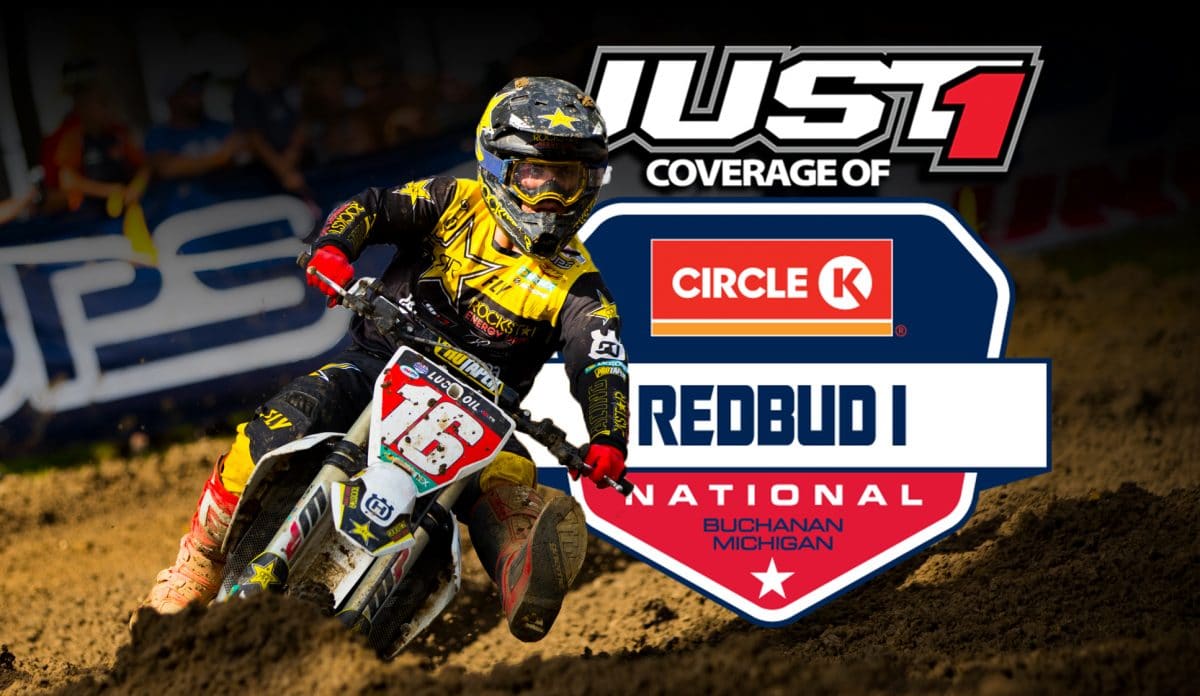 The first-ever Friday/Monday double header in the Lucas Oil Pro Motocross series will take place over Labor day weekend at Redbud. Today, Zach Osborne and Dylan Ferrandis will defend their points leads and Brandon Krause will be there covering the drama for Dirt Bike. Click here for extended coverage of Redbud 1. 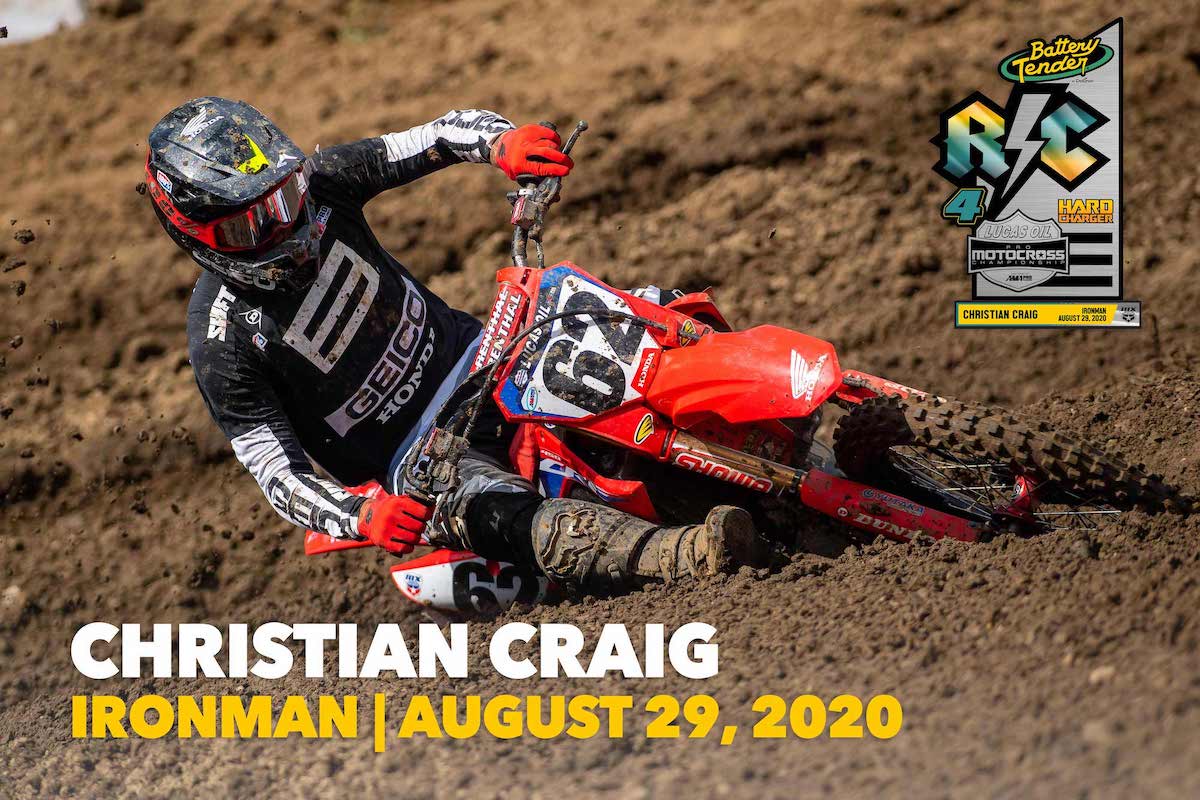 Following an 11th-place finish in the opening 450 Class moto, Team Honda HRC’s Christian Craig entered Moto 2 in the thick of the hunt for a top-10 finish in an incredibly deep field of talent. Unfortunately, Craig’s second moto didn’t start the way he would have hoped as the Honda rider found himself on the ground in the first turn. Craig was able to quickly reenter the race and began a come-from-behind effort that saw him climb from a hole of 36th place at the conclusion of the opening lap all the way to 12th by the end of the moto, just one position shy of where he finished in Moto 1. That resilient effort was rewarded with a 10th-place finish in the overall standings and this week’s Deltran Battery Tender RC Hard Charger Award. 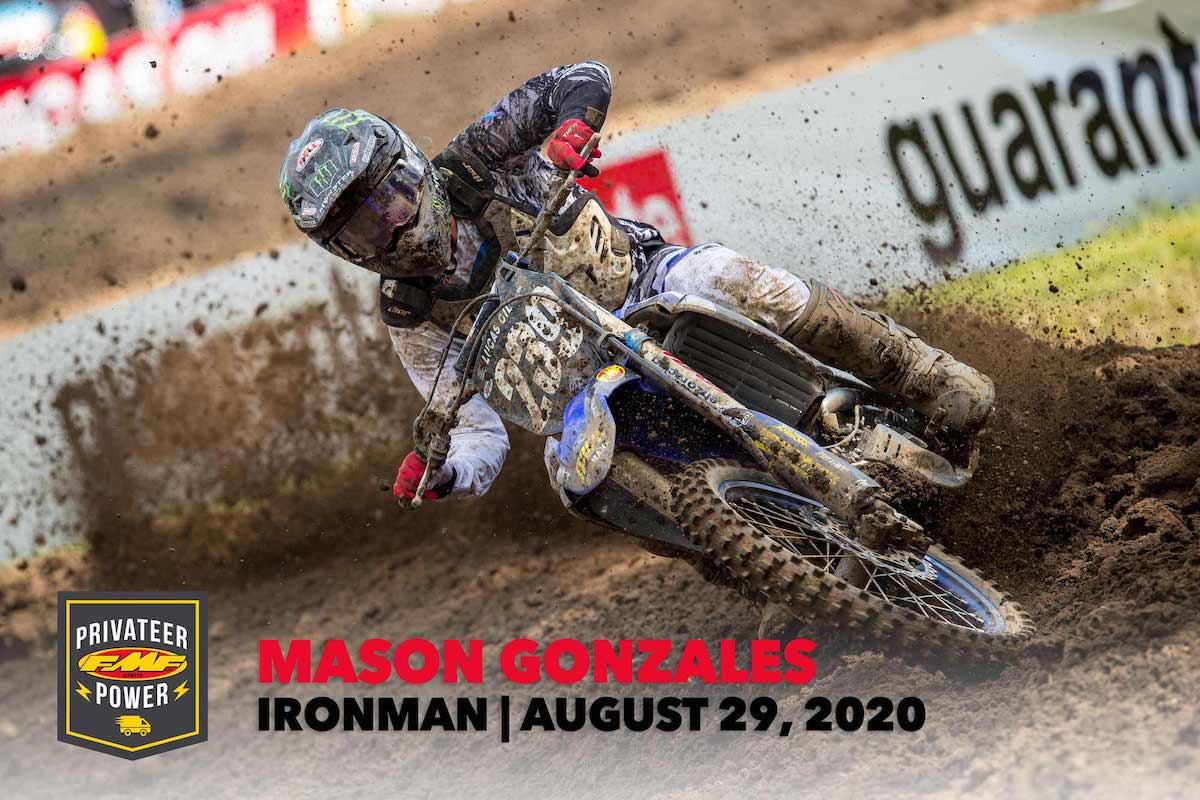 Since the start of the 2020 season, Rock River Yamaha rookie Mason Gonzales has shown he has what it takes to compete alongside the established and up-and-coming talent of the 250 Class. Through six motos Gonzales has failed to score points just once, and at the Ironman National the Florida native hung tough amongst a stacked field of talent on the most competitive afternoon of the season thus far. In his first ever visit to Ironman Raceway, Gonzales posted 15-14 moto scores to earn a solid 15th-place finish in the overall classification, a performance deserving of this week’s FMF Privateer Power Award. 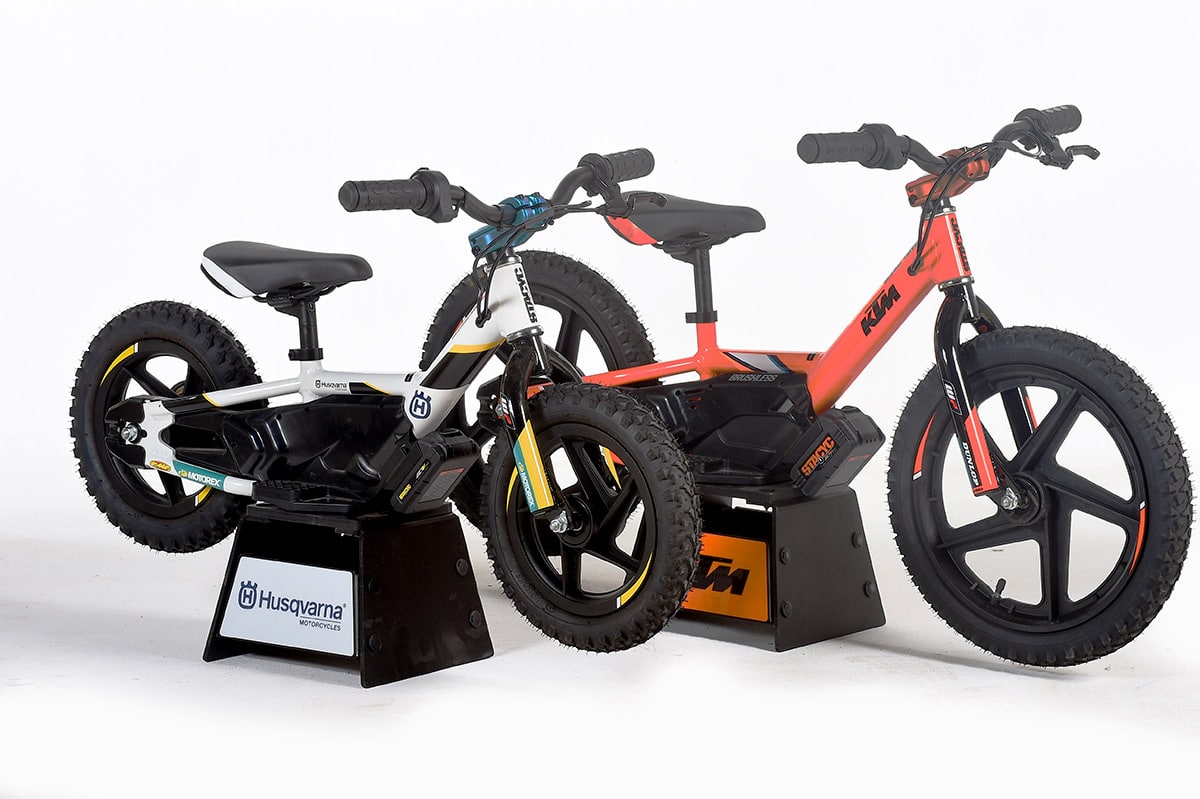 KTM and Husqvarna both have expanded their electric offerings with Staysyc Factory Repicas. These bridge the gap between motorcycles and the pedal-less push-powered two-wheelers that have become so popular. One with 12-inch wheels and another with 16-inchers are offered. Check them out at KTM  and Husky dealers if you are aiming to have your little champion start early.

In my on-going tribute to Bikes That I Loved, I gotta pay homage to the 1981 Suzuki RM125. This was a virtual starship when it came out. There were some other liquid cooled bikes kicking around at that time, but the Suzuki was far ahead. This was also the first year for the Full Floater rear suspension design. Again, there were other single shock bikes from Yamaha and Kawasaki in 1981, but the Suzuki was much better. Interestingly enough, the design was later the subject of a patent infringement lawsuit, which Suzuki lost. Oh, well.

Yamaha’s 2002 YZ250 still earns a good price on the used bike market for good reason. Some people think it’s better than the current YZ250. It’s not, but they make that claim based on the steel frame, which was more compliant than the current aluminum one. Unfortunately, it wasn’t as durable. But if you got a new version of that frame and used modern suspension, that would be a formidable combo.