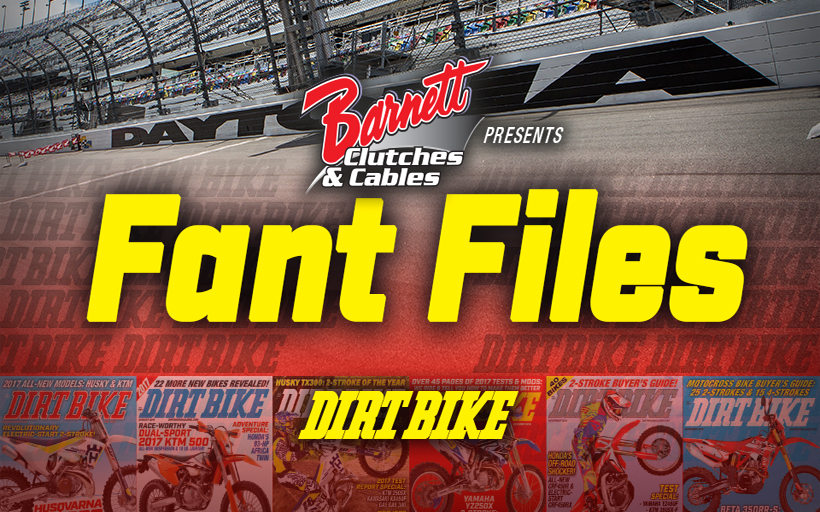 One weekend out of the year Daytona International Speedway transforms into one of the most unique and challenging Supercross races in the series…. 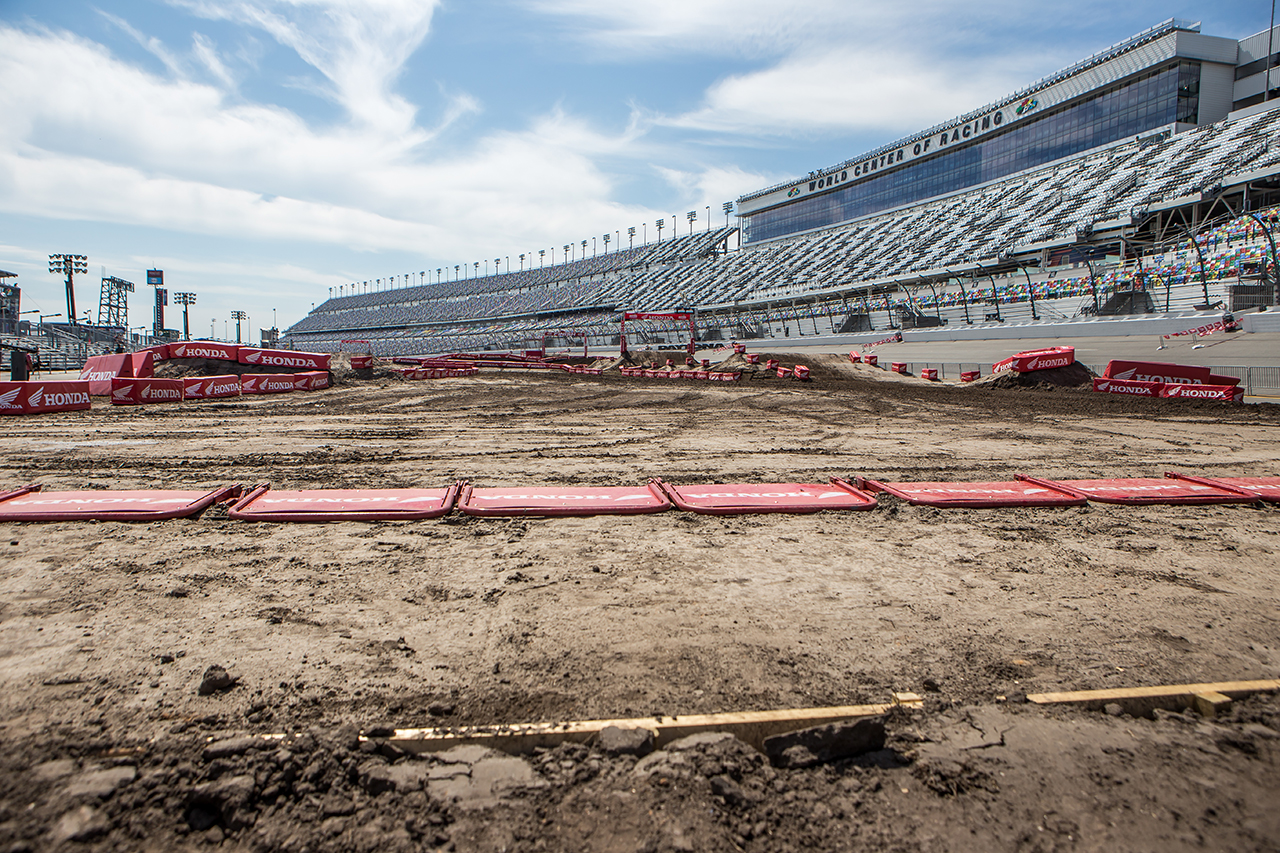 In years past the start gate has moved around. This year the start is at the far end with tons of room to move positions before the first corner. 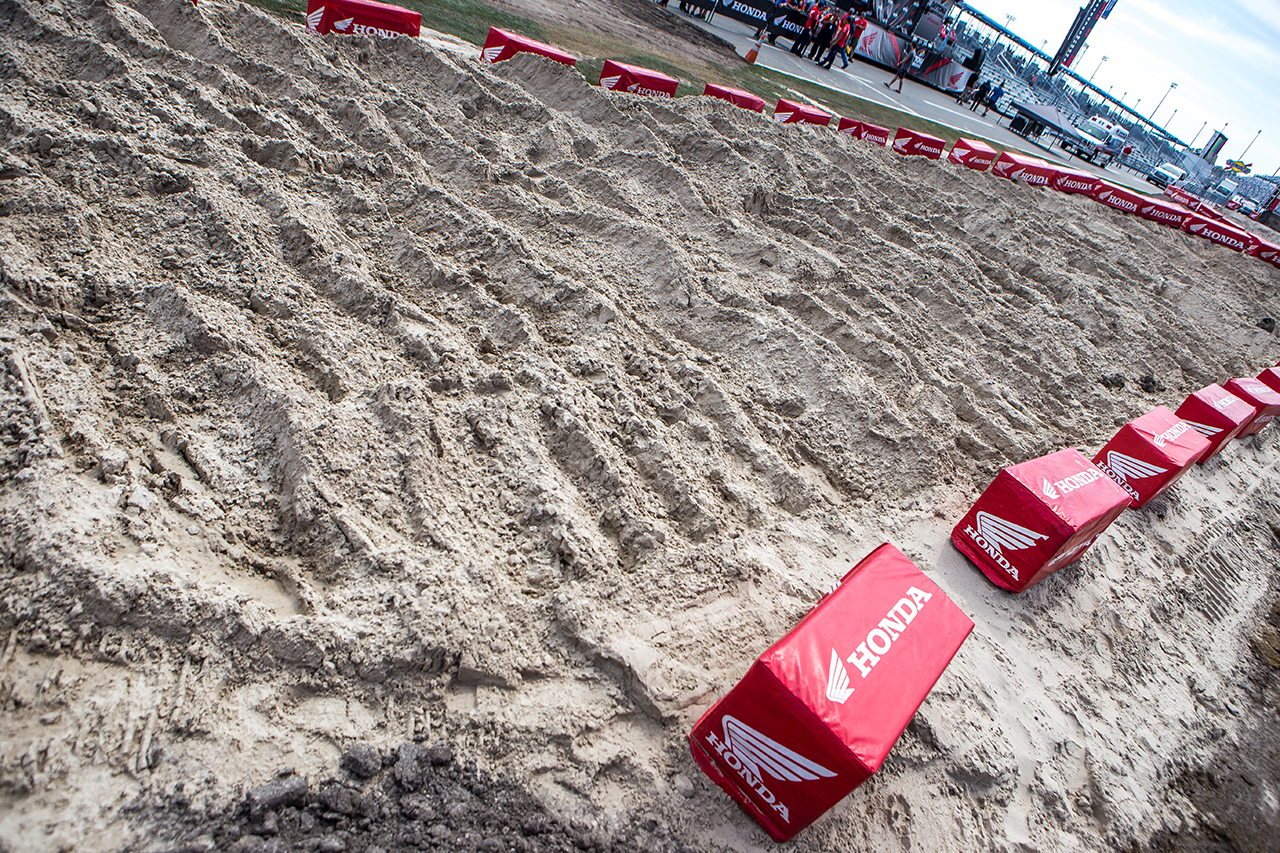 Easily the most stand out section of the track is the “beach like” sand stretch. No photo can do justice to how deep this really is. Both 250 and 450 riders will be challenged every lap here as the lines change frequently during racing. 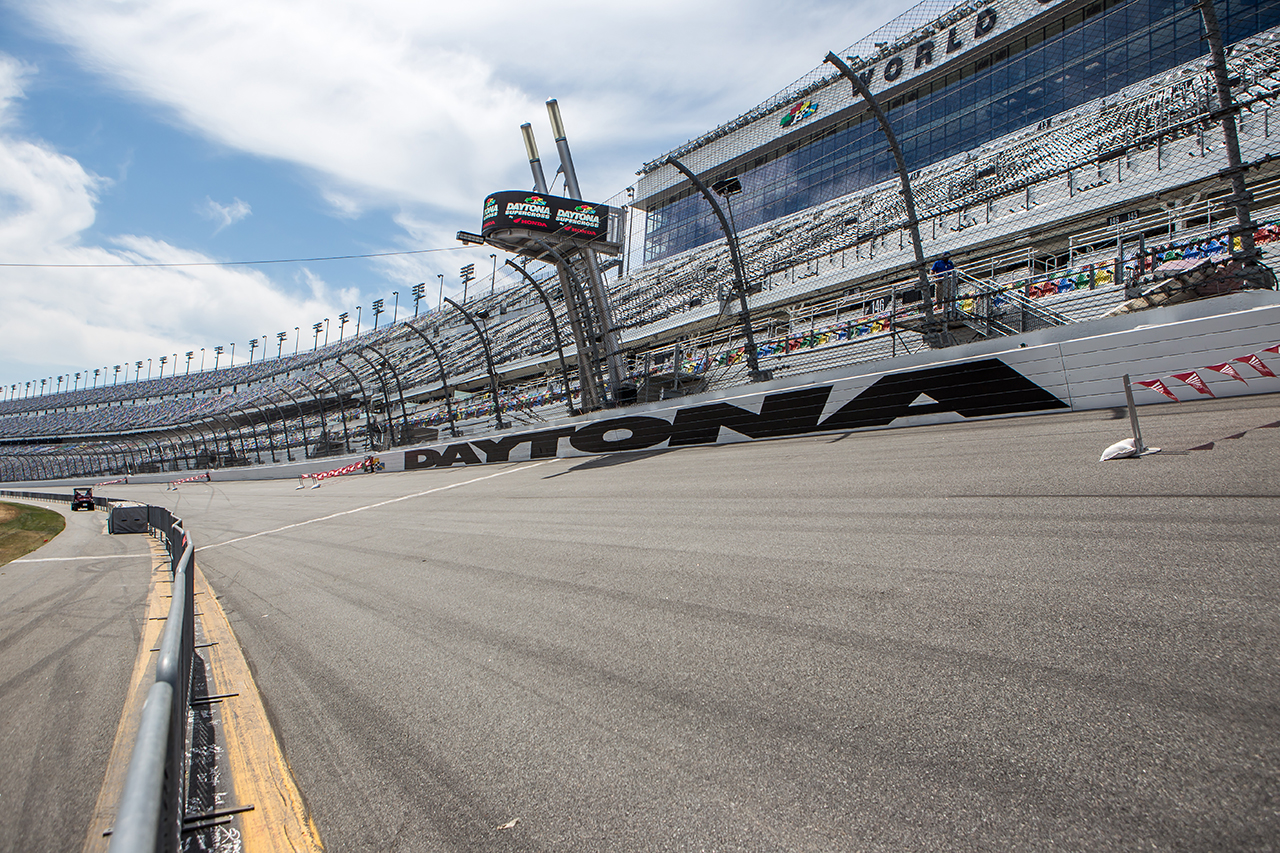 It’s hard to believe just a week ago the likes of Dale Earnhardt JR. and Kurt Busch took to the asphalt for the 500. 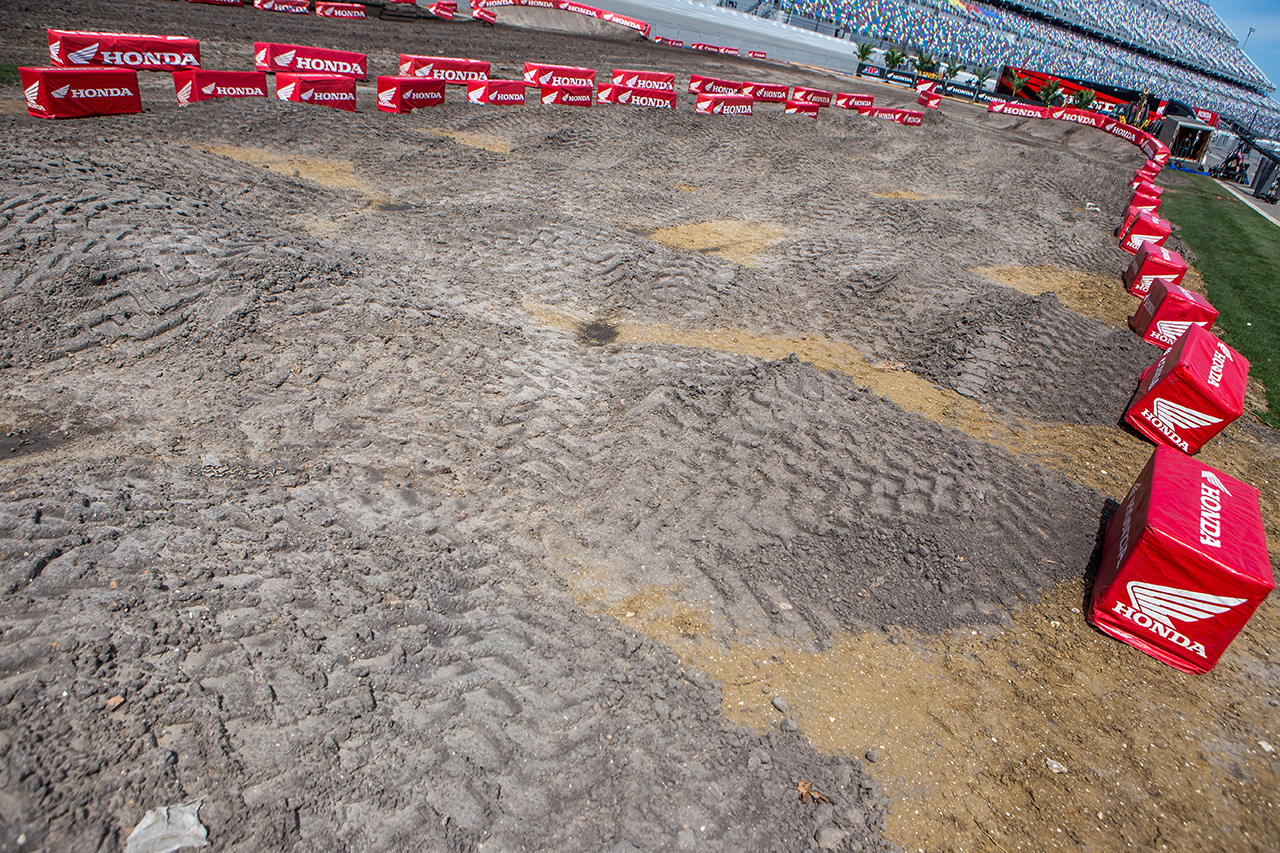 We’ve seen the sand moguls in previous years. These offer creative choices to the riders how they weave through them and set up for the following section. For 2017 they are followed by the long straight away in front of the start. This could be a great area to make passes. 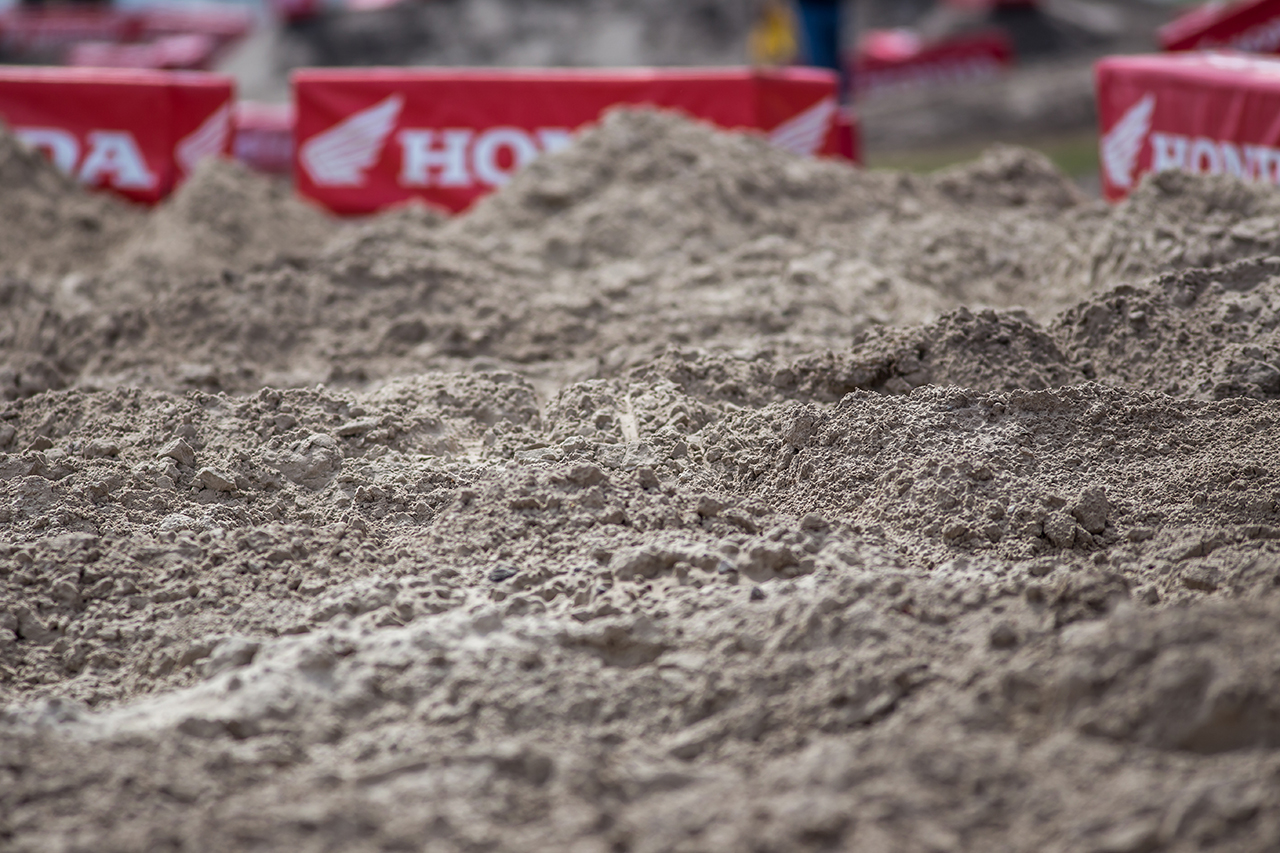 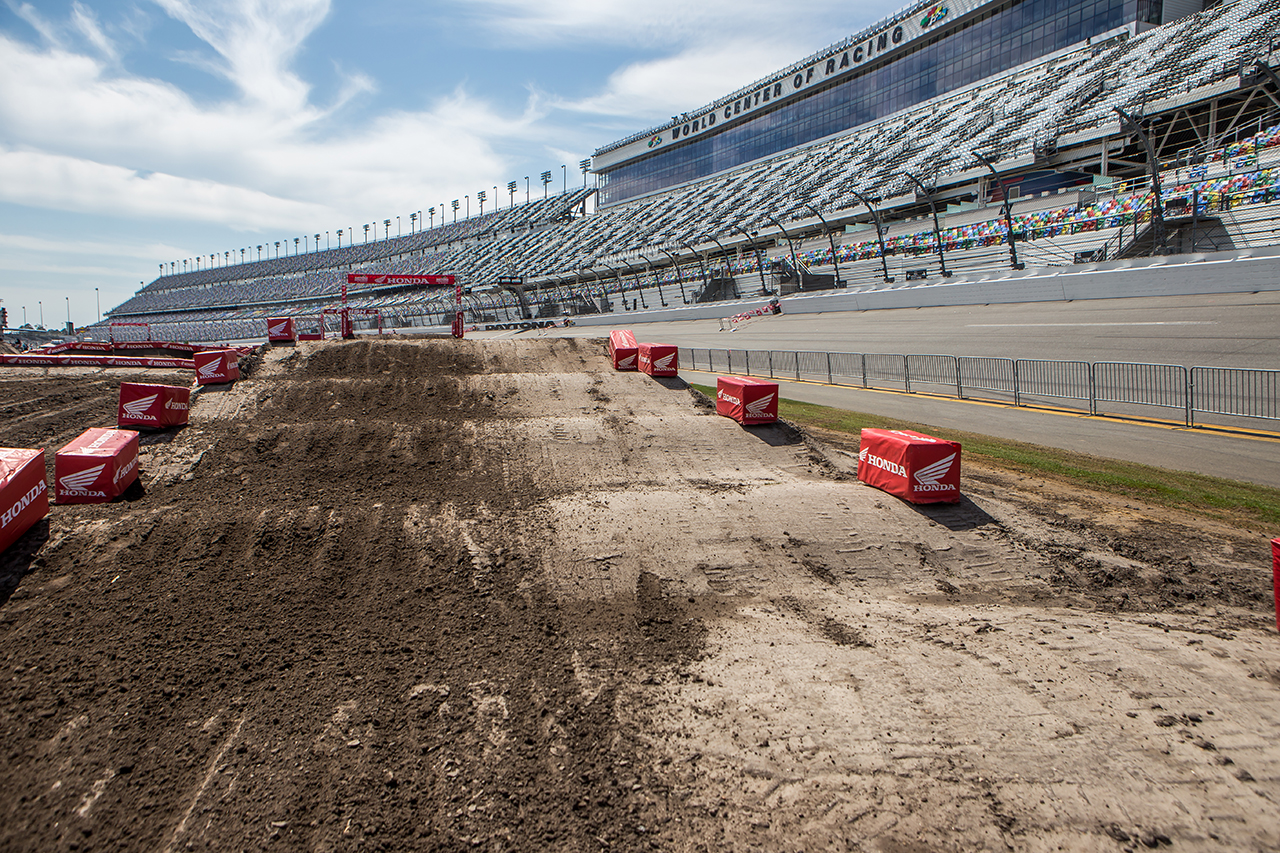 A solid mix of high speed straight aways and tight corners for 2017. Come Saturday night the track will weather down as the timed races have been changed back to laps for this weekend. Most of the riders will be running their suspension softer but by very very small differences to their typical supercross set up. The very grounds that Hendrick Motorsports, Team Penske, and Joe Gibbs racing were using a week ago are now packed in with semis from every team of Supercross. The unique pit set up allows fans to get a sneak peak into factory rigs and possibly their favorite rider warming up before practice. Inside to outside you won’t have to deal with the pesky roller bump but most of the riders during press still preferred hitting the bump and landing into a rut before the 3 option following. Daytona is all about options and there are plenty this year. Track walk is a bit slower than normal as teams and their athletes discuss line options on this technical course. 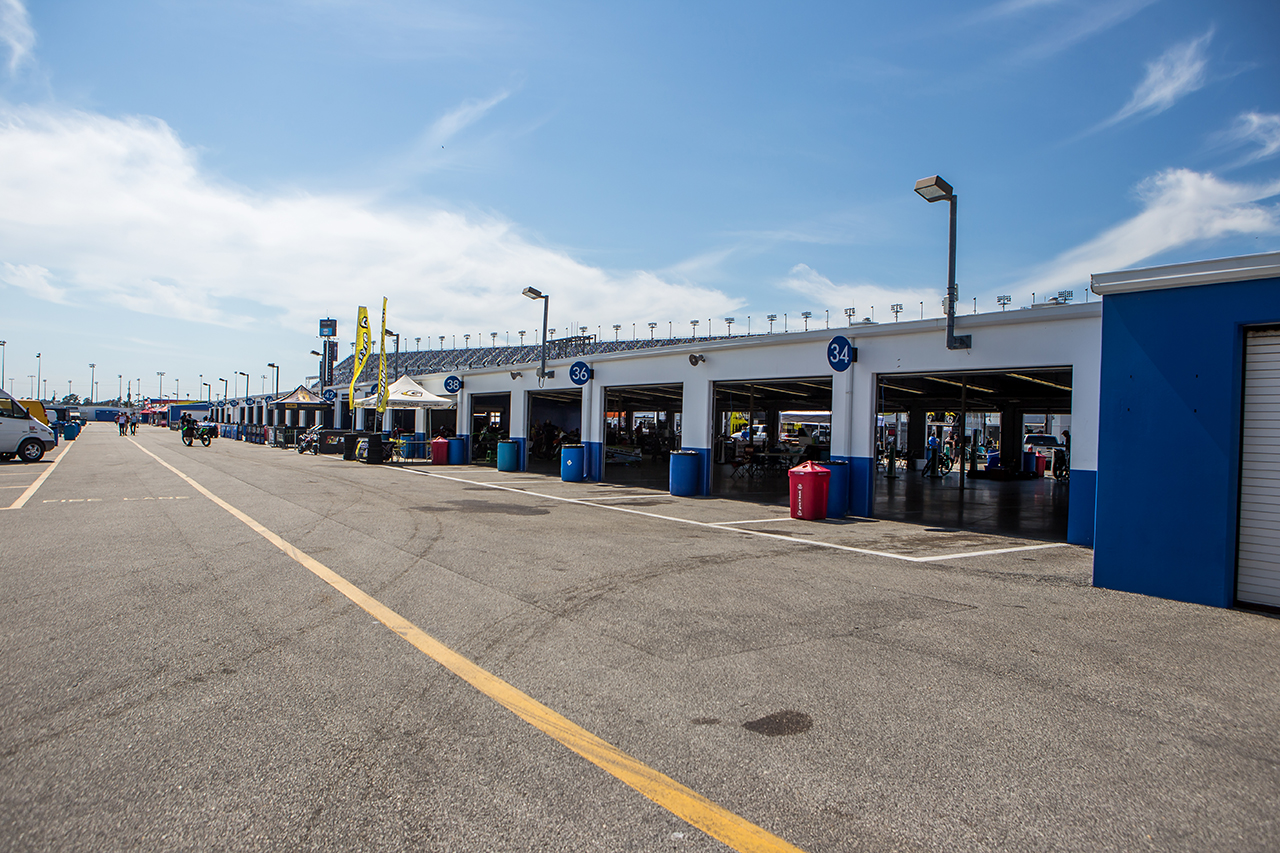 Bay 34 still open… These last spots will be filled with privateers. The factory teams will be closer toward the rider entrance this year. With Supercross using the car bays as a pit set up, fans can make one big circle around to get an inside look at all the action. 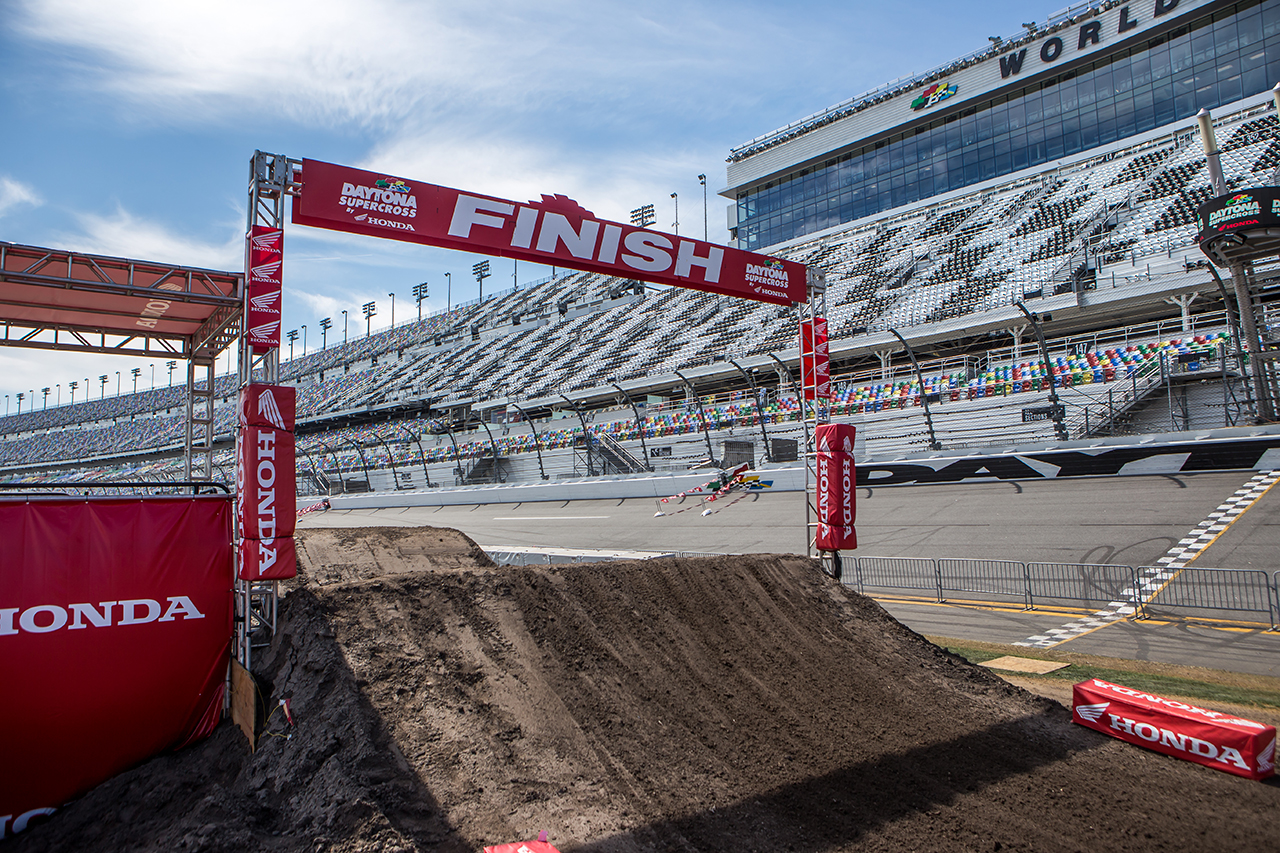 The Finish line. Tomac or Baggett are presumed to be running up front with Dungey and more but what are your thoughts on who might cross this first Saturday night? 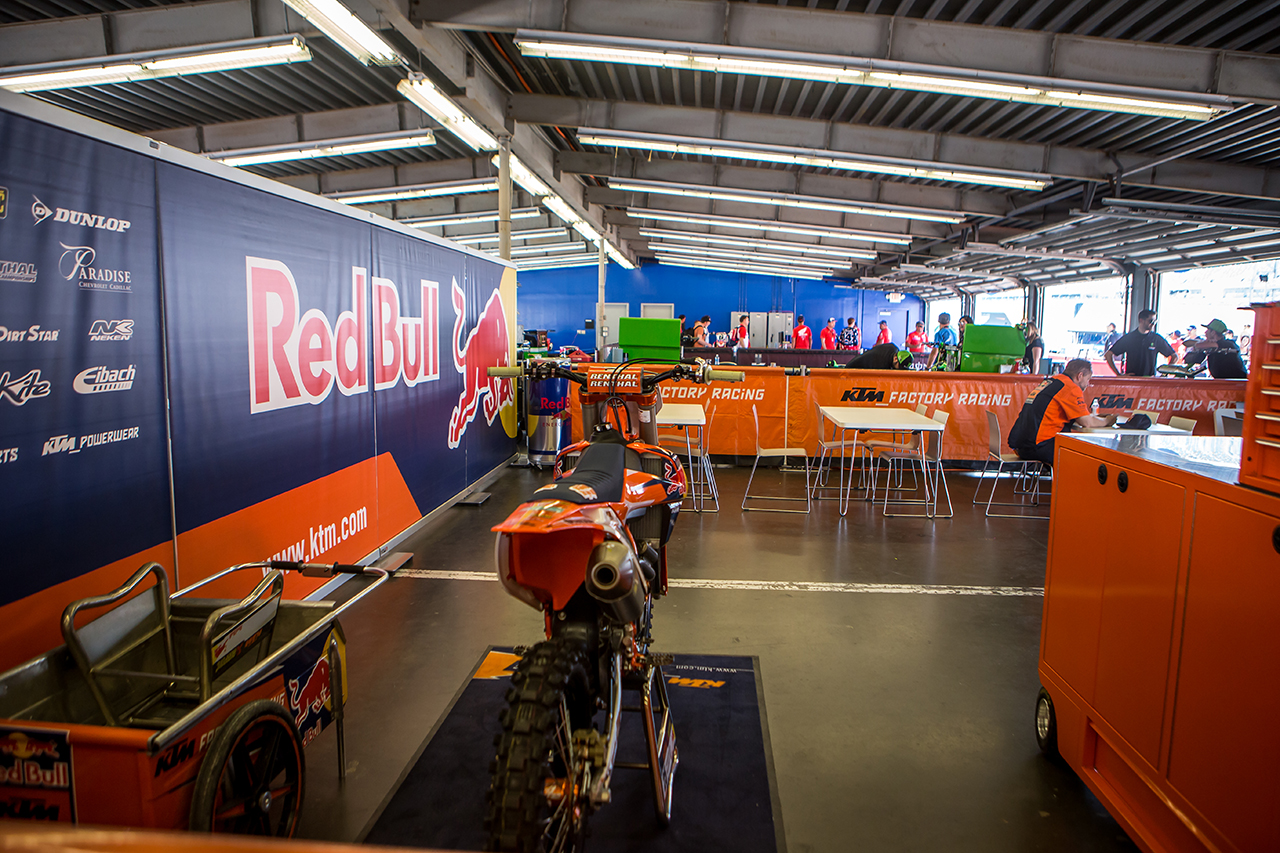 The Factory Red Bull KTM pit set up in Daytona. The floors and work tables so clean you could eat off them. The cleanliness and organization from the Factory teams each weekend is impressive. Ricky Carmichael, who designs the track, has won back to back in the 250 class at Daytona. He has also won back to back on different brands. Ricky has won in Daytona 7 times against riders like Jeremy McGrath, Kevin Windham, and Chad Reed. There are a large number of Florida residents who have won Daytona including Ryan Dungey, Chad Reed and Ken Roczen. 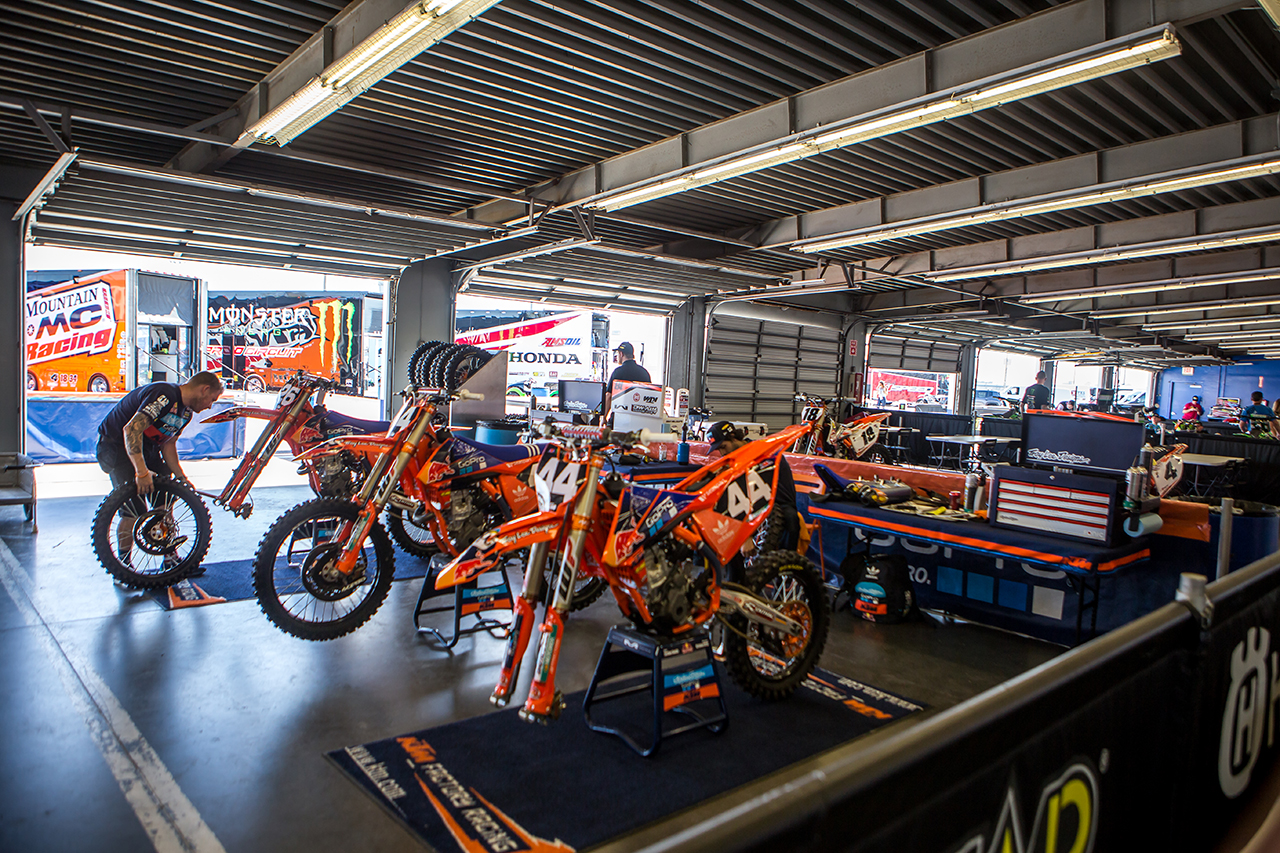 Some press day style from the finish line of Daytona…. 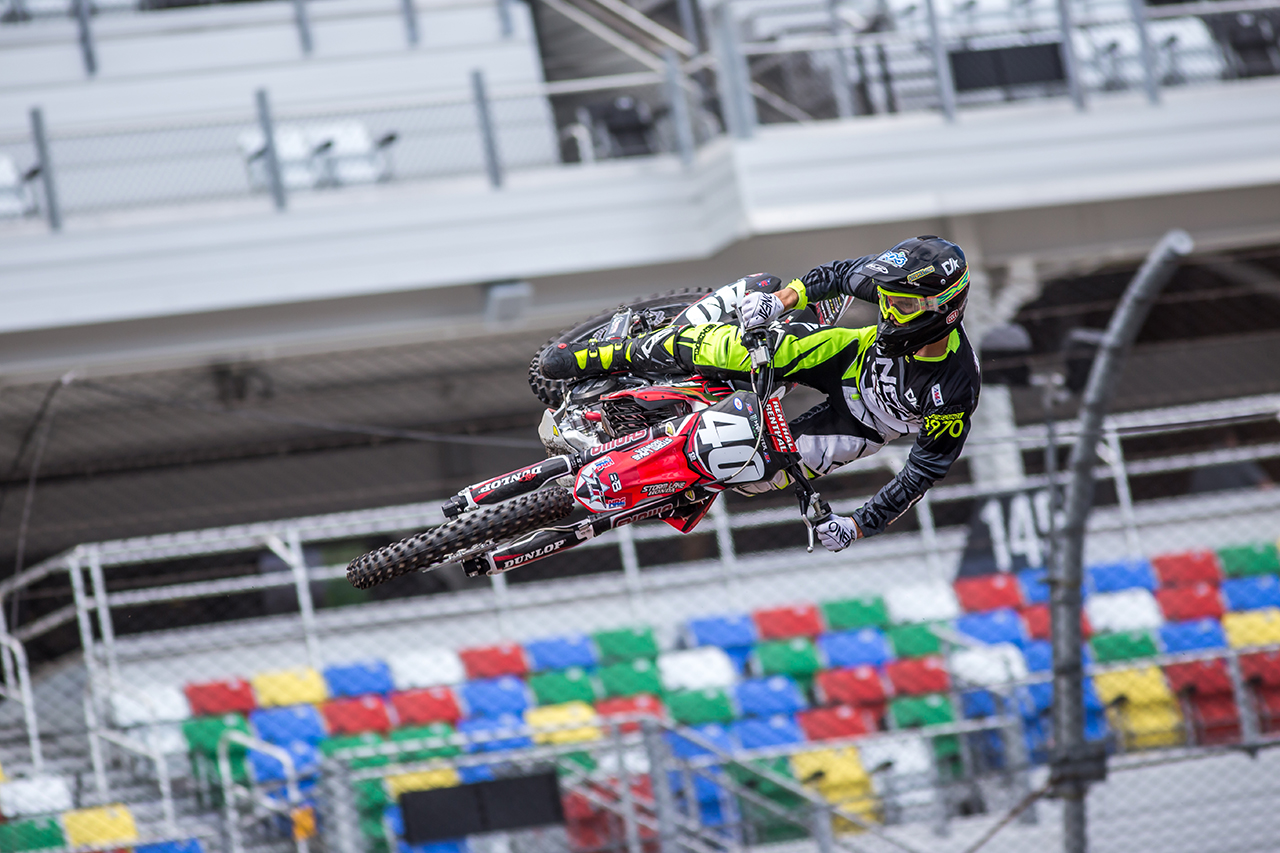 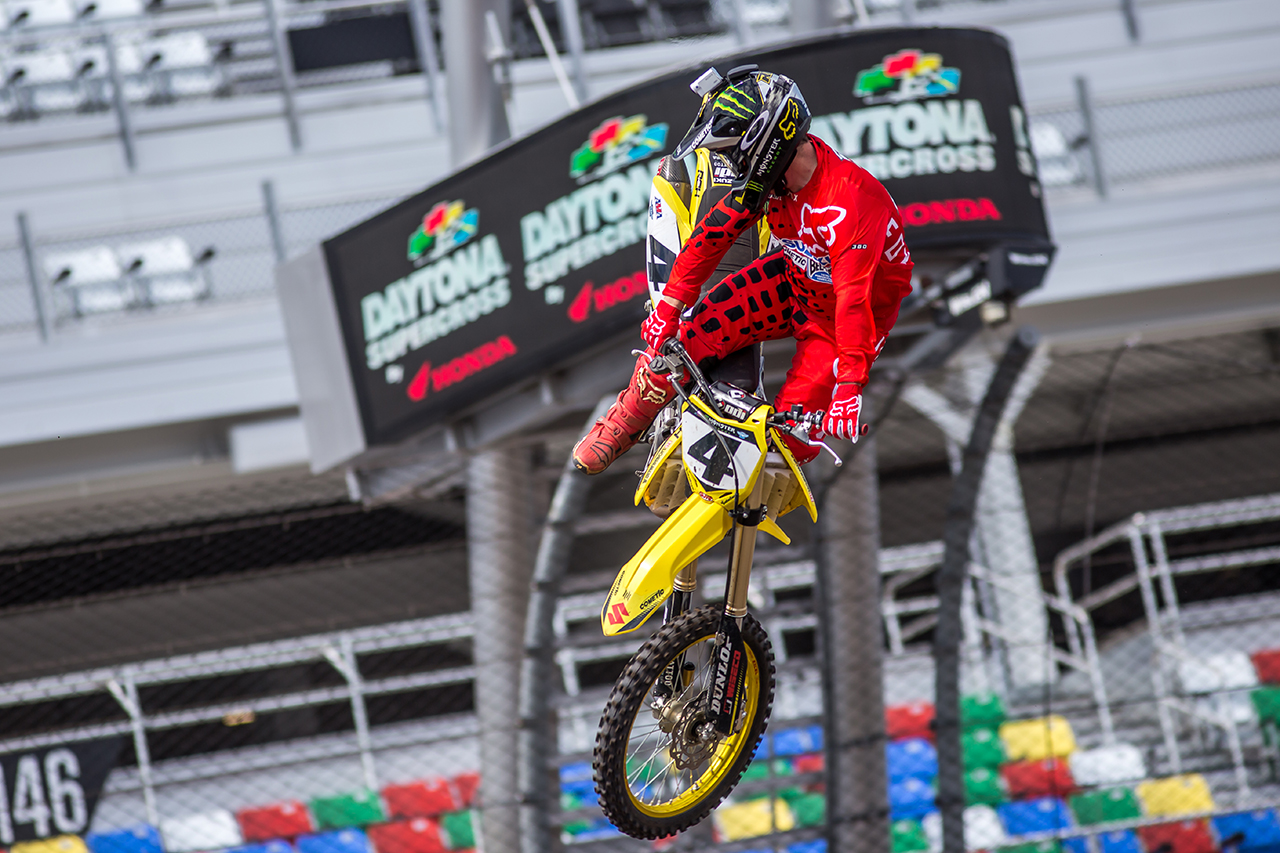 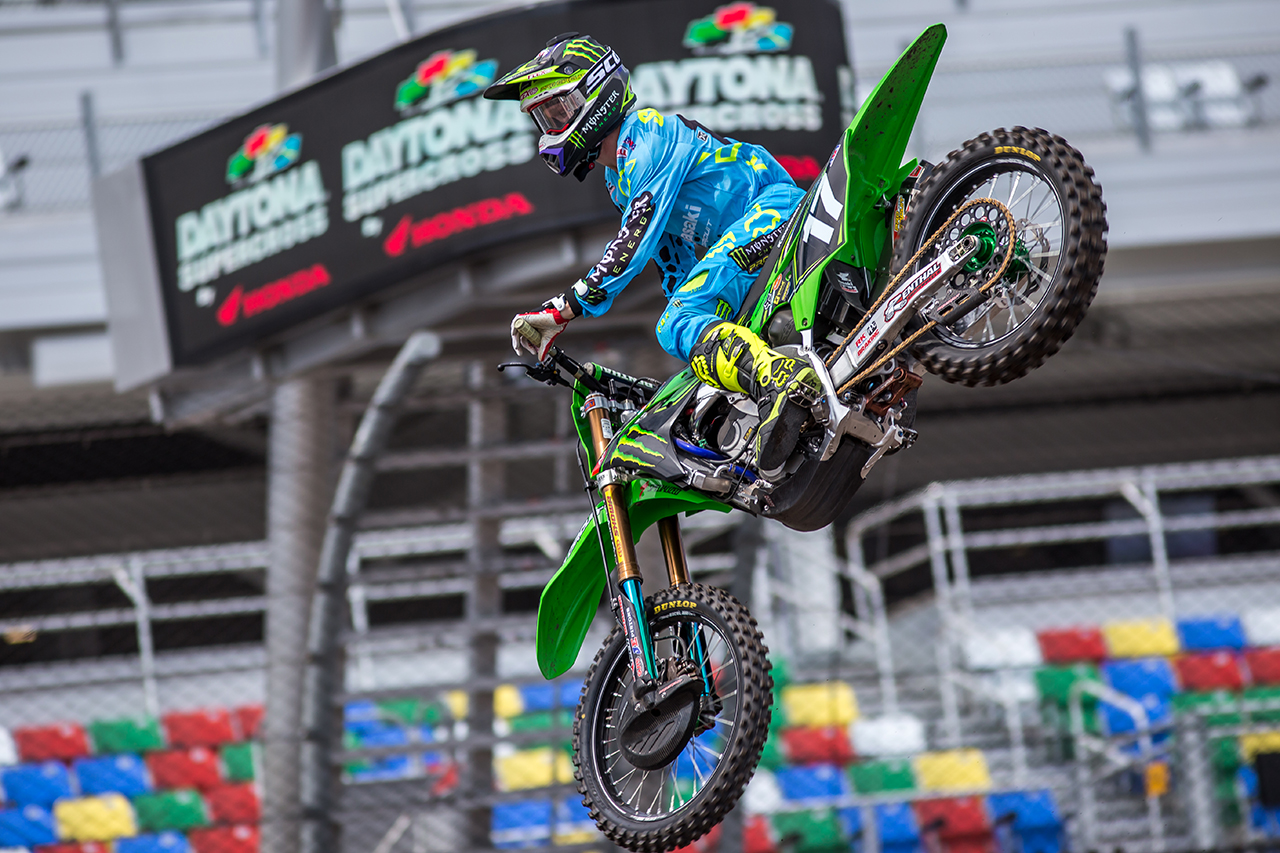 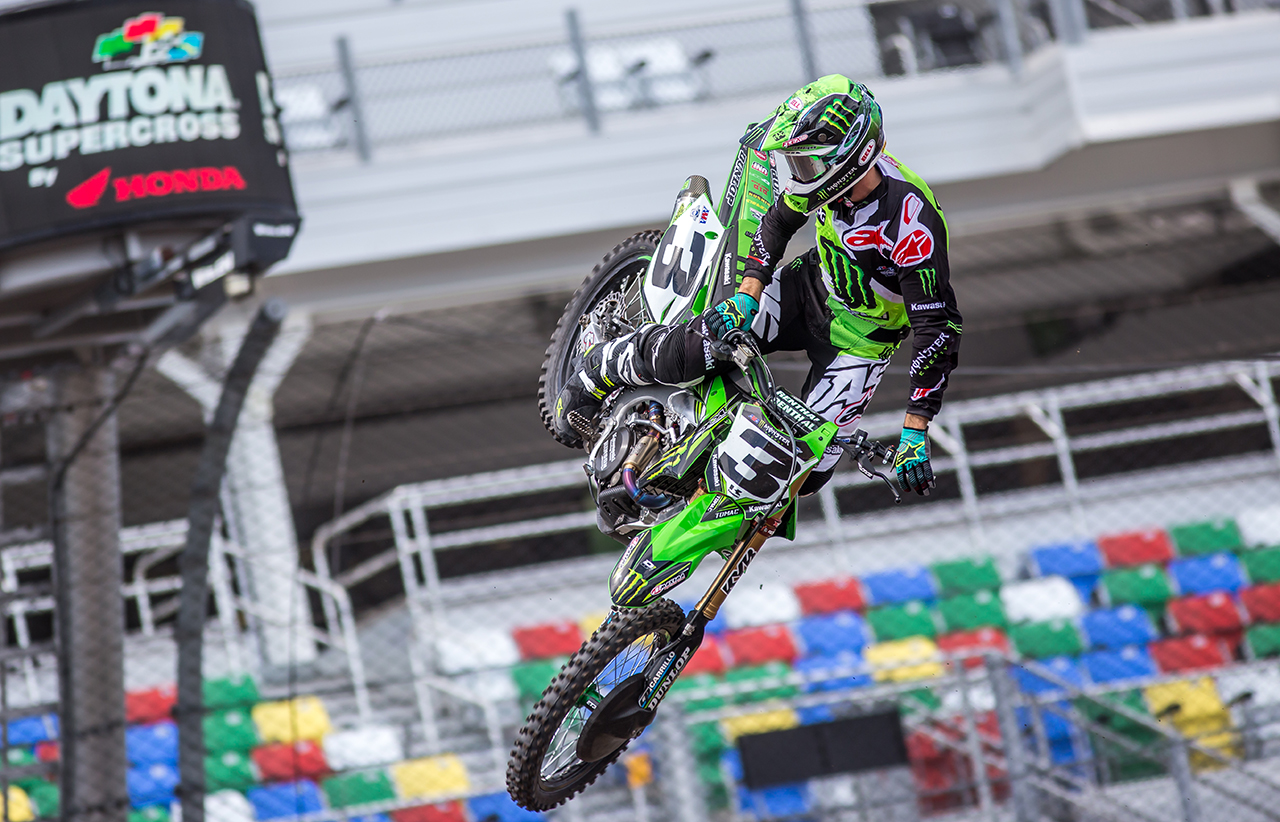