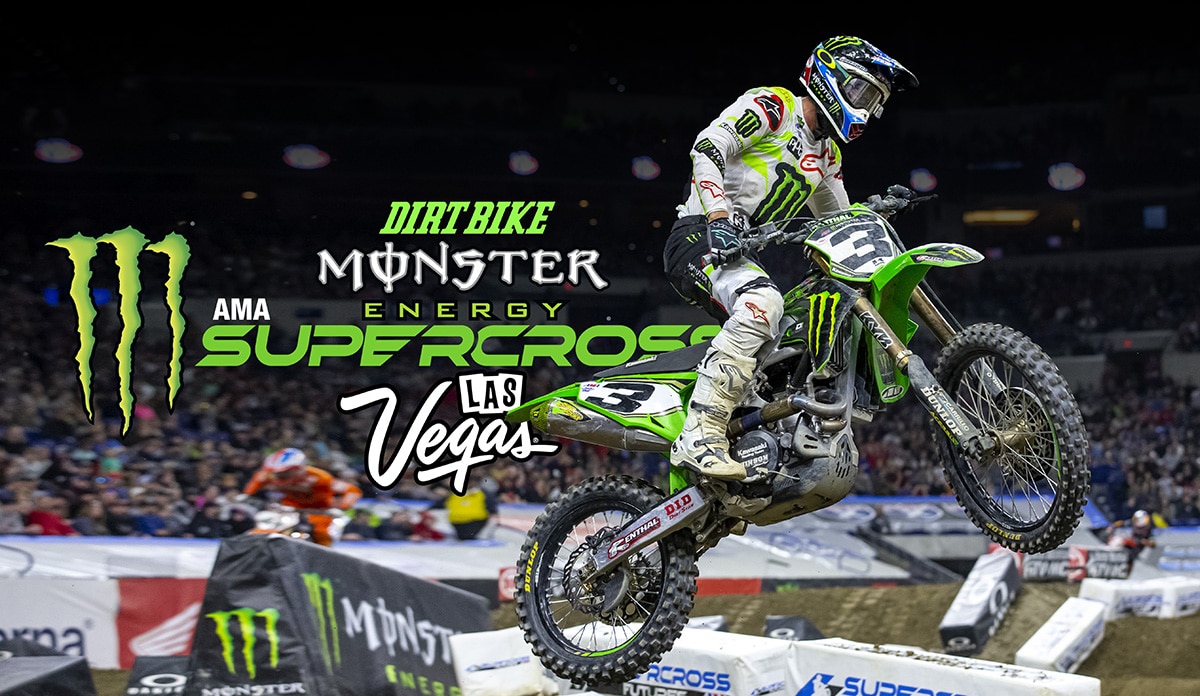 Cooper Webb had a comfortable 23-point lead coming into the final round of the 2019 Supercross season in Las Vegas, but anything could happen. That was illustrated earlier in the same night when Adam Cianciarulo fell and saw the 250 Western Regional Supercross Championship slip away. Throughout the season, though, Webb had been playing it smart and it was clear that Eli Tomac was on a mission in Vegas. Tomac took the holeshot and pulled away throughout the race. This time there were no cat-and-mouse game; Tomac just rode hard and fast. Marvin Musquin was second place throughout the race with Webb in third. In the early laps, it looked like Zach Osborne might challenge Webb, but eventually he lost a few seconds and fell victim to Ken Roczen. The race itself was a very uneventful cap to an extremely eventful season. Tomac took his sixth win of the year, but Cooper Webb became the 2019 AMA Supercross Champion. 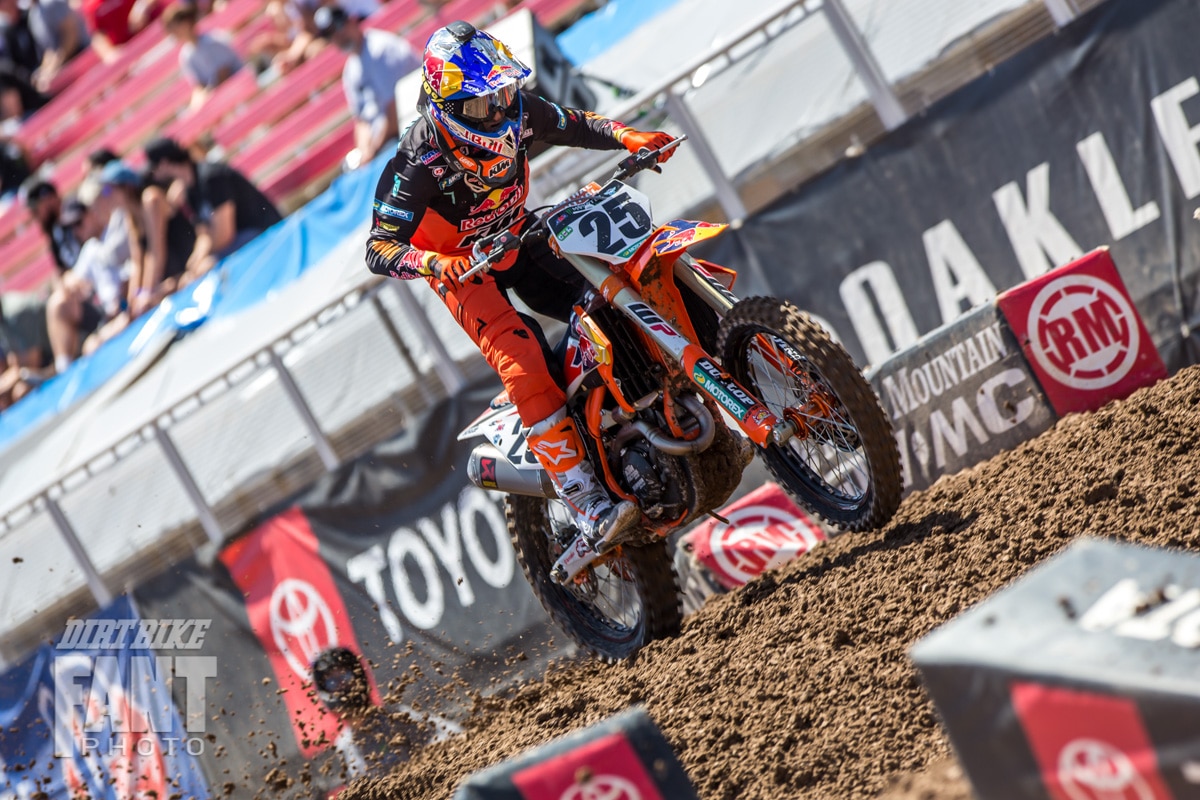 Blake Baggett got the jump in heat one, but Zach Osborne took it away coining out of the first turn. Marvin Musquin joined those two and the three of them were nose-to-tail for most of the race. Musquin was faster in the whoops than almost anyone, and he passed Baggett and set out after Osborne. The two of them raced to the line with Osborne holding to the lead all the way.

Cooper Webb and Eli Tomac played out a familiar scene in heat two. Webb jumped into the lead while Tomac had a so-so start. Tomac was clearly the fastest  man on the track, and it didn’t take much time dispatching Justin Bogle and Cole Seely. As soon as Tomac got within striking distance of Webb, he lost control in a rhythm section but somehow saved it. Seely was able to repass Tomac, but that didn’t last long. Tomac went a little crazy, repassing Seely and then catching Webb. Tomac took the lead just before the white flag came out. “How did I save that?” he asked later. “I did a crazy half 180 thing, but luckily no one was there.”

Colton Aeck was in front of the LCQ for a few laps before being passed by Scott Champion. Aeck tried to retaliate, but lost the front end and went down. Then Alex Ray came up to challenge Champion for the lead. With two laps to go, Ray took over. Champion held on for second ahead of Tevin Tapia and Charles LeFrancois.