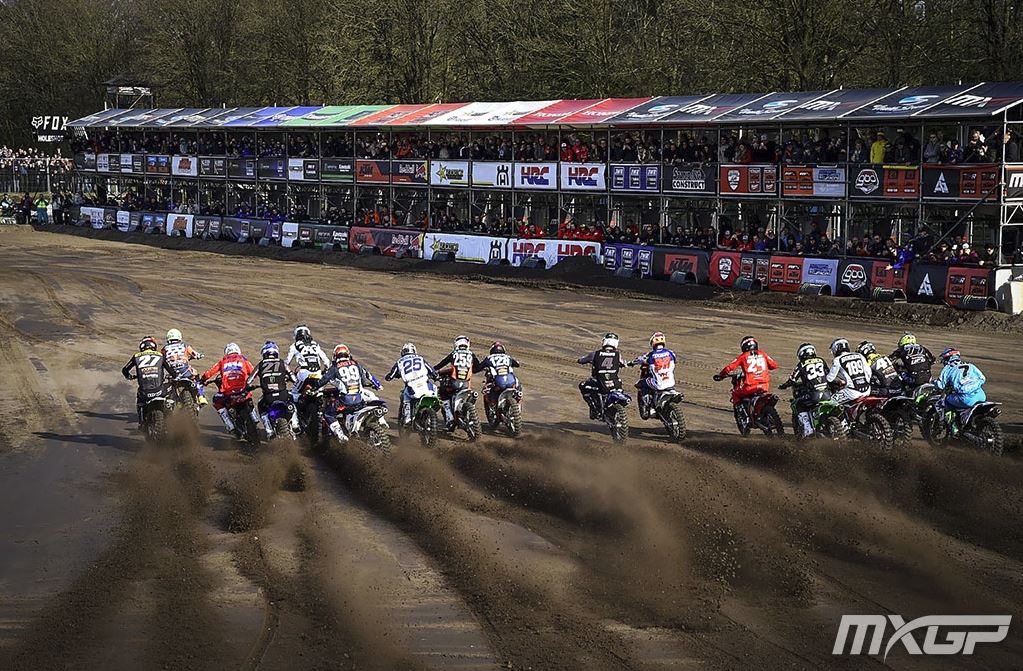 CAIROLI AND PRADO FIND PERFECTION IN THE NETHERLANDS

Three rounds are now complete in the 2019 FIM Motocross World Championship after today’s racing at the MXGP of the Netherlands in Valkenswaard. Red Bull KTM Factory Racing Team’s Antonio Cairoli and Jorge Prado bested the competition on every occasion this weekend achieved the first KTM sweep of 2019!

As Race 1 started Red Bull KTM Factory Racing’s Antonio Cairoli scored the Fox Holeshot but by the end of the first lap it was Standing Construct KTM’s Max Anstie in the lead! Running the pace early Anstie’s pass on Cairoli was textbook. At the conclusion of the first race Cairoli took the win by over Desalle by 4.2 seconds with Paulin and Jasikonis less than 3 seconds further back while Honda SR Motoblouz’s Jeremy Van Horebeektook 5th. Gajser recovered to 7th by the finish while Anstie finished 16th ahead of his two Standing Construct KTM teammates Glenn Coldenhoff and Ivo Monticelli in 17th and 18th.

MXGP Race 2 gave Cairoli his 2nd Fox Holeshot of the weekend and 4th of the season but this time he held the lead for all of the 17 laps. Gajser has his Works Honda in second with the privateer effort of Van Horebeek just behind.In the overall classification Cairoli’s double win earned him 50 points while Desalle’s 2-5 scores earned 38 points for 2nd overall and Gajser’s 7-2 tallied 36 points for 3rd overall and his 3rd podium of the 3 races so far this season.

Thomas Kjer Olsen’s red plated Rockstar Energy Husqvarna got him into second early while his newfound antagonist Henry Jacobi from F&H Racing Kawasaki ran third. Team DIGA Procross Husqvarna’s Davy Pootjes was 5th for the first 7 laps of the race before Monster Energy Kemea Yamaha Official MX2’s Ben Watson flew past at the end of the roller section.
At the finish Prado scored the win 7 and a half seconds ahead of Olsen who had 6 seconds on Jacobi and another 16 seconds on Vlaanderen in 4th.

In Race 2 Prado continued with another Fox Holeshot over Olsen, Jacobi, Vialle, and Monster Energy Kemea Yamaha Official MX2’s Jago Geerts. Prado’s new KTM teammate, Tom Vialle crashed out of 4th position during lap 3 and remounted only in 11th. Vlaanderen moved into the top 5 due to Vialle’s crash but more noticeably Geerts took the Frenchman’s prior position and ran with it. A native of the neighboring Belgium, Geerts applied pressure to Jacobi for a consistent 7 laps and finally made the move to take over 3rd and 2 laps later Vlaanderen did the same displacing Jacobi another position backwards.

With just two laps to go Jacobi would lose another position to Watson with Maddii Racing Husqvarna’s EMX250 rider and current EMX250 points leader, Alberto Forato, applying pressure from an impressive ride in 7th. The most important pass of the race for Geerts was also the final one. On the last lap, the last section, and last jump Geerts launched his YZ250F past Olsen to take second and also earn the final spot on the podium.
With Prado taking the win it was a perfect KTM sweep of the weekend in both MXGP and MX2 while Olsen took second overall and maintained the red plate ahead of next weekend’s MXGP of Trentino.