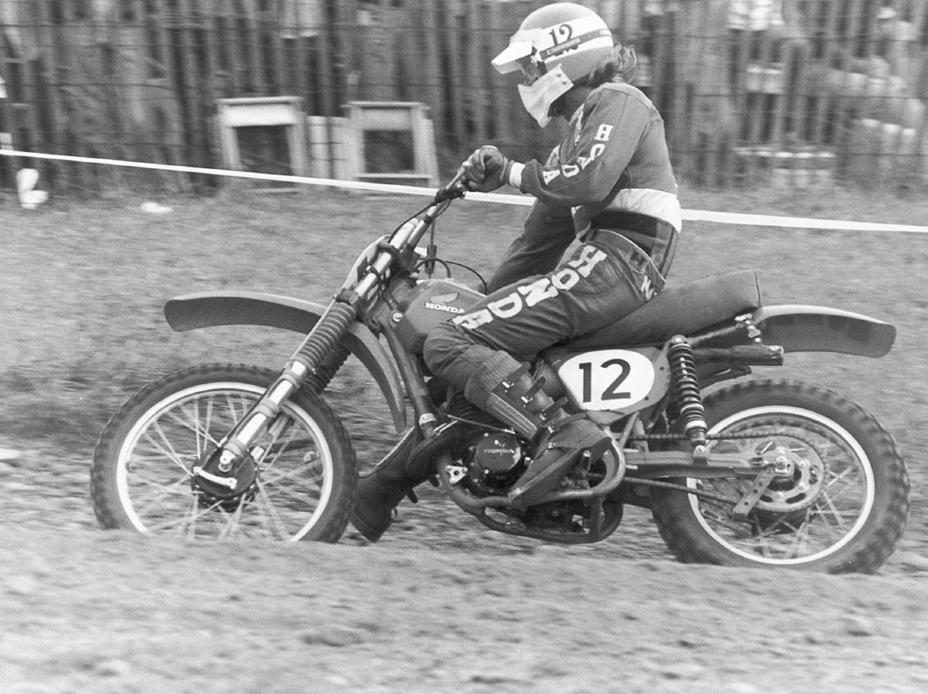 It is with deep regret that American Honda today marks the passing of Marty Smith. Smith and his wife Nancy lost their lives on April 27 due to injuries incurred in a dune-buggy accident in Southern California.

A member of the AMA Motorcycle Hall of Fame, Smith helped put Honda on the motocross-racing map, delivering the company’s second, third and fourth AMA Motocross National Championships, in the mid-’70s. He earned national victories in all three AMA Motocross classes (125, 250 and 500cc), as well as 250cc Supercross, Trans AMA and even the FIM Motocross World Championship series.

Born in San Diego on November 26, 1956, Marty got his first riding experience at a young age, aboard his father Al’s Honda 50 “Cub,” and after some grooming in the Southern California desert, Marty began racing at Carlsbad Raceway at age 14. He enjoyed quick success and eventually earned a ride with Monark before Honda signed him as a factory rider for the 1974 season.

Just 17, Smith was given the lofty mission of campaigning the RC125 (the factory version of the then-new CR125M Elsinore) in the AMA 125cc Motocross National Championship’s inaugural season. He dominated the four-round series, winning the first two races and finishing runner-up in the final two. Smith won the crown, with fellow Honda riders Bruce McDougal, Chuck Bower and Mikey Boone taking second through fourth in the final standings. Despite his travel schedule, Marty also managed to graduate from high school that same year.

Smith successfully defended his crown in 1975, topping all but one of the seven races and finishing third in the other, ultimately compiling a record 543-point margin on the series runner-up. He was also one of the first Americans to beat the Europeans, winning that year’s FIM 125cc USGP, held at Mid-Ohio in Lexington, Ohio, as well as the 500cc Trans AMA race in Nebraska.

The following season saw Smith continue in the AMA series while also traveling overseas for selected Grand Prix rounds in the FIM Motocross 125cc World Championship. Although he lost the AMA 125cc crown to Bob Hannah (finishing second), he again won the USGP in Ohio and finished fourth overall in that series. And in 1977, Smith further demonstrated his versatility by winning the AMA 500cc National Championship.

A serious injury early the next year derailed Smith’s ’78 season, and he switched to Suzuki for a three-year run before additional injuries prompted his premature retirement at age 24. In the years since, much of Smith’s time was devoted to teaching students through his Marty Smith Motocross Clinic.

American Honda had only been established for 15 years at the time of Smith’s hiring. Stylish on and off the bike, Marty’s clean-cut image and prototypical SoCal surfer looks were a perfect fit.

“It was an era of rebellion for a lot of kids,” remembered Dave Arnold, Smith’s mechanic during the ’76 125cc USGP and 500cc Trans AMA race, as well as the ’77 500cc title-winning season. (He also eventually became Honda’s team manager.) “Marty was a baby boomer, and when those kids’ parents looked at motocross and saw that it was kind of an athletic sport—or at least healthier than sex, drugs and rock and roll—they were more inclined to fund the purchase of an Elsinore or whatever. Marty epitomized that; he had teen-idol looks, wore a red, white and blue Honda jersey and was on book covers and lunch pails. You could say he took the ‘You Meet the Nicest People on a Honda’ tagline and turned it to ‘You beat the fastest people with a Honda.’ The relationship between Marty and Honda was very family-like and loyal. When he flew to Japan, they put out a red carpet for him, and Mr. Honda was there to meet him on the runway.”

“Marty was a great racer and a true Honda legend, and his passing is a blow to the sport,” said Lee Edmunds, Manager of Powersports Marketing at American Honda. “On behalf of everyone at American Honda, I extend my heartfelt sympathies to his family, friends and fans.”

Smith was 63 at the time of his passing. He is survived by his siblings, Todd and Jeanette; his children, Tyler, Jillyin and Brooke; and seven grandchildren.