A DUCATI FOR THE NATIONAL HARE & HOUND: THE WRAP 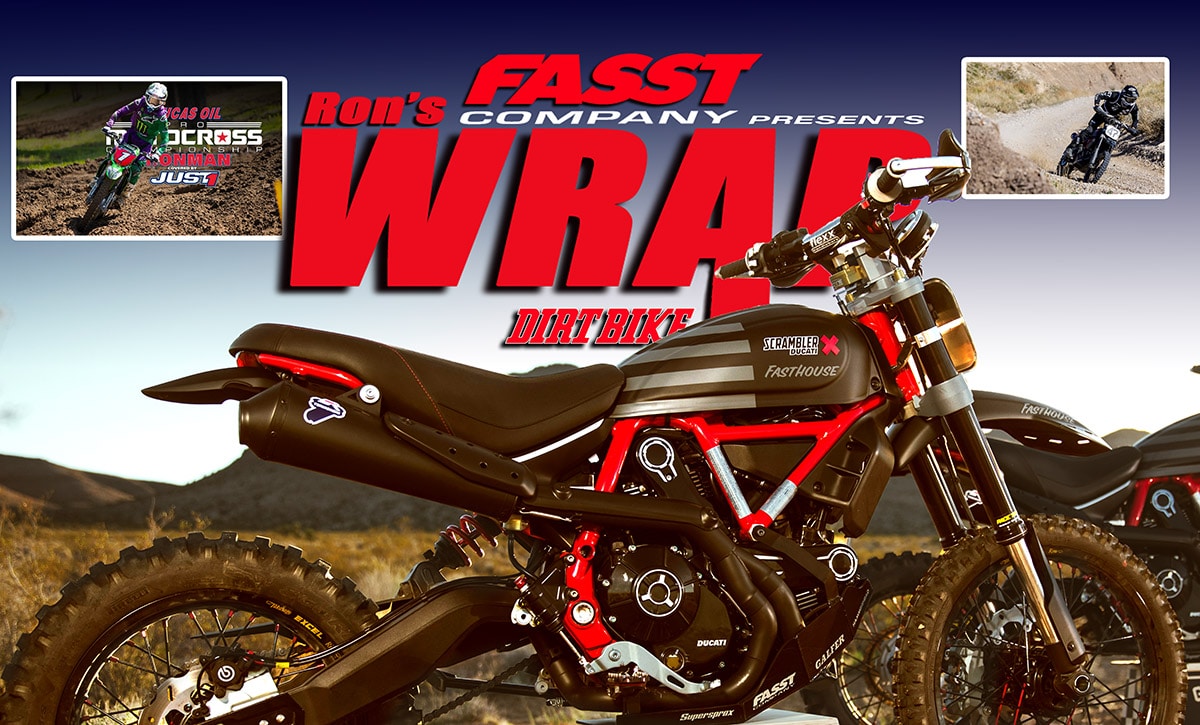 Just before the Covid-19 lockdown, the third round round of the National Hare and Hound series took place, which would be one of the last races held for some time. The Mint 400 had been a car-only race for years, but for 2020, they opened it up to motorcycles once more and included it in the National Championship. It was a two-loop race staged out of Buffalo Bill’s Casino in Primm, Nevada. What really got our attention was the new Hooligan class for big twins. Ducati got behind the class and helped put together several teams mounted on Scrambler Desert Sleds. Jordan Graham and Ricky Diaz were on Fast House sponsored Scramblers, and Alexander Smith and Michael Allen teamed up on a Malcolm Smith Motorsports Scrambler.

In the end, Graham won the class over the Smith/Allen team. Both teams completed two loops. Diaz got a full loop in before he was stopped by a broken shifter. The winning time of 4:45 would make for a long day of riding, especially when you see how fast these guys were going. You can watch a video of the Ducati Mint 400 race here.

The Scrambler Ducati Desert Sled is nostalgia-driven bike that we tested back in 2018. You can read the test of the production Scrambler Desert Sled here. In stock form, the bike is great fun. It has a 803cc L-twin motor that produces about 73 horsepower. But it would be tough to ride at speed in a national Hare & Hound for four hours. The Ricky Diaz and Jordan Graham bikes were built by the Spider Grips team, which also built a Ducati for Pikes Peak. They didn’t have to reconstruct the bike, but they did make some smart changes. As you might expect, the suspension was first on the list. The shock was actually a Fox. The fork was the stocker, but reworked by Race Tech. It got a Scott’s steering damper, Flexx bars and Fasst Co footpegs and hand guards. The swingarm was extended and Pirelli full knob tires were uses with mousses. BJ Manufacturing made a massive skid plate.

Ducati has a number of in-house accessories that were also used. One of them was the pipe, which was a Termignoni full system. The ignition was remapped, as well. Overall, we have to say that the bike inspired us. We would love to build one for ourselves. We’re just not sure we want to ride a National Hare & Hound on it. 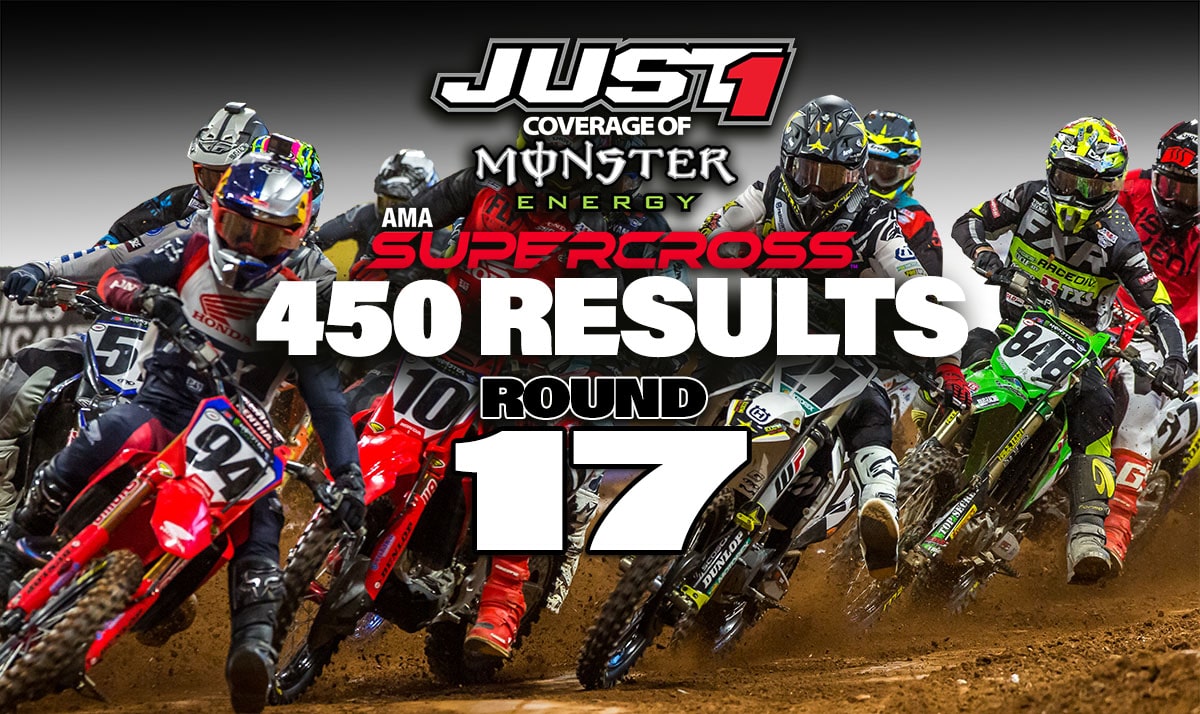 The weirdest season in Supercross history will come to a close on Sunday, with round 17. It will be the seventh race held at Rice Eccles stadium in Salt Lake City without fans. No one would have chosen this as an ideal  solution, but it is what it is, and I gotta hand it to Feld and the state of Utah for making it happen. You can click on the image above to catch up on the races held so far. Then, it’s time to start thinking outdoors! 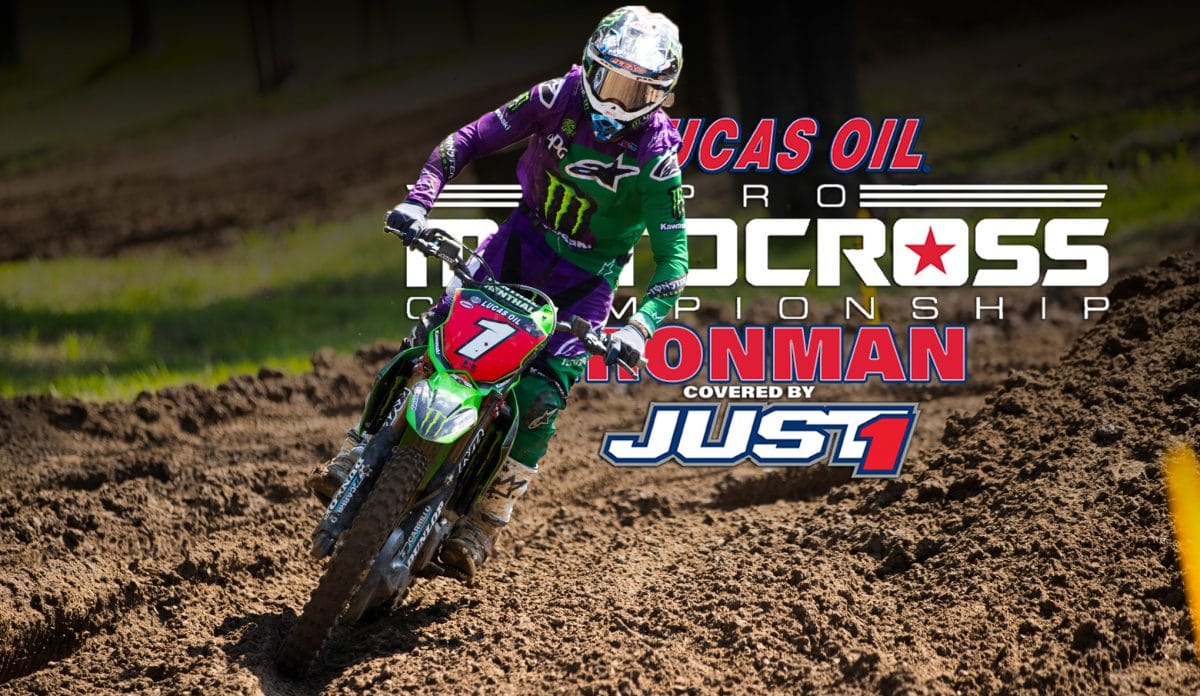 We are less than a month away from the start of the Lucas Oil Pro Motocross season, which will have fans in attendance. It’s clearly been a nightmare for the MX Sports guys who don’t really have the option of running a made-for-TV event like Supercross. So far, only the first two rounds have been inked: Crawfordsville, Indiana on July 18th and Jacksonville, Florida on July 25th. Indiana was actually the most recent outdoor National, as well. Eli Tomac won there to wrap up the 2019 season, and you can get in the mood by reading about it if you click on the image above.

There are 22 motorcycles that have passed the homologation process and are approved for use in the 2020 Lucas Oil Pro Motocross series. The list of  bikes only goes back four years. The ’08 Honda CRF450R might have won races back in the day, but it won’t win them any more. The only two-strokes that have been approved are the KTM 250SX, the Husqvarna TC250 (in the 450 class) and the KTM 125SX and Husky TC125 in the 250 class.  If you have one of the bikes on the list below, you’re good to go.

The garage is full of adventure bikes and we have been riding them like crazy. The latest to arrive is the KTM 790 Adventure R. This is an upscale version of the 790 with a high fender and more suspension travel. The price is $13,699. There’s an even more upscale, limited production version called the Adventure Rally, this has more advanced suspension and a price pushing $20,000. 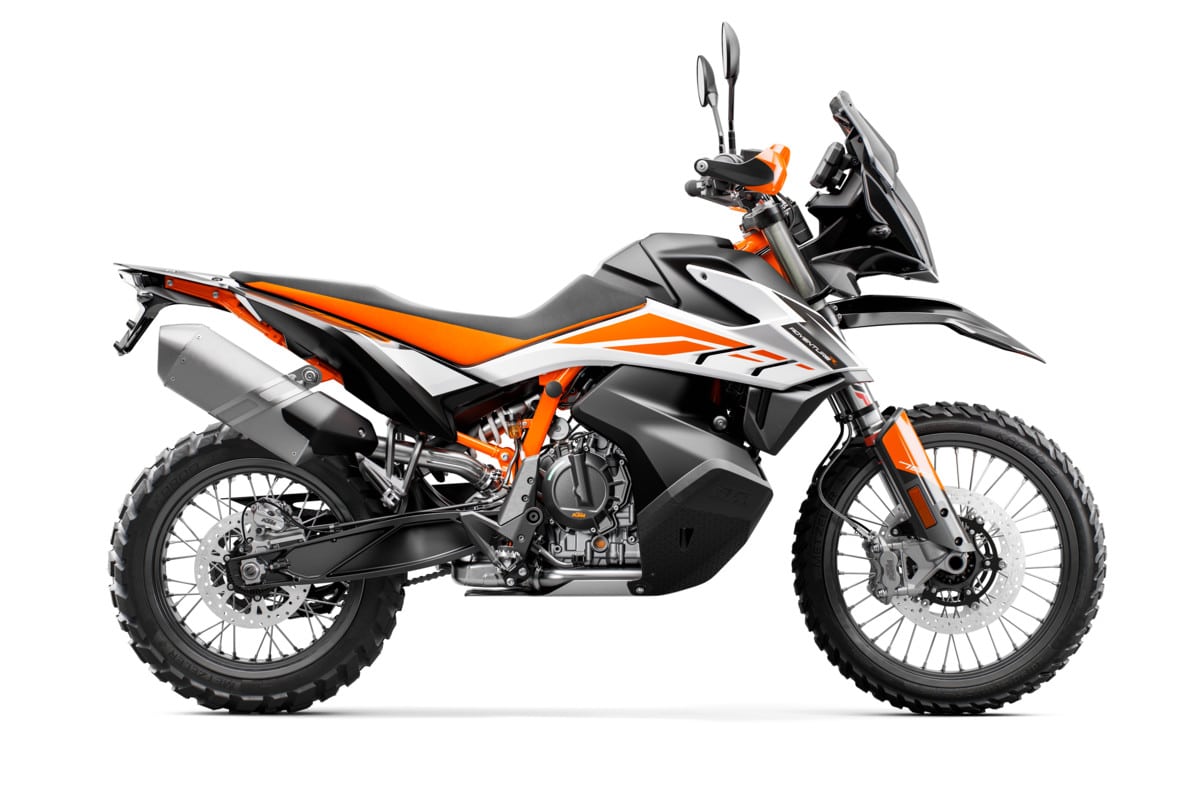 We have only one day of riding the bike so far and we already know we love it as much as we did a year ago, when it was first introduced. Stay tuned for more on this and the other adventure bikes we seem to be accumulating.

Come back next week!