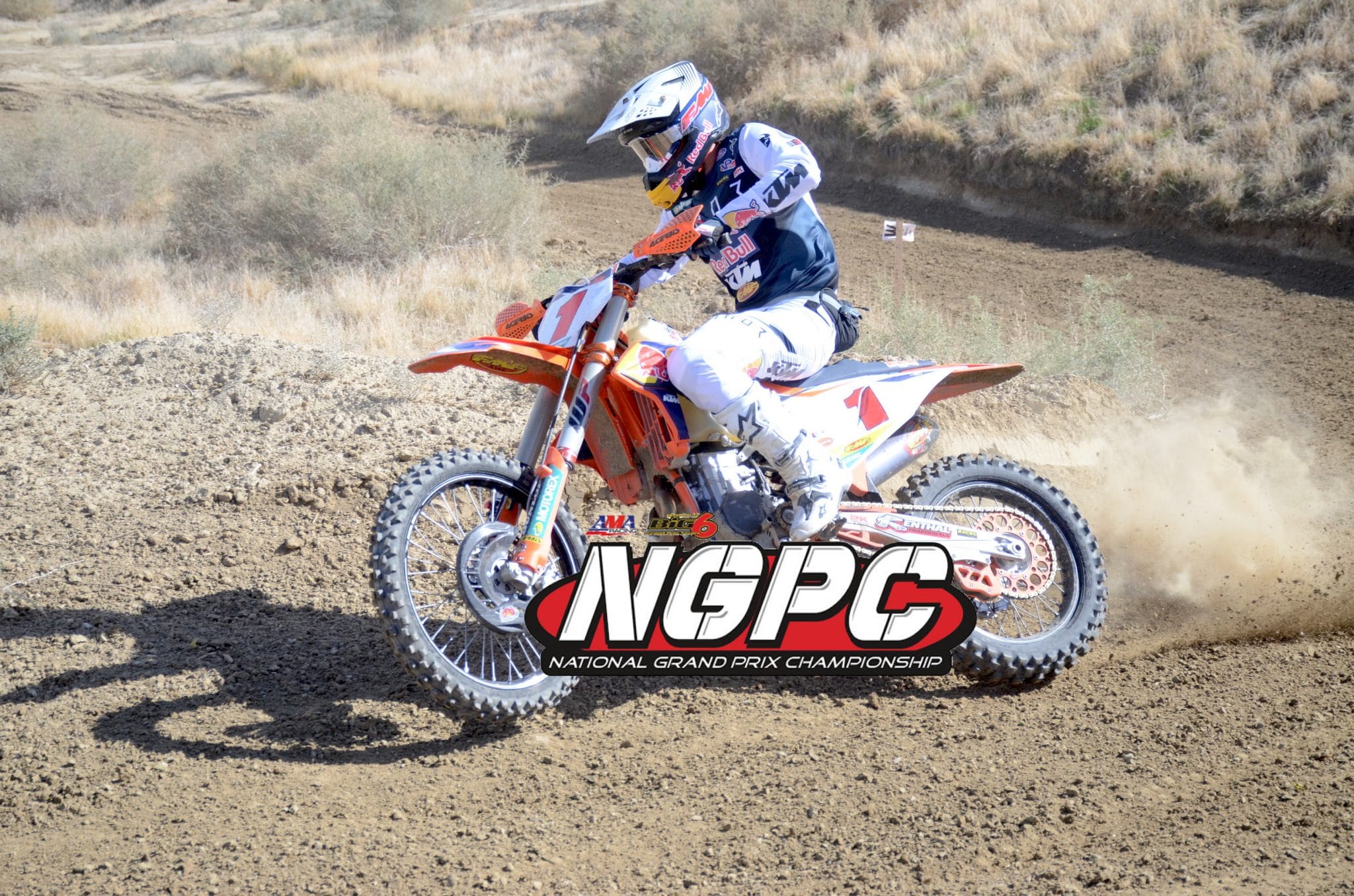 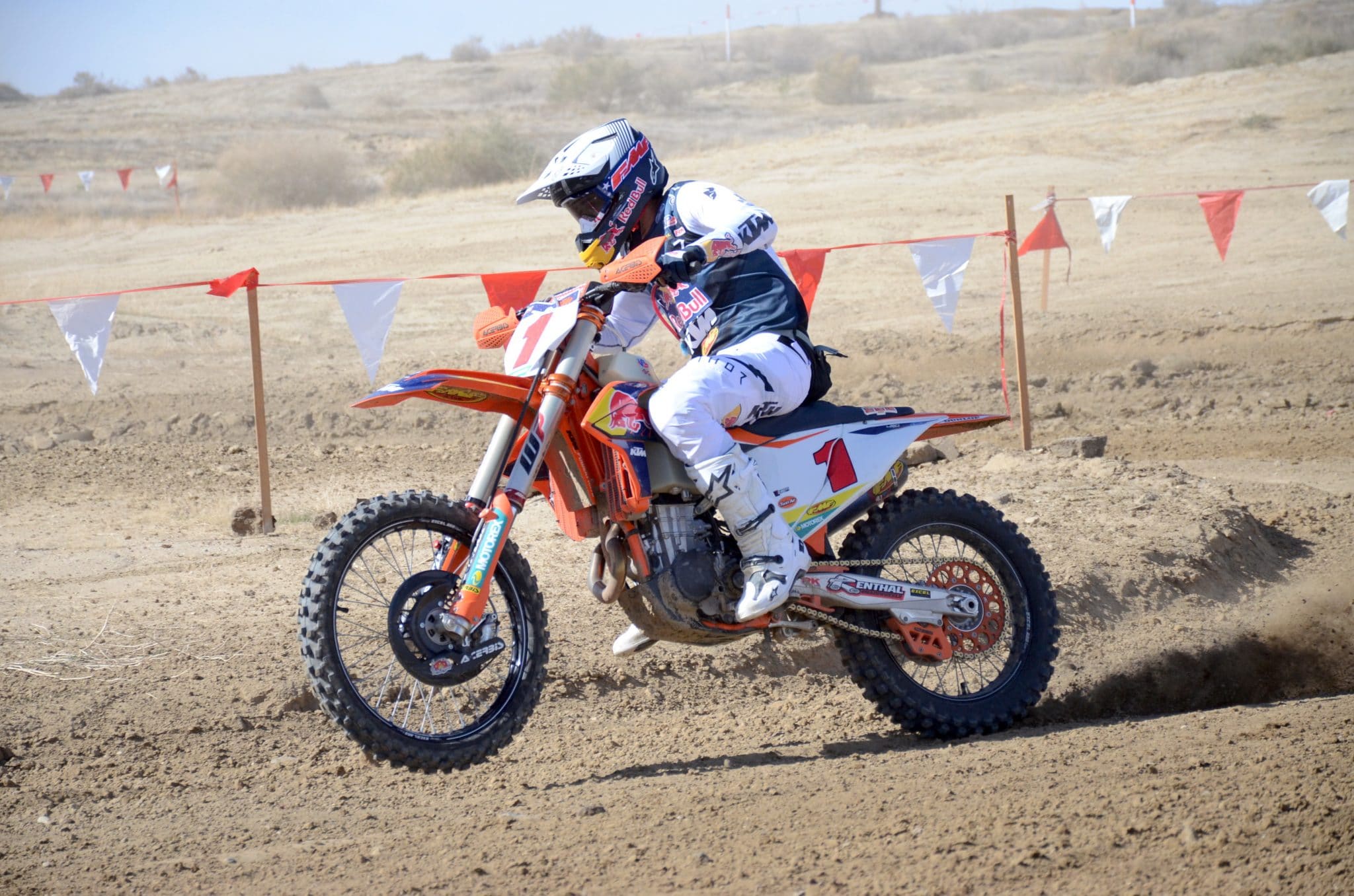 Defending NGPC series Pro division champion Red Bull KTM factory rider Dante Oliveira once again charged to the victory in the main event. Oliveira got the holeshot and lead all but one lap of the 90 minute race. Precision Concepts Kawasaki rider Zach Bell kept him honest the entire race with the two riders separated by only two seconds at the end. The defending champ heads into round three at Glen Helen next month with the points lead. 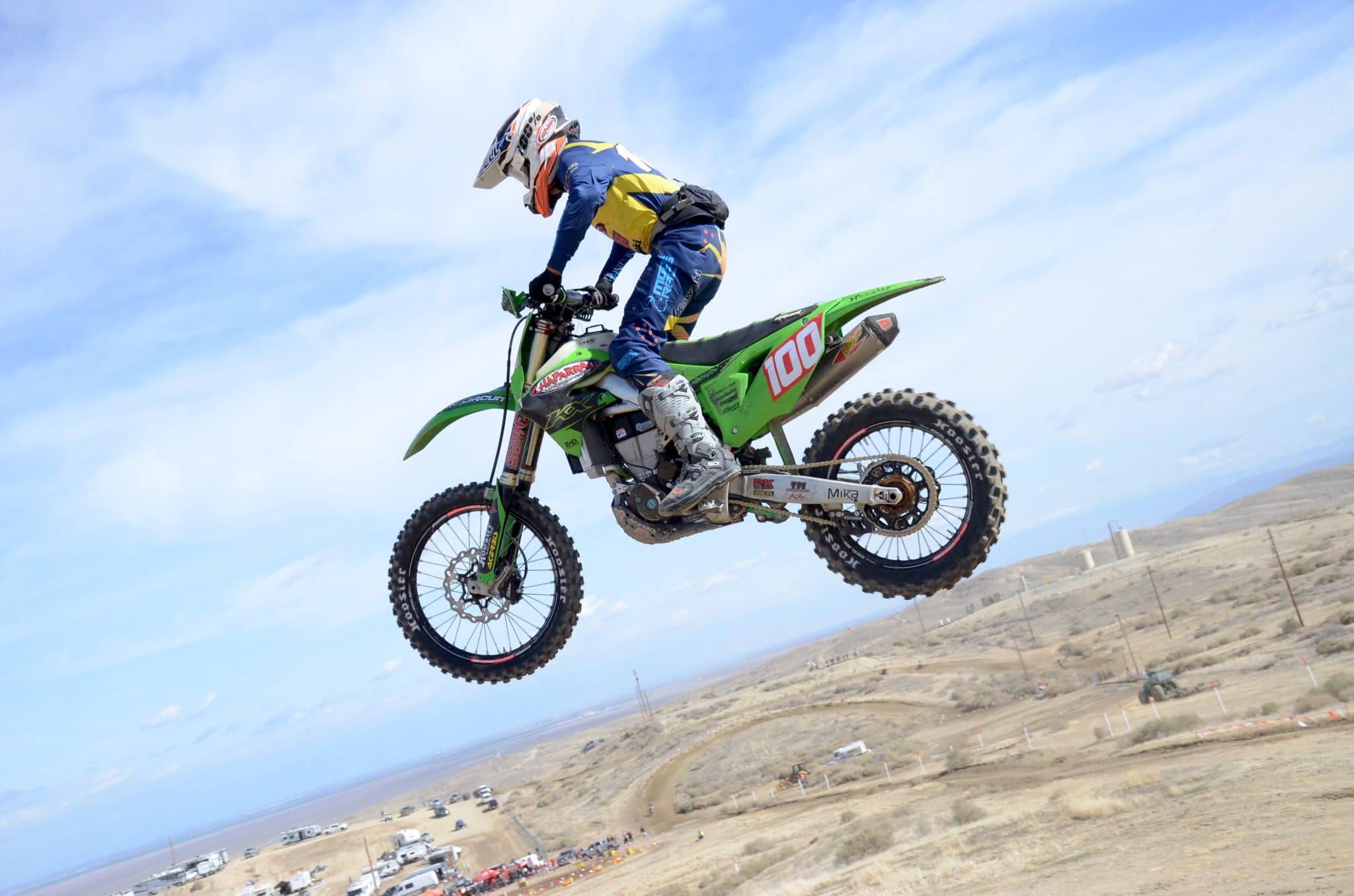 Precision Concepts Kawasaki’s Zach Bell looked fast and under control at round 2 and was within a few seconds of leader Dante Oliveira the entire race.  Starting the final lap both riders were separated by less than a second and at the checkered flag Bell came up two seconds short of the win. 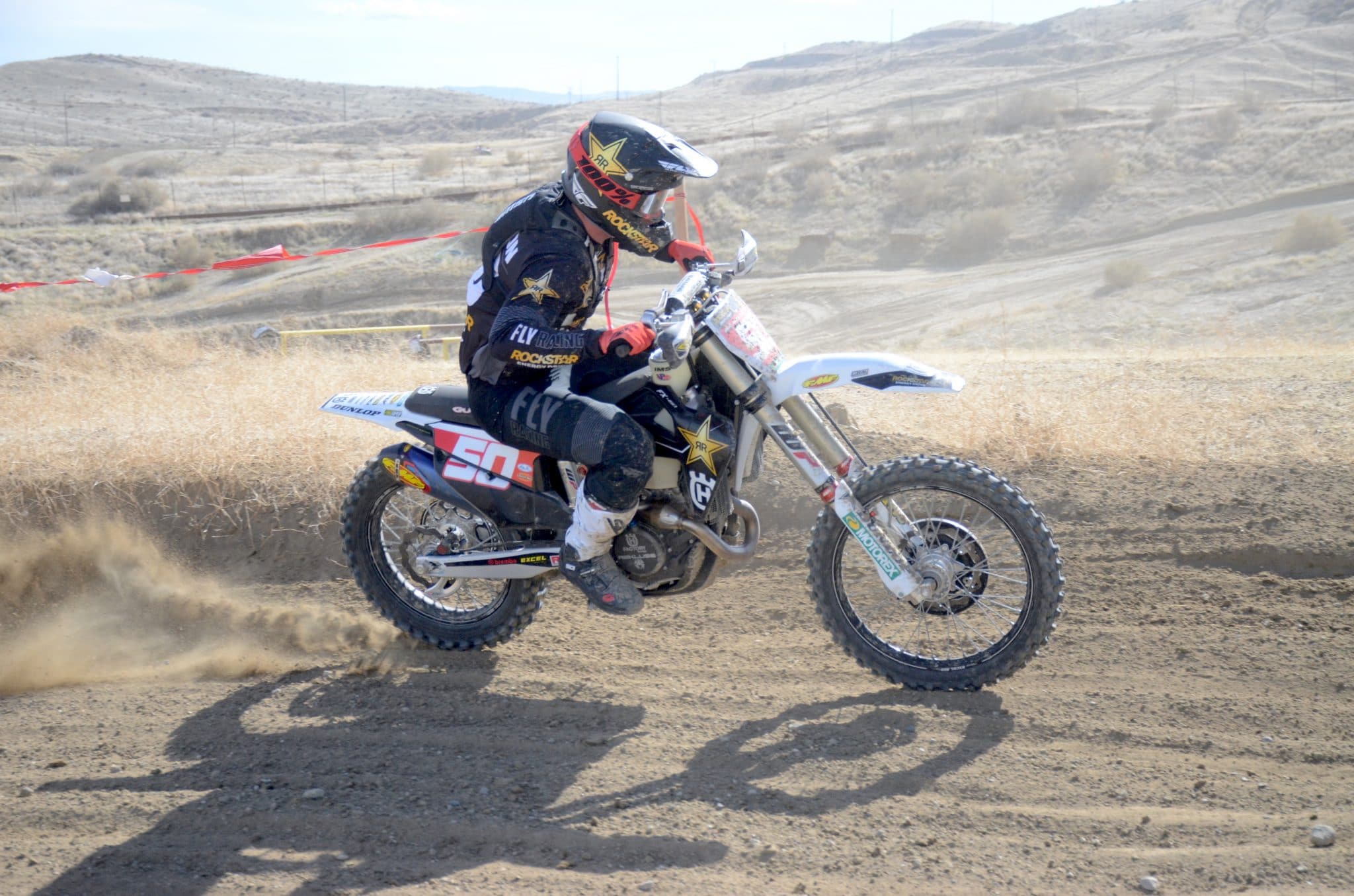 Rockstar Husqvarna factory rider Austin Walton ran in the third position for a good portion of the race, battling with SLR rider Cole Martinez and Fasthouse Kawasaki rider Trevor Stewart. Walton would eventually outlast the other two riders and finish on the final step of the podium in third place. 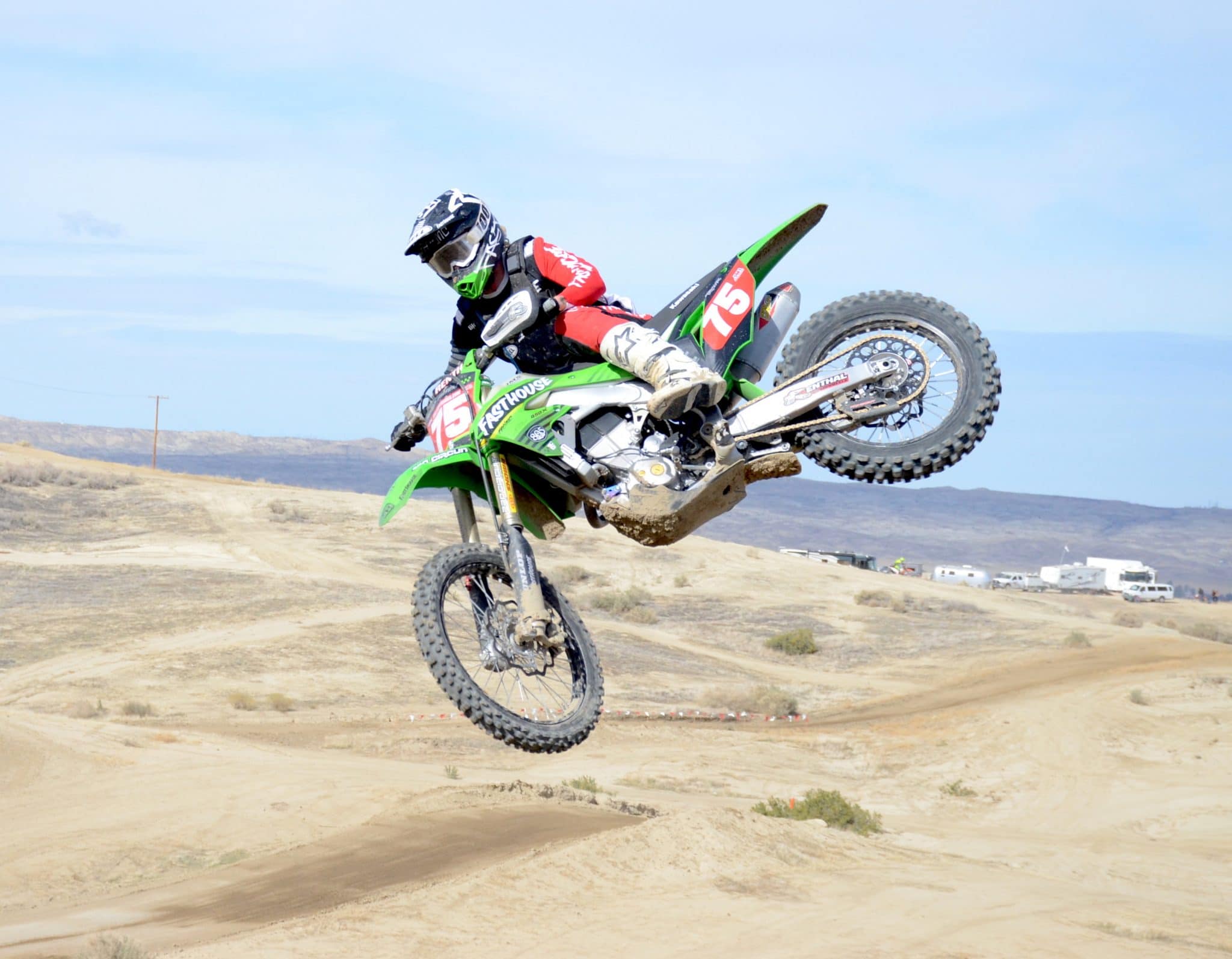 Trevor Stewart was on the gas aboard his Fasthouse-backed Kawasaki KX450. Stewart went down in the first turn and would come from dead last to finish just off the podium with a solid fourth overall. Stewart has switch to Kawasaki for the 2021 season and with minimal amounts of time aboard the new machine is showing some impressive speed. 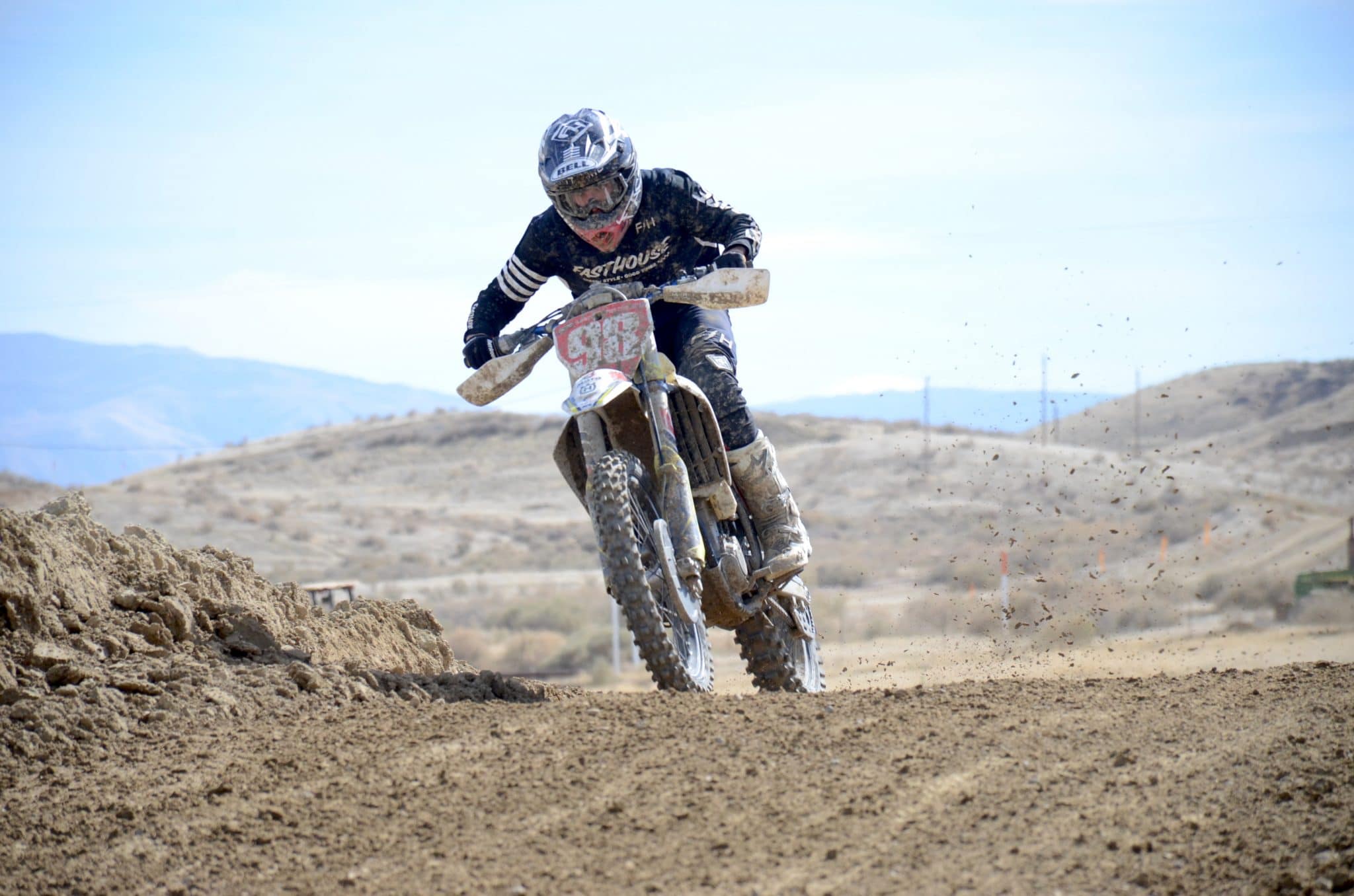 Justin Hoeft has shown up at multiple off-road races over the last few months and has been a fixture on the podium. Unfortunately he was running up front early but went down hard, he was able to remount and charge to a very respectable top ten finish in the Pro division aboard his Fasthouse backed Husqvarna.

PRO 2: TALLON LAFOUNTAINE ON THE GAS 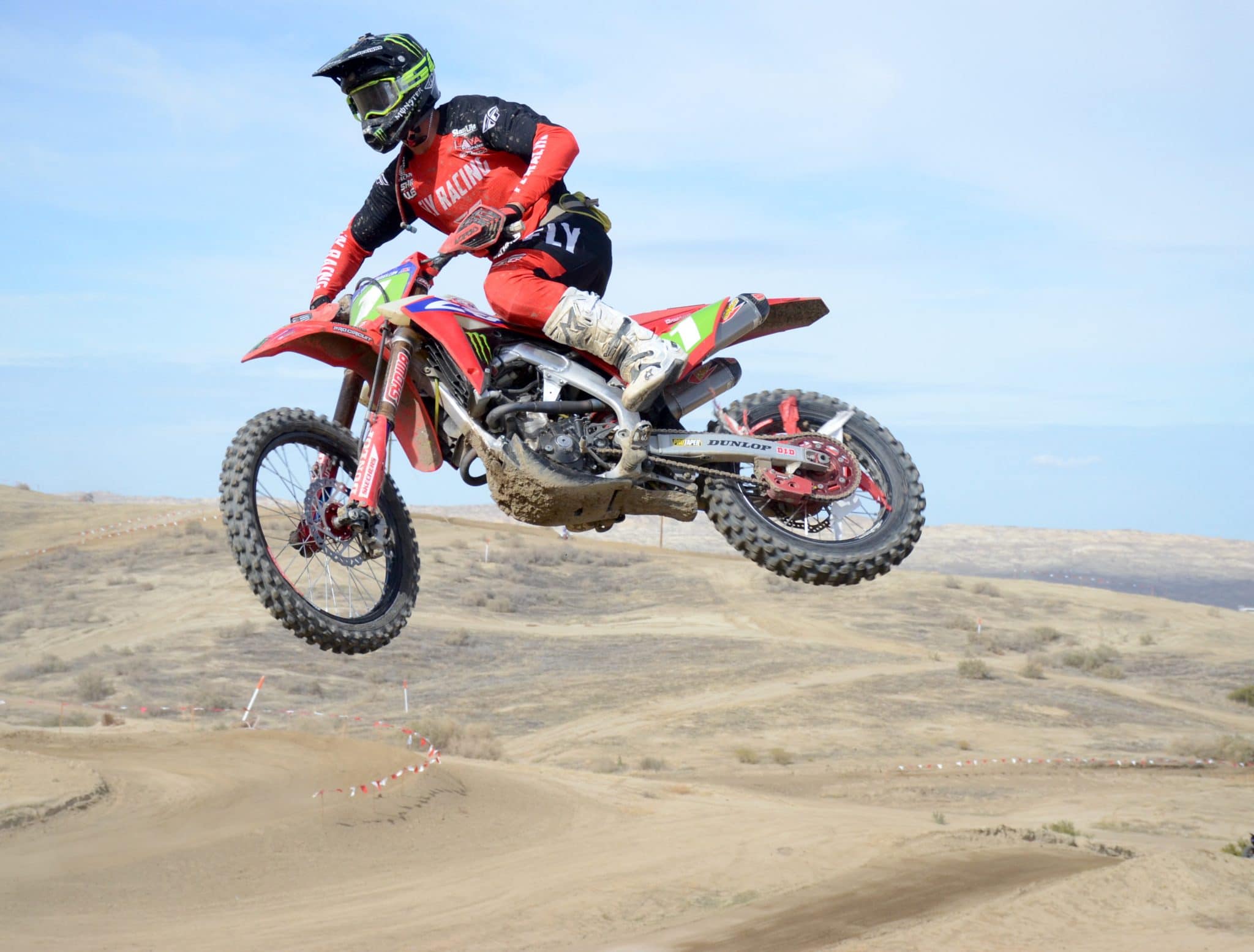 In the Pro 2 division defending champion SLR Honda’s Tallon Lafountaine had a race-long battle with RPM KTM rider Mateo Oliveira.  A little past the halfway point, Tallon made a pass into the lead and would hold the top spot to the checkered flag. The SLR Honda rider heads into round three at Glen Helen as the Pro 2 series points leader. 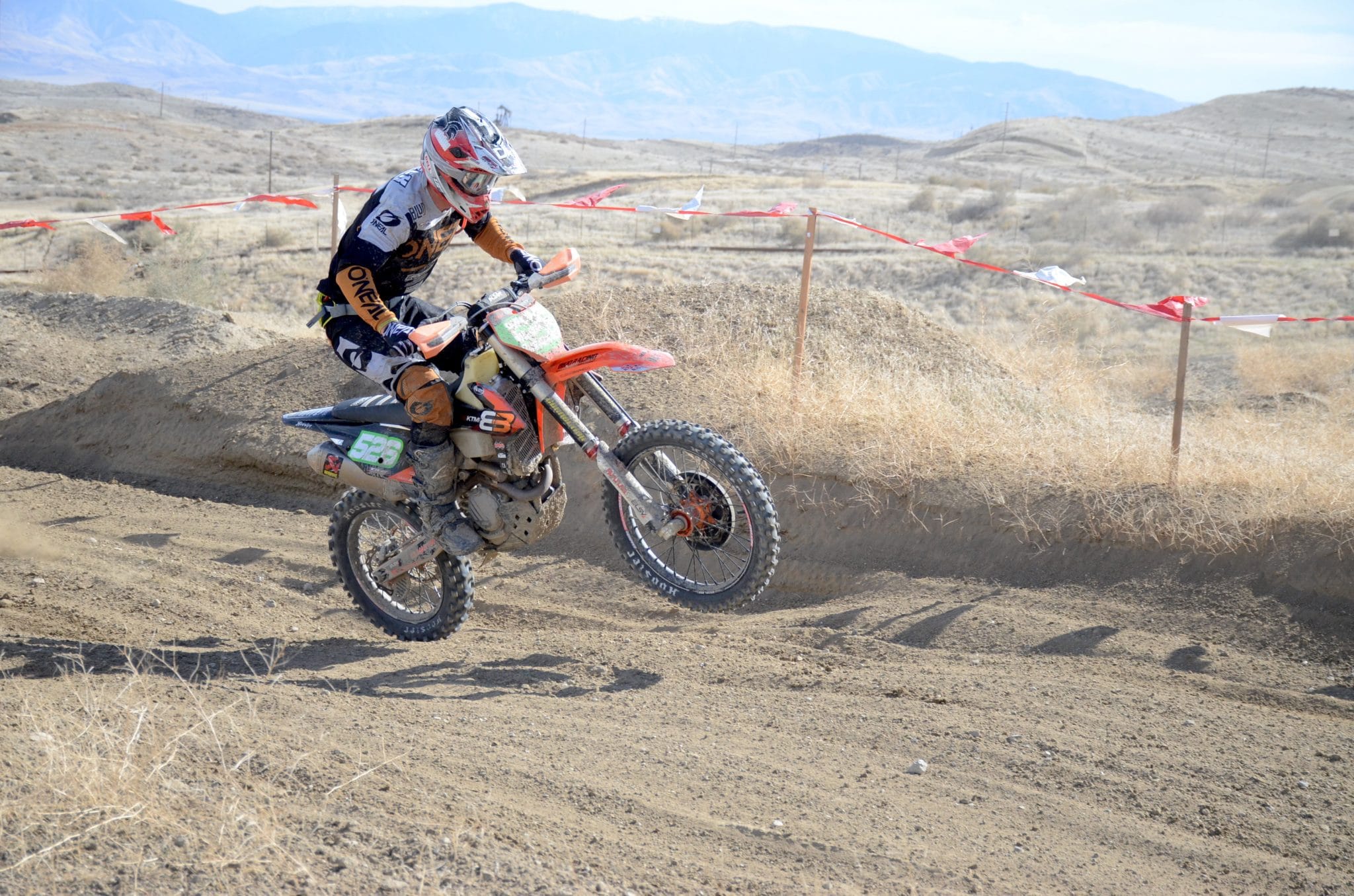 Colton Aeck put his 3-Bros KTM on the Pro 2 podium in second overall. 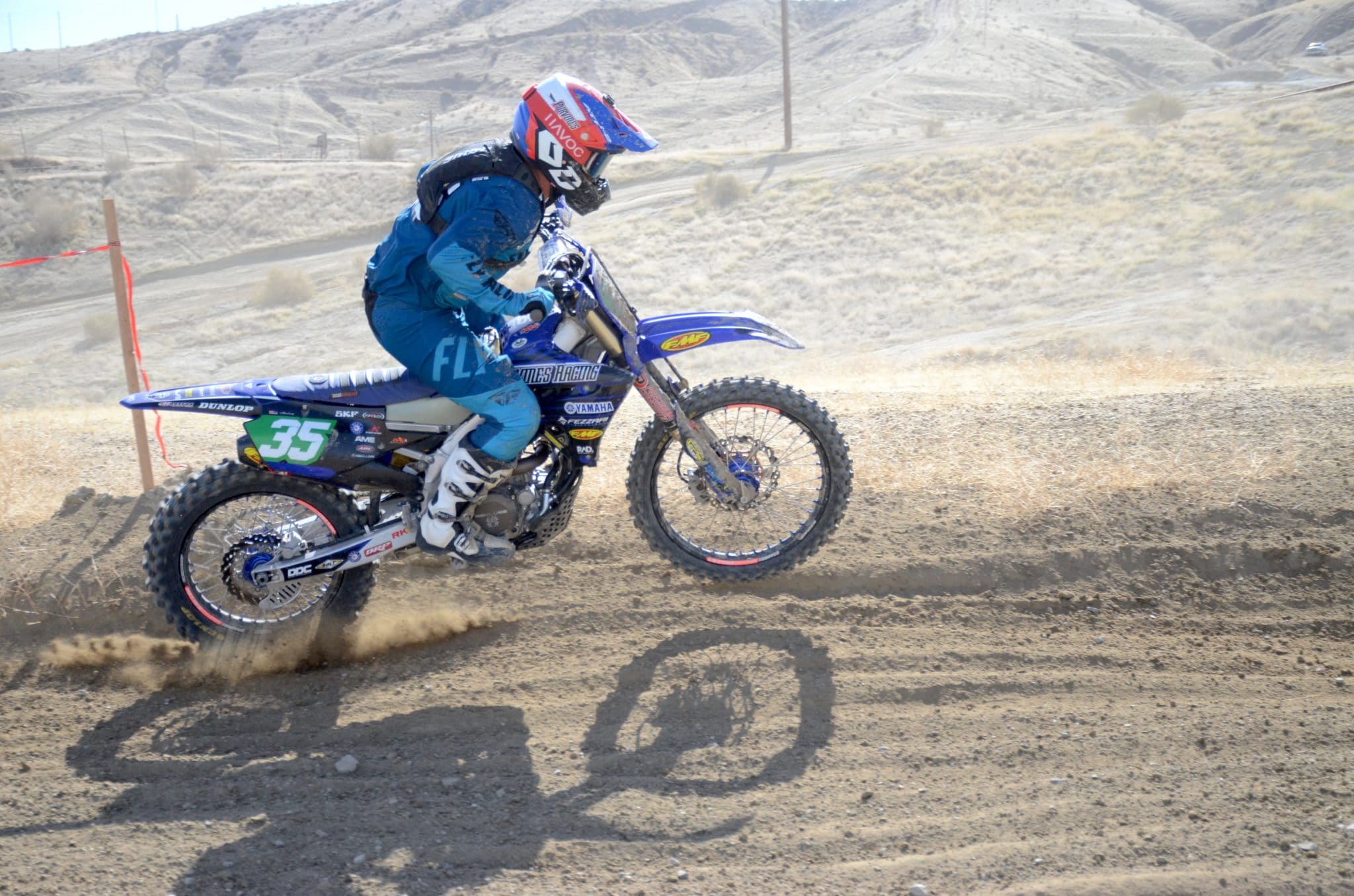 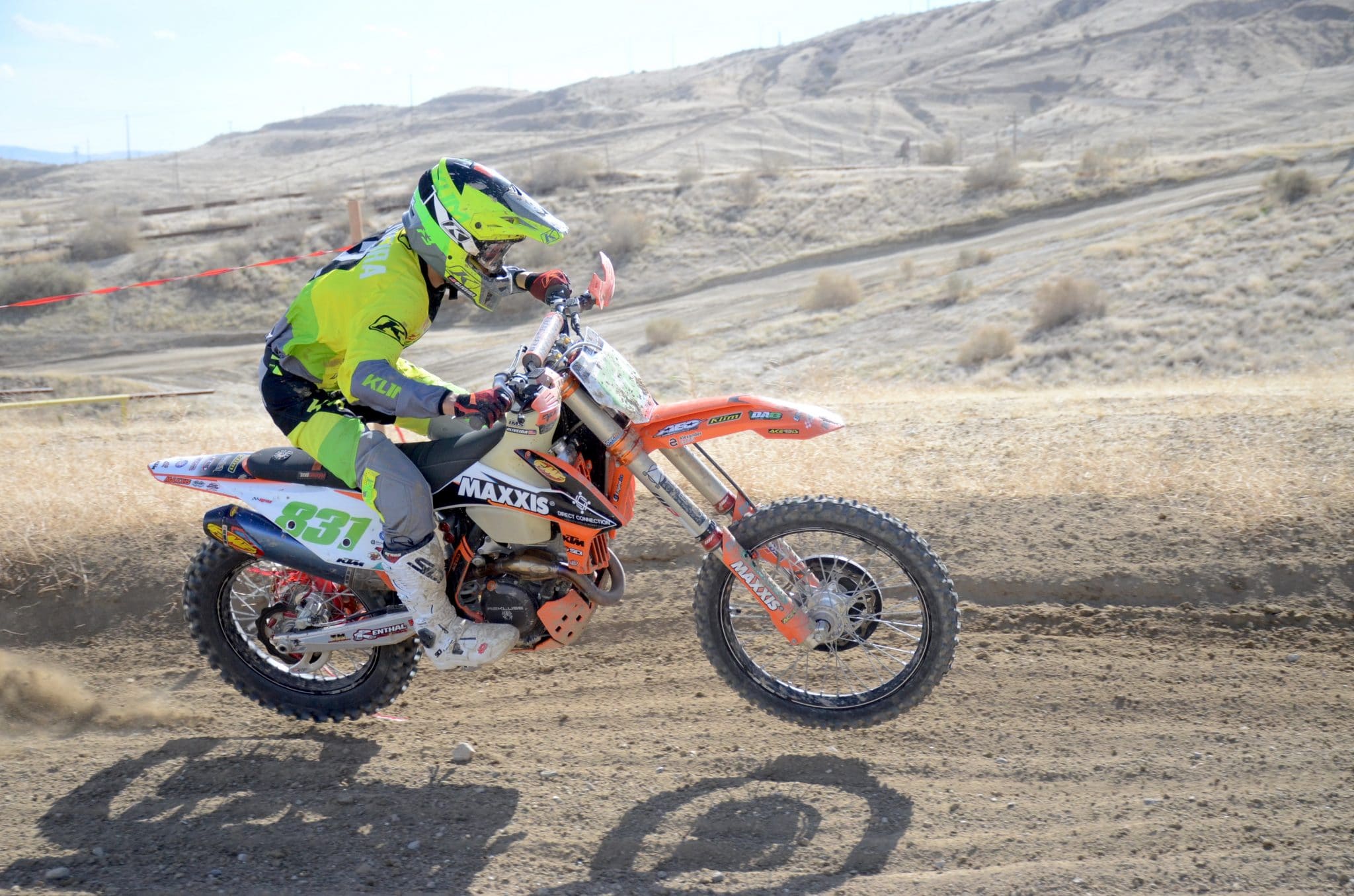 Mateo Oliveira ran up front until he ran into trouble on the last lap.