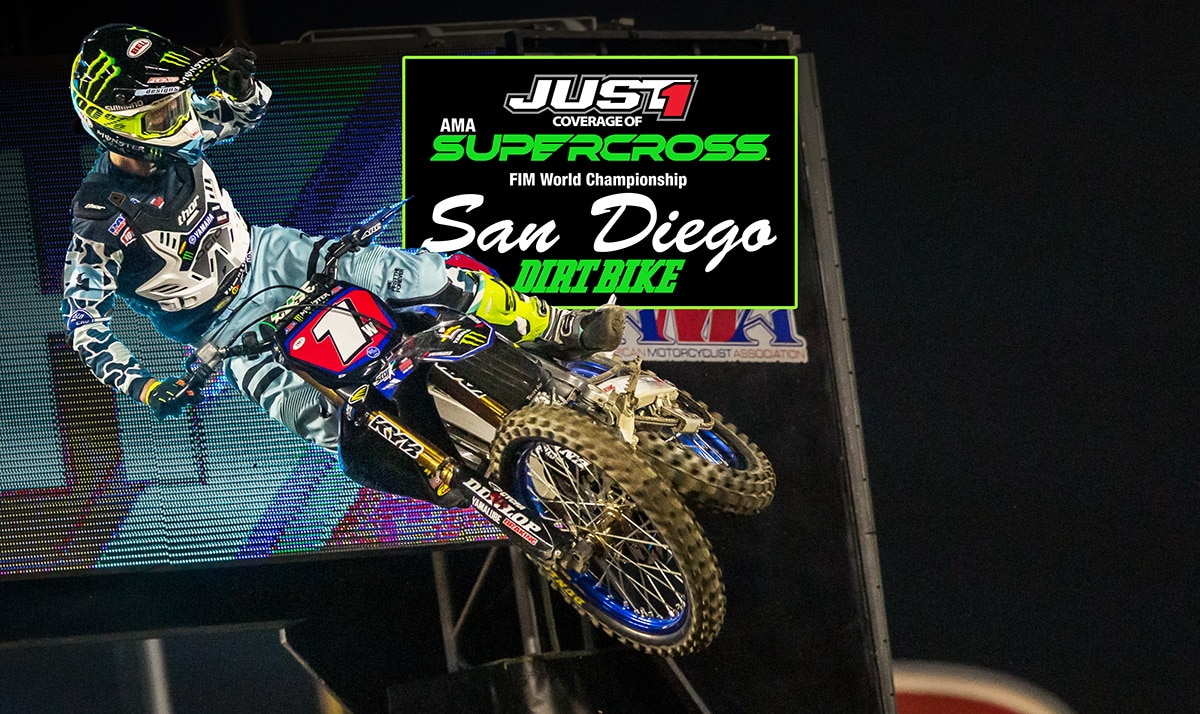 Dylan Ferrandis might be on probation , but he’s not holding back. The 2020 San Diego Supercross climaxed in a one-on-one battle between Ferrandis and Austin Forkner for the 250 West series. In the end, Ferrandis had a little more in the tank, and wasn’t afraid to use it to win the race, even if it meant some risky moves.

Cameron McAdoo and Austin Forkner were in front throughout the first heat, with Forkner riding flawlessly and not offering any openings. Derek Drake tried to pressure McAdoo through the early laps while his KTM teammate Brandon Hartranft was trying to recover from an off-track excursion on the first lap. Eventually Hartranft found himself catching up to seventh.

Michael Mosiman was on fire at the start of the main event. He shrugged off last week’s misfortunes and moved into the lead immediately. Behind him, Austin Forkner got into second place quickly, but seemed unable to make a move on Mosiman through the early laps. Ferrandis and Cooper weren’t too far behind, and it wasn’t long before the four of them were up front, pulling away. Forkner finally made a move on Moisman and made it stick, and it wasn’t long before Ferrandis did the same. For the  majority of the race, Forkner and Ferrandis were about a second or two apart.  While they played cat and mouse, Justin Cooper moved past Mosiman, but by that time he was too far back to be a factor in the lead battle. As the race came to its final laps, Ferrandis made a few risky attempts at taking the lead away. He finally made one of the work. There was contact, and Forkner went off the track. From there on , it was easy for Ferrandis. On the podium, he complained that there were few places to pass on the track. The crowd made a lot of noise, most of it booing.