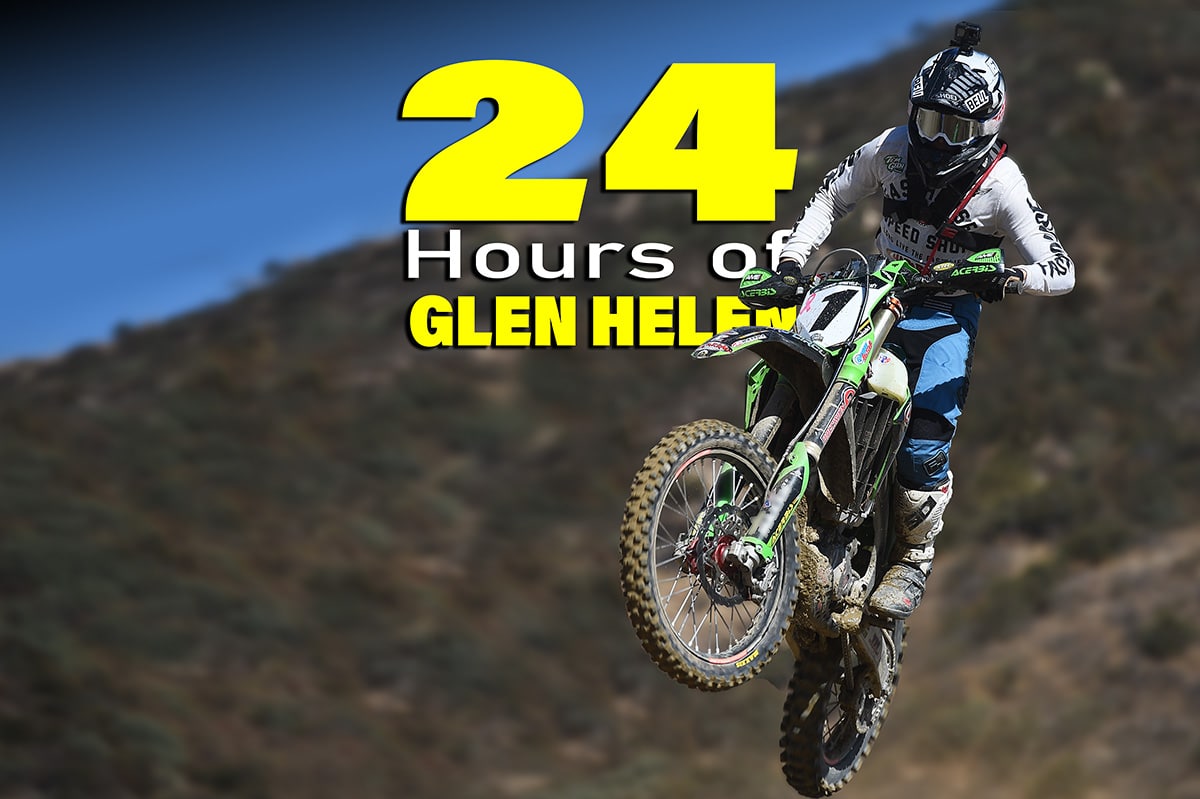 The 3 Bros 24 Hours of Glen Helen is a annual happening in the Southern California off-road community. It isn’t as much a race as a regular get-together, as friends, families and co-workers gather to endure a day that mixes fun and suffering in a way that’s unlike any other event. But  racing certainly takes place, on a mulitude of levels. Going in to the 2019 event, the Pro class looked like it would be lopsided. Zach Bell, Blayne Thompson, Clay Hengeveld and Ryan Surratt were all on the same team. That’s a who’s who of California talent, and all were riding under the Precision Concepts/Chaparral Kawasaki banner. Who could deal with that?

The team of Tyler Lynn, Kolton Lynn, KC Ballow and Daemon Woolslayer gave it an impressive effort. They put their Yamaha in second early in the day and kept it close enough to make it a race. There weren’t many bar-to-bar moments, but in an event that is usually won in the pits, they made it clear that the Precision Concept guys couldn’t let up.  About six hours into the race, they ran into trouble and lost a lap in the pits. That put the top Open Expert team of Tyler Nicholson in second overall for a period. Not far behind them, the top 250 two-stroke team of Nic Garvin was getting in the mix, as well.

Ty Davis has organized the Junior Challenge for several years at the 24 Hours of Glen Helen. His son Dustyn usually rides a TM, but for this race, they used a Kawasaki KX85. He and Kyle Heald, Tristin Alvarez, Austin Eddy, Kaden Lynn and Caleb Tate rode to 20th overall.

The real heroes of this race are the Ironmen. This year the race between Carlos Montalvan and Max Shapiro lasted through most of the daylight hours before Montalvan pulled a big lead.

Official results at are www.glenhelen.com.