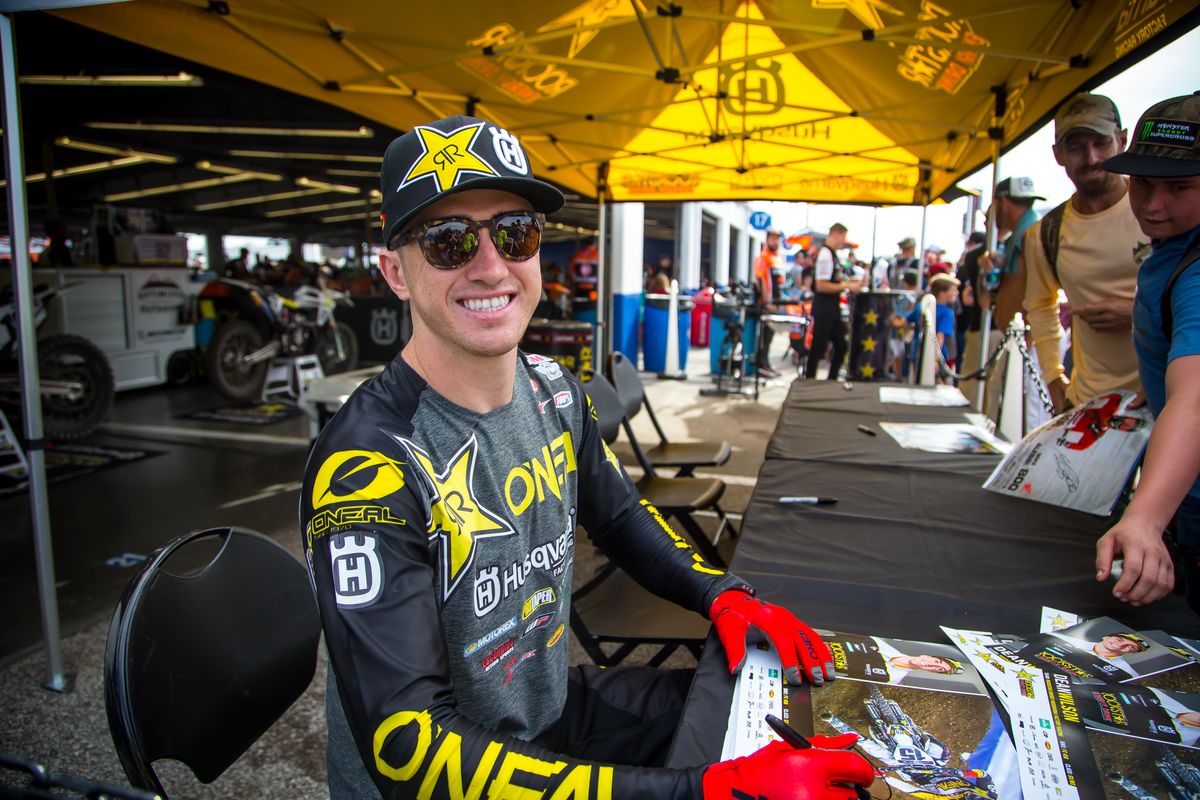 Rockstar Energy Husqvarna rider Dean Wilson crashed during timed qualifying at this years Monster Energy Cup. Wilson was immediately transported to the hospital for evaluation. Below is the the official press release we received from the team and the video of the crash:

“Rockstar Energy Husqvarna Factory Racing Team’s Dean Wilson will miss Saturday night’s Monster Energy Cup in Las Vegas after suffering a hard crash during the second qualifying session of the day. Wilson was immediately transported to the local hospital where early reports indicate that he has sustained a dislocated hip.

It was an unfortunate ending to the night for Wilson, who had an impressive showing in the day’s qualifying sessions. He qualified third overall in the first session, finishing only half a second off the leader. The Rockstar Energy Husqvarna Factory Racing Team wishes Dean a speedy recovery as he awaits further evaluation.”

Below is the video of what happen: