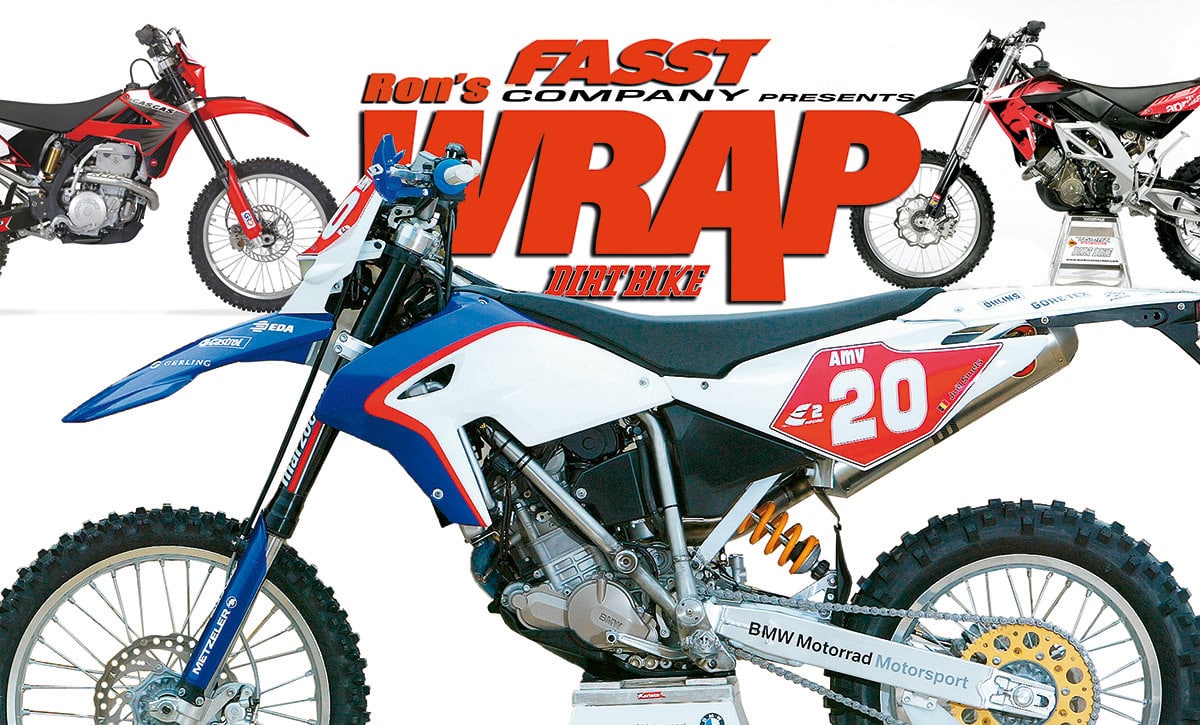 There’s no better waste of time than diving into the Dirt Bike photo archives. Most of the bikes we’ve tested over the last 30 years I remember perfectly. Others, not so much. I arrived on staff in 1990, so I’ve ridden a lot of winners and losers. This week, I opened up the files in the 2006, 2007 era and found some real jewels. Some you probably remember, but it’s okay if you don’t. There’s no quiz afterward. 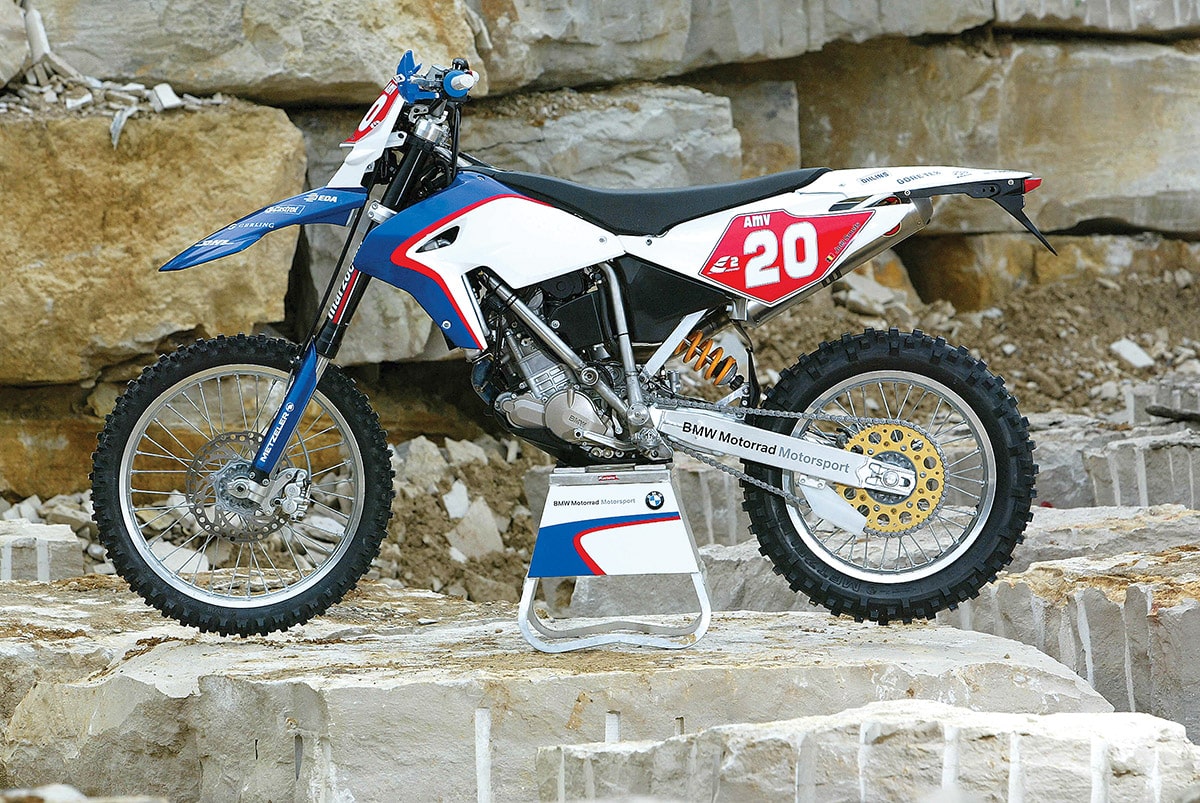 I went to Erzberg for the first time in 2007 at the behest of BMW. It was to be my first look at their new off-road bike. At the time, BMW was the largest motorcycle manufacturer in Europe and felt the need to show upstart KTM a thing or two. The 450 was designed with the help of Joel Smets, and a number of factory riders were entered in the Erzbergrodeo. The bike looked promising at the time. Unfortunately, it turned out to be a disaster. There were too many unorthodox designs, like the crankshaft mounted clutch. The next year, BMW hired the two best off-road riders in the world to race the bike: David Knight and Juha Salminen. Neither had much success on the bike. It was eventually sold as a dual-sport bike in the U.S. and it proved very unreliable. Later, the motor was turned over to Husqvarna for their use. It didn’t work well there, either.

On that same trip, I got to ride the BMW HP2. It was a sort of stripped down adventure bike and it was wonderful. The HP2 had the first of a new generation of Boxer twin motor that made a ton of power. It was also amazingly light. I would love to get ahold of one today, but I think they are rare and expensive. On that trip I rode it in the Erzberg qualifier, which is a timed run up a rocky dirt road. I don’t know if my time was good or bad, but there was no way I planned on riding the hare scrambles on the HP2. It was good, but not that good.

Today, Beta is seen as an Italian alternative to KTM. The two companies once had an interesting alliance. In the early 2000s, Beta was known mostly for its trials bikes, but wanted to get involved in the off-road market. By 2007, the Italians had a decent off-road chassis, but didn’t yet have a suitable motor, so they bought the 450 and 525 RFC engines from KTM. KTM was phasing out its first-generation RFC motor, and had no problem building a few last ones for Beta. As a side note, KTM also sold motors to Polaris for use in an ATV. Many people said the first-generation KTM-powered Betas were superior to the KTM-powered KTMs of that time. Not long afterward, Beta was producing its own motors. 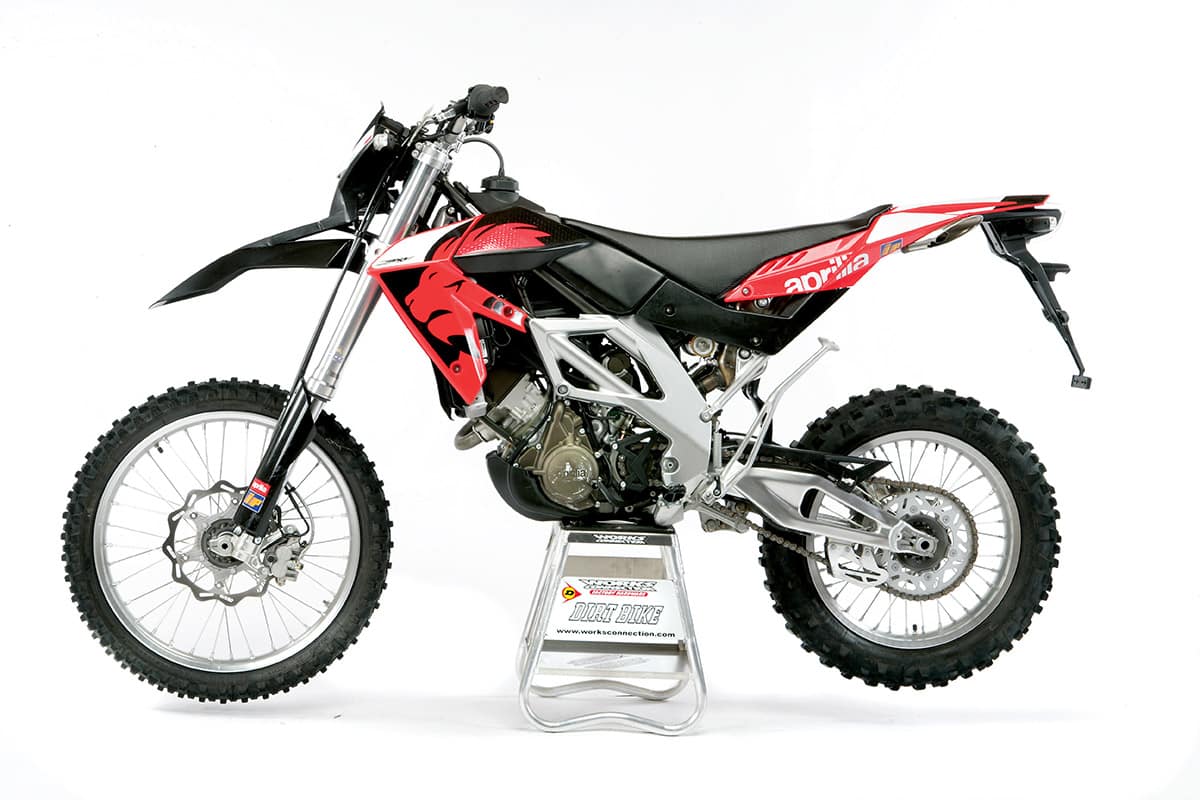 Today, we think that twin cylinder motors are for adventure bikes, not true, dedicated dirt bikes. Back in 2007, Aprilia had other ideas. The RXV450 was a dirt bike that would, by today’s terminology, be classified as a closed-course competition bike. It wasn’t street legal and was actually quite competent on trails. Ty Davis and Andy Jefferson purchased the first ones we saw and had a blast riding them in the high desert. Our 2008 test bike was fun, but riddled with reliability issues. Aprilia kept on working on the project, and in 2010, Josh Choppins finished 12th overall in the MXGP World Championship on the 450 MXV twin. We tested one of those as well, but had a very difficult time getting to the finish line, even in a local MX. Aprilia abandoned the project a few years later, but proved the concept of a twin-cylinder motocross bike was workable. 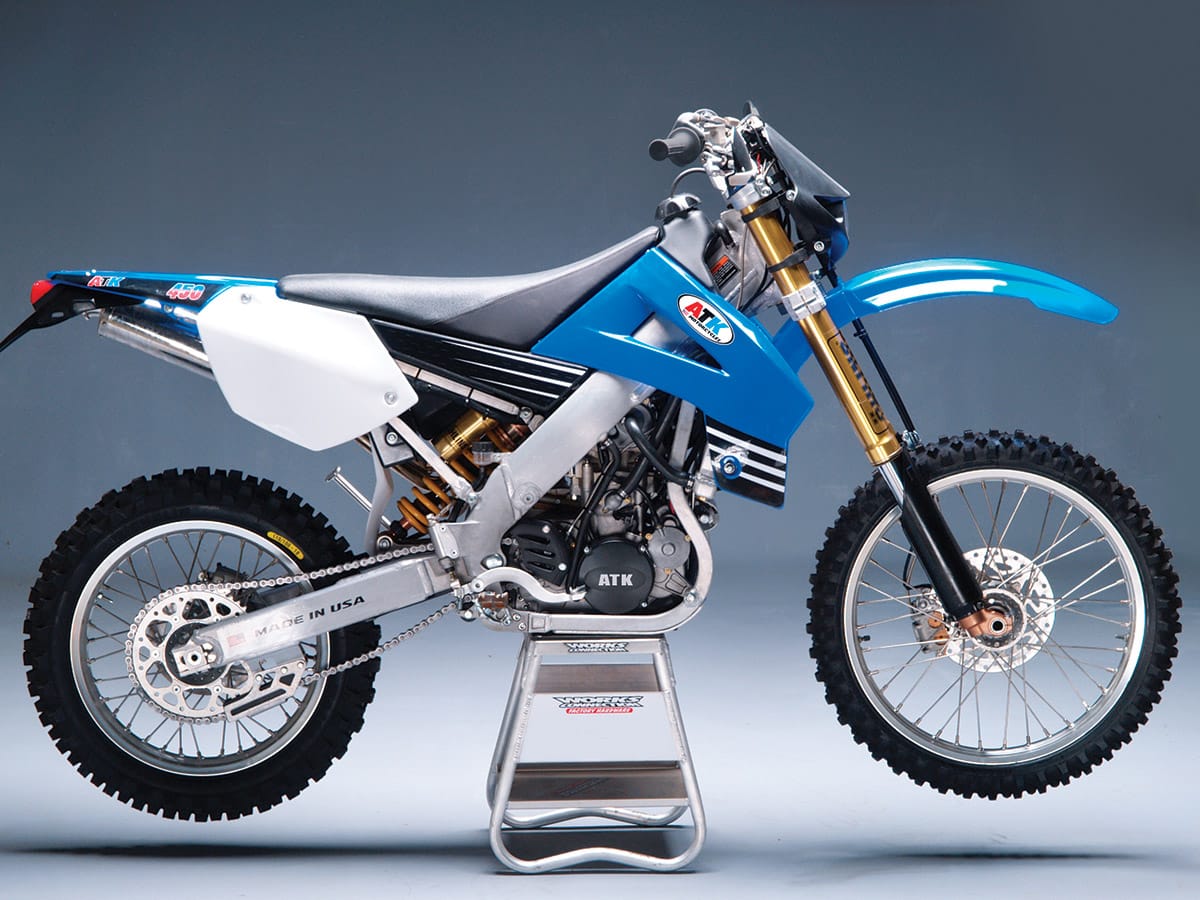 The story of Cannondale’s foray into motocross has been told many times, but chapter two of that saga is just as interesting. ATK was a company founded by Austrian inventor Horst Leitner in Southern California, but Horst sold it to a business man named Ken Wilkes in the early 2000s. Ken, in turn, sold ATK to Utah based Frank White, who still owns the company to this day. Under Frank, the company sold ATK motorcycles with Rotax motors until the Rotax supply dried up. Then he stepped in and tried to pick up where Cannondale left off. He acquired all the Cannondale inventory and by 2006, he had solved most of the reliability issues with the defective pistons and porous engine cases. He sold a number of Cannondale motorcycles and ATVs under the ATK name. To this day, if you need Cannondale parts, Frank has them. 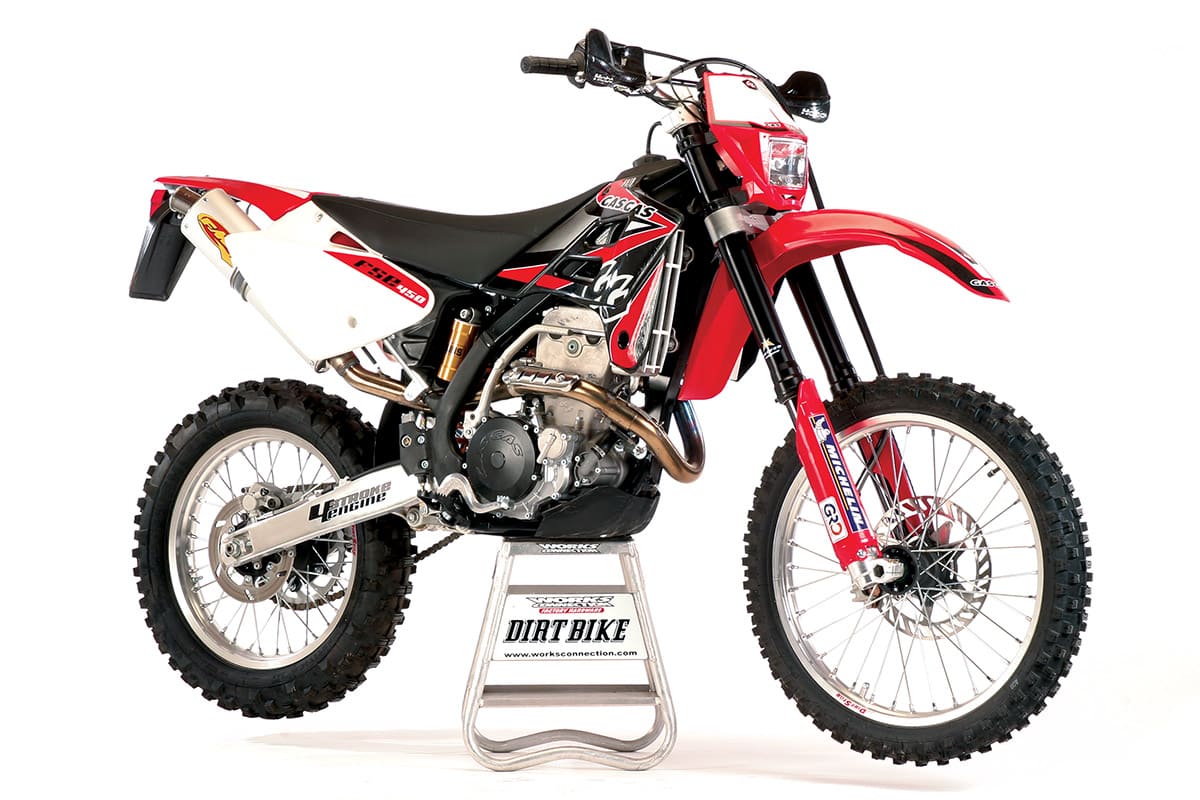 GasGas was famous for its trials bikes long before it started making off-road two-strokes. There was also a brief period when GasGas made four-stroke off-road bikes. In 2005, we tested the GasGas FSE450. It had fuel-injection, electric start, and an Ohlins shock. In some ways, it was the most advanced four-stroke in production at the time. Unfortunately it was freakishly tall and a little heavy. It was still a promising bike, though, but GasGas discontinued it after a few years.

MADE FOR TV AFRICA TWIN 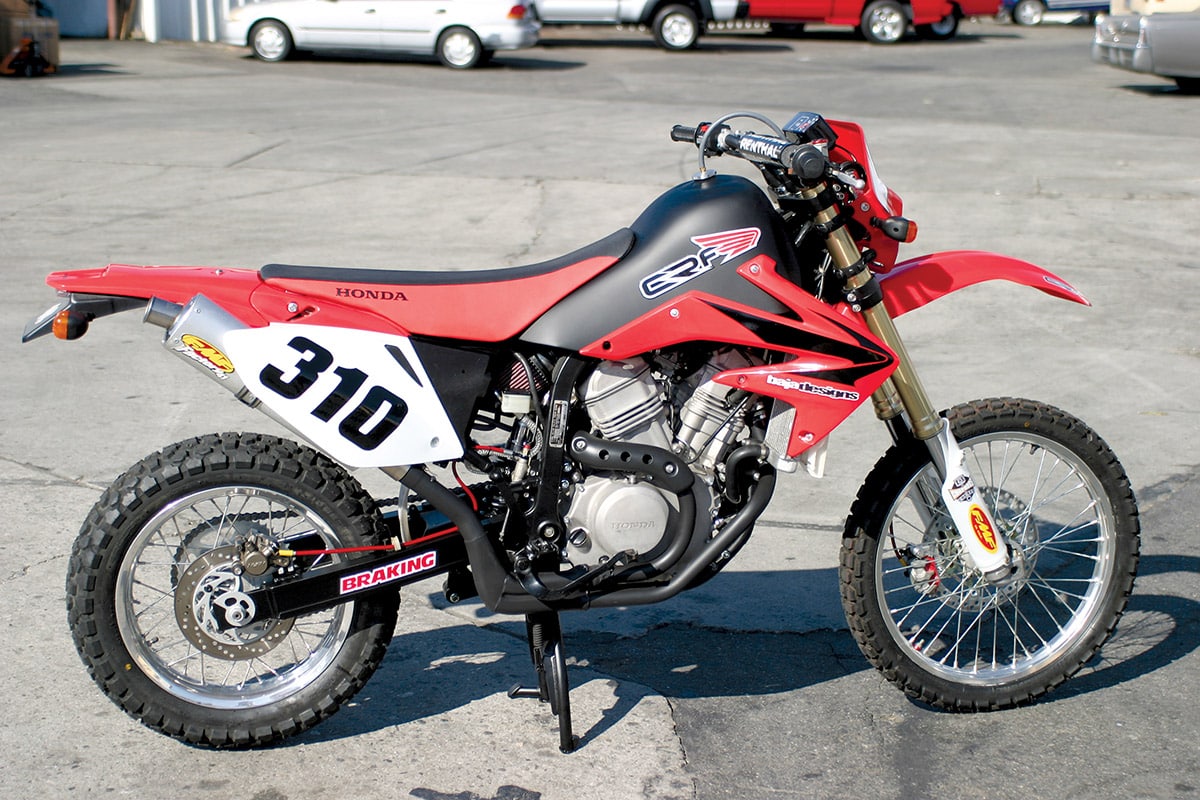 This was a project bike with a weird back-story. It started off as a 1995 Honda Africa Twin. Back then, Honda only sold that model in Europe, not the U.S. In the January, 2006 issue we told the story of how this project came to be, although we never really understood. There was a British TV show called “All the Gear, No Idea.” It was sort of like “Pimp My Ride” for blokes. Los Angeles backed custom bike builder Choprods built the twin-cylinder street bike into a true off-road bike. And it wasn’t half bad.

Through the years we have run photos of lots of weird hill climbers. Here are some of the weirdest, including a couple with  snowmobile motors and another with a Ducati motor. I don’t have much to offer, but the thought of the Ducati project is a little hard to bear. 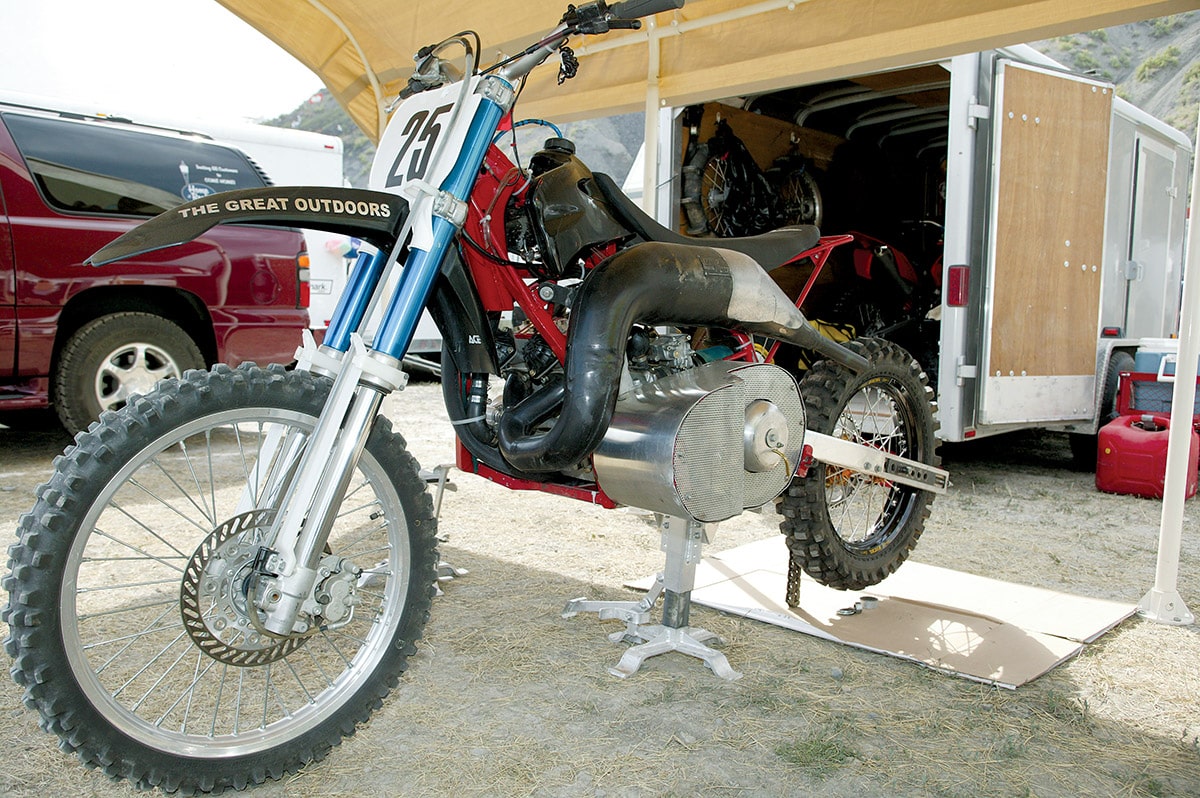 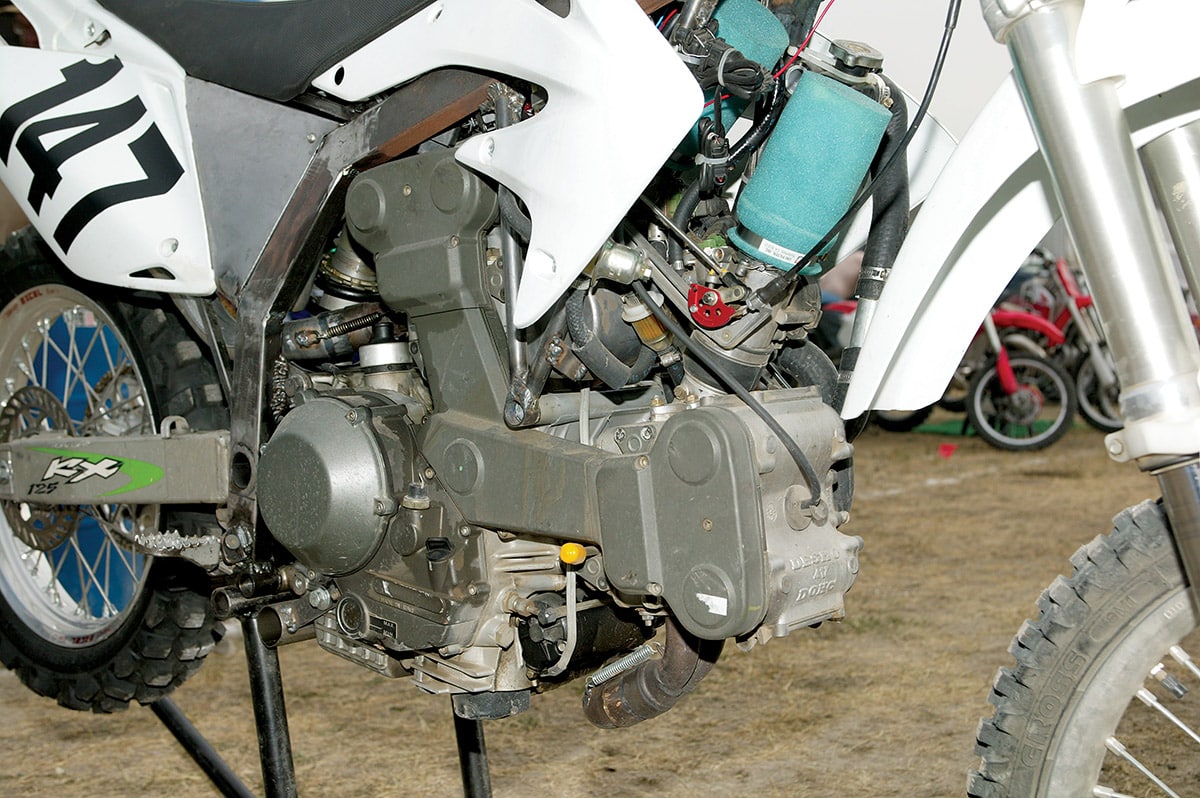 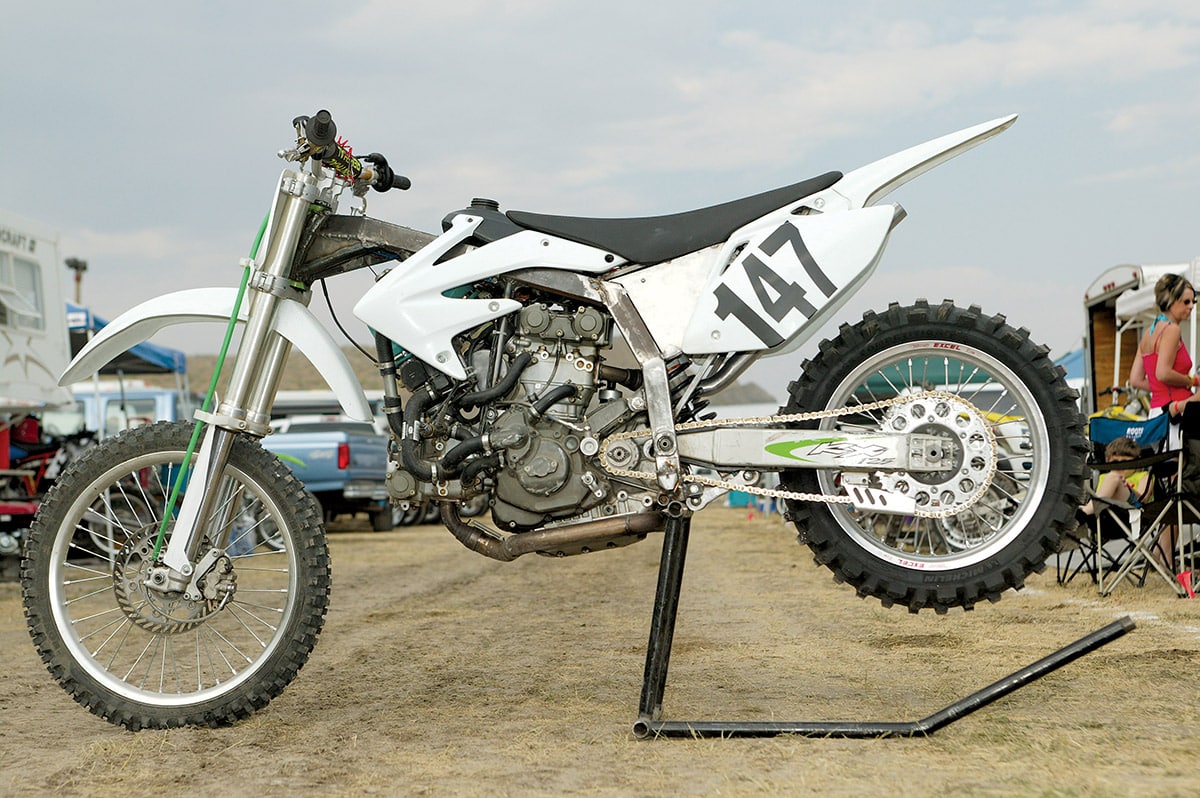