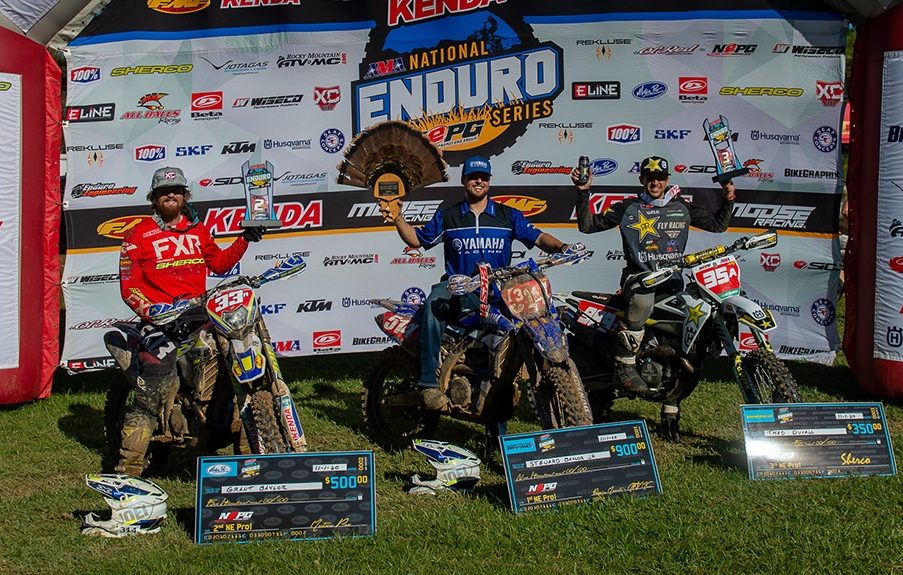 Steward Baylor dominated this weekend’s Gobbler Getter National Enduro in Stanton, Alabama, winning five of the six tests and taking the overall win by just over a minute, however it was too little, too late in his quest for a fifth National Enduro Championship as his brother, Grant Baylor, all but wrapped up the 2020 Kenda AMA National Enduro title with a runner-up finish with just one race remaining on the schedule.

Grant is typically a slow starter, but a second in the opening test was a good sign and the FactoryONE Sherco rider backed it up with two seconds, a third and a fourth in the remaining tests.“It was a good day here in Alabama,” said Grant. “I started out a little off the pace, but I stayed consistent and then won test three and that was good enough. Steward was just killing it all day. He usually does well here so I was expecting it. It was an awesome day for me and the championship points. I’m happy to gain more points here and have a comfortable points gap going into the last round. Theoretically all I got to do is kind of ride around the last round and bring it home.”

FMF/KTM’s Ben Kelley switched to a 350 XC-F for the Alabama round in hopes of shaking things up a bit, but a couple of mistakes kept him off the podium.