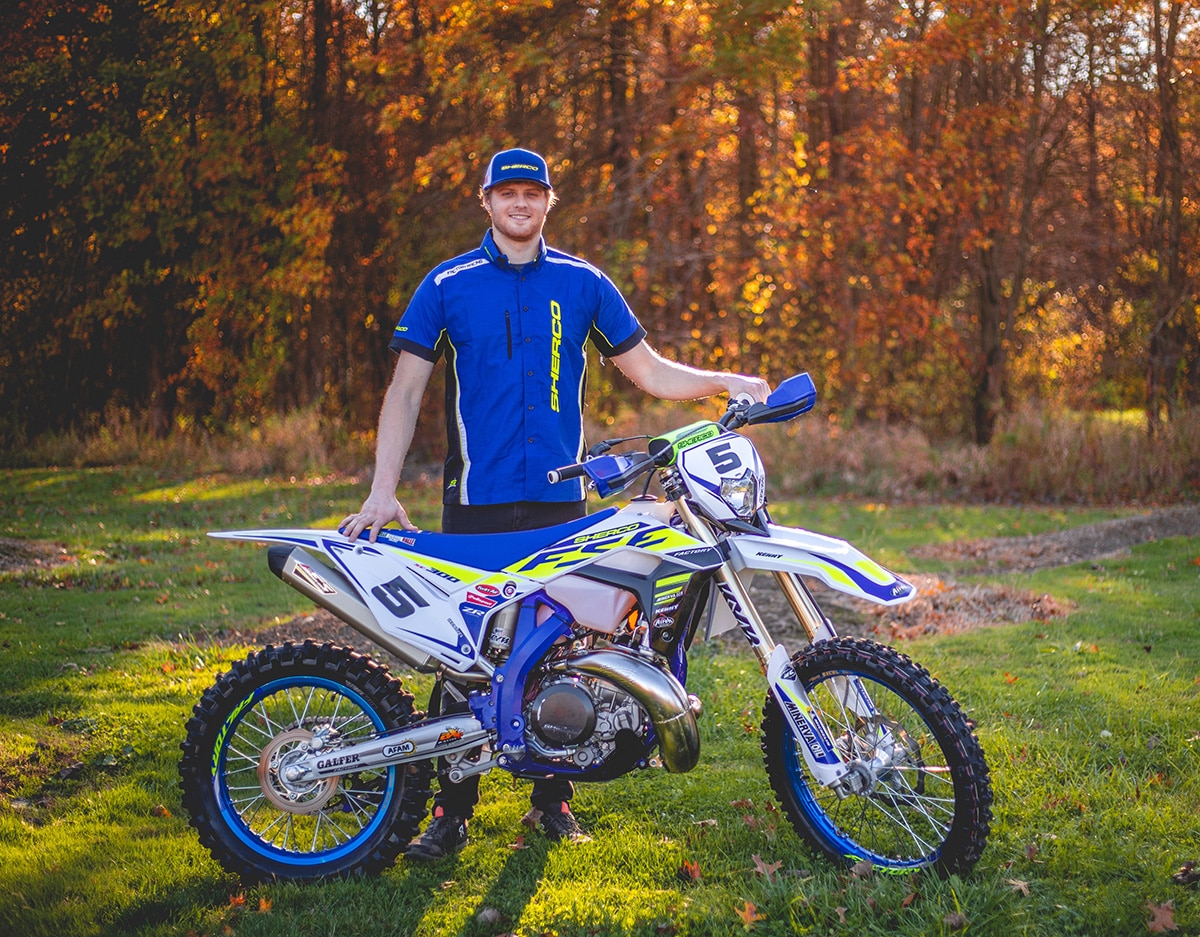 FactoryONE Sherco welcomes Quinn Wentzel to the FactoryONE Sherco Enduro Team. He will be joining the team immediately and will be finishing the 2019 season onboard a 2020 Sherco SE 300 Factory. Quinn will be defending his title at the formerly named Grimpossible Hard Enduro (Newly named Quinnpossible) on November 24th and then turning his focus to the Red Bull OverRide Hard Enduro in early December in Decatur, TX.

Quinn: ” I am beyond excited to have the opportunity to be a part of the FactoryONE Sherco USA Offroad team. I started my Trials career back in 2010 with Team Sherco RYP (Ryan Young Products) and have had amazing support from them throughout my career, so I am stoked to reunite with them in Enduro. The SE 300 Factory is an awesome machine and I can’t wait to see what I can do on it. I want to thank the guys at Sherco USA for giving me this opportunity and look forward to what the season has in store.”

Quinn, a past professional trials rider winning the high school class and expert class championships during his trials career. He started riding Extreme Enduro in 2012 as a natural progression from Trials to Enduro.  Quinn has always been versatile, starting out with motocross as a child, riding the GNCC series from ages 12-14 and then getting into trials and extreme racing.  He is a winner and or podium finisher of several extreme enduro races including Battle of the Goats, RevLimiter, Groundhog Extreme, Bad Medicine and Grimpossible. He has been a consistent top ten finisher at King of the Motos, Tennessee Knockout, Tough Like RORR among others. 2019 saw him traveling to XL Lagares in Portugal and Erzberg Rodeo in Austria. He finished the year as the runner up in the AMA American Hard Enduro series.

Team Owner Ron Sallman says, “I am so excited to be rejoining forces with Quinn after his trials career with us. He has won championships in trials and excels at hard enduro. He was the AMA hard enduro runner up last year and has won events such as Battle of the Goats and is a consistent top 10 rider at prestigious event such as the Tennessee Knockout. Quinn’s riding style is perfectly suited for his Sherco 300 and I am looking forward to seeing him compete for podiums. ”

Quinn’s priority will be the AMA Hard Enduro series and other hard enduros, but you may see him lined up at a few EnduroCross races as well. He plans to cross train on a Sherco 300 trials bike to hone in his hard enduro skills.