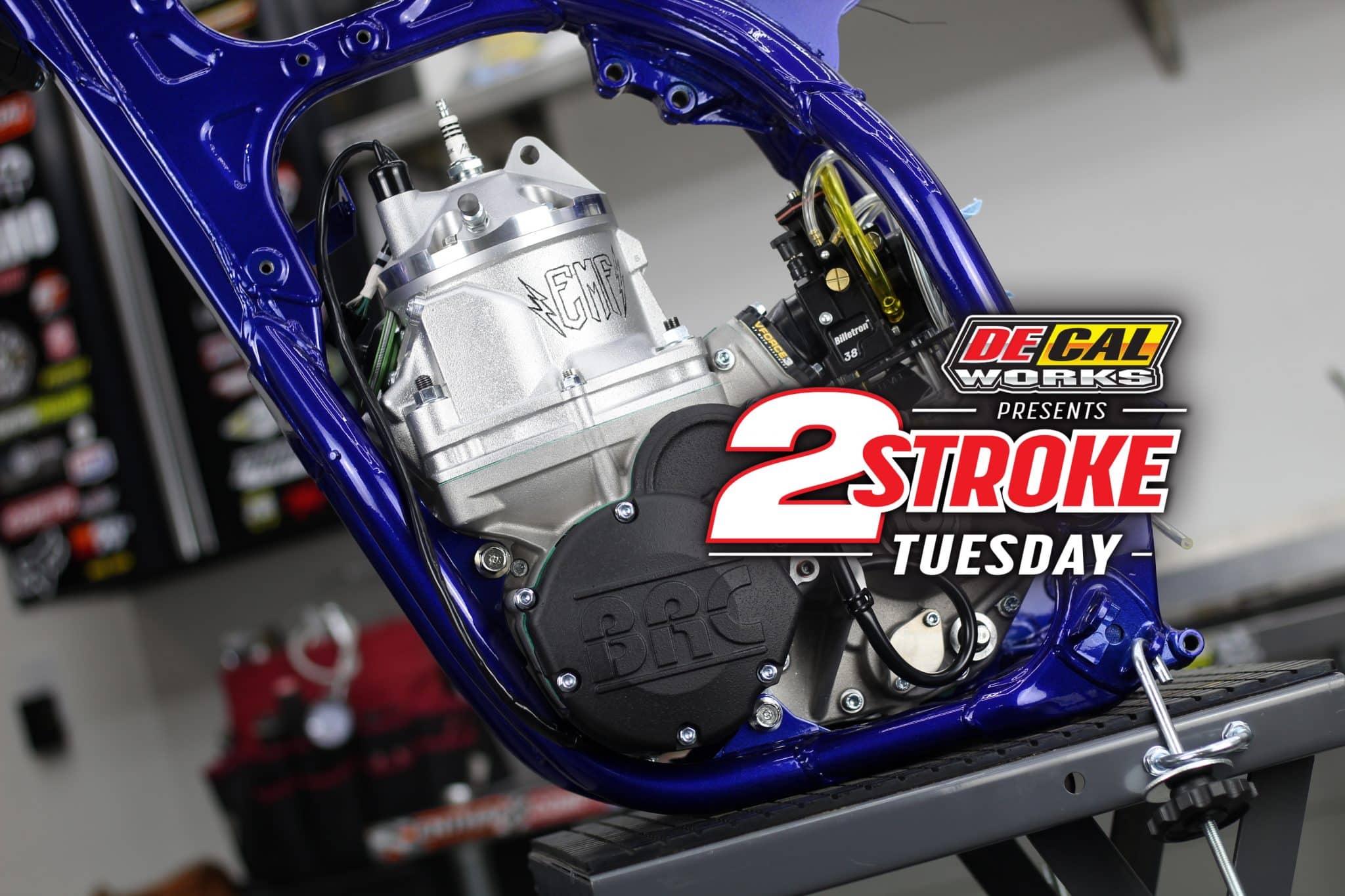 Share FacebookTwitterGoogle+ReddItWhatsAppPinterestEmail
Welcome back to another Dirt Bike Magazine 2-Stroke Tuesday feature! Today we’re highlighting mXrevival’s Yamaha YZ500 build and giveaway known as the “ANIHLATR” (aka Annihilator). Charles at mXrevival’s will walk us through the build in his own words. The ANIHLATR is a one-off, full-custom, frame-up YZ500 two stroke build that you can win. No expense has been spared & no stone was left unturned. Enter to win ANIHLATR via www.mXrevival.com 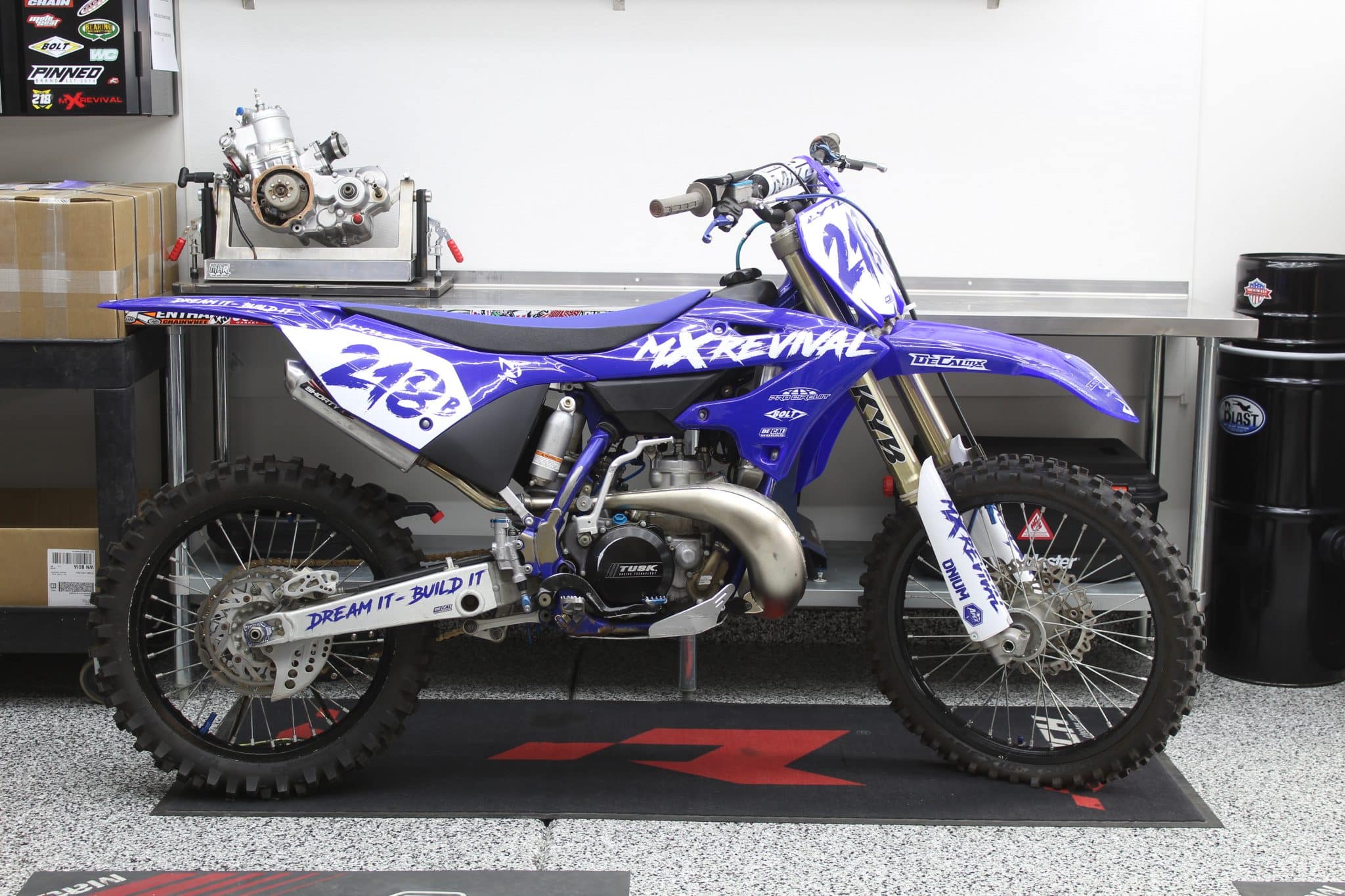 Humble Beginnings: We started off our massive mXrevival YZ500 Build & Giveaway with a super roached 2003 YZ250. Don’t let the “good looks” fool you. The 2023 YZ body conversion we pioneered is about the only good thing this bike has going for it!
This old heap came into the shop with spray painted rims, miss-matched footpegs, fork caps that were opened with channel locks by a previous owner, smoked linkage bearings, and even had a cracked carburetor slide! Ouch! 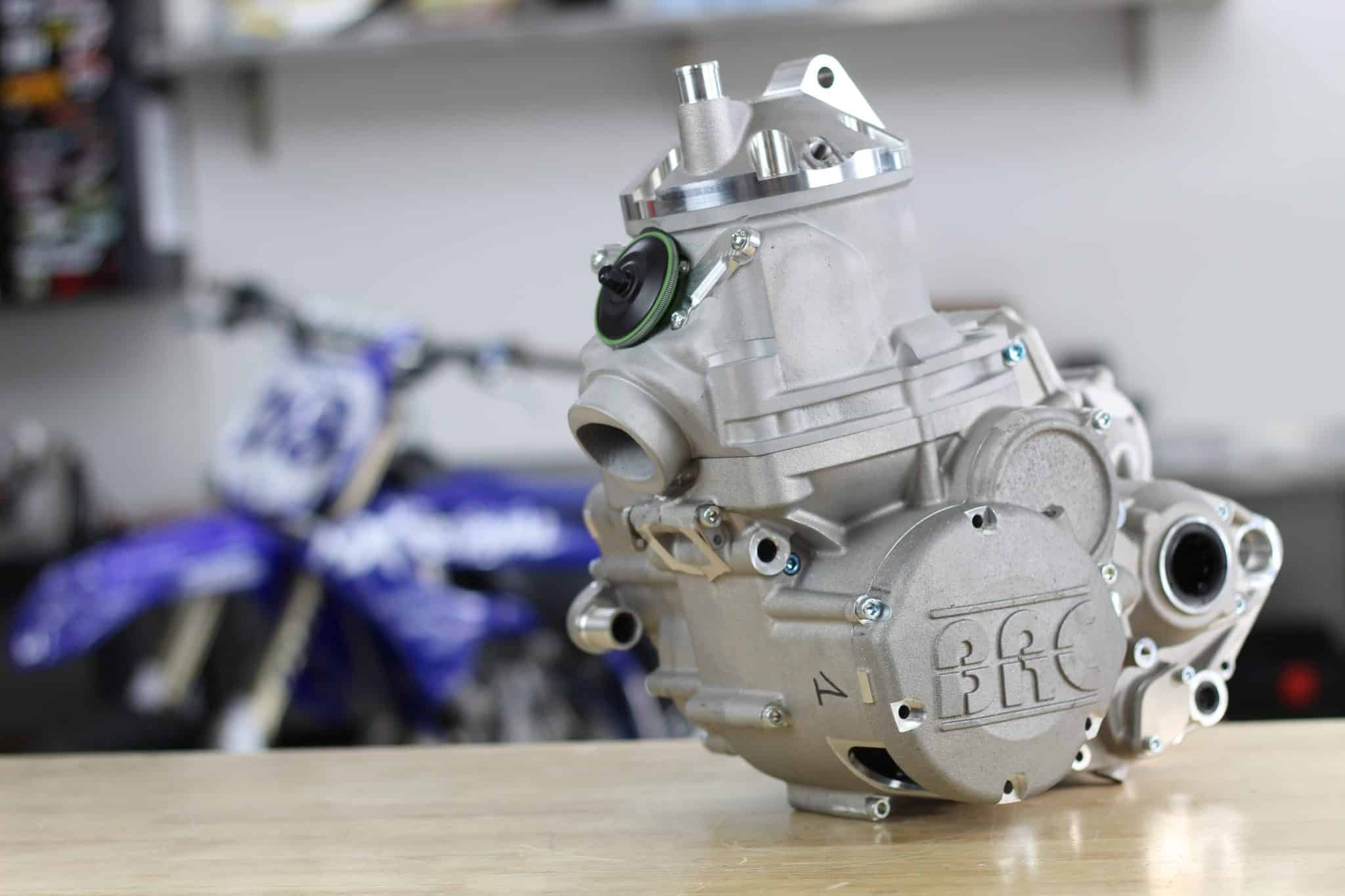 Enter the BRC Racing Big Bore Engine: BRC Racing of Canada entrusted mXrevial with one of only 10 prototype YZM500 engines on the planet in order to bring this steel framed juggernaut back to life. BRC Racing are the creators of drop-in, counter balanced, big bore two stroke engines for KTM’s & Yamahas. Now, we know what you’re thinking… and yes you can pre-order your turn key YZM500 kit NOW.
Each BRC Racing YZM500 kit is complete with nearly everything you need to convert your 1999-2023 YZ250 into an explosive YZM500. Simply install your old YZ’s transmission, kick starter shaft, and a few other OEM bits from your donor engine, and you’ll be destroying dirt in short order with double the CC’s. The YZM500 kit even comes with a pipe and silencer! 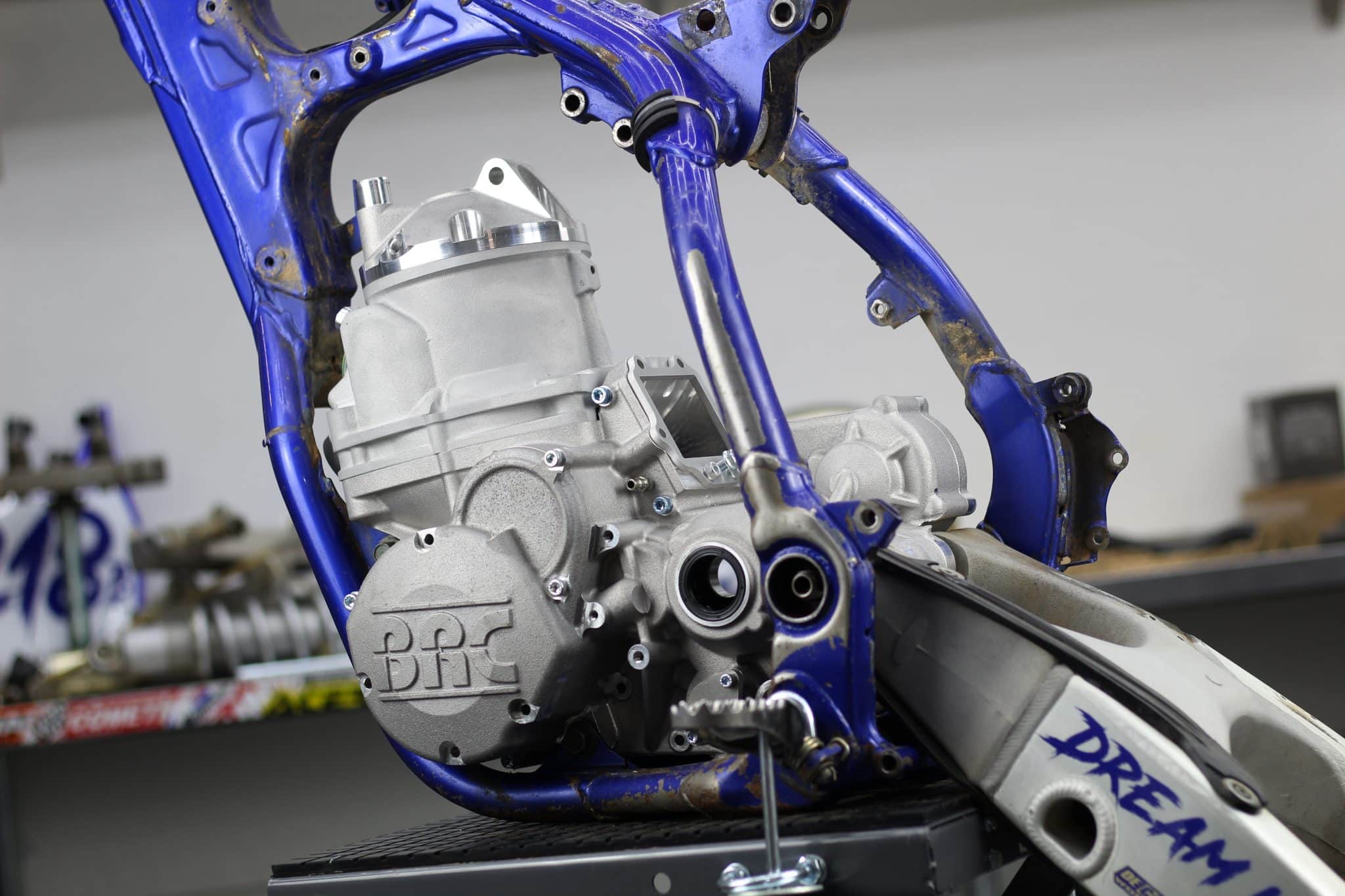 As you can see by the YZM500 test-fit, mXrevival opted to use a trusty old steel framed YZ for the ultimate “flex & feel”. 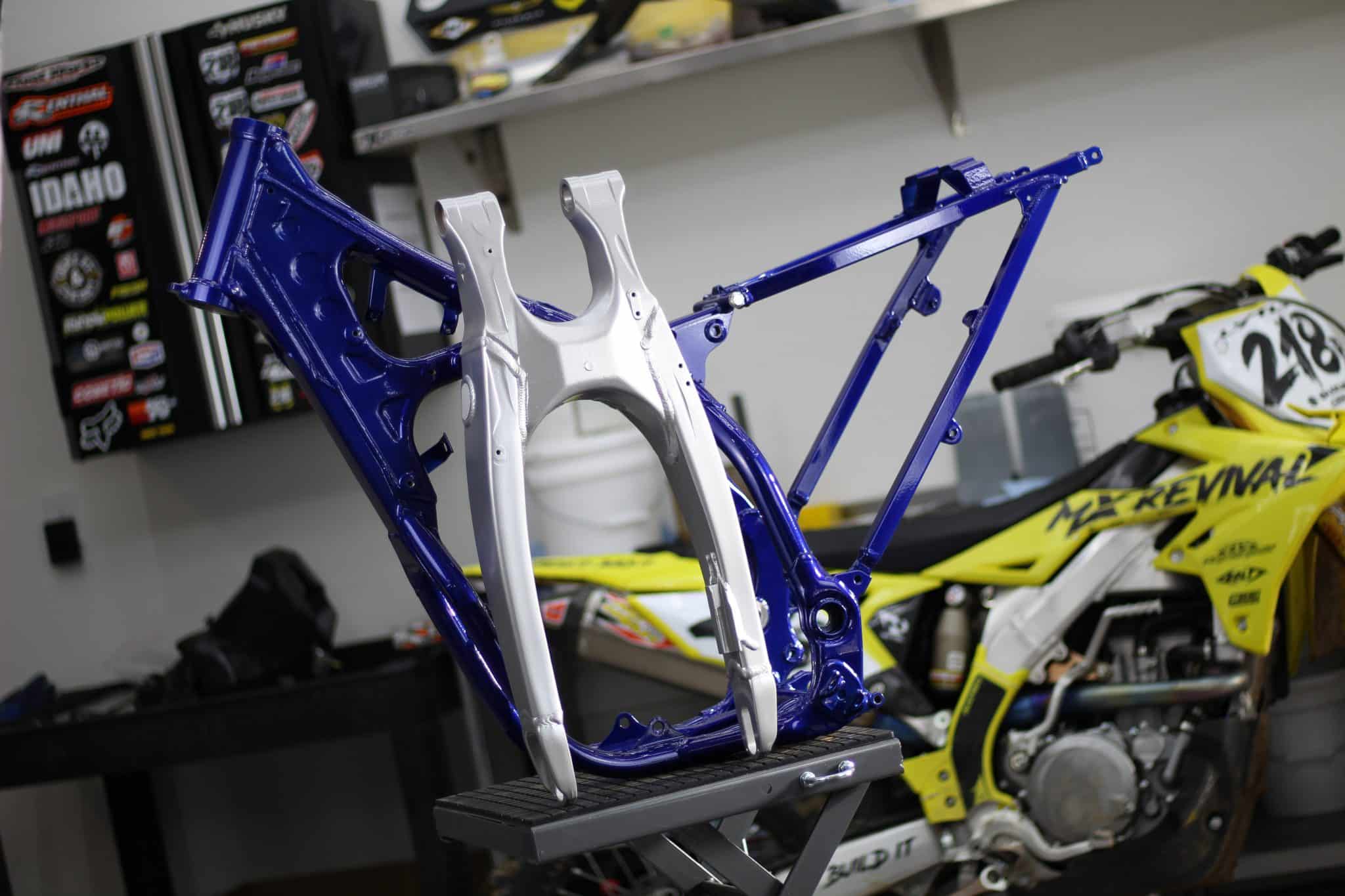 Bringing parts back from the dead: Fast Blast & Coat of Boise, ID brought our main frames back to life with a gorgeous two-stage powdercoat called “Illusion Royal”. The swingarm was also refinished with a coating called “BMW Silver”. The color combo from Fast Blast is spot on for the OEM Yamaha look we’re going for with this build. 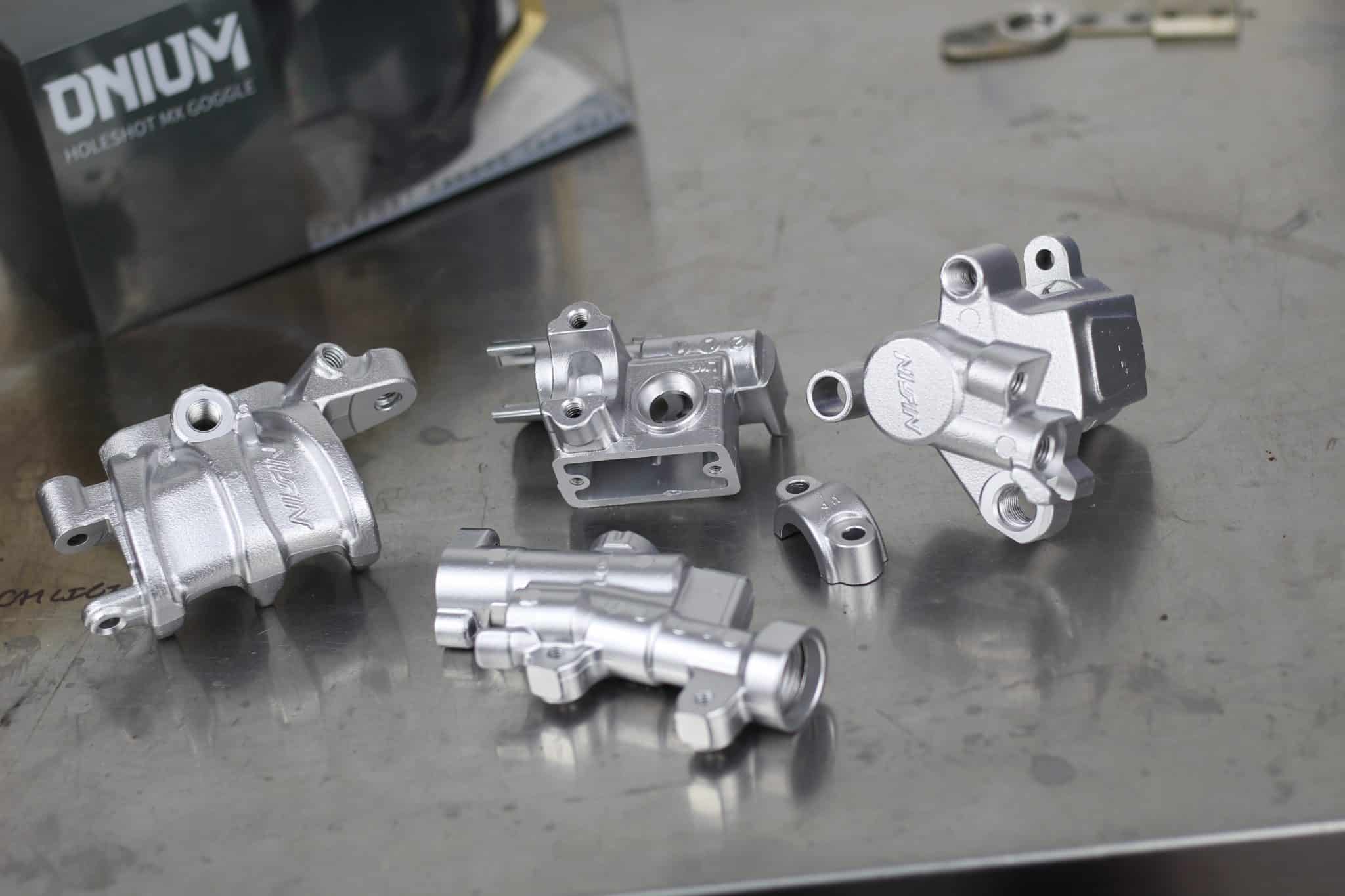 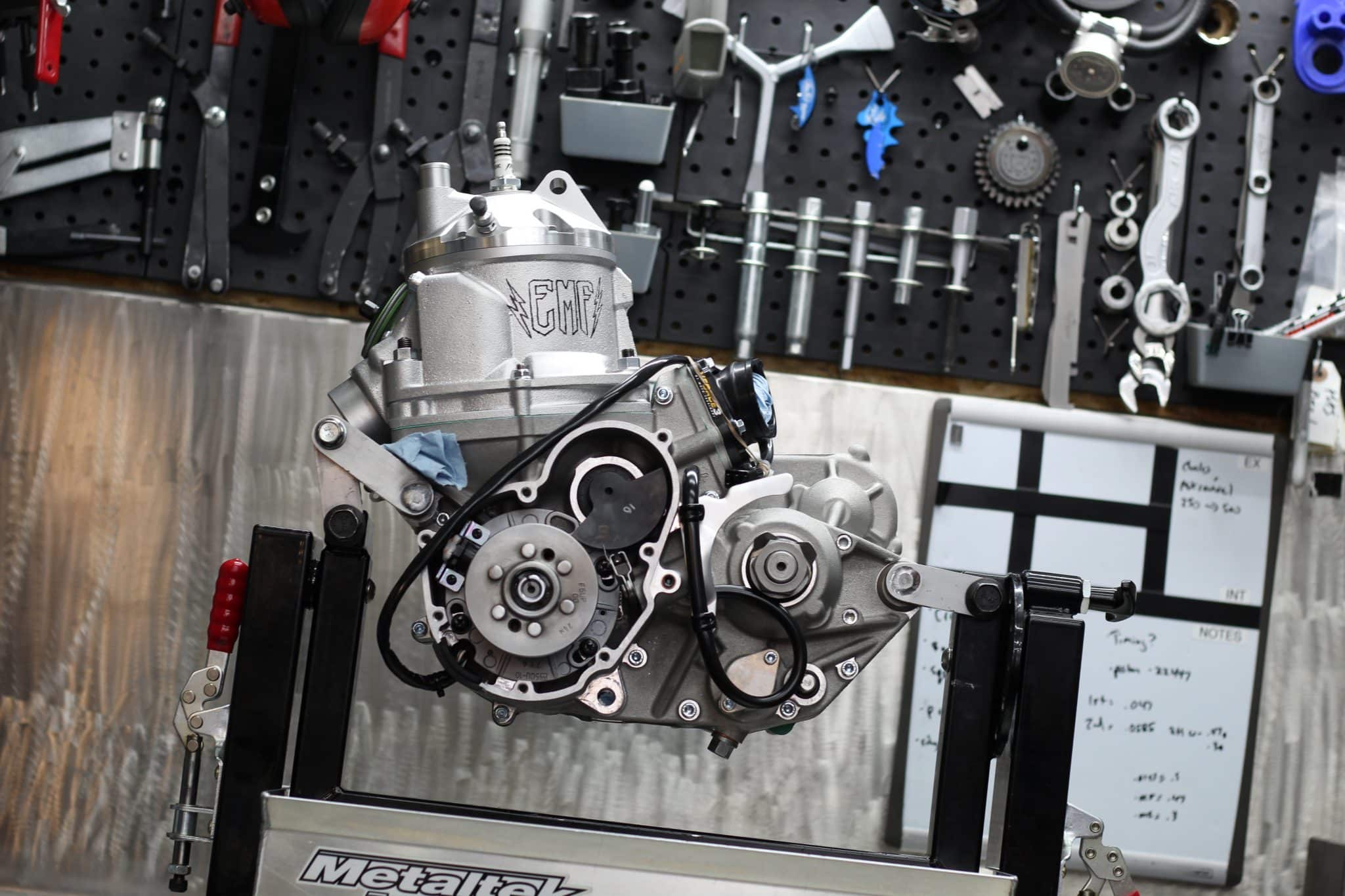 Bringing the Monster to Life: Engine assembly was handled by none other than Tony Jeske, owner of Elite Moto Factory in Boise, ID. Working with Tony is like watching Michaelangelo paint the Sistine Chapel. Everything from bearing depth, to fresh transmission circlips & lubricated engine fastener threads receive the utmost care during assembly. Tony installed a brand new crank, piston, & complete OEM transmission down to the clutch basket. This bike is fresh, and this guy sure can can build! 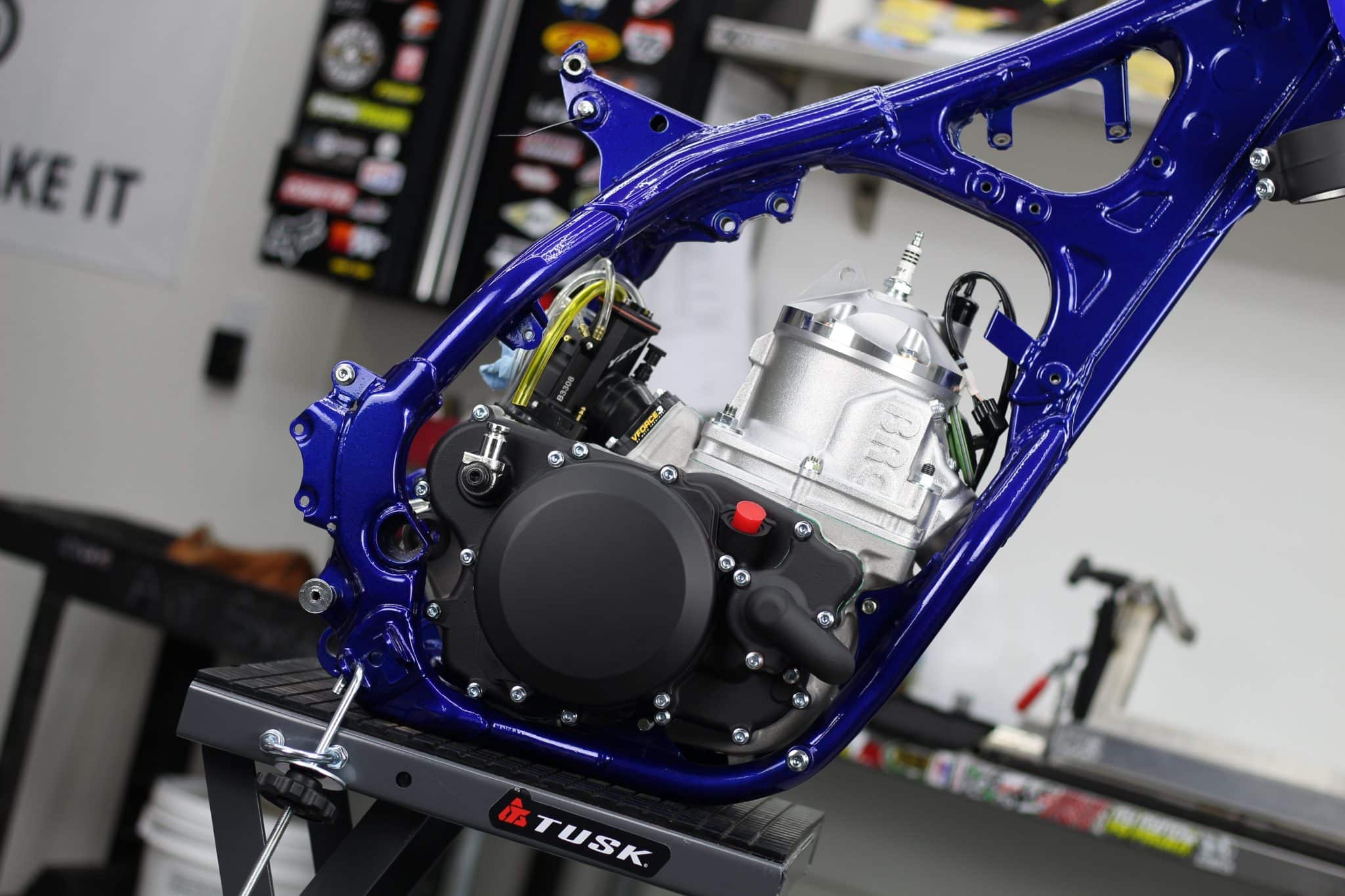 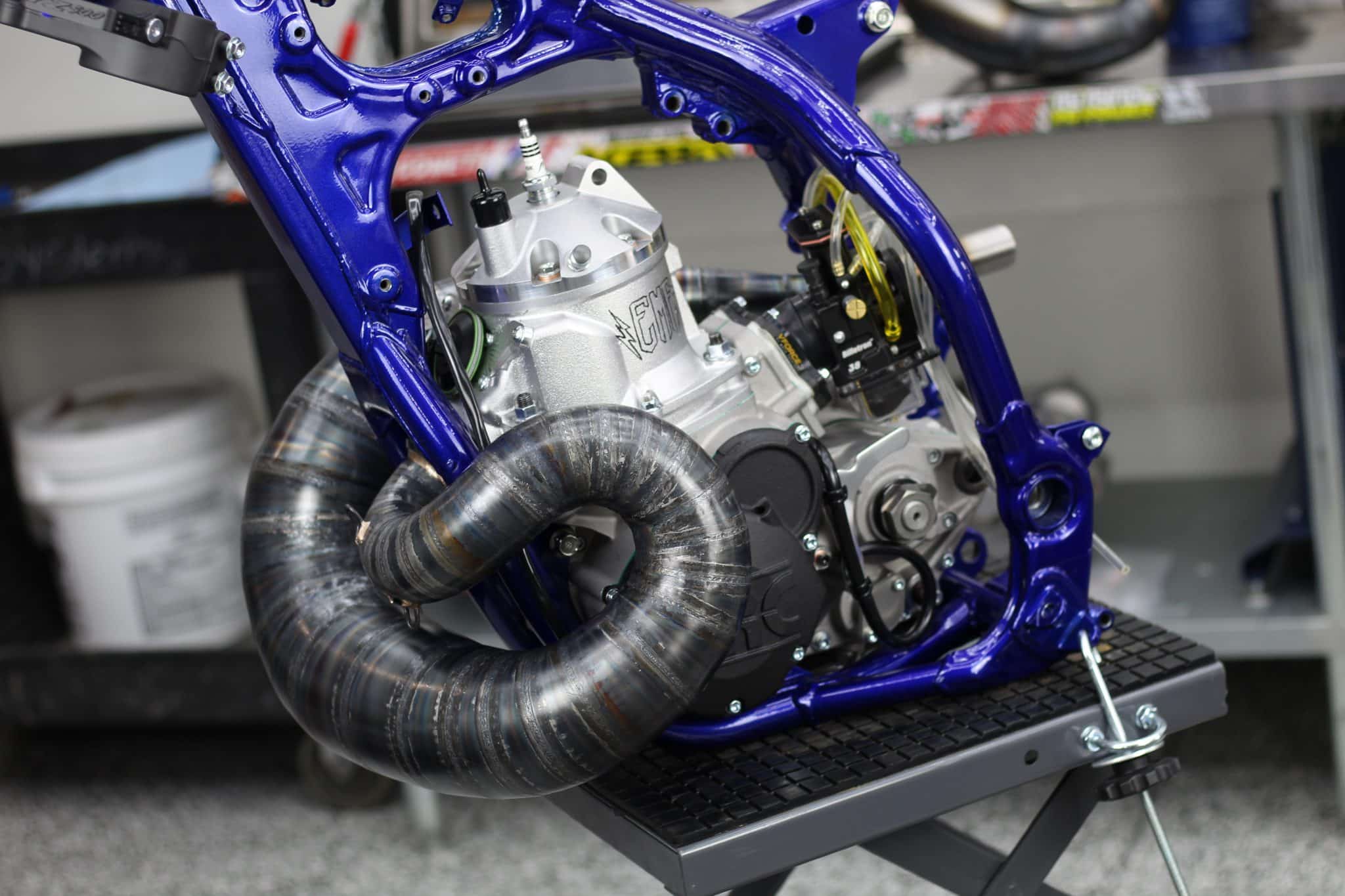 Major Horsepower: No mXrevival bike build is complete without a HYGGE performance cone pipe! And this build was no different. HYGGE already has handmade aftermarket cone pipes in the works for the mighty BRC Racing YZM500. This is easily the gnarliest chamber we’ve ever laid eyes on… and it bumps the YZM500 up to a whopping (and reliable) 70 horsepower. Read that again!
Coming soon we’ll have our coated suspension back from Ride JBI (full SSS swap, front and rear), trick DeCal Works graphics, an all new prototype 39mm carburetor from Lectron Fuel Systems, carbon fiber bits from SMX Technologies, brand new controls from Phoenix Handlebars & so, so much more.
Enter to win ANIHLATR via www.mXrevival.com and be sure follow the build as it happens on mXrevival’s YouTube & Instagram
Stay tuned for more YZ500 details from Dirt Bike Magazine & a full ride test as this build gets closer to the finish line.
-Charles // mXrevival
BRC YZ500TWO STROKE TUESDAY
Share FacebookTwitterGoogle+ReddItWhatsAppPinterestEmail