After a testing incident, Marvin Musquin has returned to France for knee surgery and will miss the entire 2020 Supercross season. In a KTM press release, Musquin reveals it was simply a hard landing on KTM’s Corona test track that caused the damage. The press release follows:

The Red Bull KTM Factory Racing Team regretfully announces that Marvin Musquin has sustained a leg injury that required surgery and he will miss the entire 2020 AMA Supercross Championship.

Musquin injured his knee when he cased a jump at KTM’s test track facility in Corona, California while preparing for the upcoming Supercross season. He returned to France this week and successfully underwent surgery to repair his left knee and will now concentrate on intense therapy to properly heal over the next few months. 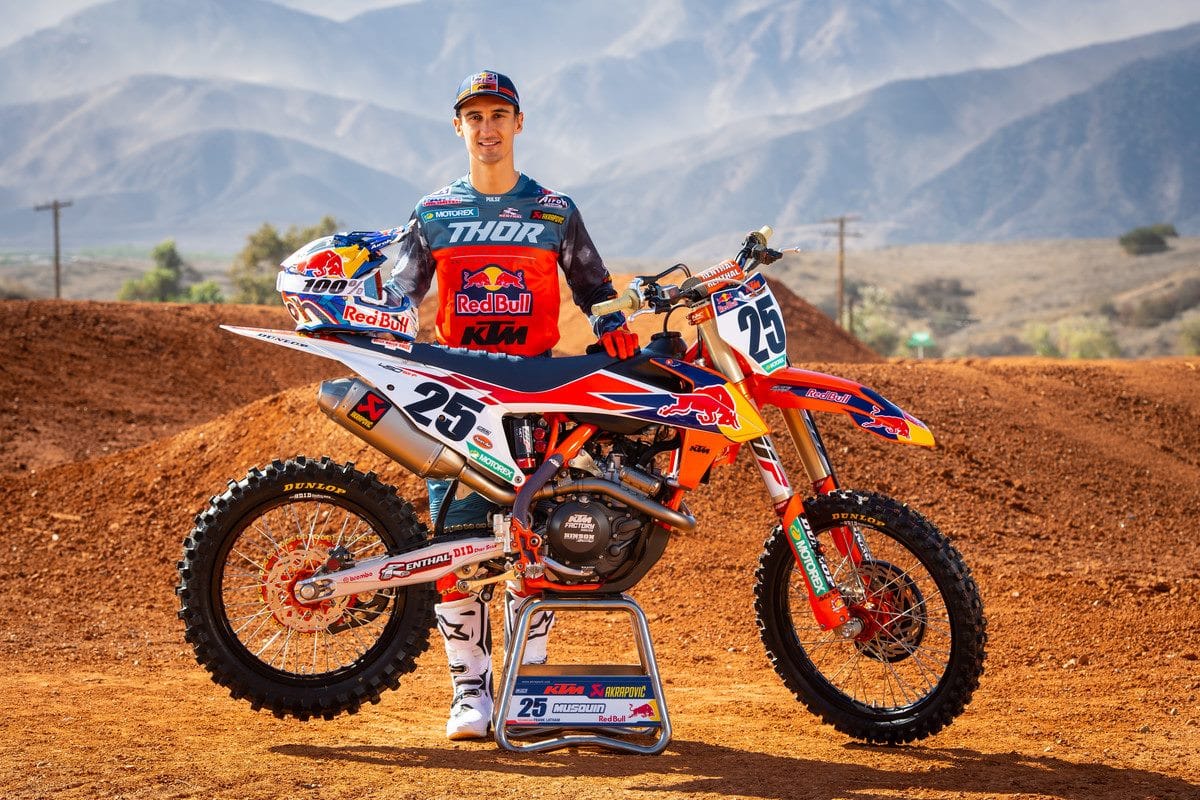 Musquin: “It’s tough to share this disappointing news. I was really happy to be back on the bike riding after being injured at the end of the Motocross season and starting to train for Supercross. Unfortunately, I had an incident at the KTM test track and ultimately over-jumped a jump that had a very big impact on my legs when I landed, injuring my left knee. I had it evaluated by several doctors and it was determined that my knee required surgery. It’s devastating news to me as I was really looking forward to racing Supercross, but I will take the time needed to recover properly with my main focus being to return when I am strong enough to win races.”

Red Bull KTM Team Manager, Ian Harrison: “We want Marvin to take the time he needs to fully recover. He is a big part of our program and we have a good working relationship so we understand how disappointing this is for him and the whole team. We are here to support him and look forward to him making a return to racing when he is 100% ready.”