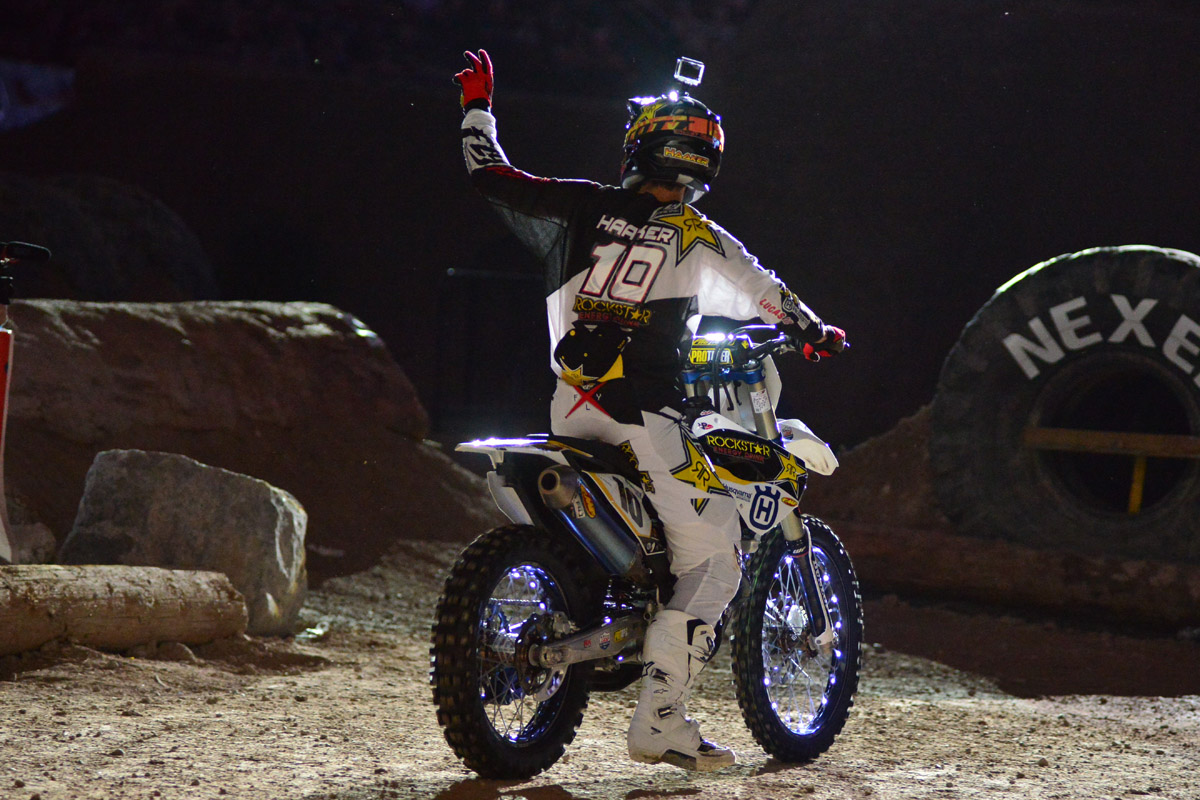 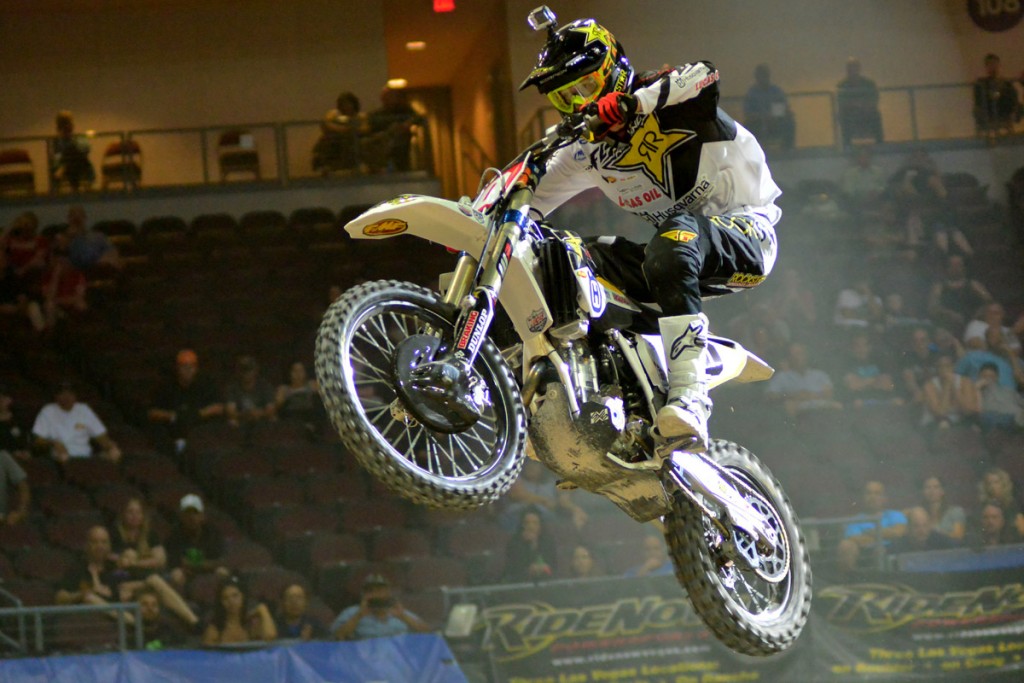 Round three of the 2015 EnduroCross season started with two riders sharing the coveted red number plate, denoting the series point leader. The night ended with a clear leader, although the season is up for grabs. Colton Haaker won in Las Vegas after an all-night battle with Cody Webb. Those two riders have established themselves as the best riders of the series so far. With Taddy Blazusiak’s departure from American competition, and Taylor Robert’s wrist injury, the next rider could be almost anyone. In this case, it was Geoff Aaron who ended up third to the delight of the crowd. Geoff is one of the elder statesman of the series, and has helped train both Haaker and Webb–with obvious success. Here are some of the night’s highlights.

BLAST FROM THE PAST: 1973 ELSINORE TEST