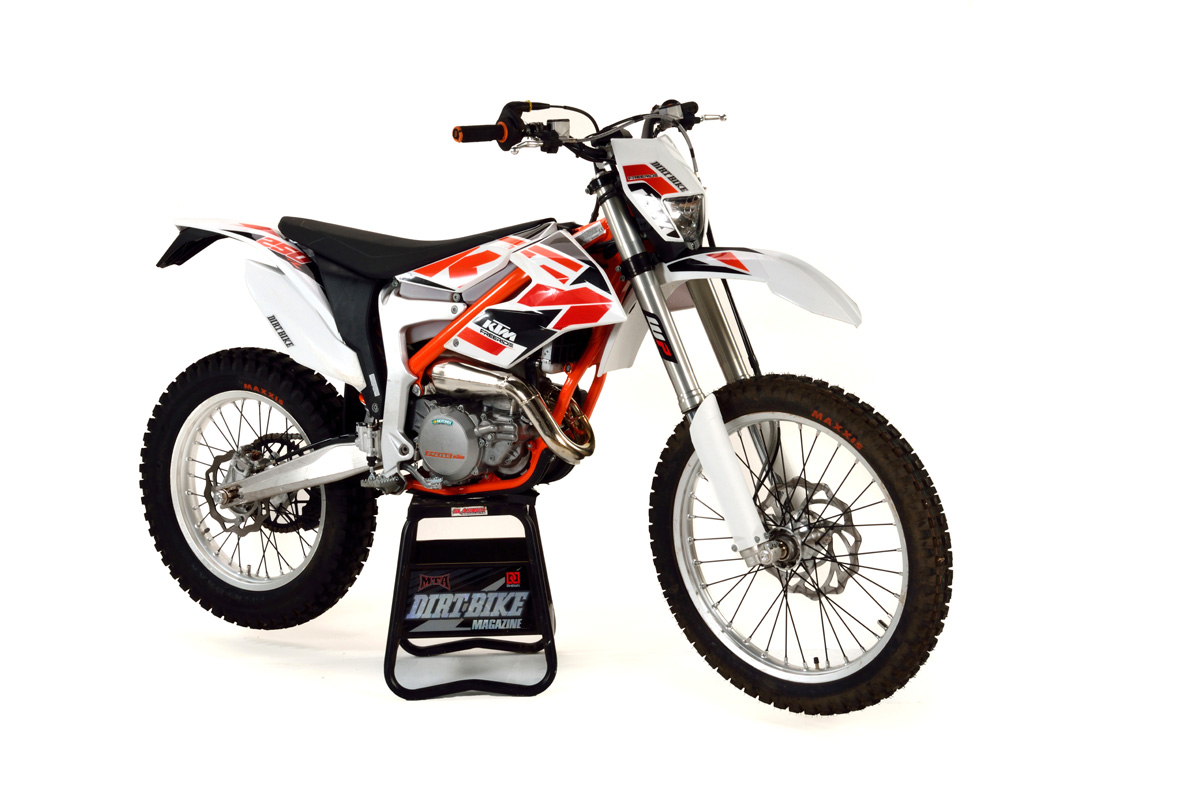 KTM released its new Freeride 250R to the U.S. Market this week and it will be showing up in dealers within the next month. There’s been a fog of confusion about this particular motorcycle because there have been several bikes with the same name sold in Europe. Here are the fast facts:

The Freeride is not an electric motorcycle. It’s a 250cc two-stroke. There are electric versions sold in Europe (three different models, to be specific), but those aren’t ready for the U.S. yet.

The Freeride is not street-legal. It can’t be, at least not in this country, because it’s a two-stroke. There is a four-stroke version with a 350cc motor, but, again, not here. 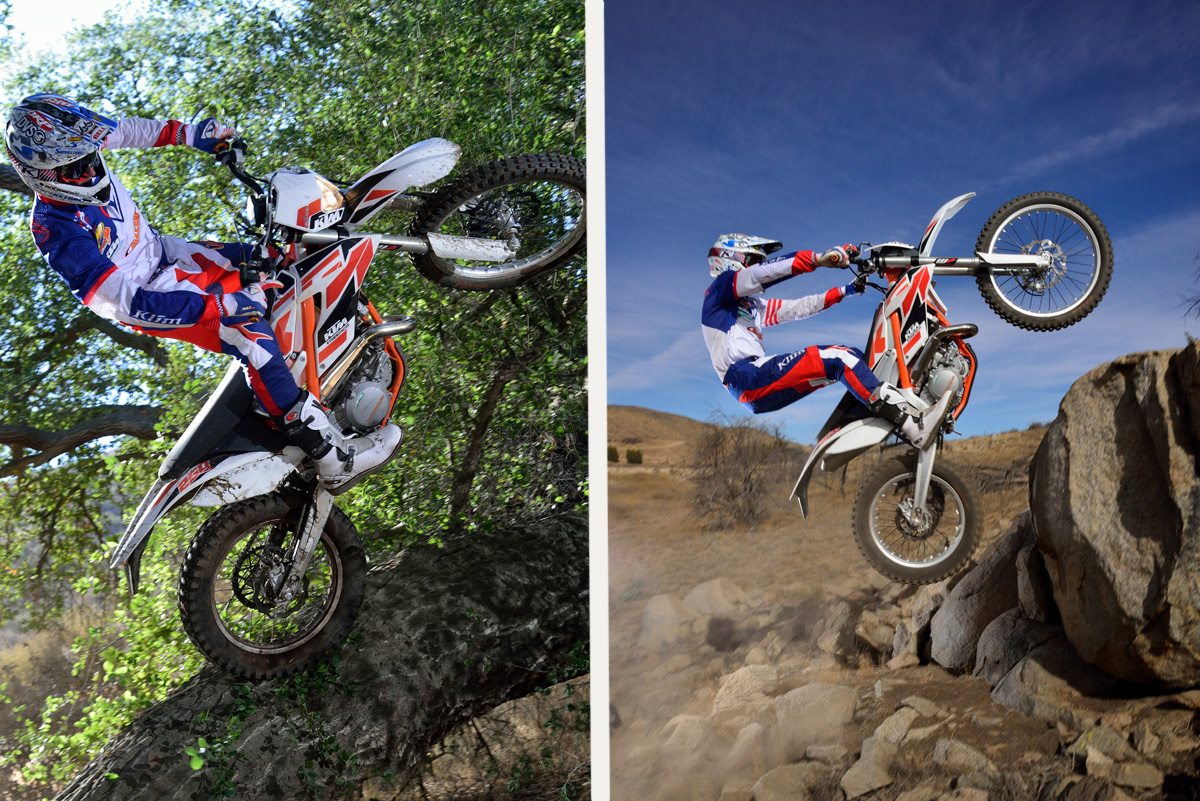 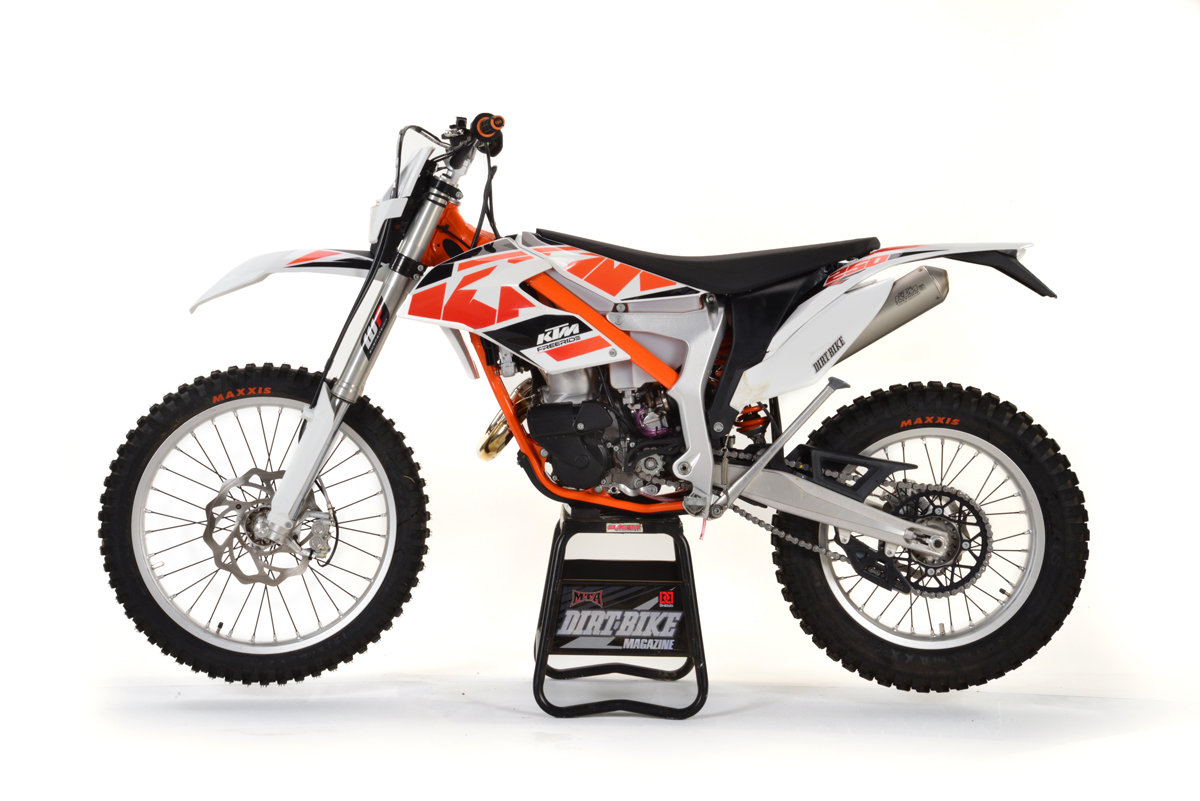 So what is the Freeride? Good question. Consider it a new category of motorcycle—at least we’ll pretend it’s new because the current generation of riders is probably too young to remember bikes like the Bultaco Alpina of the ‘70s or the Honda Reflex of the ‘80s. It’s a trail bike built out of a trials bike. We’ve already established that the trials bike market is very small in America, so KTM is trying to make the concept more palatable to the masses by giving it a seat and a 1.9-gallon fuel tank. KTM actually started with a clean sheet of paper for this bike, because the company doesn’t have a trials bike to start with. The motor is loosely based on that of the 250XC-W, and we do mean loosely. It has no powervalve and no kickstarter, the carb is only 28mm and the exhaust pipe has dimensions that would be more at home on a four-stroke. KTM cut more than four pounds of weight out of the motor and the entire motorcycle weighs only 204 pounds without fuel on the breathtakingly accurate Dirt Bike scale. 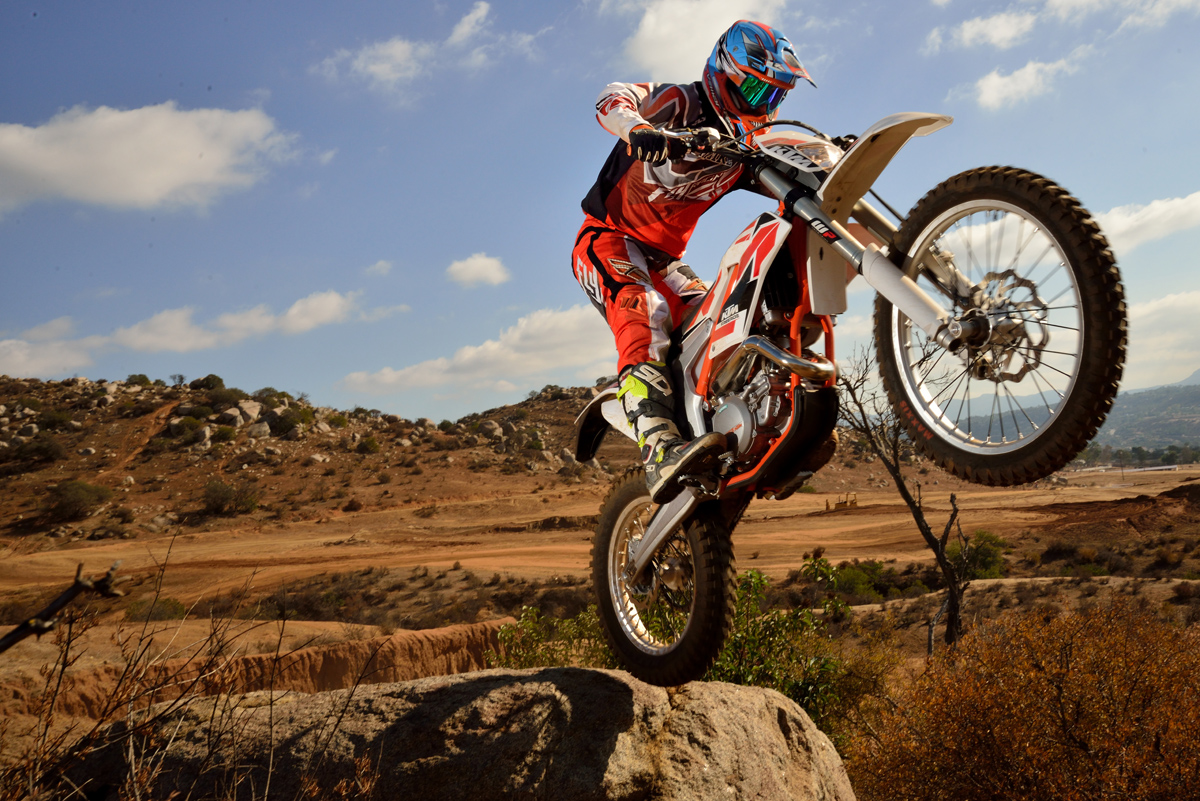 The bike has a number of very cool design elements. The seat and bodywork lift up like the hood of a car to revel the gas cap and a very interesting airbox. The element sits in a cartridge that pulls out by hand. You open that cartridge to get to the element for service, but the airbox is so well sealed you won’t have to do it often. Clutch actuation is hydraulic and the clutch itself is a mixture of the DDS hub found on most KTMs but it has coil springs like the 250SX-F. The pull at the lever is super easy. The brakes are made by Formula, and are similar to those found on some of KTM’s minibikes. The fork and shock are WP. In the rear KTM uses no linkage and the fork is vaguely related to the current 4CS, but with the adjusters more conventionally located. 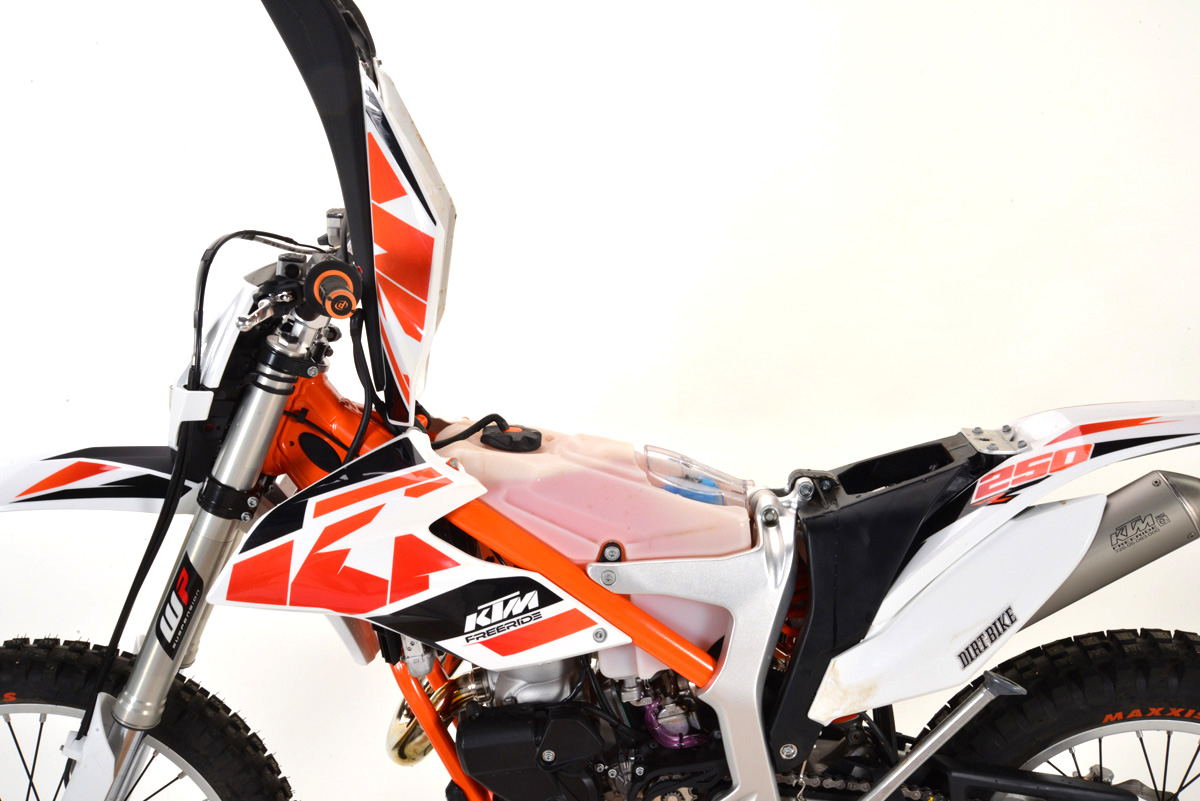 What’s it like to ride the Freeride? If you’re a trials guy, the answer is very straight-forward. It’s like a big trials bike with a seat. That makes it much more comfortable on long rides, that that’s what KTM is banking on to appeal to the U.S. market. You need to understand that it isn’t made for people who already ride trials. A purebred trials rider would only see the seat and tank as compromises. In really technical sections, you would never actually sit down; that will only get you in trouble. No, you almost have to pretend that trials bikes don’t exist at all to appreciate the Freeride. It’s a light-weight, narrow bike with a low seat height and a torquey, almost un-stallable motor. It  has so much low-end power that you can let out the clutch at idle and be on your way with no additional throttle. The bike has a super wide lock-to-lock steering sweep so you can make sharp turns. All those things add up to a bike that’s wonderful for beginners. It’s hard to imagine an easier bike to ride–the KTM is not intimidating at all. It’s not fast enough to be scary.  That opens up a world of possibilities. There will a lot of dads and husbands who buy the Freeride for someone else, then sneak it out the back door when no one is looking. For an experienced off-road rider, this motorcycle unlocks riding areas that might otherwise go unnoticed. That clump of rocks that you used to go around can provide hours of entertainment. There will certainly be a period of time where you aren’t sure what the motorcycle can do, and you get to push the boundaries a little farther every time.

The biggest downfall of the Freeride is that it requires a second Freeride. It doesn’t mix well with conventional dirt bikes. They go faster and bypass all the areas where you want to explore. The Freeride has a six-speed gearbox with a very tall top gear that enables it to keep up with 450s, but it’s simply not much fun at speed. That’s kind of missing the whole point.

KTM has priced the machine nicely. The MSRP is $7895, which isn’t that much more than a 125. Dealers should be getting them shortly, but only about 500 were imported to test the waters. We hope this is just the first 500. We’ll see.