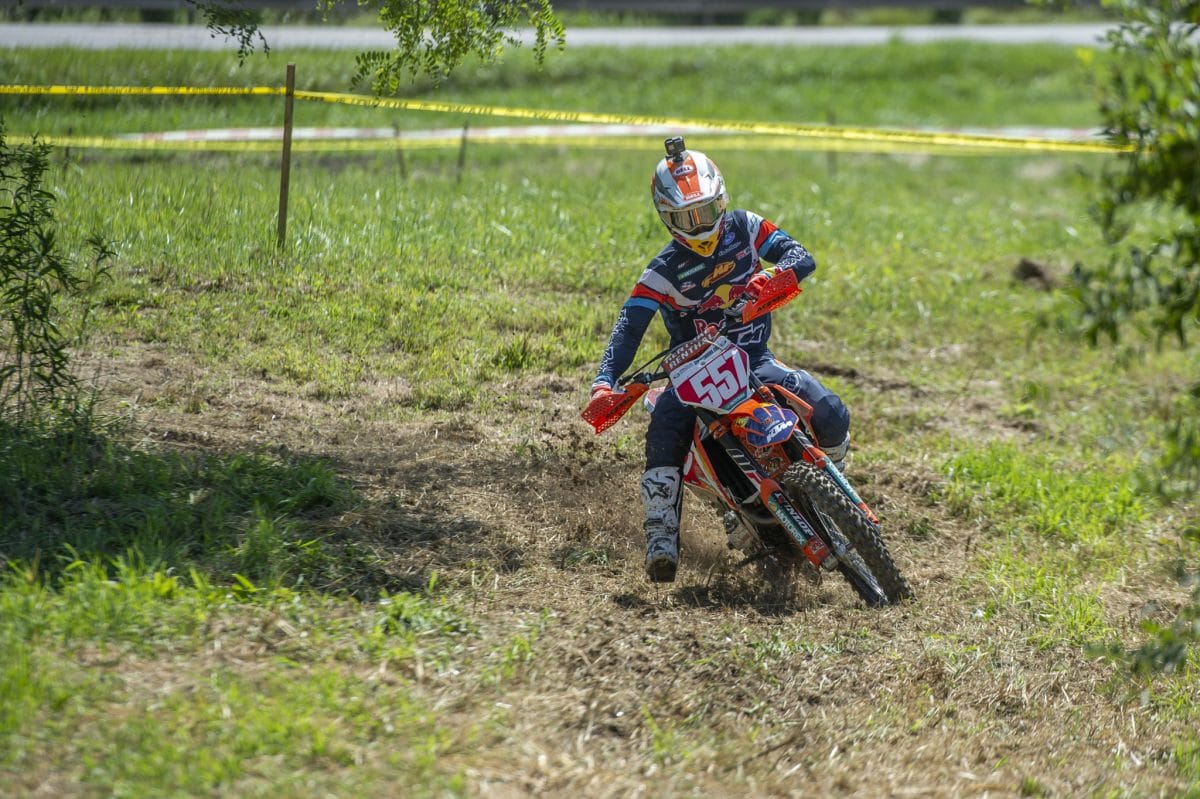 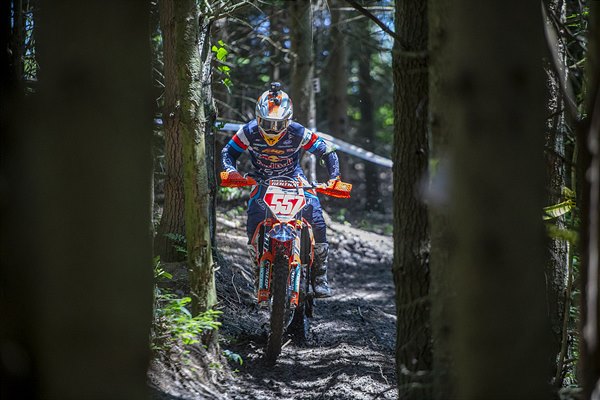 Kailub Russell capitalized on speed and consistency to take the overall win at this weekend’s LL Raceway Full Gas Sprint Enduro, round six of the Kenda Full Gas Sprint Enduro Series in Fairmount, Pennsylvania. Over the course of the two-day event, Russell won 6 of the 12 tests while finishing second in the remaining 6 tests, giving the FMF/KTM rider a 20-second margin of victory over Babbitt’s Monster Energy Kawasaki’s Josh Strang.  The win was Russell’s fifth overall victory of the season and it extended his lead in the series standings to 46 points over Rockstar Energy Husqvarna’s Thad Duvall. Duvall rounded out the podium in Pennsylvania, finishing 34 seconds behind Strang.

Strang praised the event, saying it was one of the best courses of the year. “Actually, the conditions were perfect pretty much all weekend,” said Strang. “As far as the dirt goes, it couldn’t get much better. The grass track was a little tighter than the last two rounds. It just wasn’t as high speed. The Enduro test, I think it was the best one all year so far just because they opened it up a little more so there was opportunity for more lines. I just think you could flow a little better and I think it just made for better racing.”

Russell and Strang accounted for all six of the test wins on Saturday, with each rider taking three wins. In the end, Russell topped Strang by almost five seconds for Saturday’s win. Duvall finished outside the top three just once on Saturday and ended up third on the day, with Husqvarna-backed Layne Michael and Tely Energy Racing’s Grant Baylor finishing fourth and fifth.

The tests were a bit drier on Sunday and the Enduro test got a bit choppy, but that didn’t change the order, as Russell and Strang still dominated the day with the exception of the final test, which was won by Duvall. Third overall went to Duvall, who finished off the weekend with a win in the final test (Enduro test).

Jordan Ashburn had a solid weekend and was third in the first three tests on Saturday. Having signed with the Babbitt’s Monster Energy Kawasaki team during the off-season, Ashburn is starting to look comfortable now on the new bike. Rounding out the top five was Layne Michael. The Husqvarna-back North Carolina rider was fifth for the day on Saturday but got stronger when the track dried a bit on Sunday and was fourth overall for the day. Seventh overall and first in the Pro2 division was Evan Smith. The Husqvarna/Max Motorsports/FXR rider dominated the Enduro test but took a back seat to Pro motocrosser Ben Nelko in the Cross test. 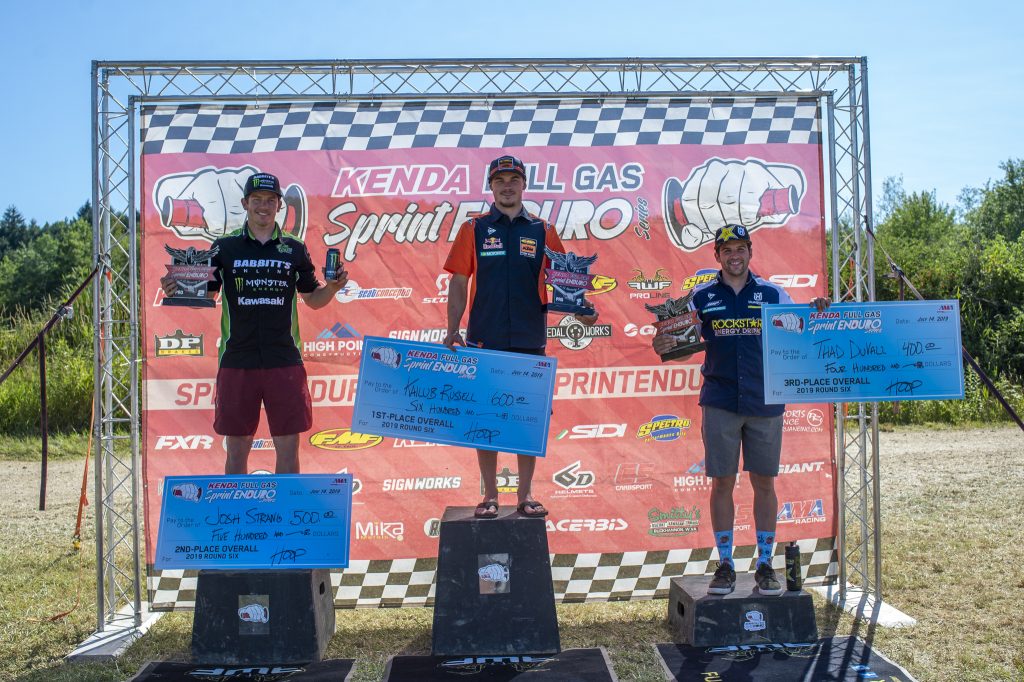 The Kenda Full Gas Sprint Enduro Series returns to action on August 10-11 at Rockcrusher Farms in Haeysville, North Carolina for round seven of the series. For more info on the series go to www.sprintenduro.com.