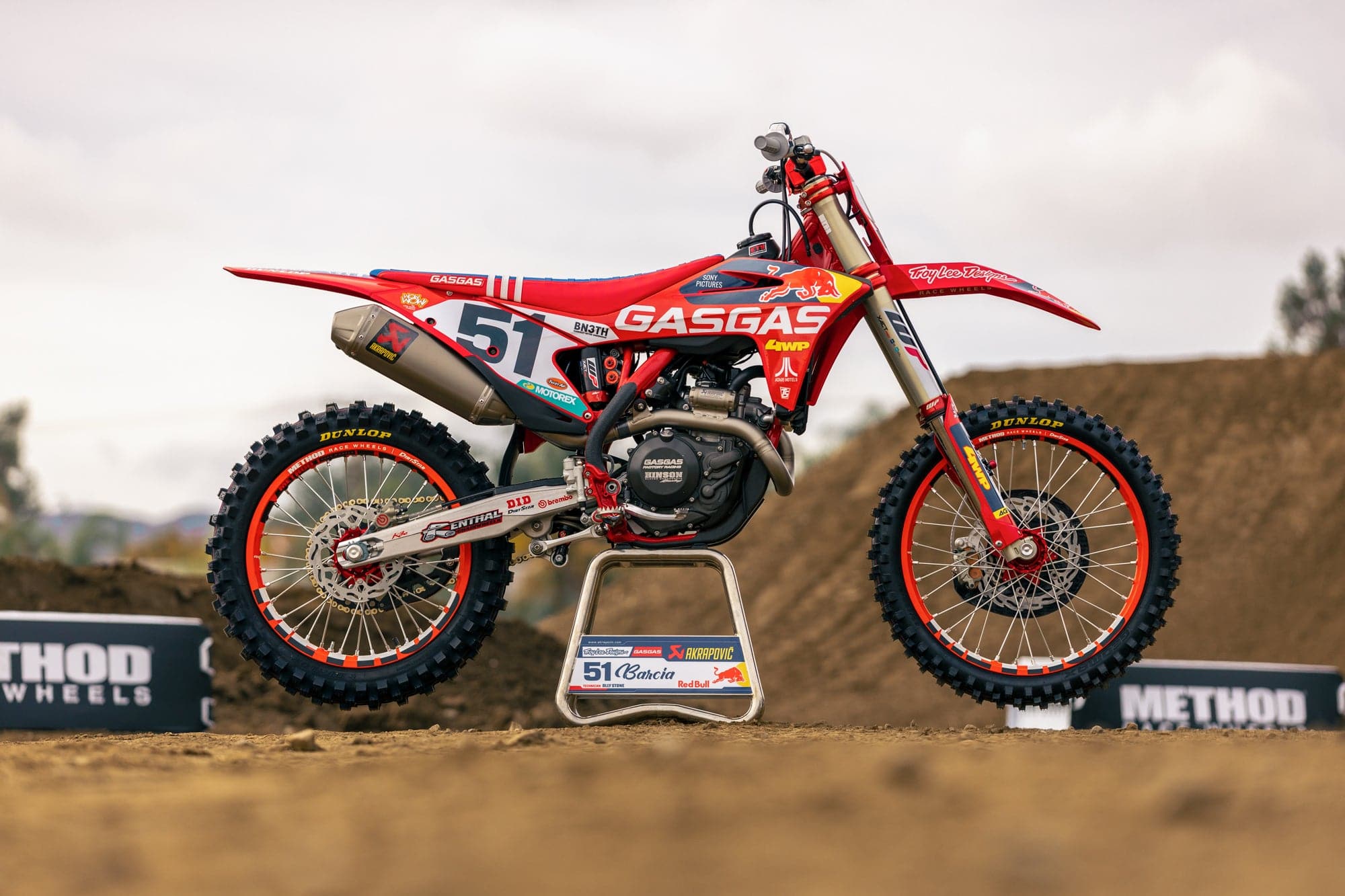 The Troy Lee Designs team has just released photos and a video of Justin Barcia’s factory Gas Gas MC450 and it is equipped with the latest Method Race Wheels. Check out the video and some images below.

Gas Gas is a Spanish motorcycle manufacturer that was founded by Narcis Casass and Joseph Piebernat in 1973. Prior to selling the first GasGas bikes, the two established a chain of stores selling bikes and by 1985 they were manufacturing their own bikes. The name Gas Gas is what you imagine it would be, “to gas it” (accelerate, give it gas, turn the throttle) essentially to go faster. Fast forward to 2019 and Gas Gas is purchased by the Pierer Mobility Group the parent company of KTM and Husqvarna. 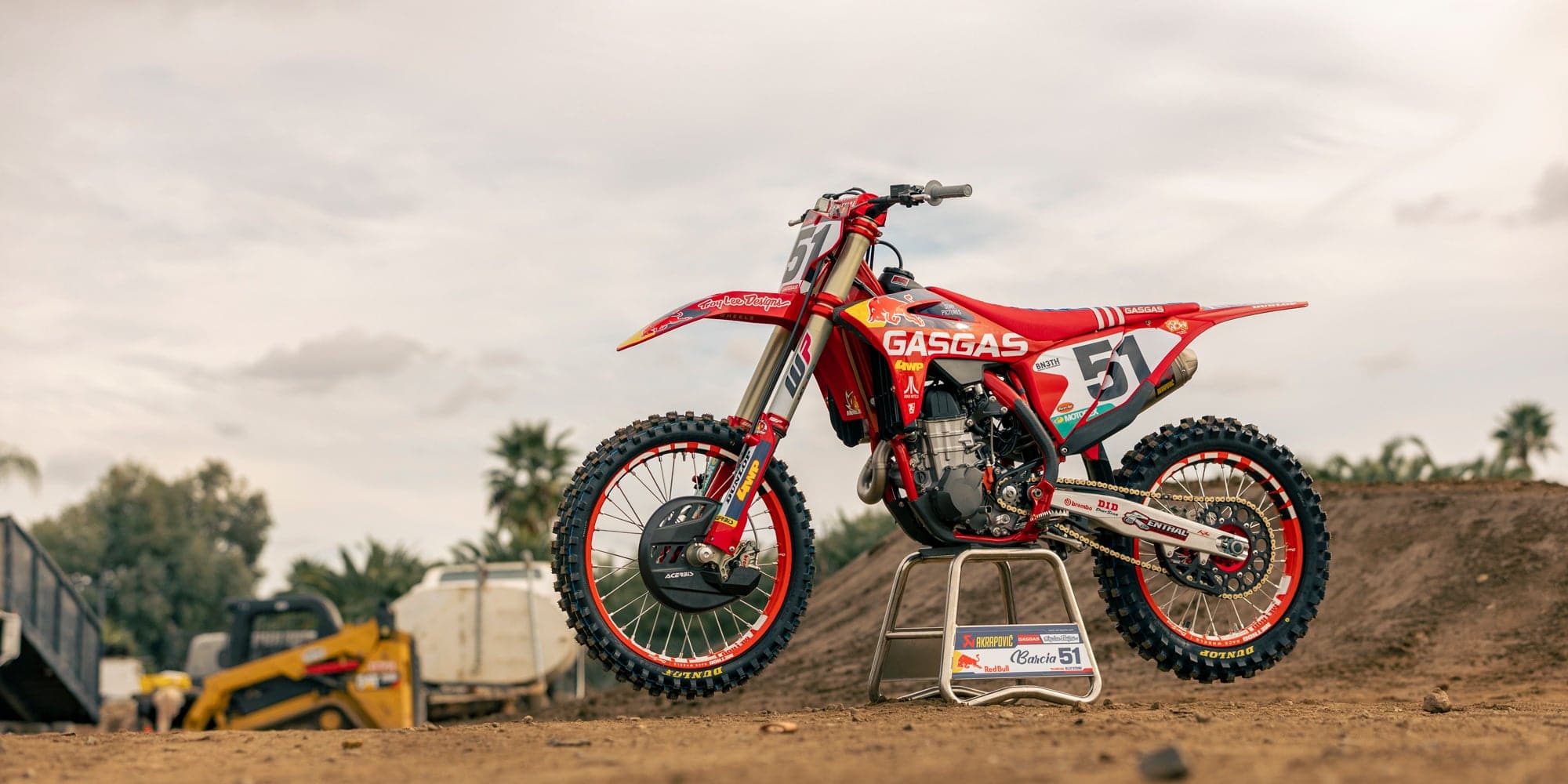 Many have asked if GasGas is just a KTM painted red. Here’s what we know: GASGAS bikes will share the same engine, steel frame, WP suspension components, electric starter, hydraulic clutch and Brembo brakes. While they share a few components a few differences including forged aluminum triple clamps, gone is the resonance chamber found in KTM and Husky headers resulting in a different engine characteristic. 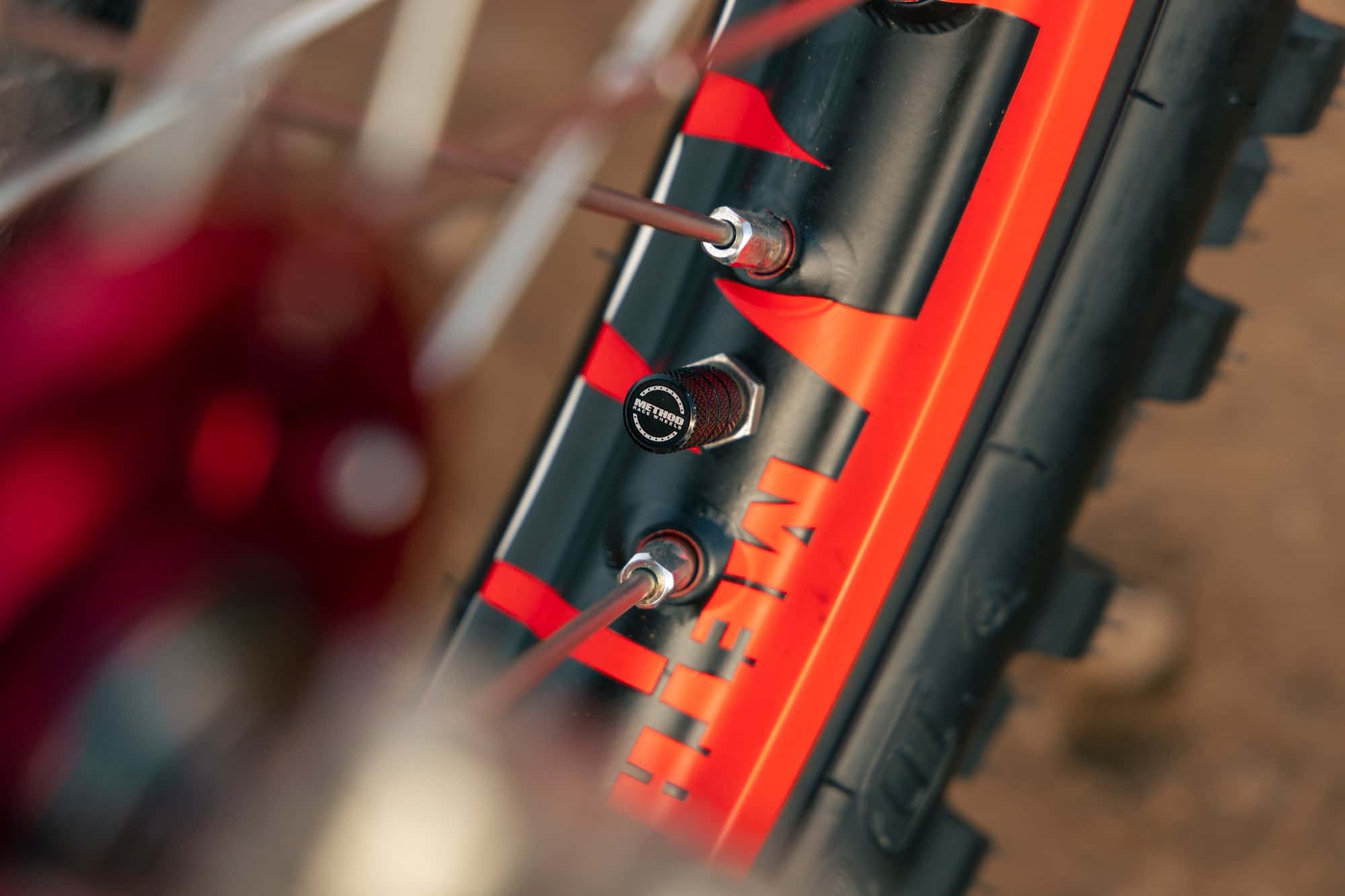 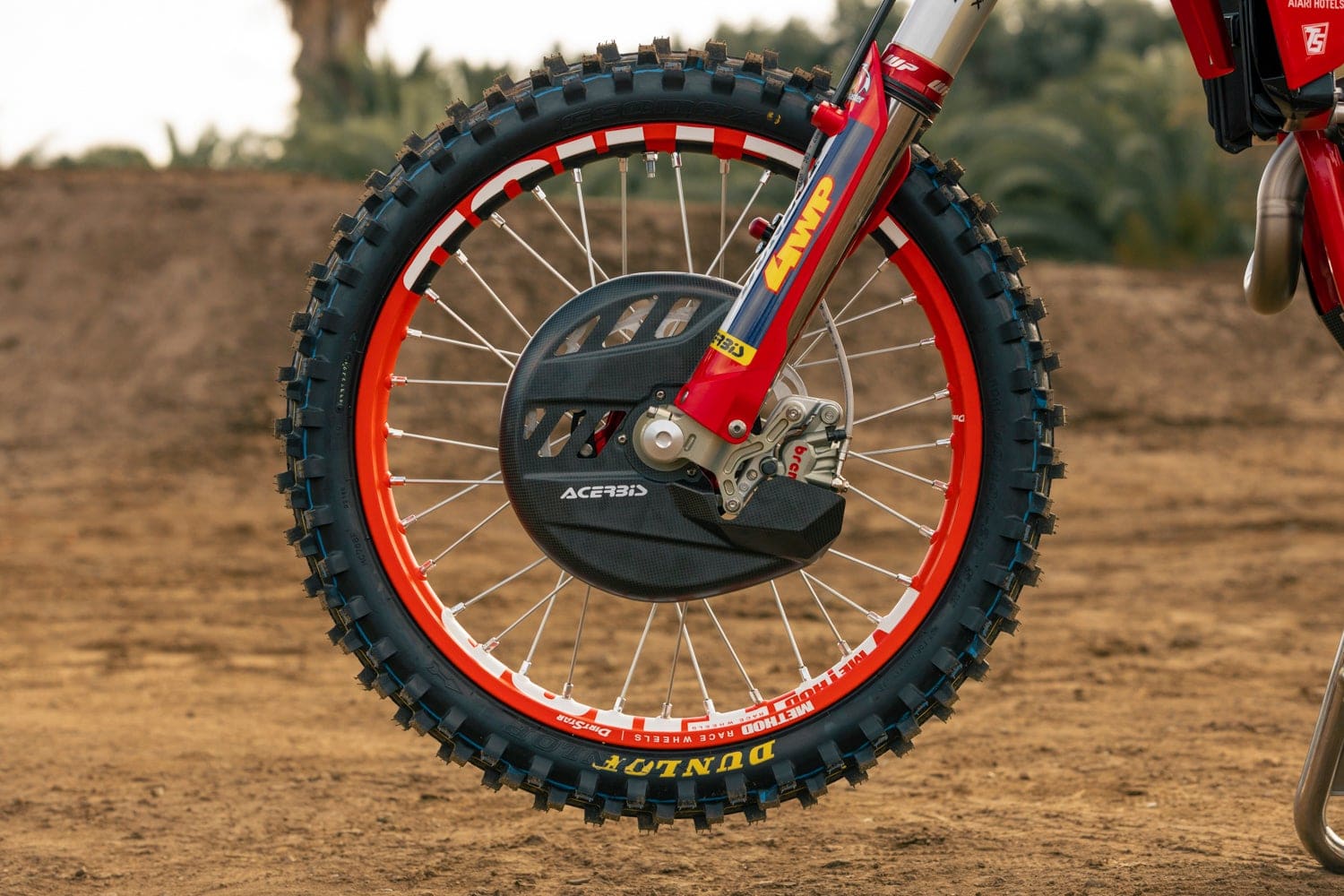 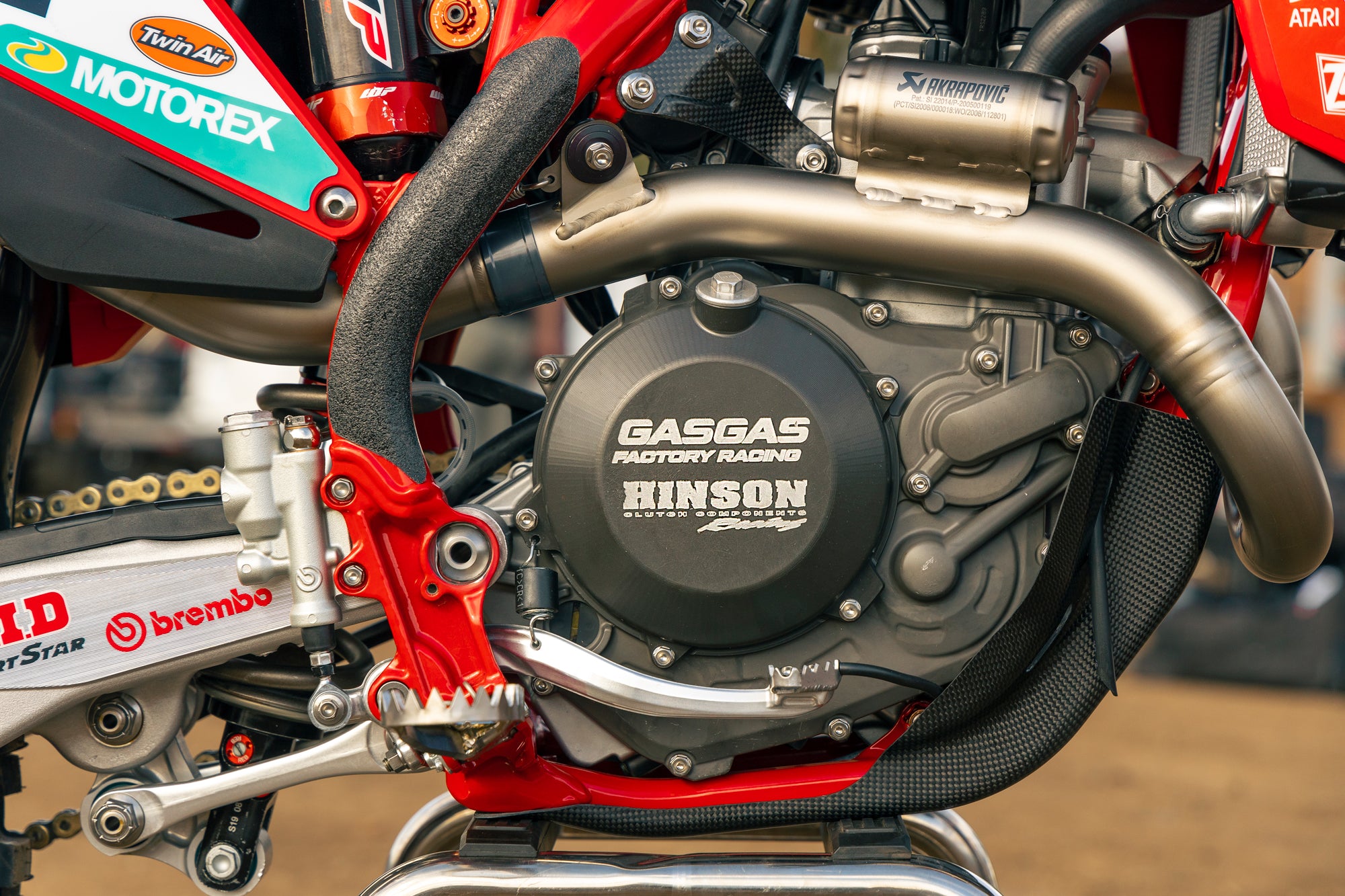 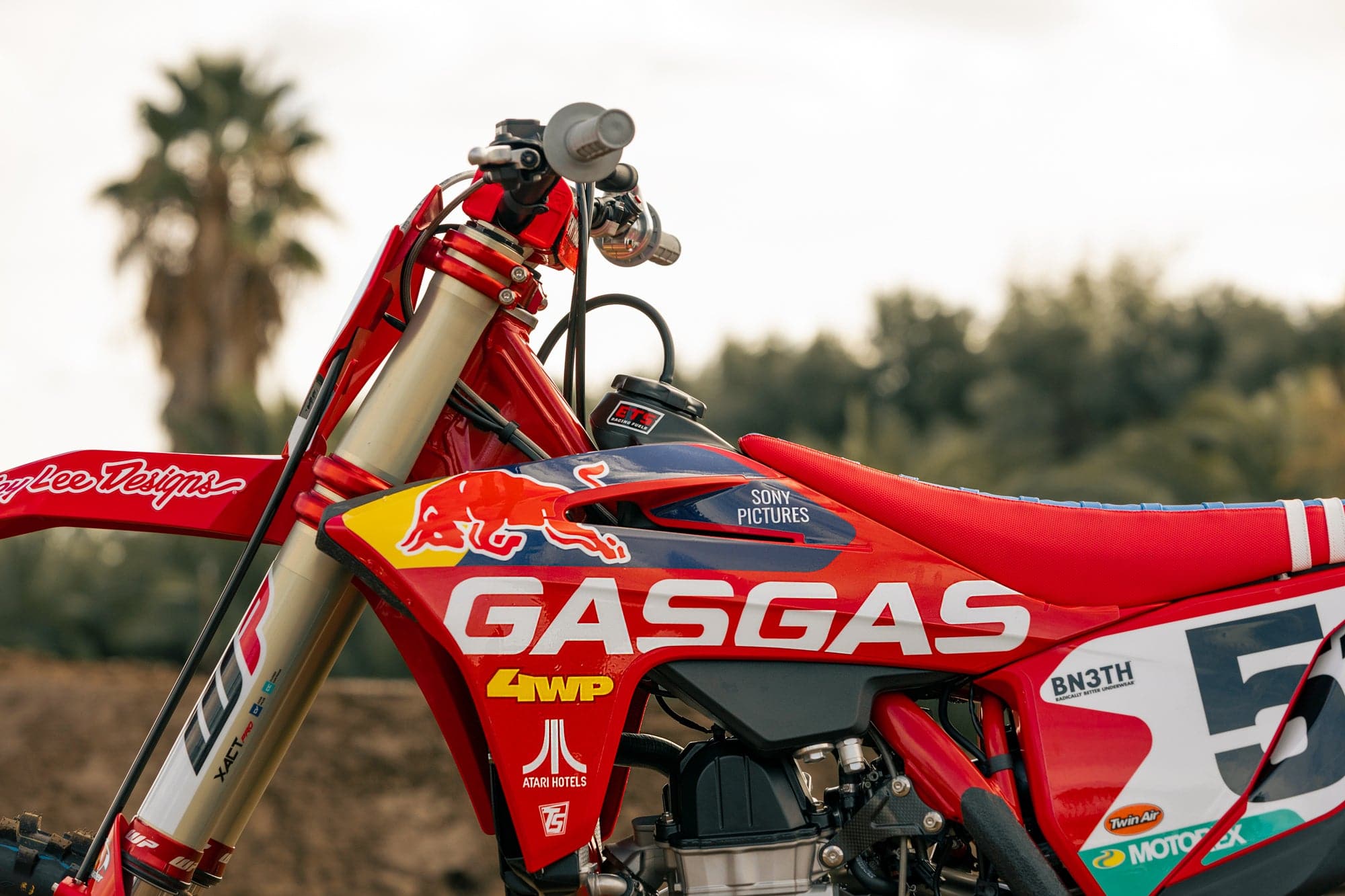 To see more about the Method Race Wheels featured on Justin Barcia’s race machine head over to www.methodracewheels.com .