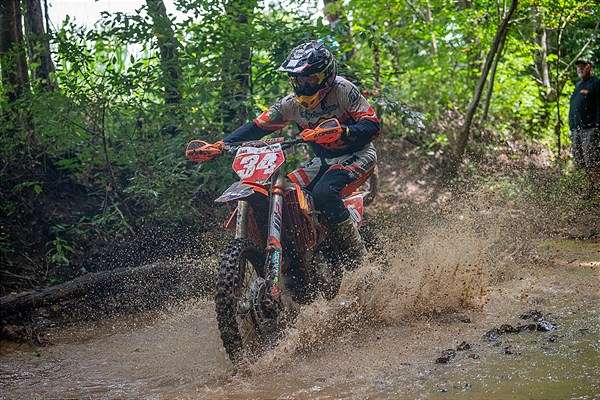 FMF/KTM’s Josh Toth swept all six tests to claim a dominating victory at this weekend’s Little Raccoon National Enduro in Wellston, Ohio, round four of the 2020 Kenda AMA National Enduro Series. Toth topped second-place finisher Steward Baylor by 1 minute, three seconds, which was a bit of redemption for the Connecticut rider after losing last week’s Rattlesnake Enduro in Cross Fork, Pennsylvania, in the very last test after leading all day. The win was Toth’s second of the year and third-career National Enduro victory.

Four-time National Enduro Champion, Steward Baylor, purchased a new Kawasaki on Thursday before the race and had about 15 minutes on the bike when he started the race. The South Carolina rider had no expectations coming into the event, but managed a solid runner-up finish ahead of his brother, FactoryONE Sherco rider Grant Baylor. “I started off a little bit cautious, and then in test two I tried to race a little harder and just started making more mistakes,” said Steward. “The rest of the day I just tried to nail my lines and just ride the bike and learn the bike. The bike definitely started feeling better towards the end. I felt like I could definitely go faster. I just rode my race and did what I needed to do.” Steward says his plan is to race all of the major brands before making a decision on a team for 2021.

Grant dropped two steps down from last week’s race, finishing on the final step of the podium at the Little Raccoon Enduro, however, he still remains atop the 2020 series standings by 12 points over Toth. Ben Kelley was fourth. The FMF/KTM rider won the opening round of the season, but has followed that up with three-straight fourth-place finishes.

Fifth overall was XC Gear/Enduro Engineering/Husqvarna’s Ryder Lafferty. Lafferty, nephew of eight-time champ Mike Lafferty, finished third overall in the opening round of the season, and has been working hard to get back on the podium. 760 Husqvarna’s Ben Nelko was eighth overall and first in the NE Pro2 class. 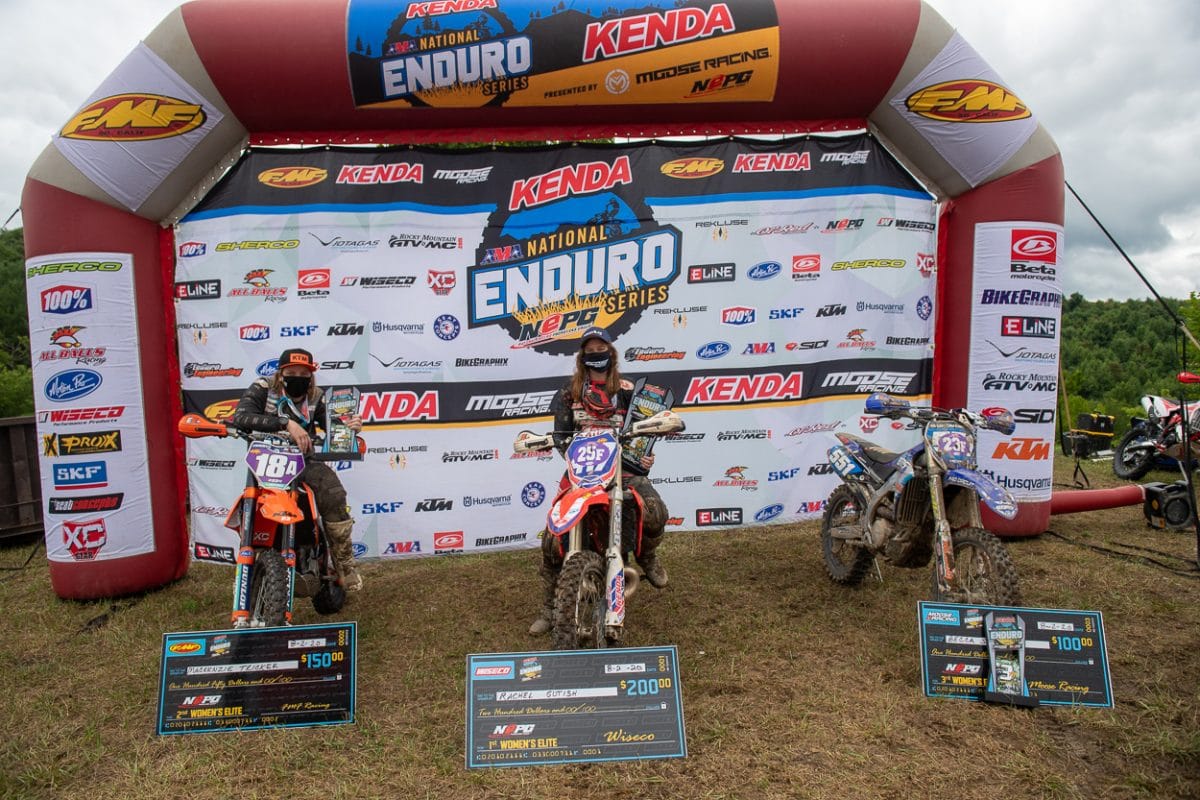 Rachel Gutish raced the day before and won the Battle of the Goats in North Carolina, and then drove all night to compete at the Little Raccoon Enduro, coming away with first in the Women’s Elite class.