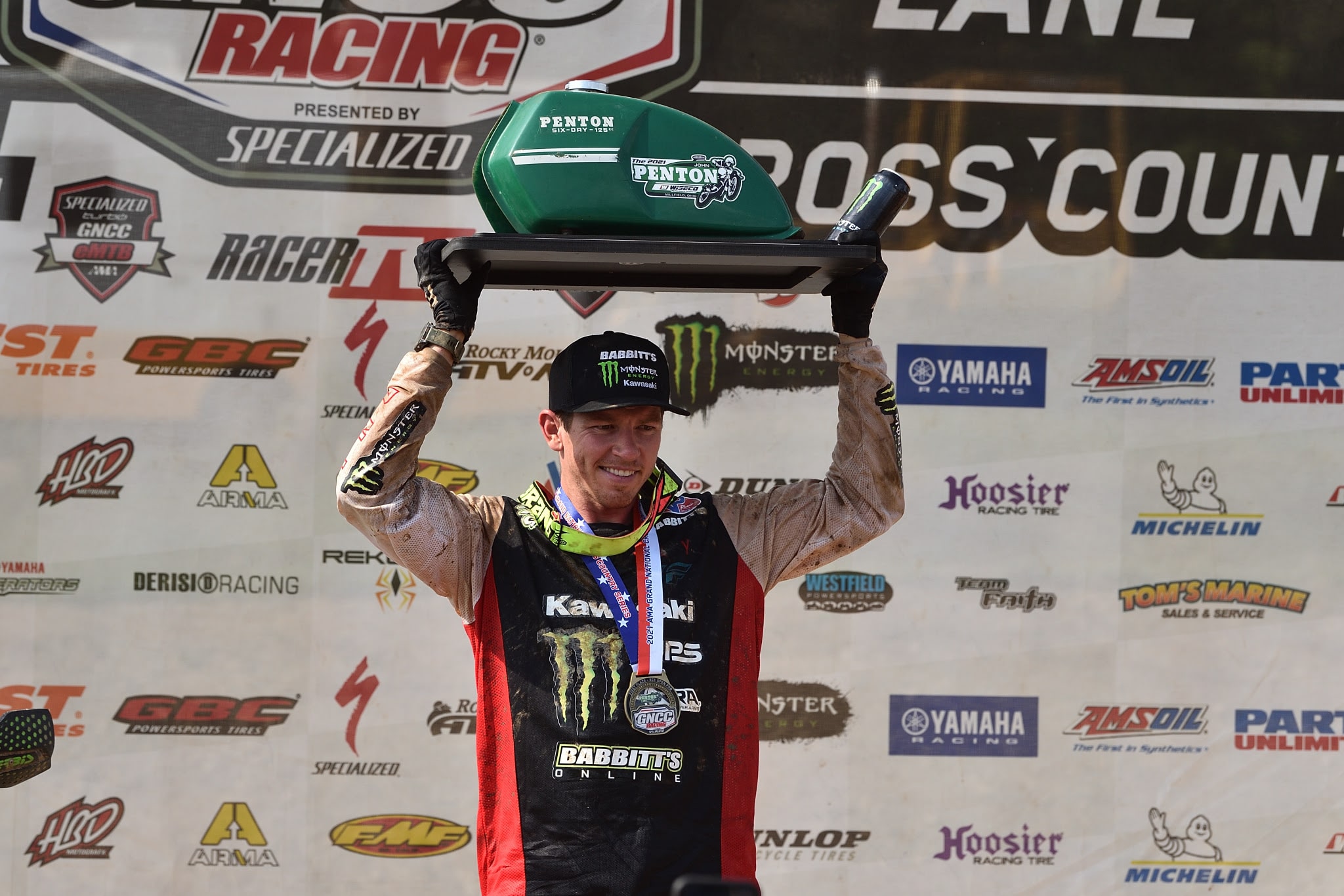 The Wiseco John Penton: Motorcycle Race Report
Strang Brings Home First Win of the Season in OhioThe stage was set at Sunday Creek Raceway as hot and humid temperatures were felt throughout the entire weekend at the 32nd Annual Wiseco John Penton GNCC, Round 7 of the 2021 Grand National Cross Country (GNCC) Series presented by Specialized, an AMA National Championship. 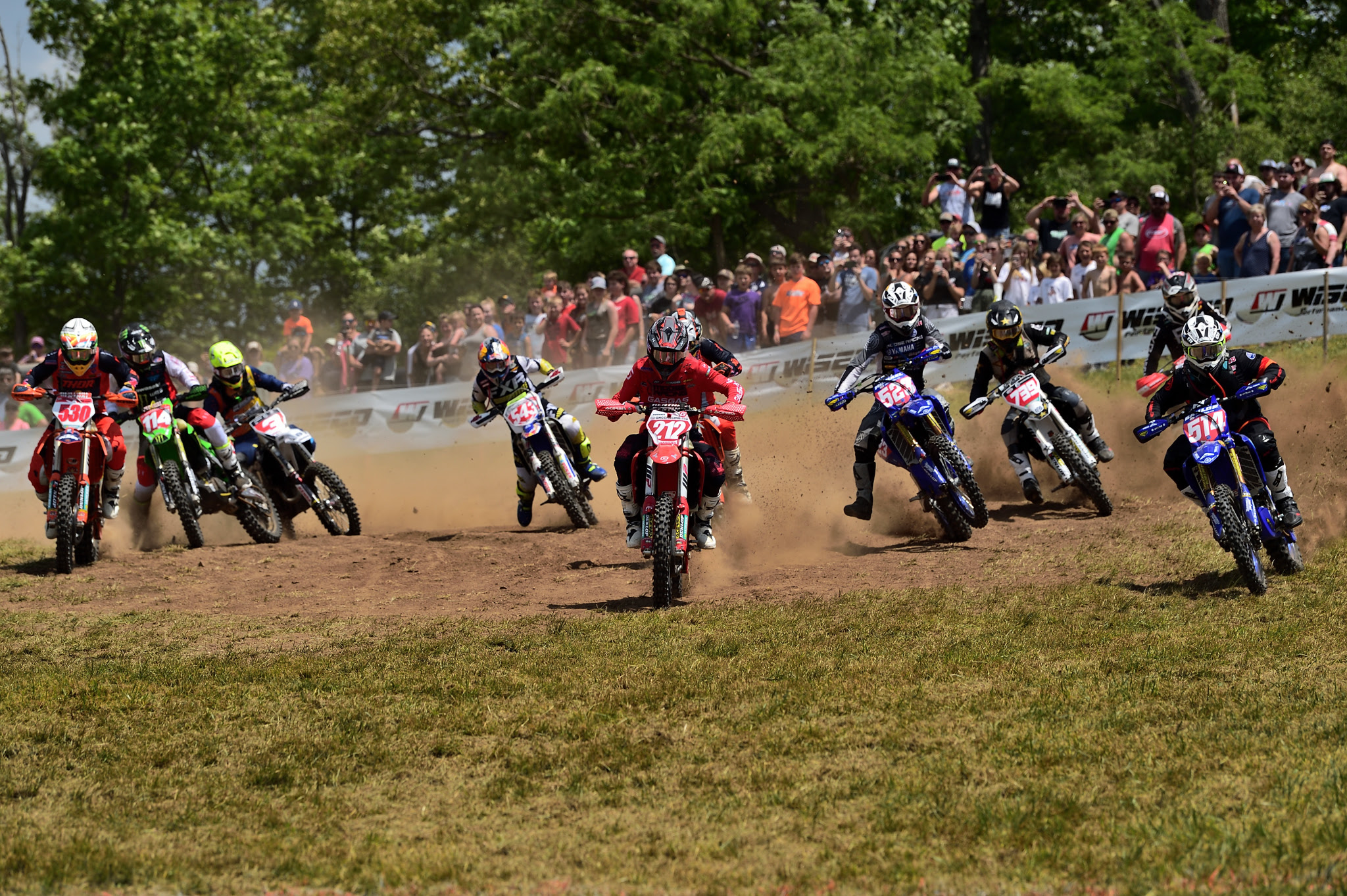 When the green flag waved it was Coastal GASGAS Factory Racing’s Ricky Russell getting a good start off the line, earning the $250 All Balls Racing XC1 Open Pro Holeshot Award. Russell would hold the early lead as the riders made their way into the woods. As the race wore on Russell would begin to feel the pressure from FMF/KTM Factory Racing’s Benjamin Kelley.

Heading to the finish line to complete lap three, Kelley would find himself in the number one position with Babbitt’s Online/Monster Energy/Kawasaki Team Green’s Josh Strang also making his way around Russell for the second place position. Kelley and Strang would continue to battle at the front of the pack, and as the pair came around on the last lap Strang would take over the lead position right before the Penton section of the track to earn his first win of the season.

Kelley would hold onto second for the day, but not without pressure from the hard-charging AmPro Yamaha-backed rider Steward Baylor. On lap one, Baylor would come around in the fifth place position and would have to continue to push throughout the duration of the race. Baylor would find himself as far back as sixth on lap three but would put his head down and make his way up to third by the time the white flag came out. Baylor would end up rounding out the top three overall finishers in Ohio. 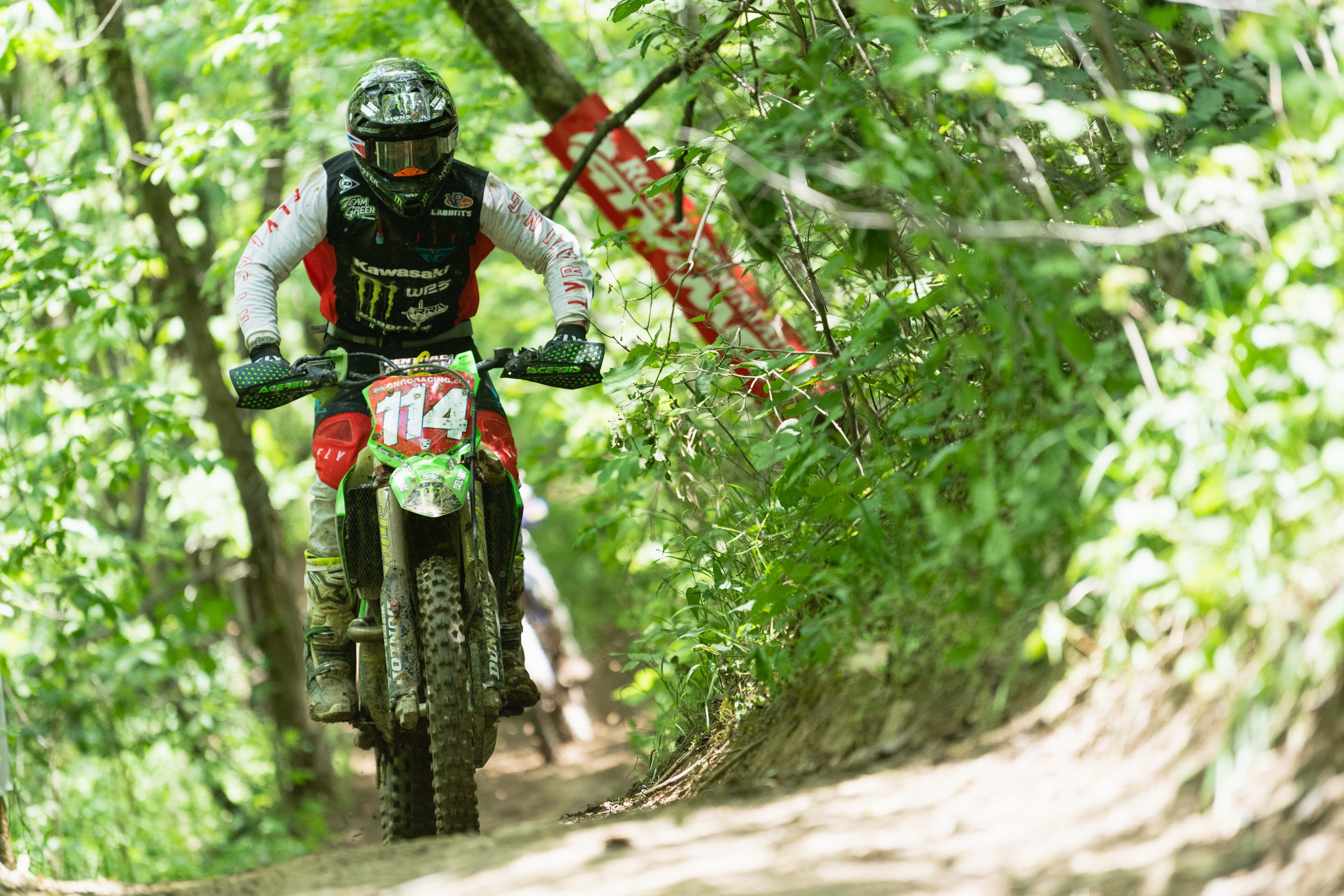 After holding the early lead Russell would fall back to fourth on the day and find himself emersed in another battle with FMF/KTM Factory Racing’s Joshua Toth for the last couple of laps. Russell would hold off Toth by 15 seconds for fourth. Toth would have a bit of a tough day after a second turn crash and then another on track incident bent his rear brake lever under his engine.  After the first lap Toth would have to make a pit stop to adjust the lever, costing him some valuable time. Toth would once again go to work as he made his way back into the woods, working his way up to fifth by the time the checkered flag flew.

Magna1 Motorsports/Husqvarna’s Jordan Ashburn had a consistent day in Ohio as he continued to battle for a top five finish. Unfortunately. Ashburn would be unable to hold onto fifth as Toth made his way around. Ashburn would be able to continue to race in the sixth place position for the last two laps of racing and remains fifth in the points standings after seven rounds of racing.

Battling for the seventh place position in the XC1 class throughout the day were KLM Milwaukee GASGAS’ Grant Baylor and Rockstar Energy Factory Husqvarna Racing’s Trevor Bollinger. Both Baylor and Bollinger were swap the seventh place position multiple times throughout the three-hour race, with Baylor being able to cross the line just 18 seconds ahead of Bollinger for that position. Bollinger would finish eighth in XC1 and 10th overall on the day.

RedBull/MCS Racing Sherco-backed rider Benjamin Herrera came through to earn ninth in the XC1 class after battling the grueling heat and humidity for three hours. As for AmPro Yamaha’s Layne Michael he would unfortunately only be able to complete one lap of racing at round seven. 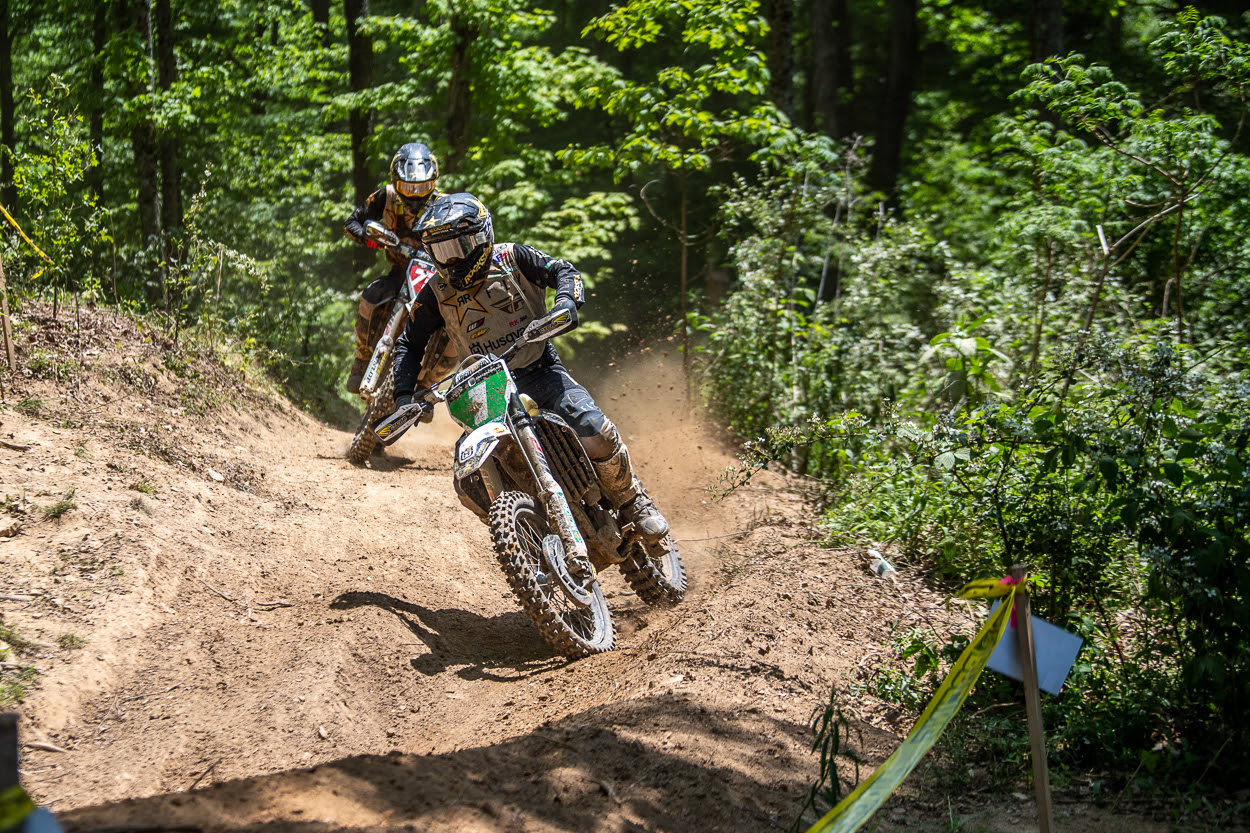 In the XC2 250 Pro class it was Rockstar Energy Factory Husqvarna Racing’s Craig DeLong coming through to earn his first win of the 2021 season. DeLong would get off to a good start and would immediately begin to place a gap over the rest of the XC2 field. Around the halfway point of racing DeLong would have around a two minute lead, and as he headed into the final couple of laps of racing, he would continue on to take the win. DeLong remains second in the points standings after seven rounds of racing.

Earning his third podium finish of the season was Babbitt’s Online/Monster Energy/Kawasaki Team Green’s Lyndon Snodgrass. As the riders came through on the opening lap Snodgrass found himself back in the fifth place position, but he would steadily make his way through the pack finding himself in third as the two-lap card came out. With just two laps to go Snodgrass would put his head down and push, making the pass for second just before the white flag came out. Snodgrass continued to hold onto second for the last lap, coming through with a minute gap back to third.

Coastal GASGAS Factory Racing’s Jonathan Girroir would come into Sunday’s race a bit under the weather, but he was focused on battling for another win as the race got underway. Girroir started out the day in fourth place but would make his way to second by lap two of the race. In the grueling heat, Girroir would continue to push himself but with two laps remaining he would be unable to hold of a charging Snodgrass. Girroir would come through to finish third in the XC2 class and continues to hold the points lead by 24 points. 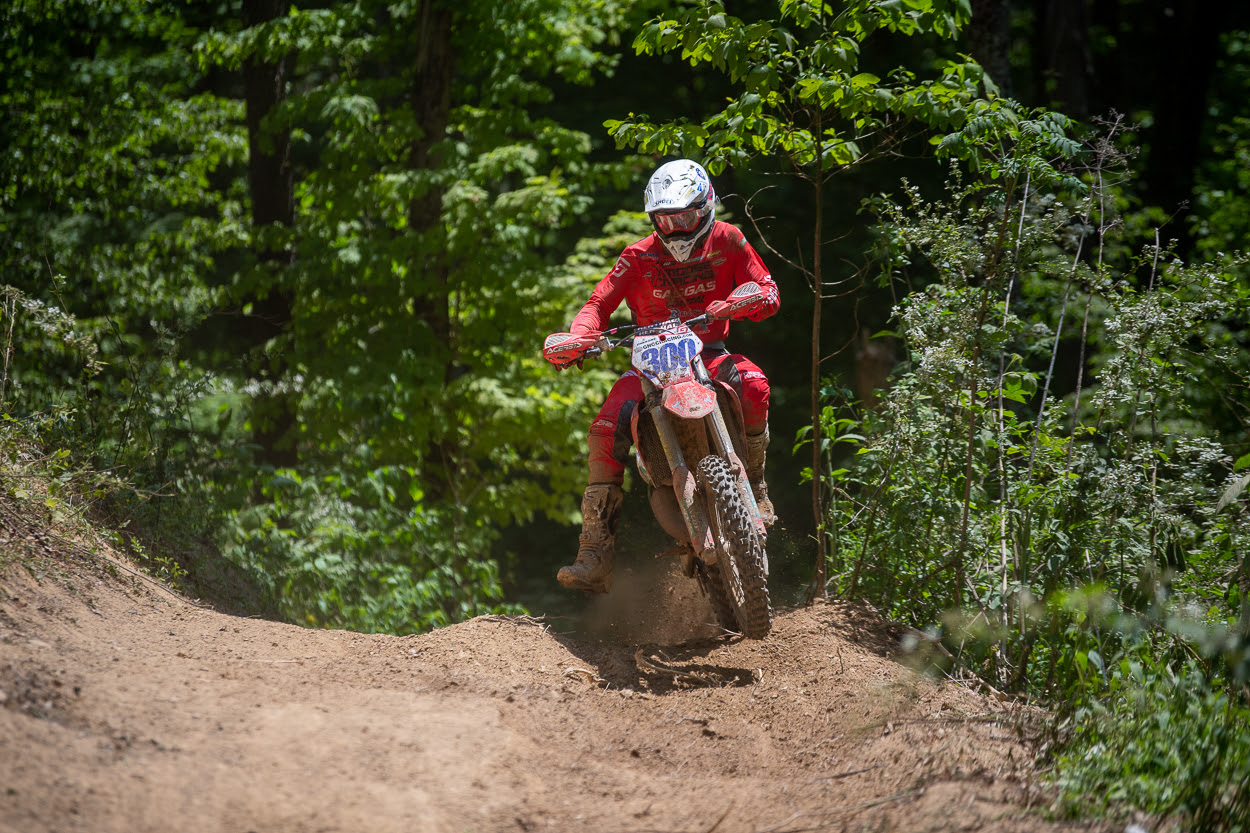 The FMF XC3 125 Pro-Am class saw a new winner emerge in the Ohio heat. After Jason Lipscomb jumped out to grab the $100 Lojak Cycle Sales Holeshot Award, it would be the familiar face of Magna1 Motorsports/Husqvarna’s Jonathan Johnson taking the lead on lap one, but Coastal GASGAS Factory Racing’s Ben Parsons was ready to battle for his first win of the season after finishing third at the past two rounds of racing. Parsons would make the pass on lap two, and he continue to push for the remaining three laps of racing. Parsons would come through with over a three minute lead on the rest of the XC3 field.

Johnson continued to hold onto second in the class, but he would be unable to push for his seventh-straight win of the season after Parsons made the pass stick. Lojak Cycle Sales/Yamaha’s Chase Colville would push to try to get out to an early lead but would go down in the first turn. After jumping back on the bike, Colville would make his way into the third place position by the time they came through timing and scoring on lap one. Colville would continue to run in third for the duration of the race, rounding out the FMF XC3 class podium. 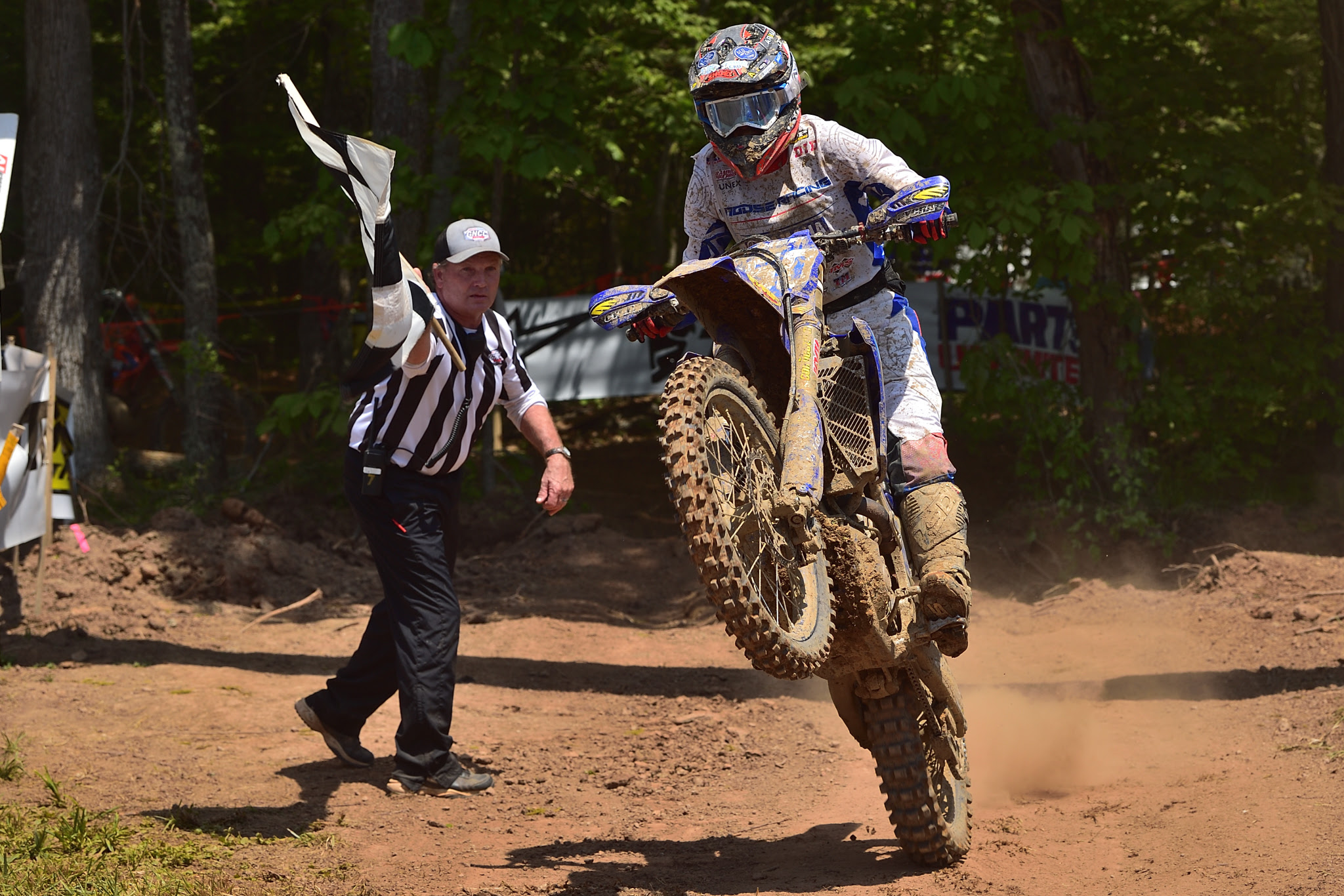 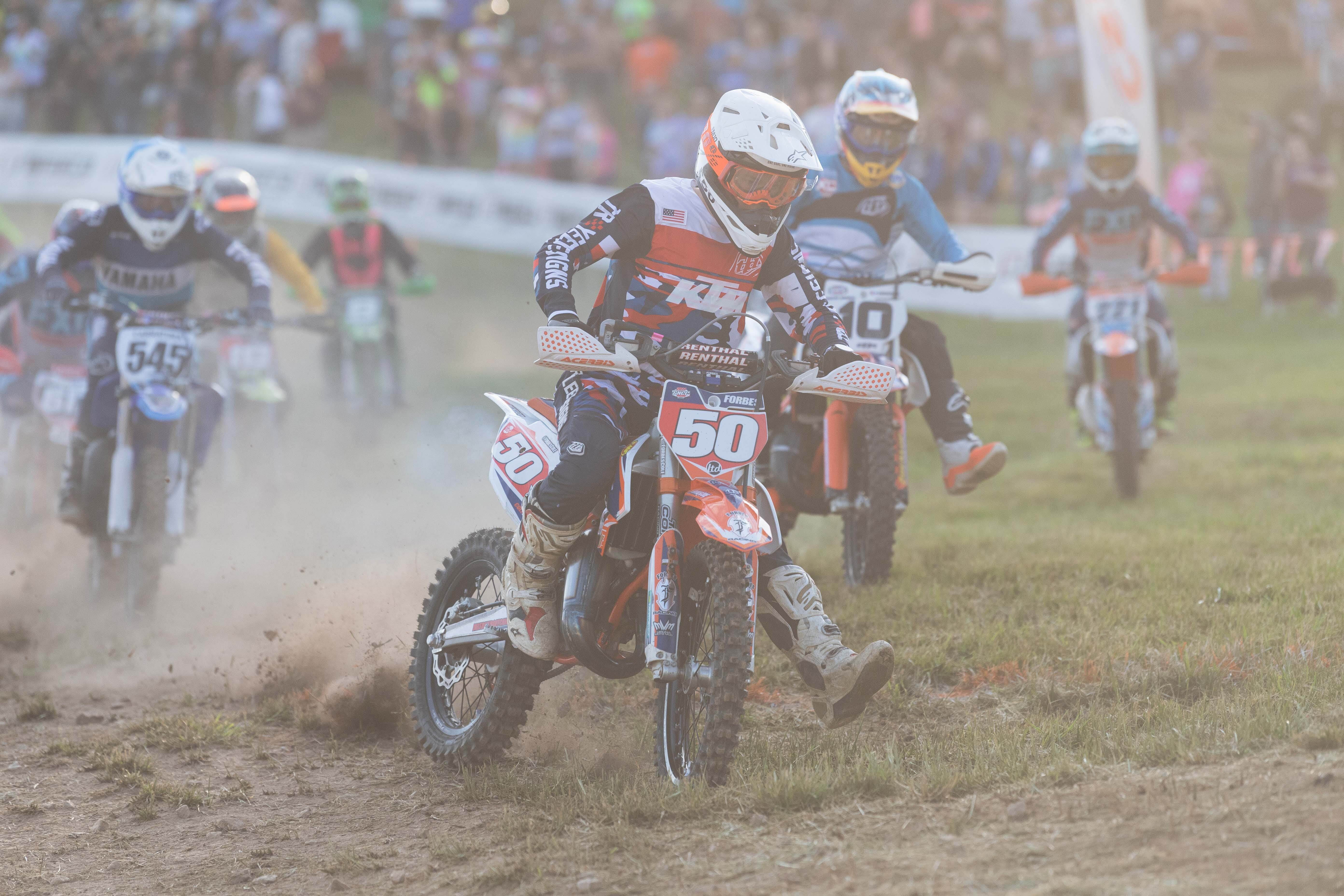 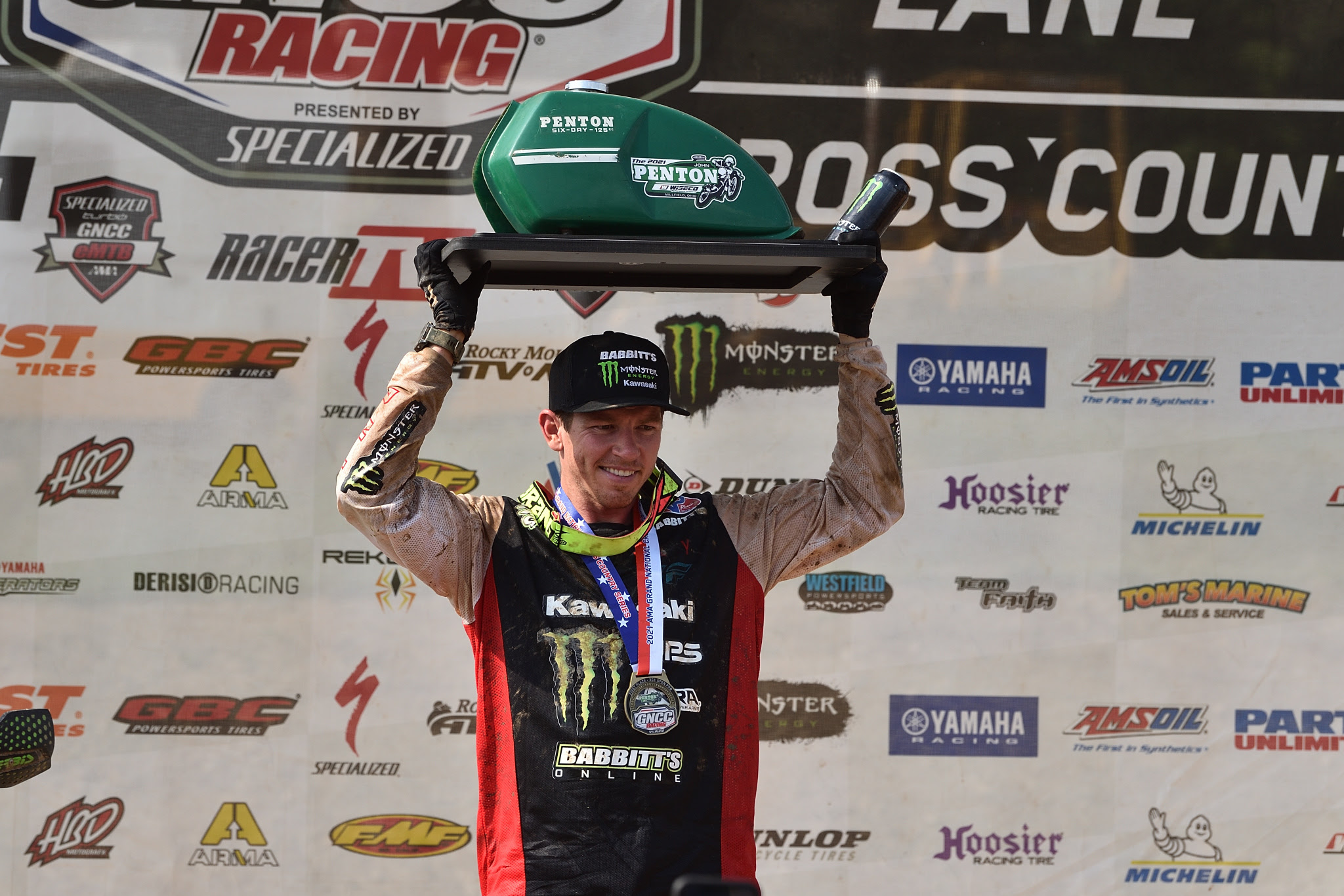 The John Penton Results and Points Standings
Millfield, Ohio
Round 7 of 13
Sunday, May 23, 2021