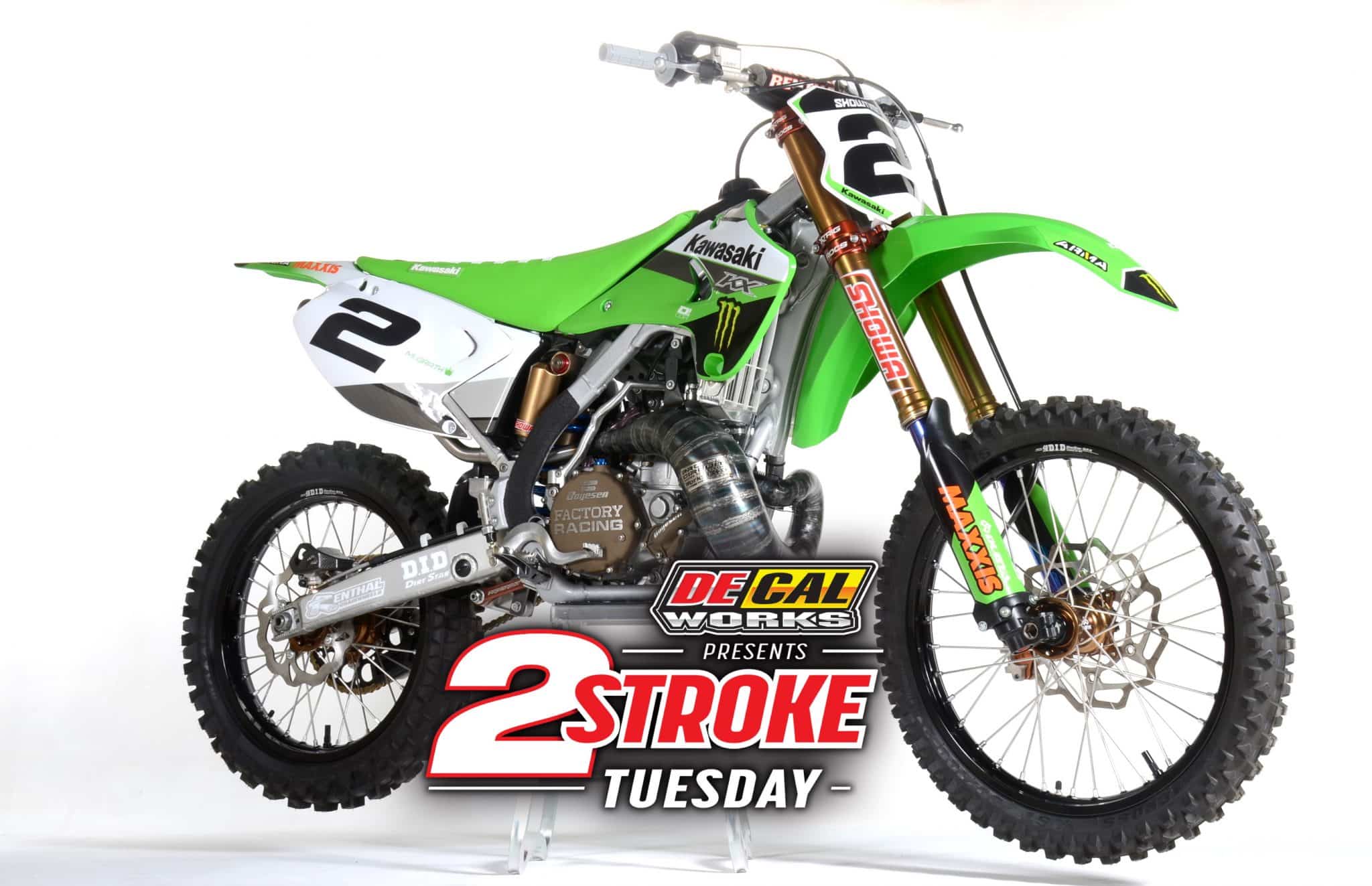 Jeremy McGrath is headed to Italy for the FIM Vintage World Cup held at the famed Maggiora MX Park on September 10 and 11. McGrath has again team up with bike builder Tim Sharp (Sharp Prepped Bike Building Services) on this 2005 Kawasaki KX250 project. Sharp is the person that built McGrath’s Championship Yamaha YZ250 we featured earlier this year. If you want to see more on that YZ250 build hit the exclusive link at the bottom of this post. 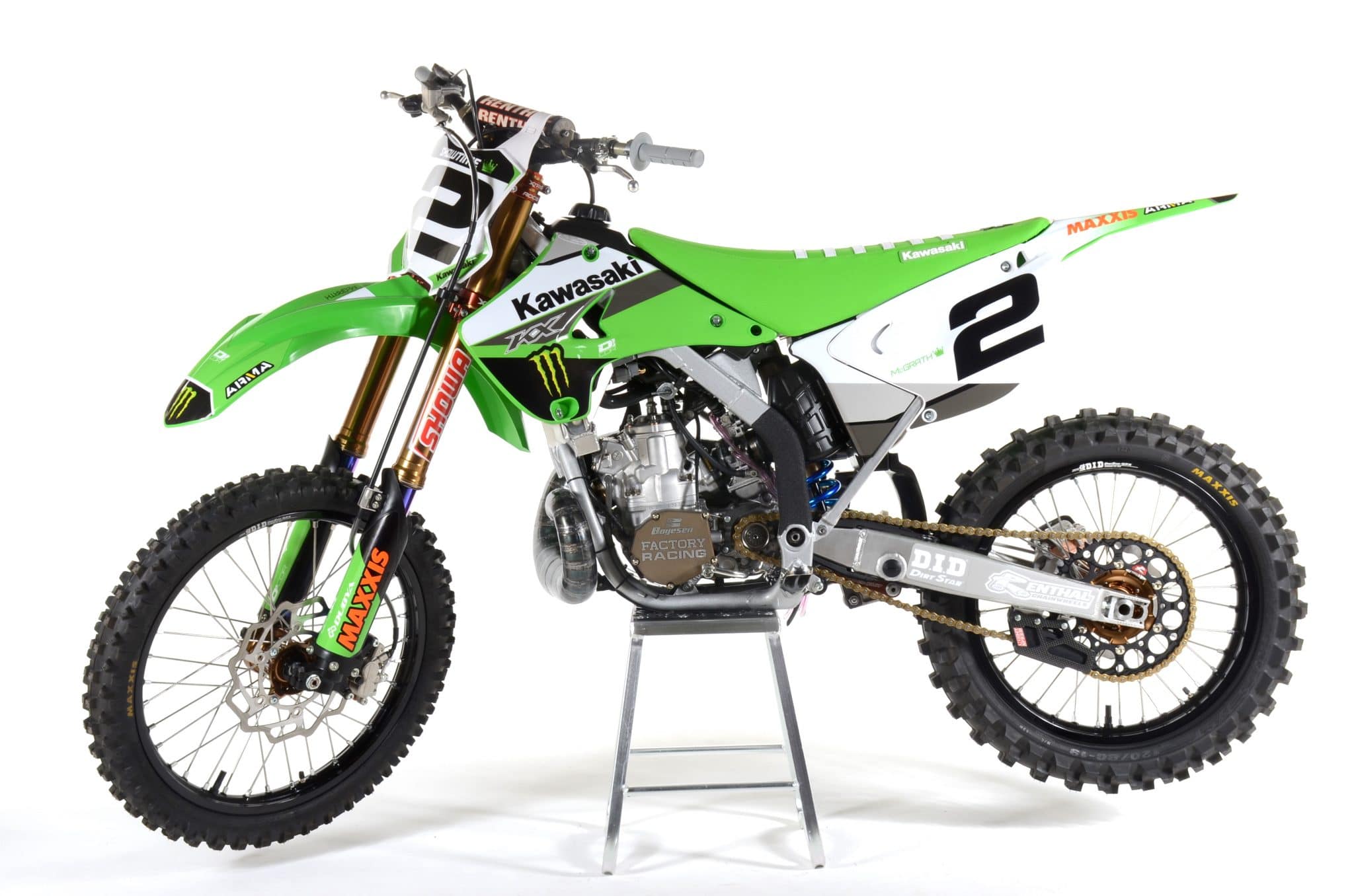 This Sharp Prepped Kawasaki KX250 will stay in Italy with the owner of the Maggiora MX Park after the event. McGrath worked with industry leading companies like Maxxis Tires, Dubya USA, Showa, Xtrig, ARMA, Renthal, Boyesen and Pro Circuit. 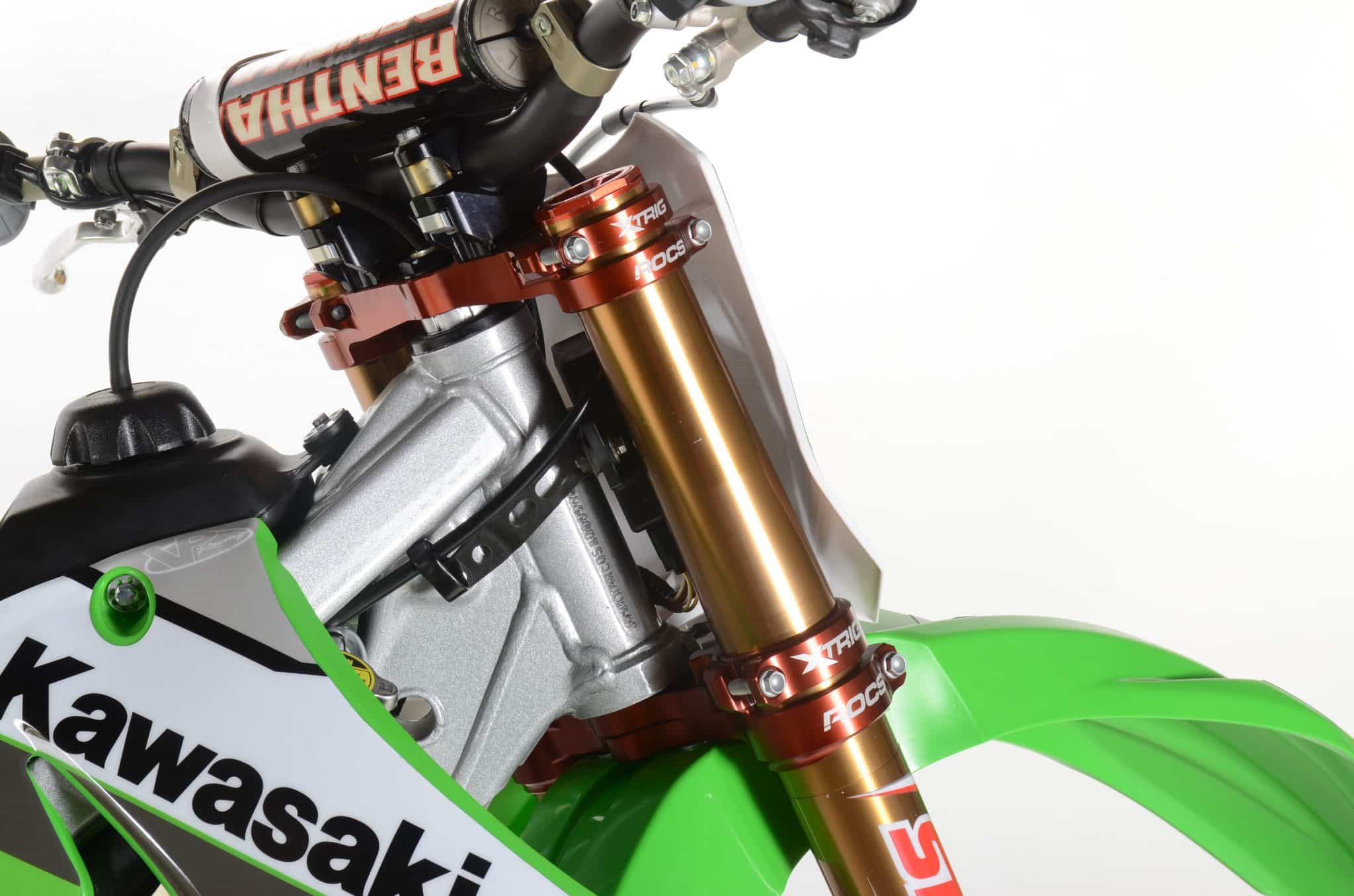 The Xtrig clamps and fork set up is directly off McGrath’s 2022 KX450. If you look close you can see the Trick Engineering billet aluminum steering stop. 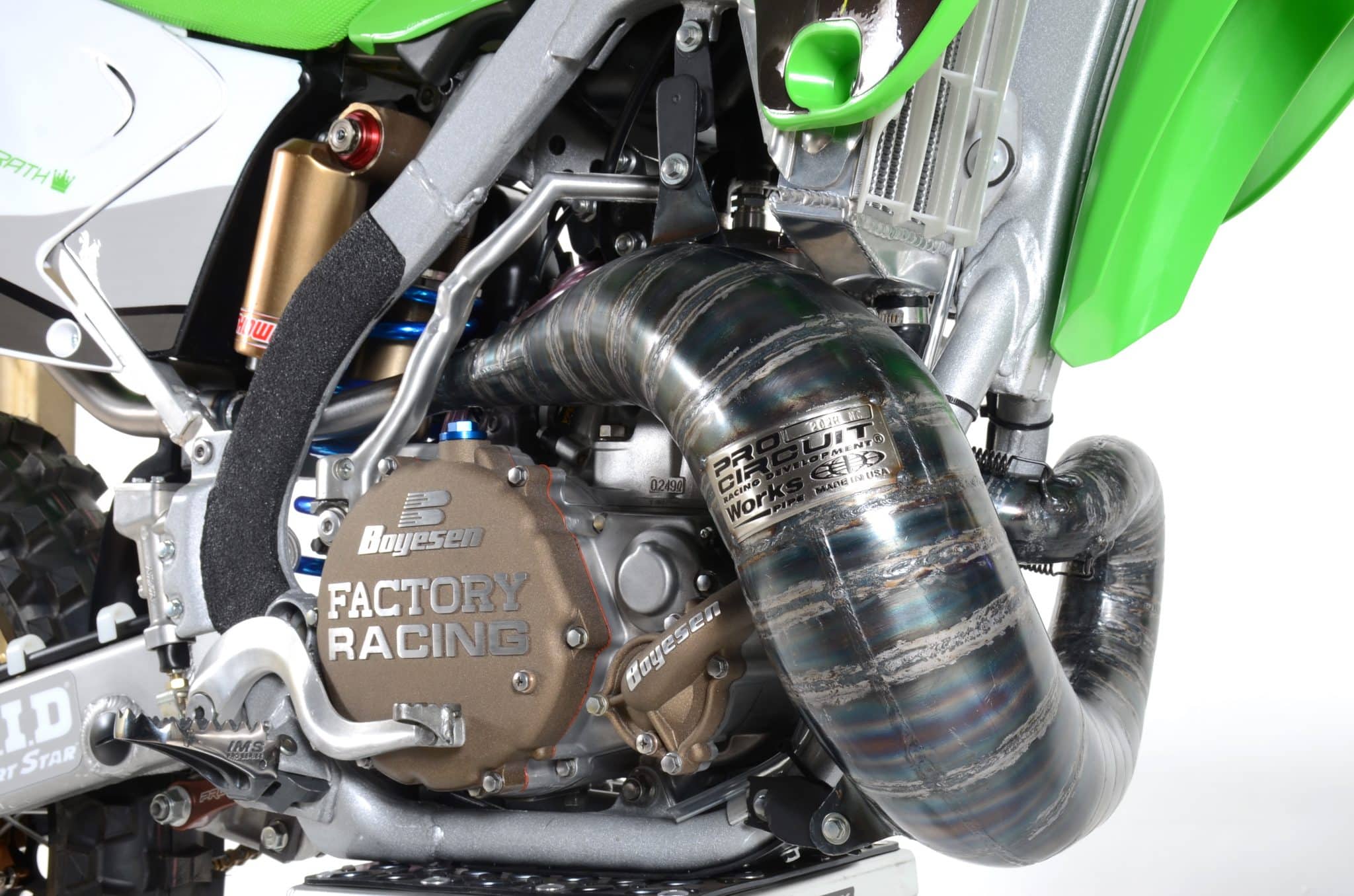 Boyesen outer case covers and Supercooler were used on this build . That Pro Circuit pipe is a work of art! 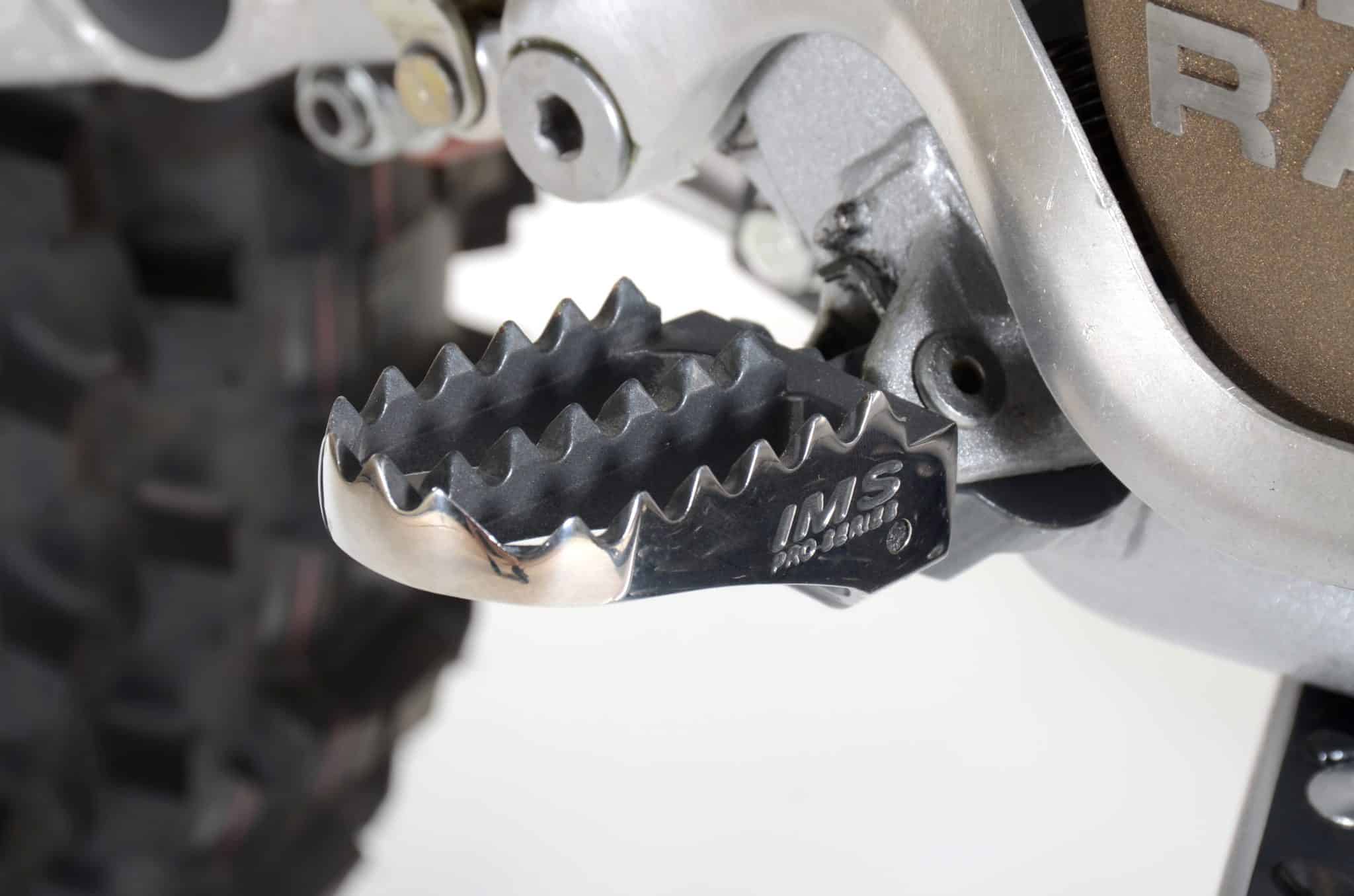 The OG of aftermarket pegs, IMS Pro Series pegs with the polished sides. 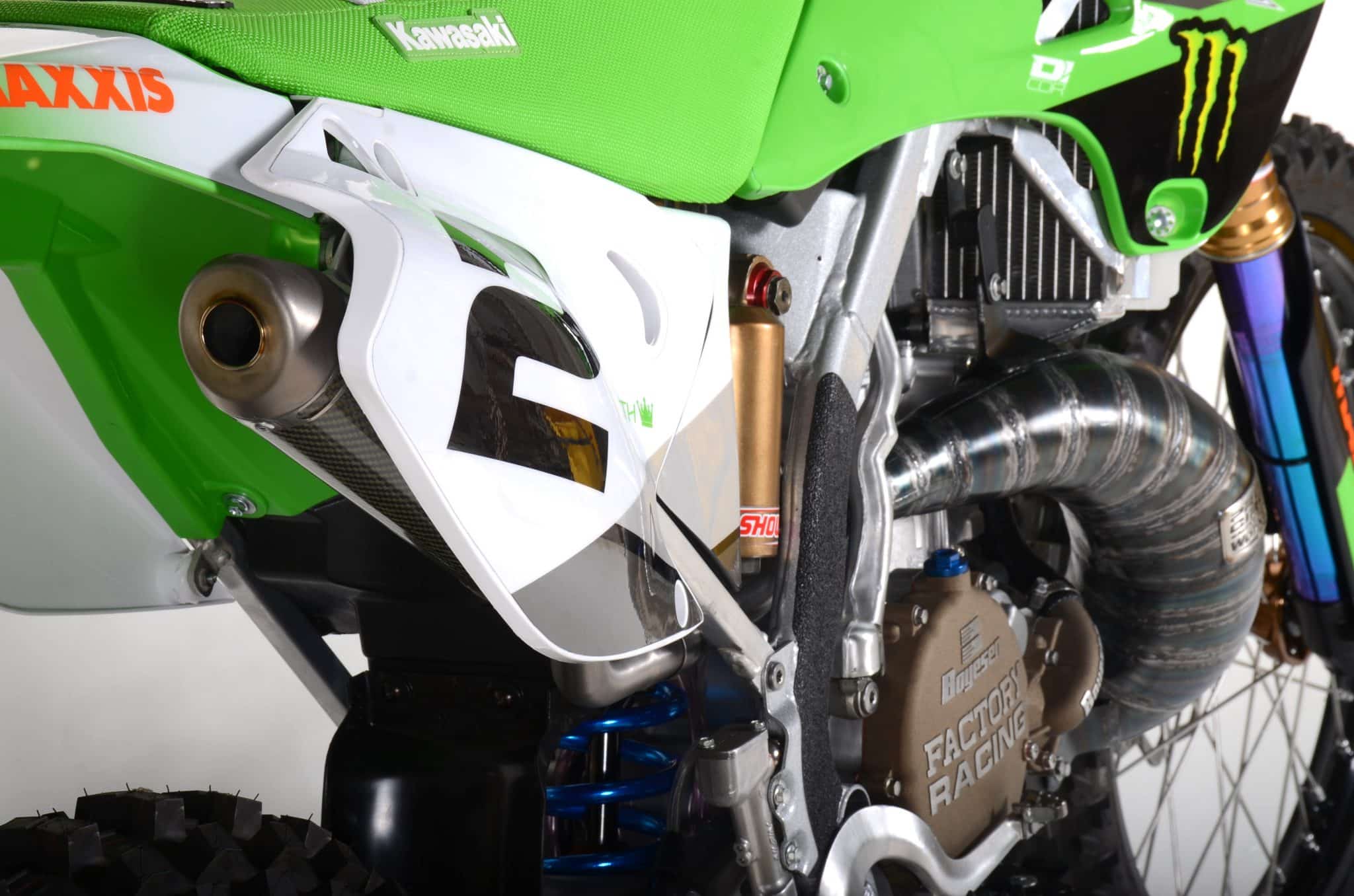 We can stare at this Pro Circuit one-off exhaust system all day long! 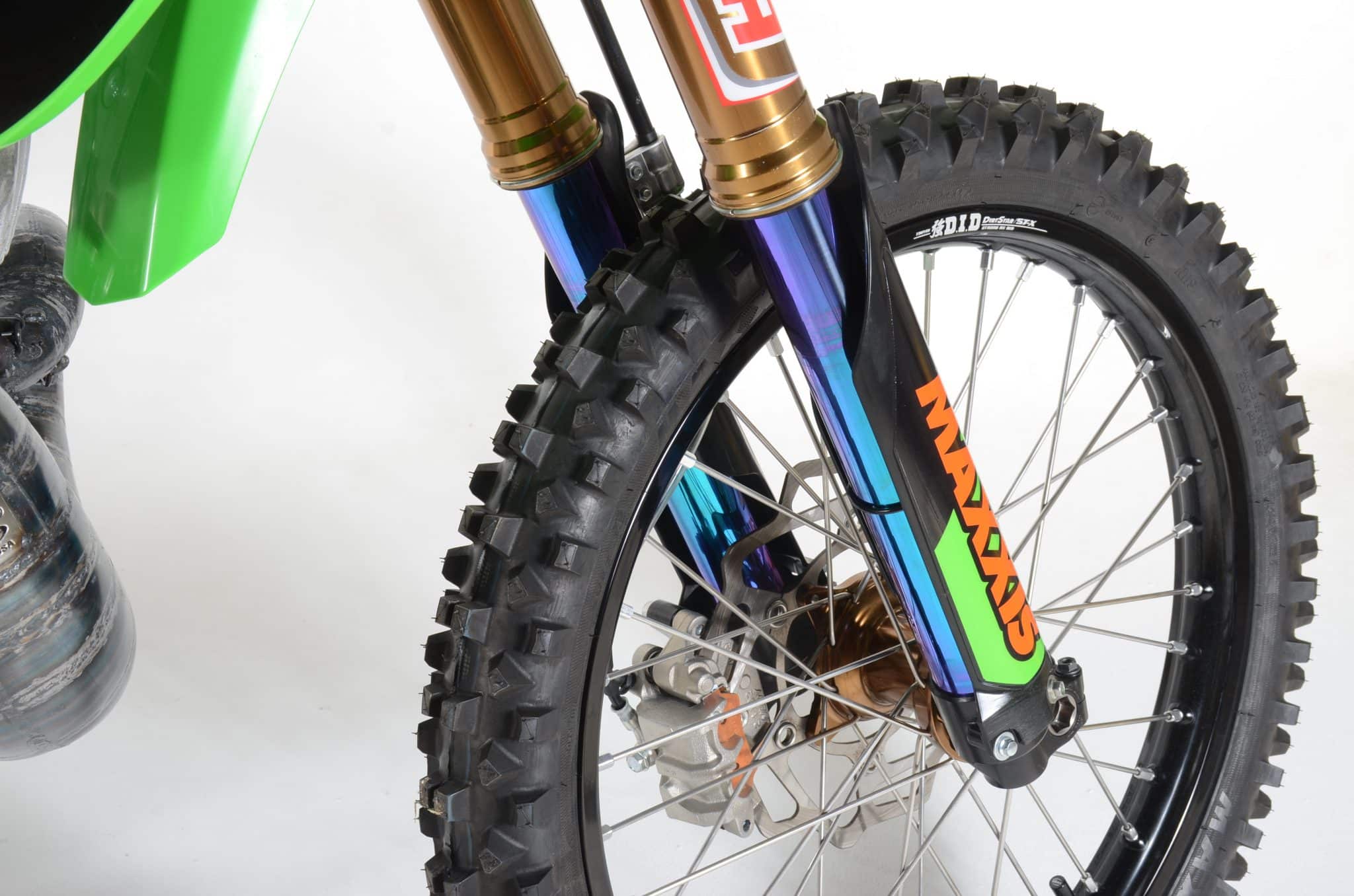 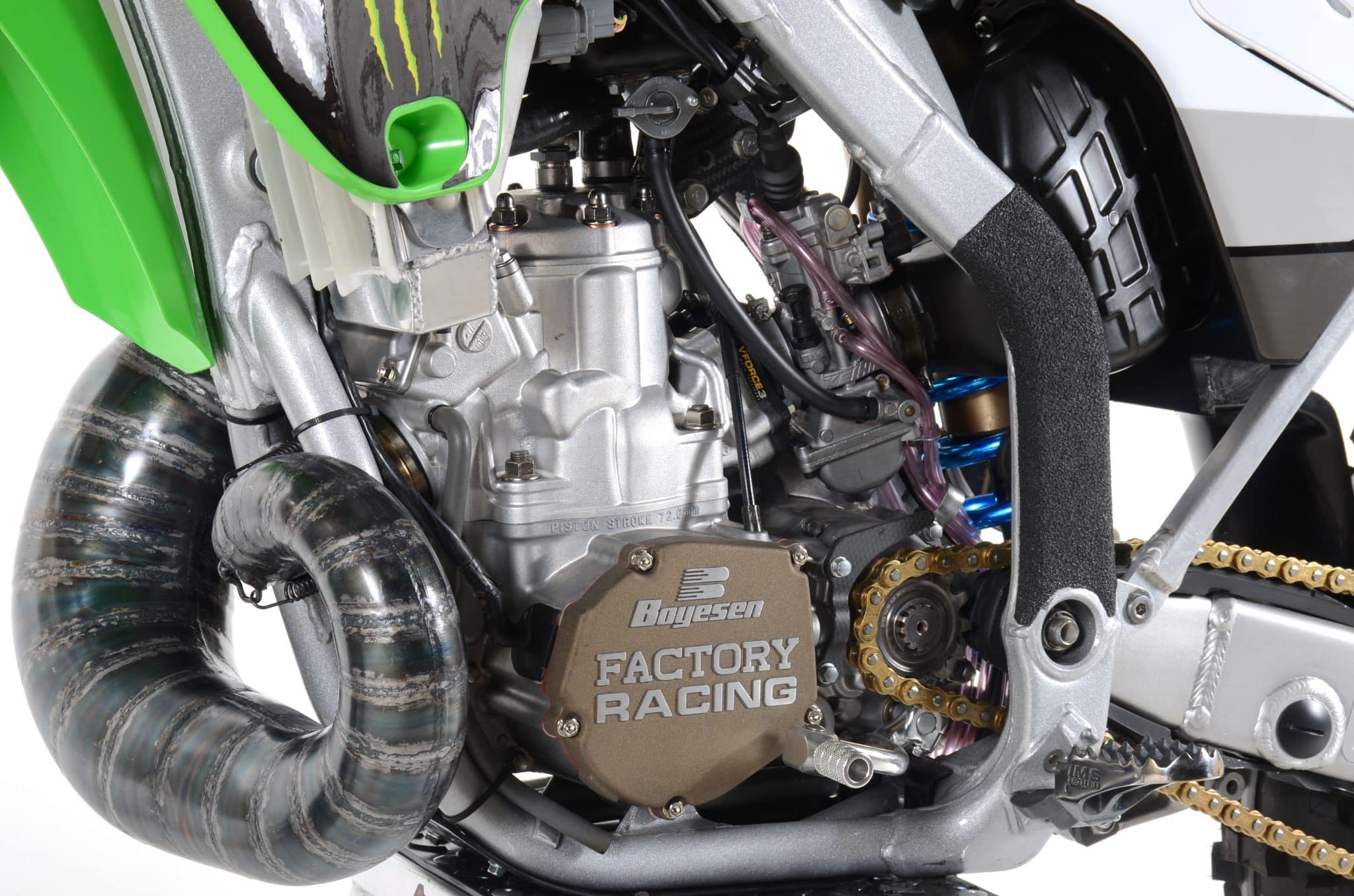 The engine was completely rebuilt right before the bike was purchased by McGrath. You can see products from Boyesen, Lightspeed and Mototassinari were also used on this build. 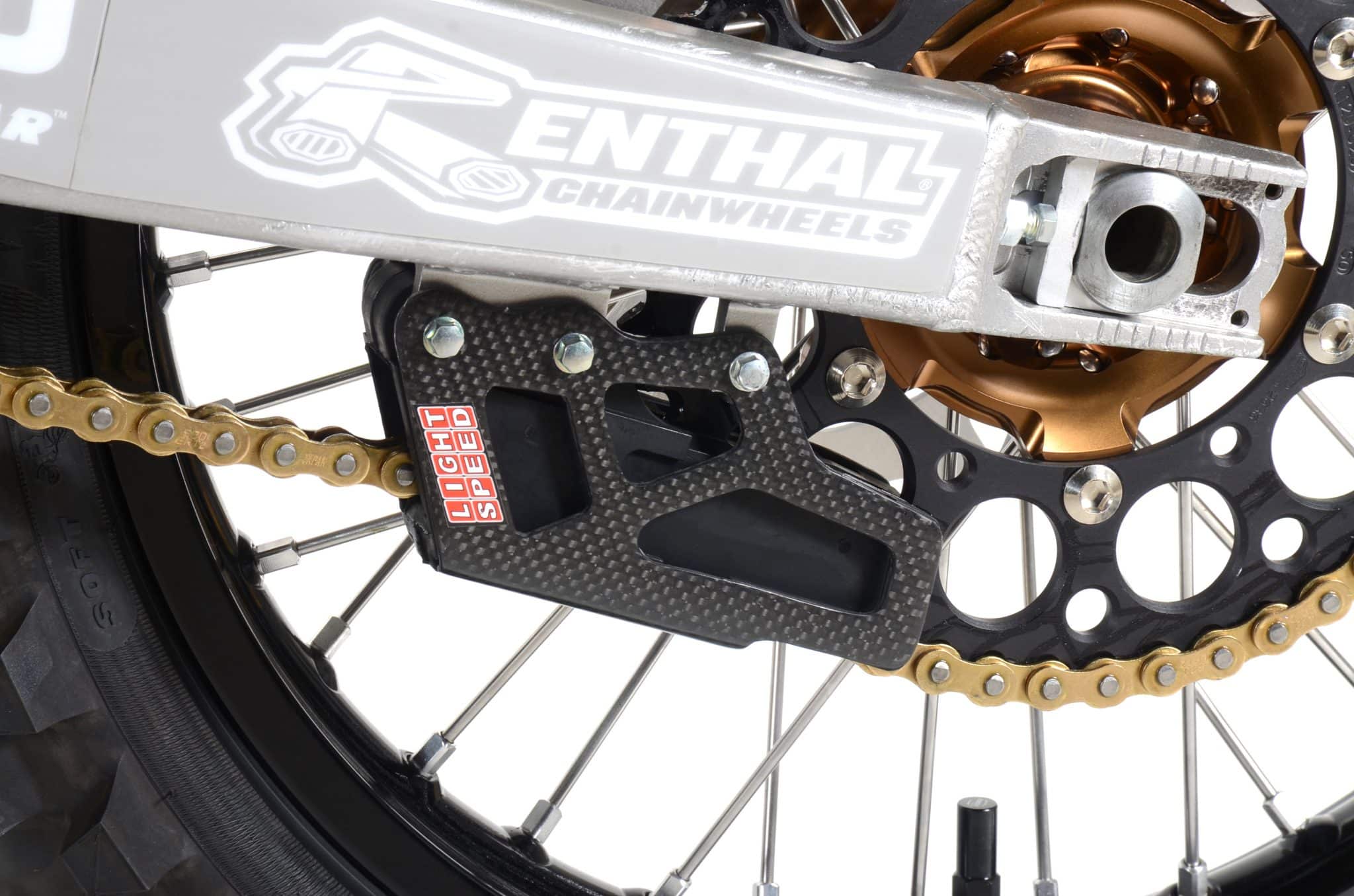 Lightspeed carbon fiber products have been around and been standard issue on factory bikes since the  late ’90s. 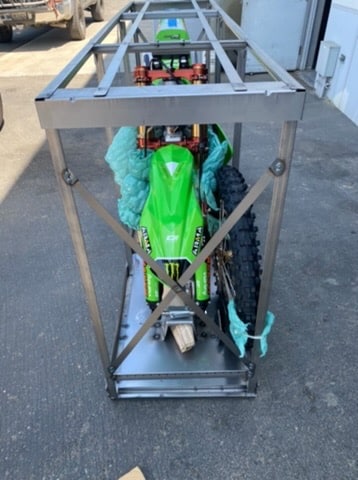 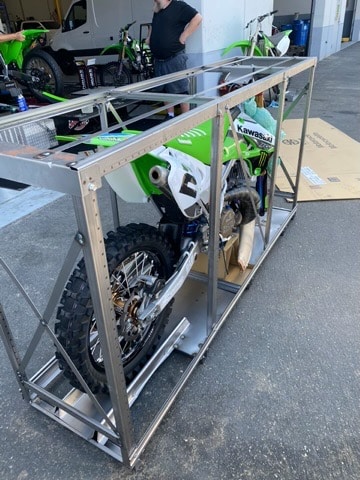 Thanks to the crew at Pro Circuit the KX250 is now on its way to Italy. 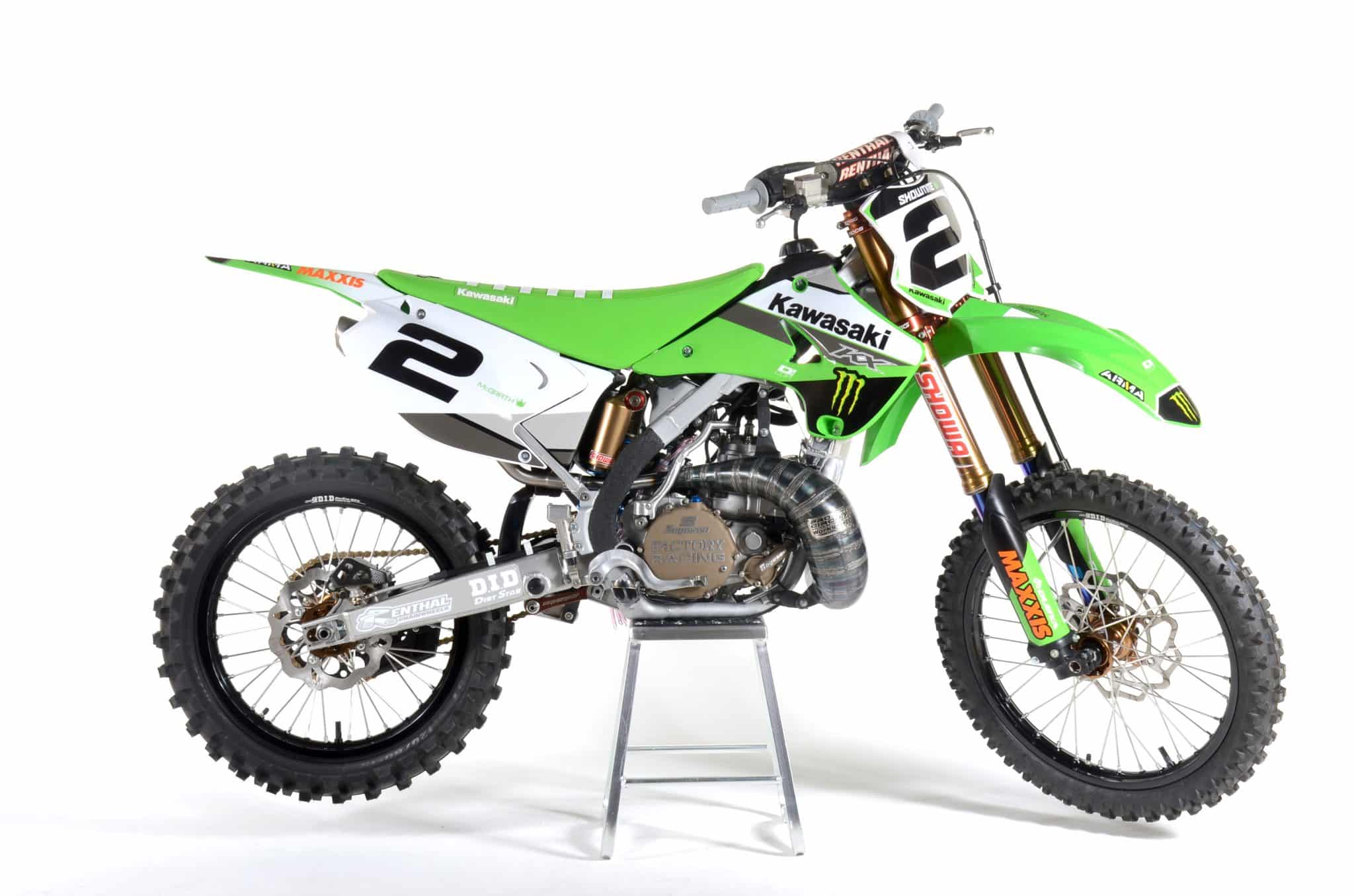 Look for a complete story on this machine in an upcoming printed issue of the magazine.

If you are a fan of Supercross and motocross and over the age of 25, you might remember watching Jeremy McGrath in the late ’90s and 2000 aboard his Chaparral Motorsports-supported Yamaha YZ250 dominating SX main events across the country. This team made history as the first non-factory team in the sport to win a premier-class Supercross championship. We just assumed that McGrath had at least one of these championship-winning Yamahas in his collection. After all, he has memorabilia from just about every era of his career. However, we were shocked to find out this was not the case. 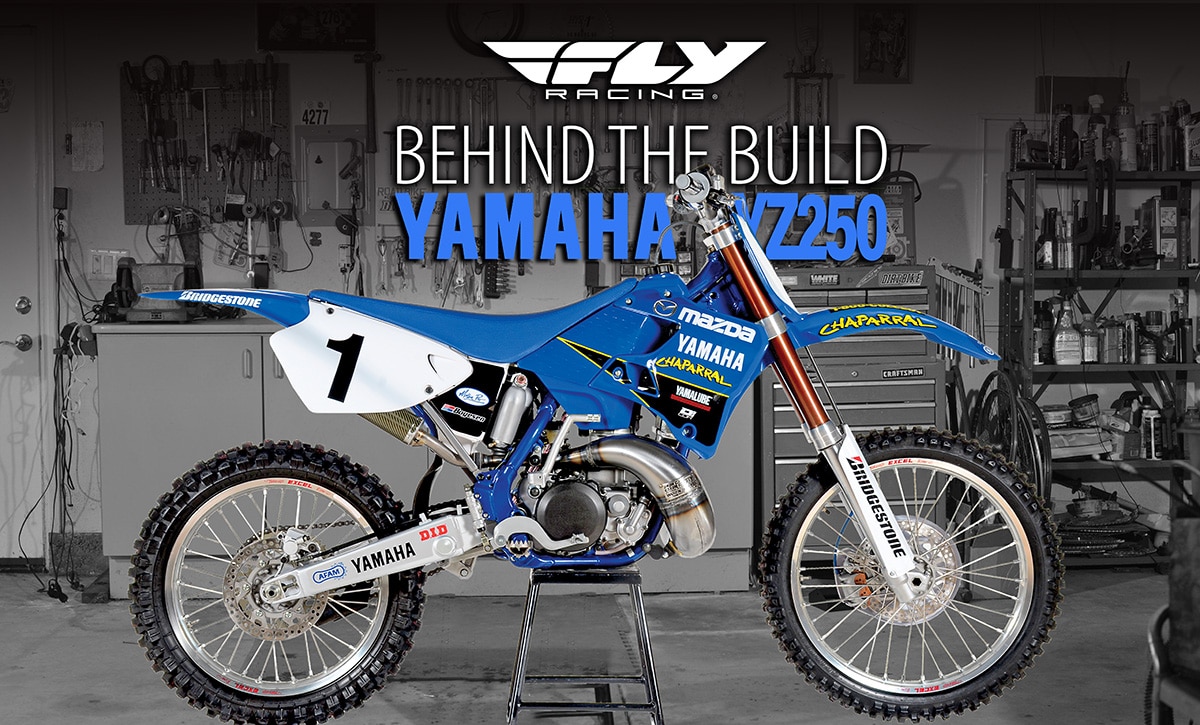