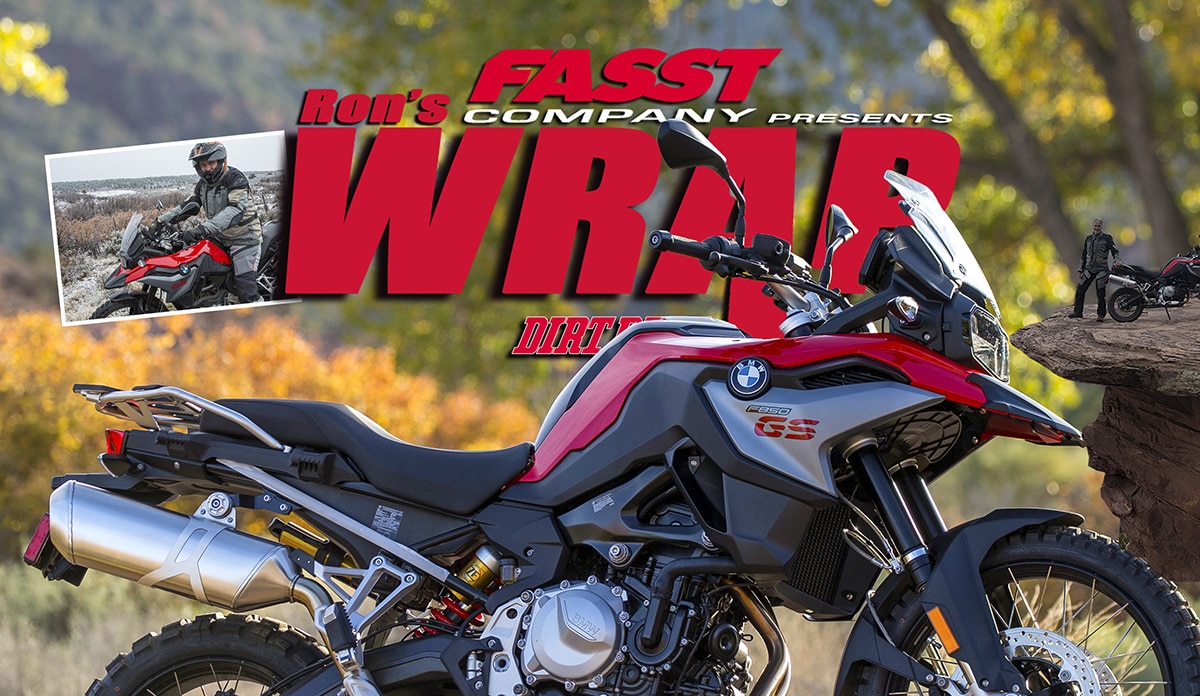 This week was all about the new BMW F750GS and F850GS. Last Sunday, I flew to Grand Junction, Colorado then I spent three days riding the two bikes in the mountains around Gateway and Moab. Then I rode the 850 back to Southern California. I put in well over 1000 miles on the two bikes in a very short period of time.

It might be confusing, but both the 750 and the 850 have the same displacement of 853cc. This is a practice that BMW started in Europe, where driver’s licenses are restricted according to horsepower. There, you can buy a bike with a digital restrictor programmed into the bike’s CPU. Then, when you pass the requirements for an upgraded license, you can have the bike upgraded, too. Presumably, a dealer will ask to see some documentation before they do the deed. Previously, BMW offered an F700GS and an F800GS in the U.S. even  though they both displaced 798cc. The company further separated the two with features like suspension and seat height. The 700 was less expensive and lower to the ground than the 800.

Now both of those bikes have been replaced by all-new machines. Virtually nothing is the same aside from the concept of offering two variations of the same bike; one aimed at less experienced  or smaller riders (the F750GS) and the other aimed at veteran riders (F850GS). The two bikes have identical motors aside from cams and programming. They are liquid-cooled DOHC vertical twins with 90-degree offset crank pins. They have six-speed gearboxes, chain drive, and anti-hop clutches. Like the 700/800, the new bikes have motors that are manufactured to BMW’s specification in mainland China. The 750 has a horsepower rating of 77, while the 850 is rated at 90 horsepower. The 750’s base price is $10,395, while the price for the 850 is $13,195. Don’t expect to find base models in U.S. dealers, though. The bikes are usually imported with premium packages that push up the price $2000 or $3000.

The new BMWs are nothing like the ones they replace. They are both very compact, slim motorcycles. The fuel tank is up front, rather than under the seat. That makes the bike very narrow in the seat and below. The 750 is said to have a seat height of 32.1”, and beyond that, the seat is so narrow your legs drop straight down without using up valuable inseam. The 850 is almost two inches taller, mostly because of increased suspension travel (8.0” front, 8.6” rear, as opposed to the 750’s 5.9”/6.9”). The 850 also has a beefier Sachs fork (43mm vs. 41mm). The premium package for both bikes has electronic suspension control for the rear but not the front.

I rode the 750 first and the motor seemed far more fun than the previous generation.  It’s much snappier and most of all, it sounds better. The offset crankpin gives the bike more of a growl. The biggest difference, though, is the physical size of the bike. By adventure-bike standards, it seems tiny. There’s nothing else this size on the market. The Kawasaki Versys 300, the BMW G310GS and even the Honda CB500X are smaller, and this is the only bike that really fills the gap all the way up to the big monsters of the class. The bike was actually a little cramped for me. I’m about 6’1”, and I wanted more space in the legs.

I spent much more time on the F850GS and loved the bike. The extra suspension travel and a little more seat made all the difference, although I still might opt for one of the optional taller seats. The BMW is still a very compact bike. That’s one of the things that makes it so much fun in the dirt. Of all the adventure bikes that BMW has ever made, this one has the best off-road handling. BMW’s official statement might place the R1200GSA at the top of that list, but any advantage the big guy has in power is more than countered by the 850’s agility. I’ve noticed that with most adventure bikes, the more time you spend in the dirt, the more they “normalize.” In other words, you eventually forget you’re on a 500-pounder. On the 850, this whole process is accelerated.

In terms of power, the 850 is a big step up from the 750. You never really want any more power. You couldn’t say that about the old 800. A few years ago we did a one-one-one comparison between the F800GS and a Triumph Tiger 800. We liked the BMW’s as a package, but there was  no question that it was outgunned by the Triumph. The Tiger was a rocket! The new 850 probably tips the balance of power once more. It isn’t that far off a Honda CRF1000L Africa Twin. 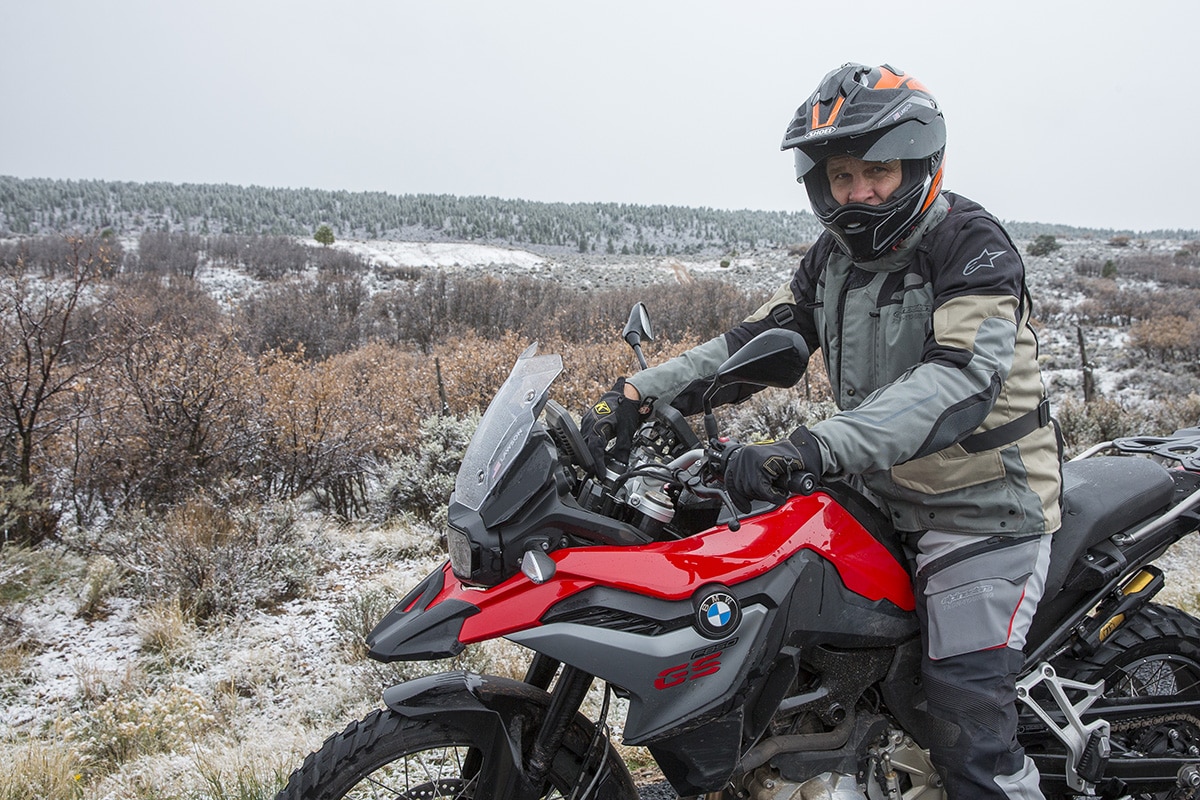 Like all modern adventure bikes, the real technology is in the electronic portfolio. The new bikes have varying levels for throttle response, antilock brakes, traction control and (in the premium package) rear suspension. You can alter all at once by selecting between four all-encompassing ride modes: Rain, Road, Dynamic or Enduro. On the 850, you can plug in a dongle that gives you Enduro Pro. That turns off traction control and ABS completely. There’s much more to talk about here, but I’ll save that for another time. Keep your eyes open for more on the BMW F750GS and F850GS in next week’s Adventure Bike Spotlight.

After four days on the BMW 750 and 850, I learned to love the heated grips most of all. They come on the premium package.