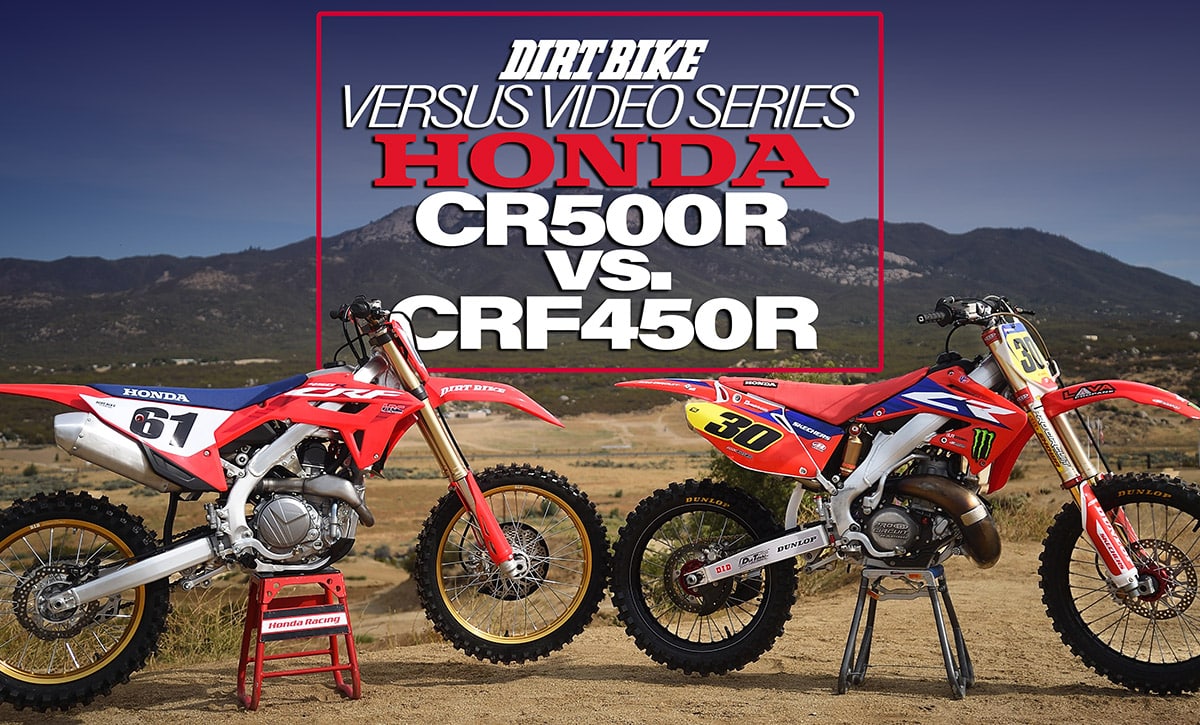 It’s been a while since we entertained the notion of comparing a modern 450 four-stroke with a classic CR500 two-stroke, but the topic is still as fascinating as ever. Twenty years ago, there was nothing as fierce as a 500cc two-stroke. It’s widely believed that they made so much power that no one could ride them and that was their downfall. Today, we have 450 four-strokes that make similar peak power on the dyno. Does that mean the modern 450  is nearing the end of its run as well? Join us as we compare a 2023 Honda CRF450R with a Pro-Circuit CR500R in a CR250R aluminum frame that was built for pro racing over 10 years ago.

MR. KNOW-IT-ALL: LUBE HER UP