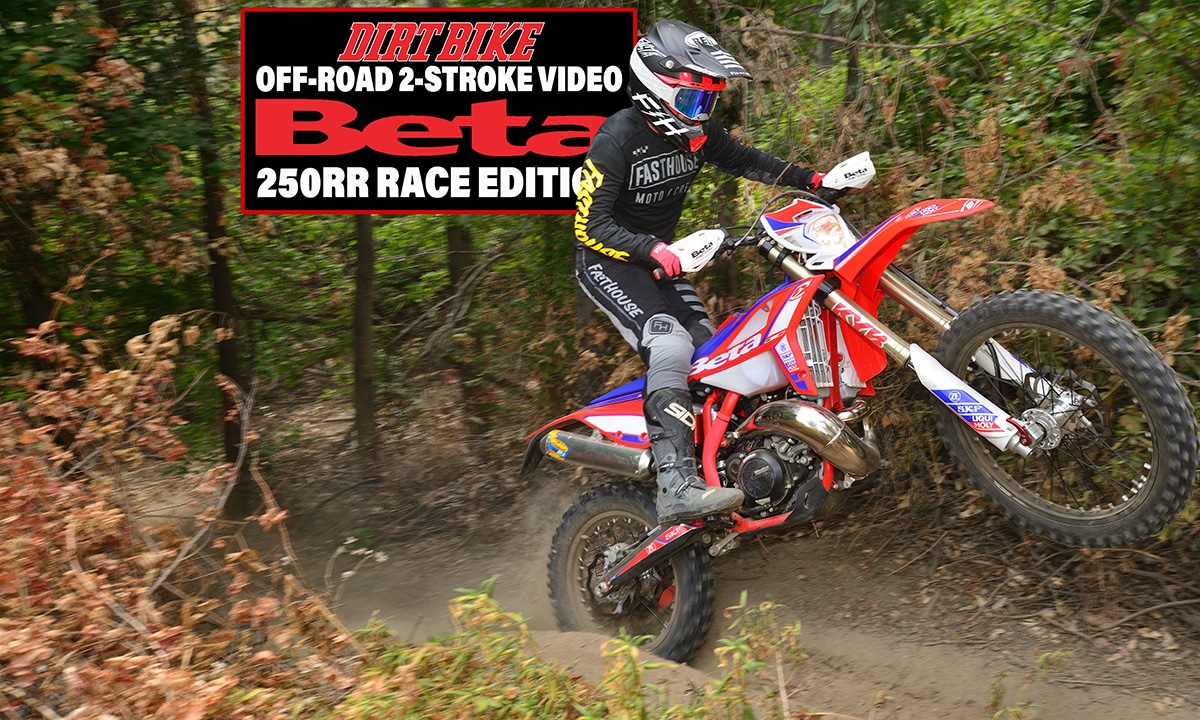 The Beta 250RR Race Edition was released after Beta’s standard editions and is more of a bike for the purist. It doesn’t have oil injection and there are a number of upgrades, including the closed cartridge KYB fork. Join the Dirt Bike staff as we put the two-stroke through its paces on our first day of testing..