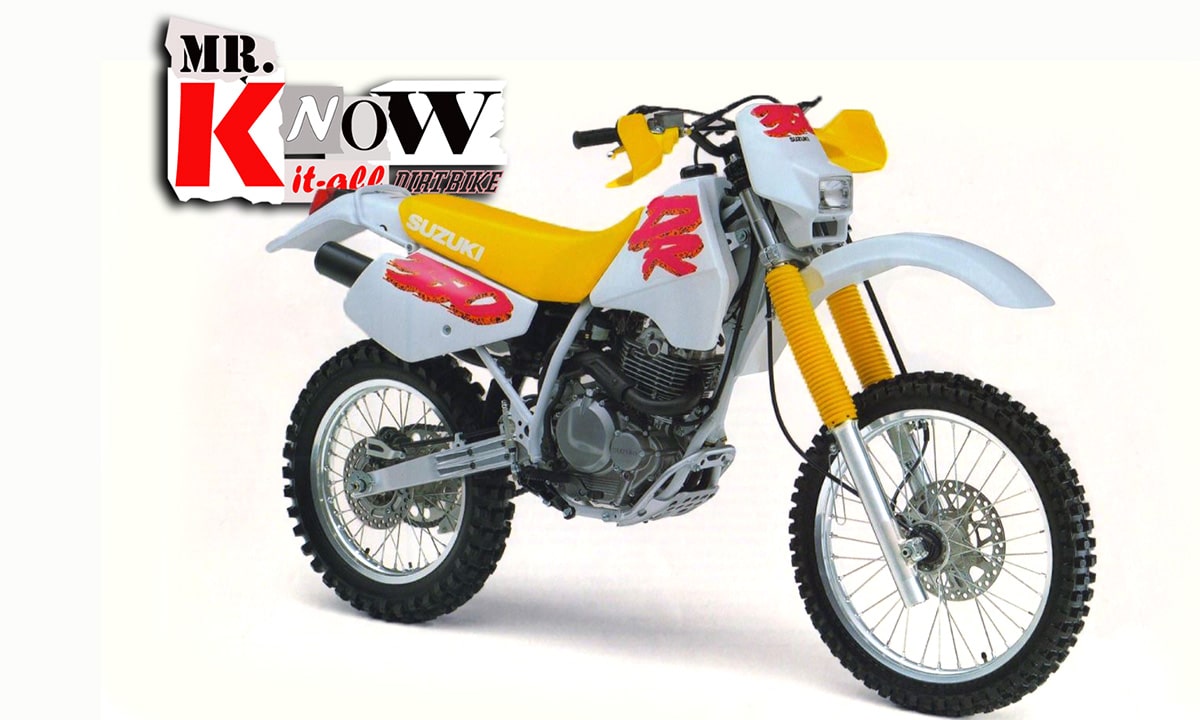 RANDOMLY BIZARRE
Dear Mr. Know-It-All,
Now I am ready for an all-new motorcycle. One I can buy and not fix it. I just want to ride it tuned to me—sag, tire pressure, fork oil, seat grip and handlebars, actual pull on the pipe and off, etc.

I live in the Arizona desert, with two OHV parks near and a sanctioned MX track. Open desert near also for cow trailing at Warp 9, or everybody that is second or third wants to be in front? A dirt biker’s trait.

So, I am tired of kick-starting. 1995 DR 350cc, off-highway version. Bought it new. It is a big breather, all Poweroll (big) stuff inside. Twisted to the max with some reliability left. It is the version that is air/oil-cooled. Carries the oil in the frame up under the gas tank to keep the oil cool or the gas hot? Five miles of deep sand wash uphill on the cam in fifth gear. It’s lovely, but my buddies with water-cooled 450s steam out, and they whine, “Why go this way back to the truck?” Of course, they know the answer. They have been punishing me on the trails. Those KTMs are tough. John and Jeff Penton must feel something happened, somewhere.

What would you recommend? I do all my own work, so it will not see the dealer unless something breaks off. I stay mostly in the desert, sand washes and fire roads.

“Super Hunky” was my neighbor before he kicked off. He used to come over and try to get my 490 Maicos from me, play bikes (never leave the sight of the truck).

What ever happened to the Bean Canyon Bunch off Backus Road in Mojave? We took the Europeans out there in 1967. They said they liked Saddleback Park better. Twin-pipe CZs. 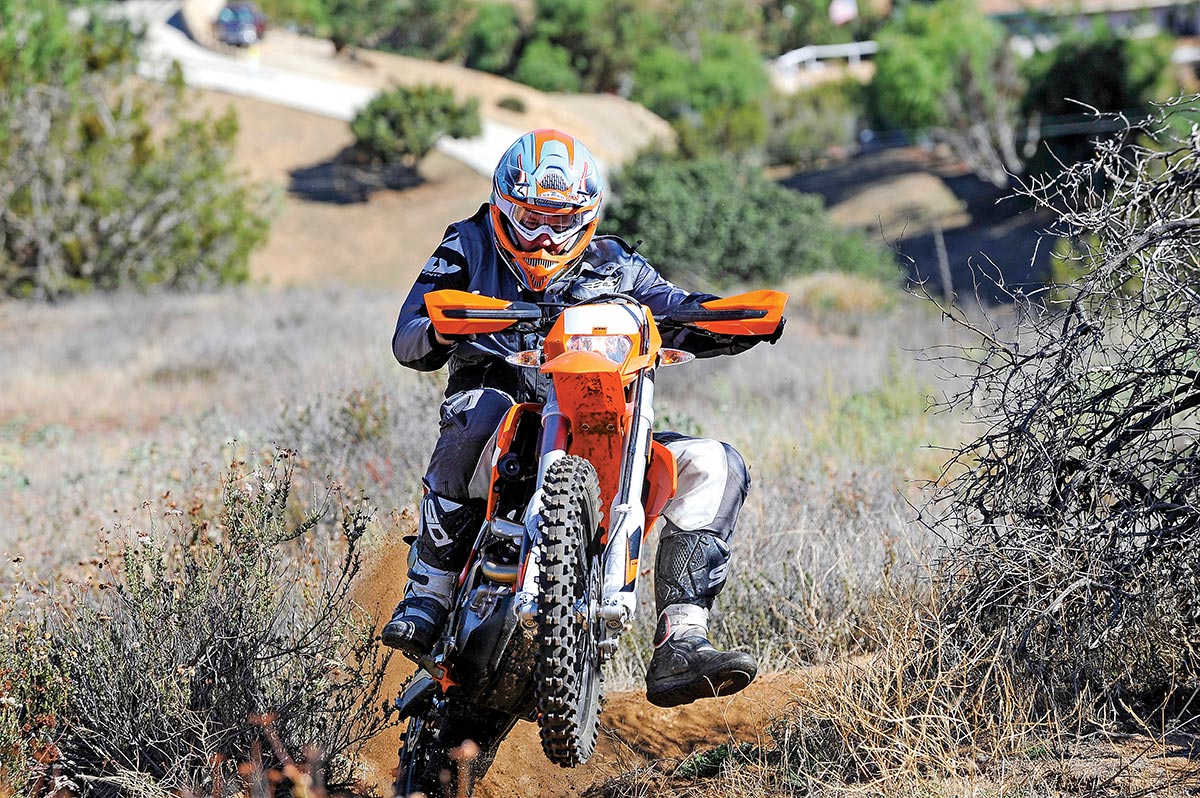 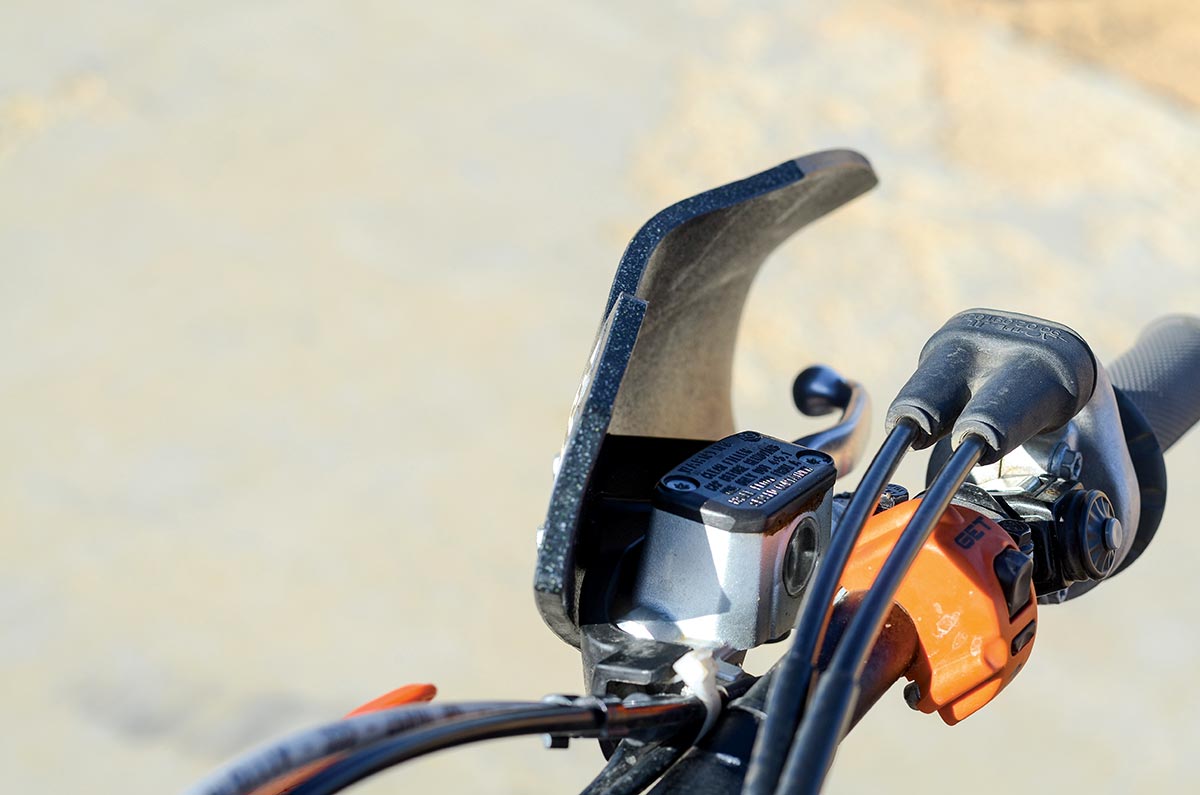 Wow, this was quite a note, Mr. Baker. There are chunks of verbiage that required some “Know-It-All” editing to figure out your letter’s goal. I’m certain that you’re not a pup and have been an enthusiast for over 50 years. In order, here’s my advice: