2-17-19 Union, SC  Round 1 of the SRT-AMA East Hare Scrambles Series hosted by Mid East Racing had high attendance despite the less-than-stellar weather conditions. Above average temperatures, wind and rain did not affect the professionalism of the Mid East Racing rank and file. In the main event, 14 Pros and 20 AAs lined up on Row 1 and 2 respectively.  The track itself was a mix of grass track, slick, tight woods, abrupt elevation changes and high-speed connectors. What made this event extremely competitive is that many of the GNCC Racers attended as a warm up for the Big Buck season opener the following weekend–which as it turned out, was cancelled.  This was also round one of the AMA East which attracts many racers from the North. When the flag dropped Husqvarna-mounted Trevor Bollinger got a narrow holeshot and he  established a 30-second lead at midway point on lap one. Running in second position was Jonathan Johnson aboard his Kawasaki. A few seconds back was Yamaha’s Ricky Russell. Just outside the top three was Honda’s Austin Lee. Making a surprise attack was  YZ125 Yamaha-mounted Evan Earl. Evan had that 125 screaming and gaining ground. At the mid point, Bollinger continued his first-place momentum. The race was now focused on the top AAs. Local racer Taylor Johnson faced off against the AMA East’s regular Mike Beeler Jr. and NYOA’s Mike Delosa. The three were never out of the top five. Back in the Pro Class, Bollinger  established a  minute-plus lead over second place Russell and third place Lee.  This is how they would finish.  Back in the AAs, on the white flag lap Johnson, who was in the lead, would make a crucial pitting error and run his bike out of gas allowing Beeler who had pitted, to make the pass. Johnson did get refueled but would have to settle for second place. Delosa would settle for fourth behind Josh Lee who made a dramatic push from 11th place to third. 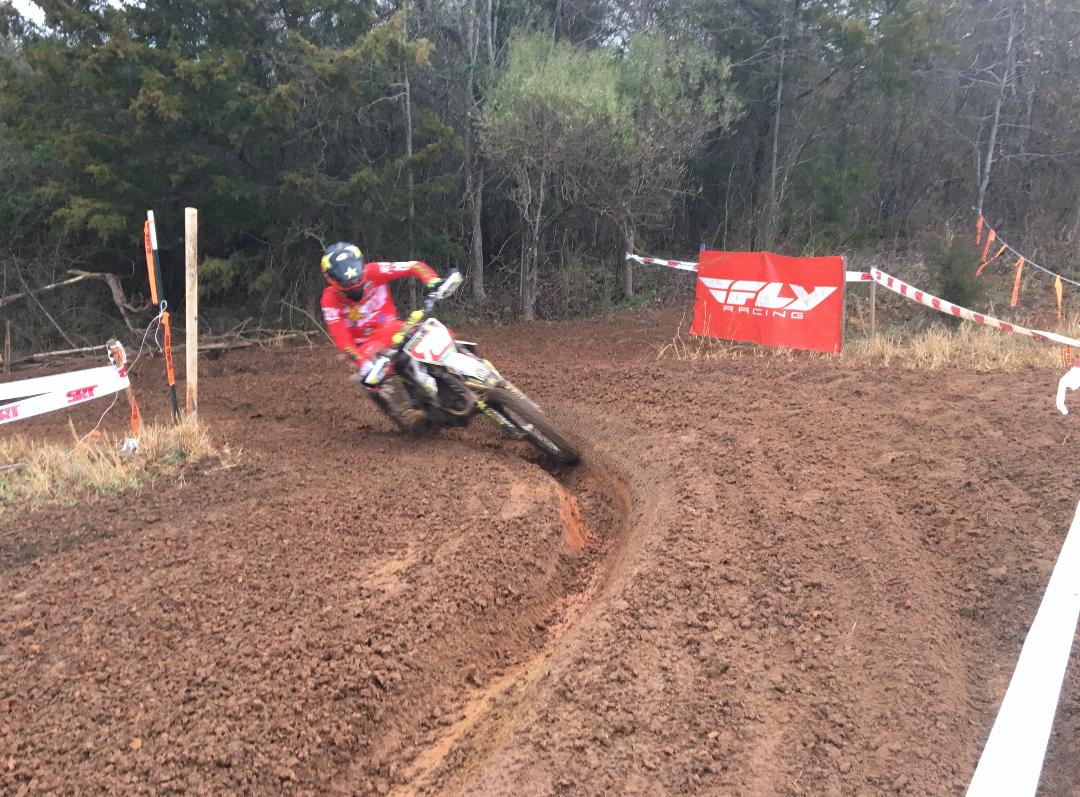 In the Morning Event it was the Women’s A/B that would steal the show. They netted 1st and 2nd Overall. Becca Sheets would take the lead on lap 1 but Tricker was right behind her. At no time were they ever more then a few seconds apart. This was the battle. Tricker would take over the lead on lap 2 and hold it for the 1:45 minute event. Sheets would settle for 2nd back less then 30 seconds. Rounding out the podium was A Super Senior David James. Top C racer in the morning adult event would be Canon Kudeff who just finished winning the Youth event.

In the Youth Event there was no shortage of technical terrain. They would run a similar course as the Morning Adult Race. The 7 mile technical trail would test ability and endurance. Several water holes and deep ruts were present on the 1st lap. You really had to scan ahead for the best lines. It was no surprise that 14-16 Super Mini racer and local favorite Canon Kuneff would take the early lead and just hammer down to the finish. This kid always rides in control but does it very fast. Watch for him in the near future. He later took the top C position in the Morning adult race.