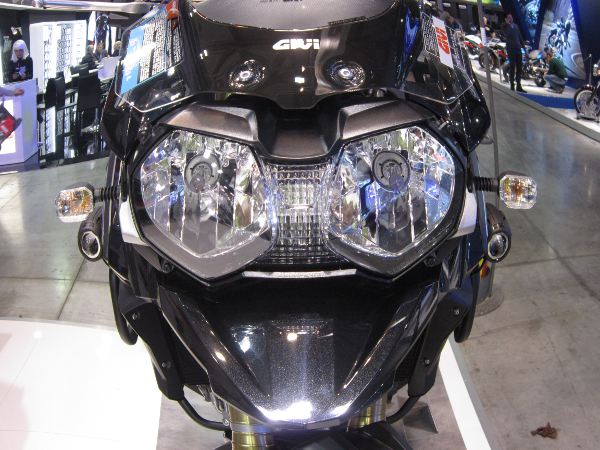 For the past few years that I’ve been attending the EICMA (Espozione International Del Motociclo) show in Milano, Italy I have noticed a marked drop in motocross specific products and accessories and ever increasing bump in off-road gear. If there was one thing I learned while attending the 70th annual running of the show this year it is that indeed, the world of adventure riding has officially surpassed motocross in terms of what products are displayed and may even be rivaling the street bike and road race scene that Italians have historically been mad about.
While there were dozens upon dozens of booths, both big and small, that used beaten up adventure bikes as the main display in their booths, there was one that stood out as among the rest – Touratech. This German company was founded way back in 1990, long before the current boom in the adventure specific market was realized. And despite the nice sized booth that was well acquainted with some beautifully outfitted bikes, there was one telling piece of evidence that best proved the company’s growth in the last two decades – their catalog. The first catalog was printed in 1995 and was a skimpy 12 pages. Seven years later the catalog had grown into a phone book* sized 468 pages and in multiple languages.  As for the 2012 catalog? It’s a whopping 1650 pages! Best of all, TouraTech will send it to you free.

Just to give you a sense of what you might find inside, here’s a quick tour of the Touratech booth.