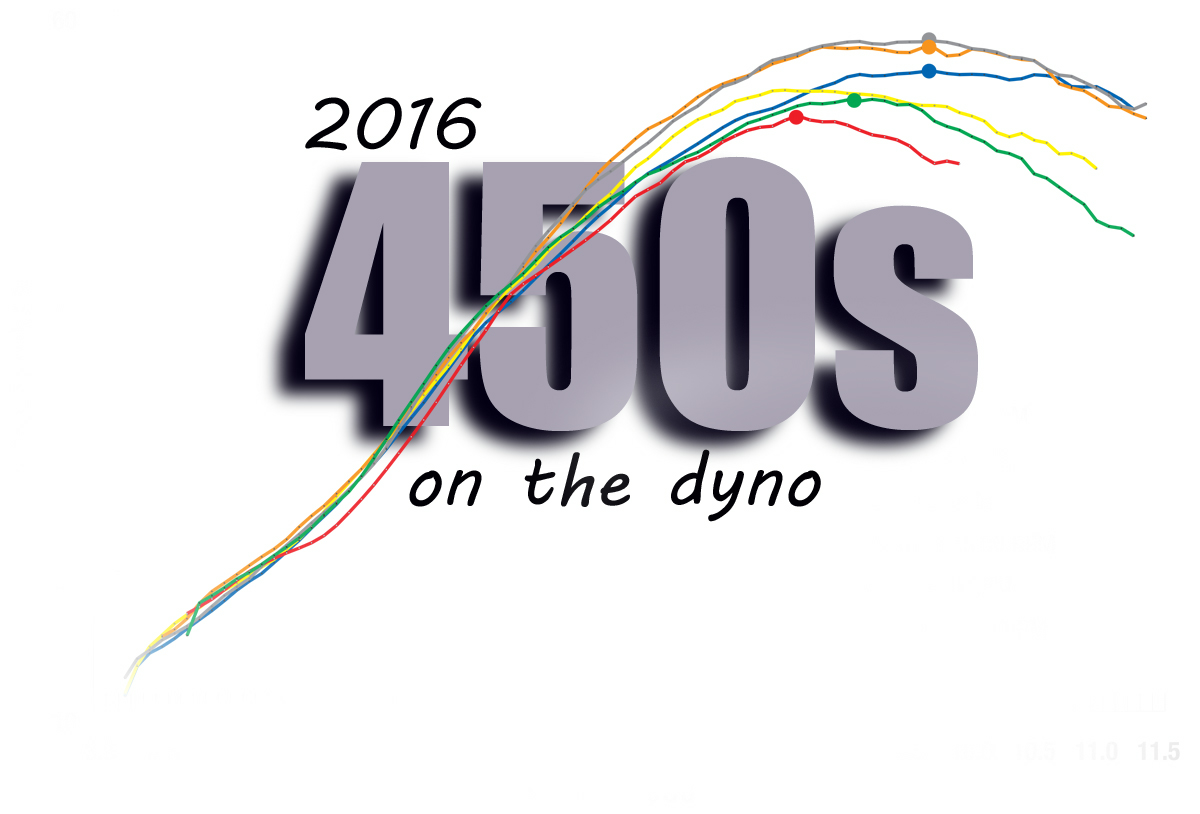 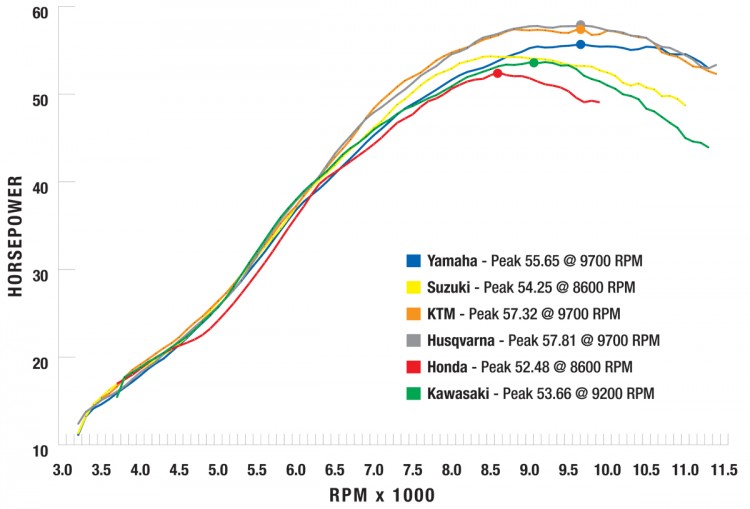 The January print issue of Dirt Bike will be on the newsstand soon, but here’s a little slice of the 2016 450 MX shootout that it contains. The six contenders were pitted against each other on the FMF Dynojet Dyno and we came up with some very interesting results. The best peak power number is a virtual toss up between the KTM and the Husky. That’s not surprising because they share the same motor. The most significant real difference is the muffler. That one change gave the KTM more power in most areas on the chart, with the exception of the absolute peak. Last year’s horsepower champ was the Yamaha YZ450F, and it’s still a mauler, but the KTM  and Husky have a significant advantage this year. The new Kawasaki has the most bottom end, and that’s even more noticeable on the track. Check out the January issue for more.