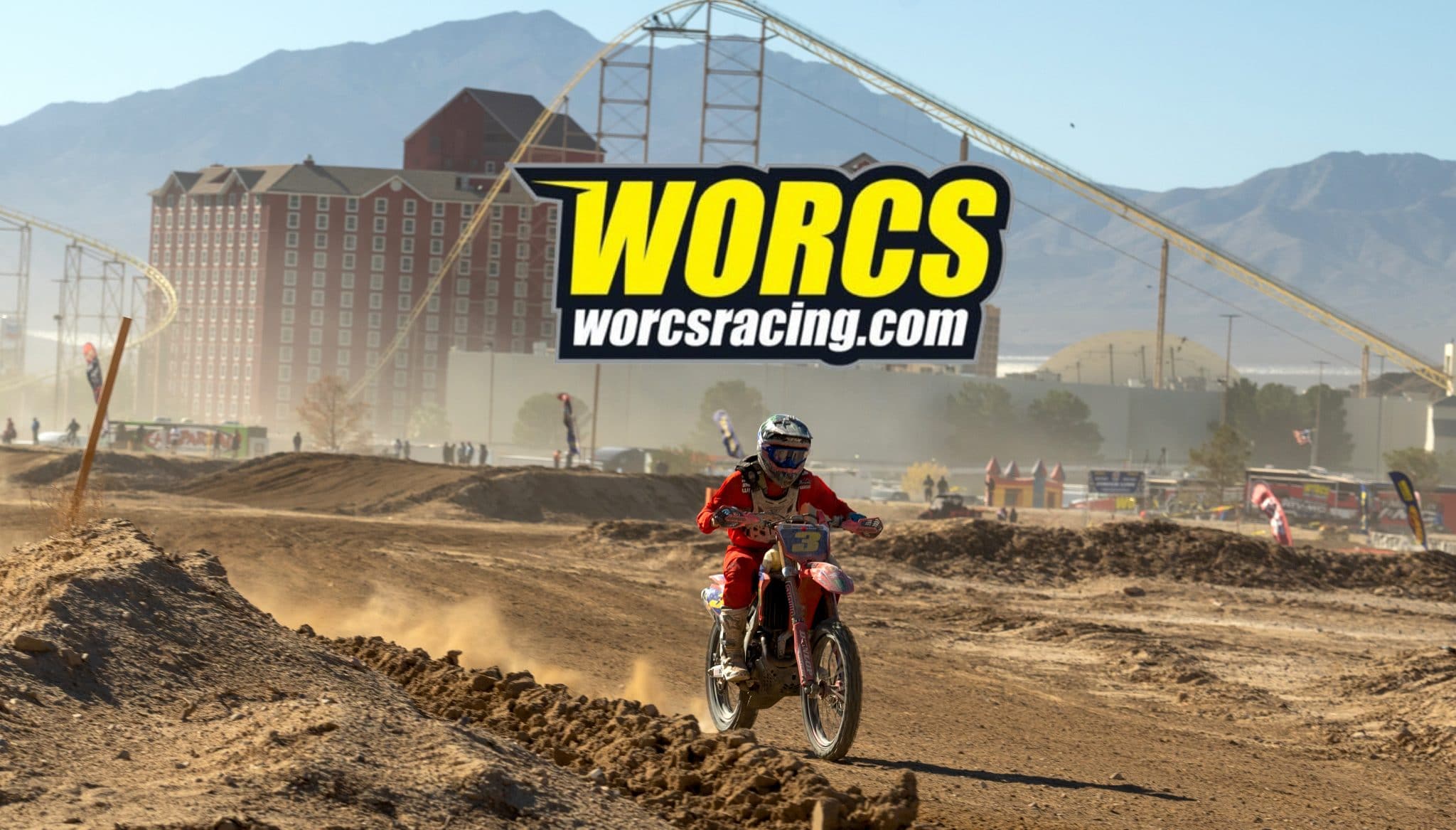 In the premier 450 Pro class, factory FMF KTM teammates Dante Oliveira and Taylor Robert came into the weekend tied for first in the championship standings and the teammates didn’t disappoint as they delivered an exciting battle down to the wire. Both riders had a mishap off the start and finding themselves buried in the pack, they put their heads down and charged into podium contention early on. By lap two, Oliveira had made his way into second, with Robert close in tow, but he went down on the K Rail section, which allowed Robert to get by on lap three. They continued to swap back and forth as they moved into the lead and that’s when Oliveira made his way back out front. He opened up a small gap and continued to extend his lead going into the final stretch but a hard-charging SLR Honda mounted Cole Martinez got by with two laps to go and Oliveira brought it home safely for second overall, which was enough to clinch the title over the third-place finisher of Robert.

SLR Honda’s Tallon Lafountaine was able to win the final round in Primm Nevada and the 2021 250 Pro championship. Fly Racing backed, KTM mounted Brandy Richard has blown our mind all year long with her speed, she is flat out FAST ! With a win at the final round she capped off a perfect season in the women’s Pro division while also securing a Pro-Am championship. 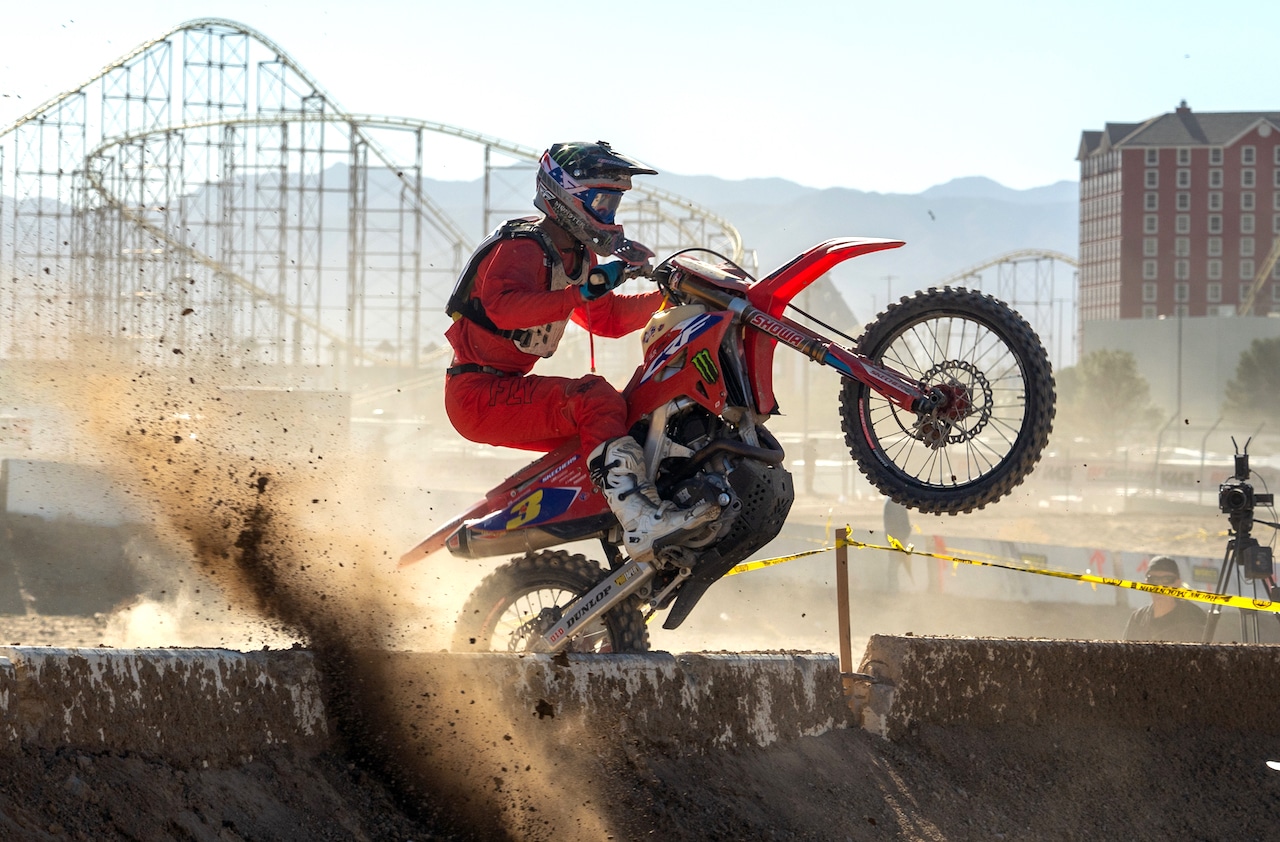 SLR Honda’s Cole Martinez has been solid on his machine the last half of the season and is looking forward to carrying this momentum into the 2022 WORCS season. 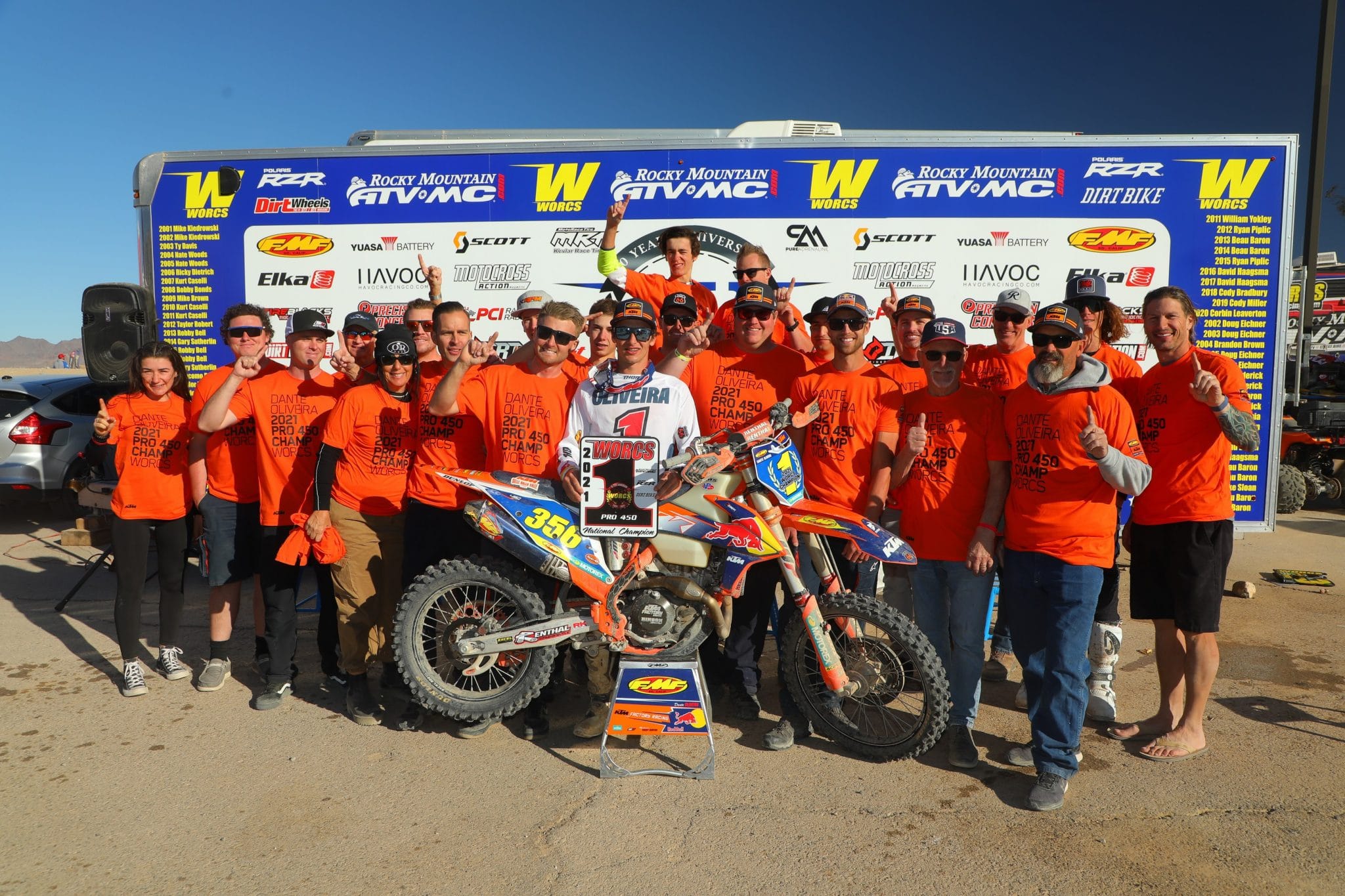 Dante Oliveira said this about his race:
“I am so stoked to win my first WORCS Championship! The race was awesome. I got a bad start and I just put my head down and stayed clam. There was a pileup on the K Rails off the start, so I made a couple moves there to get to fourth and Taylor and I immediately started battling. We went at it for the first hour and half, it was sick! I can’t thank everyone enough for helping me get here!”
Pro 450 (MC) Results – Round 10
1. Cole Martinez, HON
2. Dante Oliveira, KTM
3. Taylor Robert, KTM
Pro 450 (MC) Standings – After Round 10 of 10
1. Dante Oliveira, 228 points
2. Taylor Robert, 226
3. Cole Martinez, 194 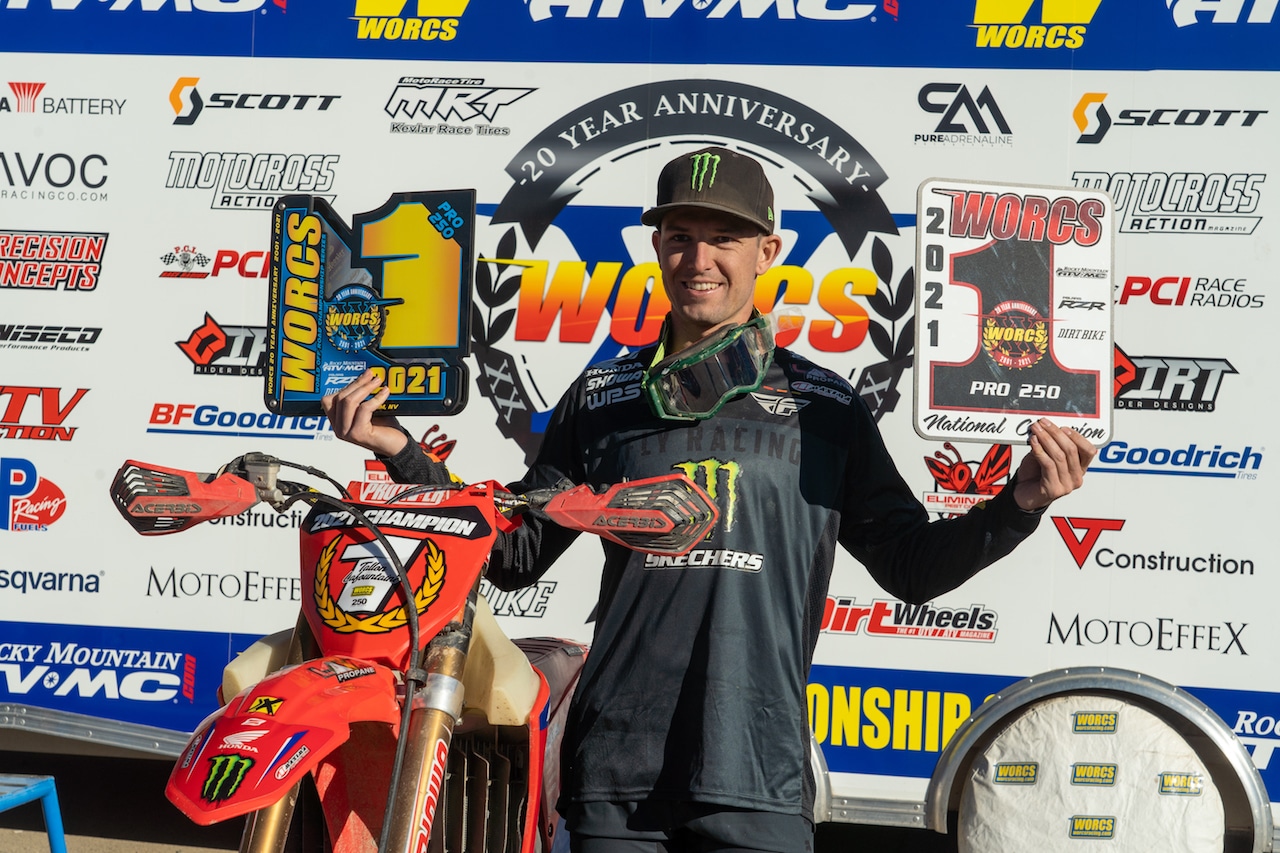 SLR Honda’s Tallon Lafountaine not only won the final round of racing aboard his CRF250R but he also rapped up his second major 250 Pro championship of the 2021 season. The only question now is will Lafountaine stay in the 250 to defend his title of will he move into the 450 Pro division in 2022. 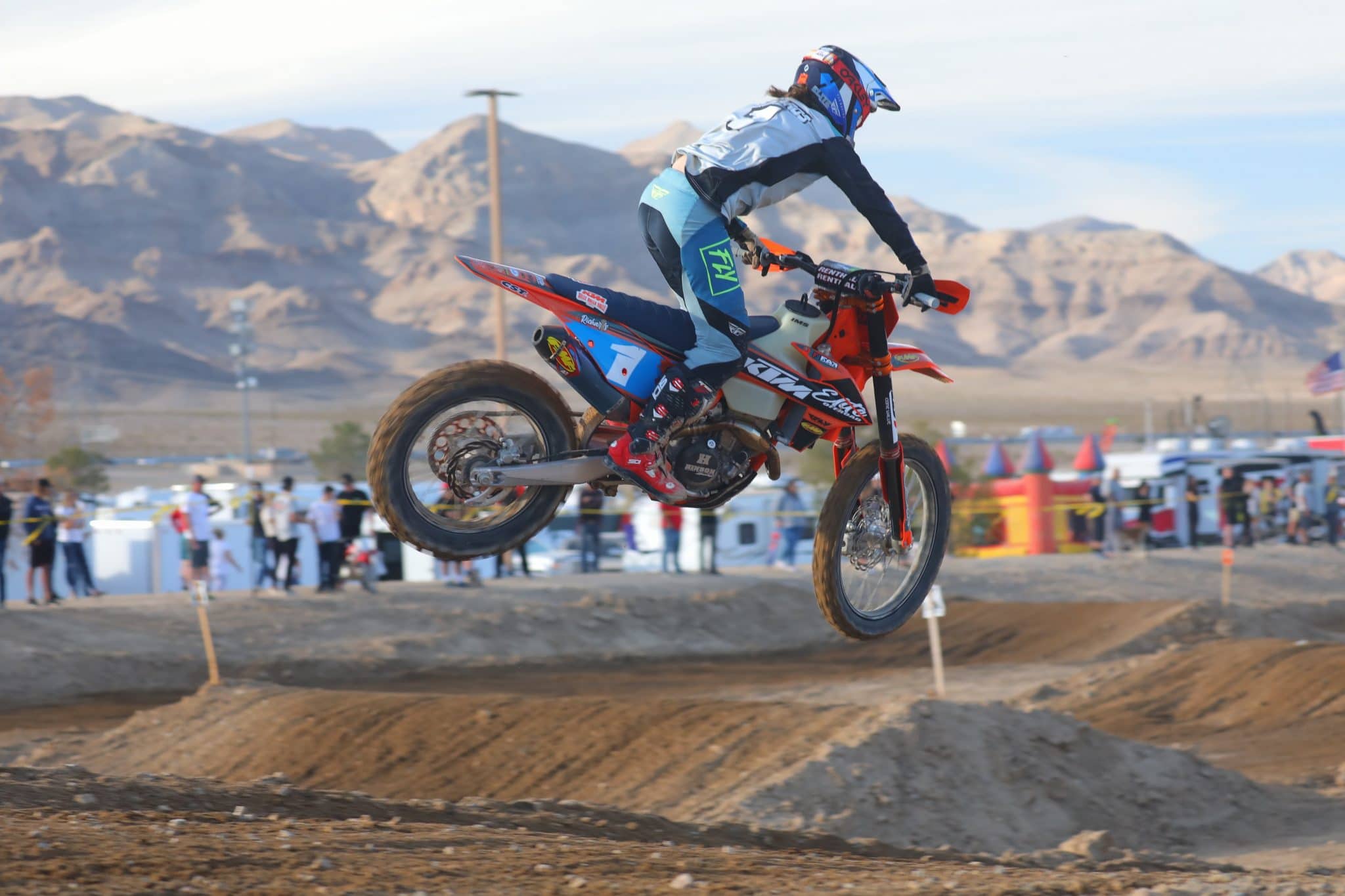 KTM mounted Brandy Richards was impressive all season long, not only sweeping the Women’s Pro class with an undefeated season but also making her presence known as the top A rider in the series with the Pro Am Championship title.