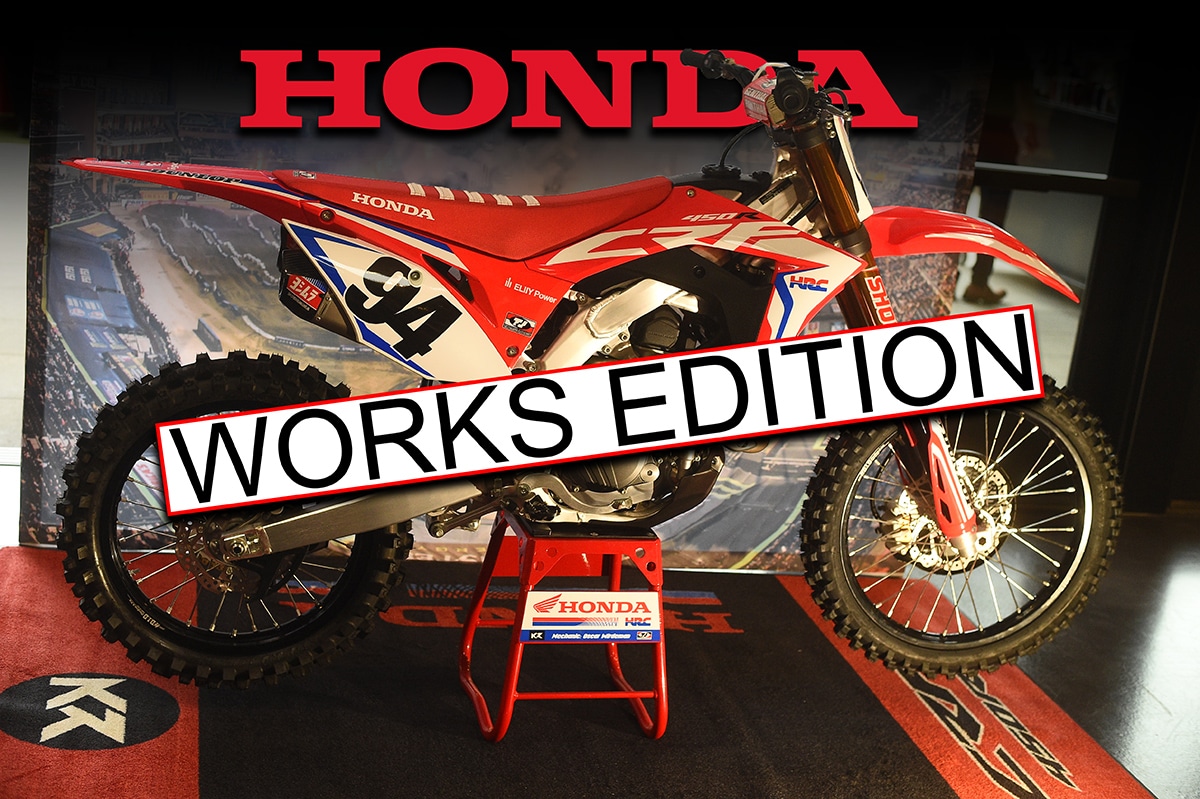 When the 2019 CRF450RWE “Works Edition” was announced, it marked a change in attitude from Honda. The Japanese manufacturer might well be the largest maker of two-wheel vehicles in the world, producing more than 17 million units a year, but the enthusiasts within the company didn’t like being upstaged by KTM. The Works Edition is an answer to the KTM 450SX-F Factory Edition. That bike might might not rock the world in numbers, but it clearly turned heads and generation brand interest. The Honda has premium suspension, a Yoshimura exhaust and hand-done head work. The price is $11,499, or $2200 more than the standard CRF450R. Jason Abbott from Honda takes us through the bike’s features moments after it was unveiled in this Travis Fant video production.