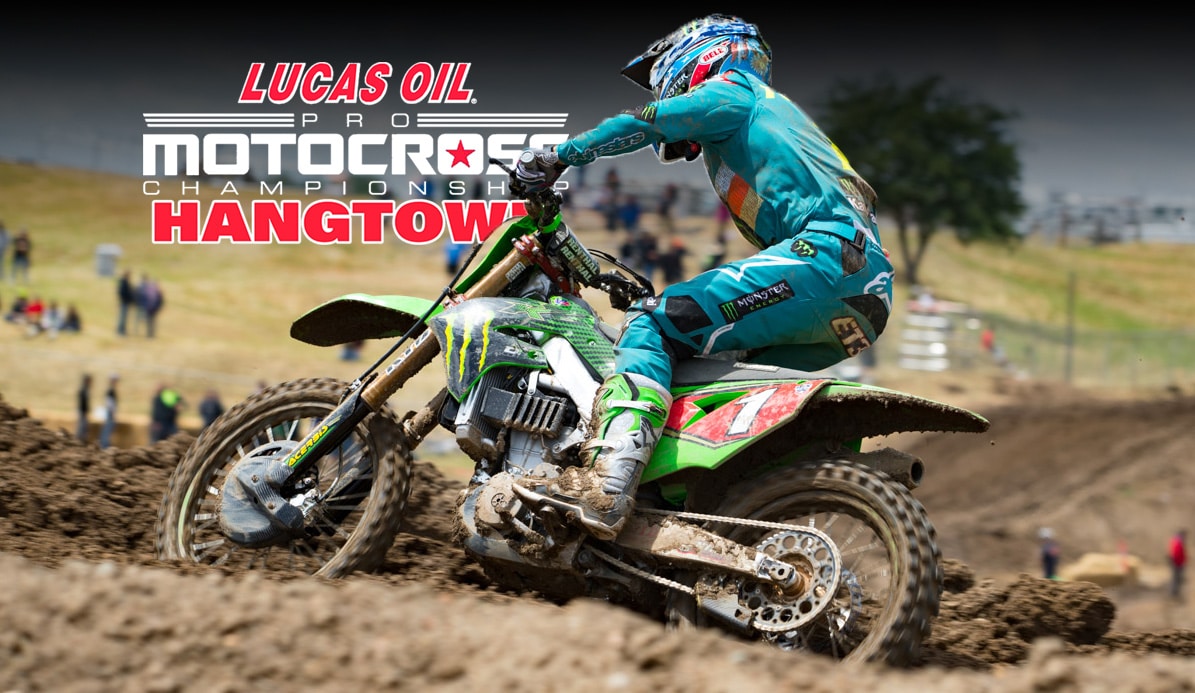 Tomac is the odds-on favorite coming into the 2019 Lucas Oil Pro Motocross Championship, but there are plenty of riders lining up this weekend who are ready to take away that number one spot. Press day for the Hangtown National was delayed with rainfall, but the riders took to the track on Friday to show what they had in store for the first National. Brandon Krause was on hand to catch some of the action.  For extended coverage of Hangtown 2019, click here

Cooper Webb will be one to watch, rolling into Sacramento the with momentum from his 2019 Monster Energy Supercross Championship.

Ken Roczen is starting off the season in a much better place than last year. That, and his past two premier class motocross championships, there is no doubt he should be a front runner in 2019.

Marvin Musquin, who finished the last two seasons as the runner-up is bound to be hungry for a championship of his own. The rookie, Zach Osborne, is coming into the 2019 motocross season ready to go after missing much of the 2019 Supercross season due to injury. He finished out the year with some great finishes and his first heat race win, so he’ll be carrying that momentum into Sacramento.

Another competitive member of the 450 class is Blake Baggett, who had a really solid run in 2017 and was even able to run the red plate during that season.

Other noteworthy competitors include Dean Ferris, who is filling in for an injured Aaron Plessinger, and Justin Bogle, who grabbed himself a moto win at Thunder Valley back in 2017.

With Aaron Plessinger moving out of the 250 class for 2019 and Jeremy Martin still on the mend from his devastating back injury suffered in the 2018 season, there are currently no defending 250 class National Motocross champions lining up on Saturday. So, who is next in line? Alex Martin will definitely be one to watch as he’s come up just short a few times now of claiming his first 250 class championship.

Dylan Ferrandis, one of the few MXGP transplants with a 250 West Supercross championship now under his belt will be trying to keep the ball rolling into outdoors and add another championship to his year.

Chase Sexton is in the same position, winning his first 250 East Coast Supercross championship just two weeks ago in Las Vegas. He should be carrying some speed coming into Hangtown as well.

We saw RJ Hampshire finish out the 2019 Supercross season very well, grabbing a second at the series finale. RJ is no stranger to victory, either, with his dominant 1-1 finish at the MXGP of USA in Florida two years ago.

Adam Cianciarulo came so close to grabbing that elusive 250 Supercross title that he’s been after for a few years now. After losing the championship that was finally in his grasps and after missing last motocross season due to injury, Adam will surely be ready to go one hundred percent come Saturday.

Another one of those former MXGP riders is Hunter Lawrence, who has had great success in Europe in the MX2 class.

We see Thomas Covington back in the United States after a few great years of racing over on the MXGP circuit. After missing most of the 2019 Supercross season, he is sure to be eager to get back out on track.