1989 SUZUKI RM125 RESTORATION: BEHIND THE BUILD 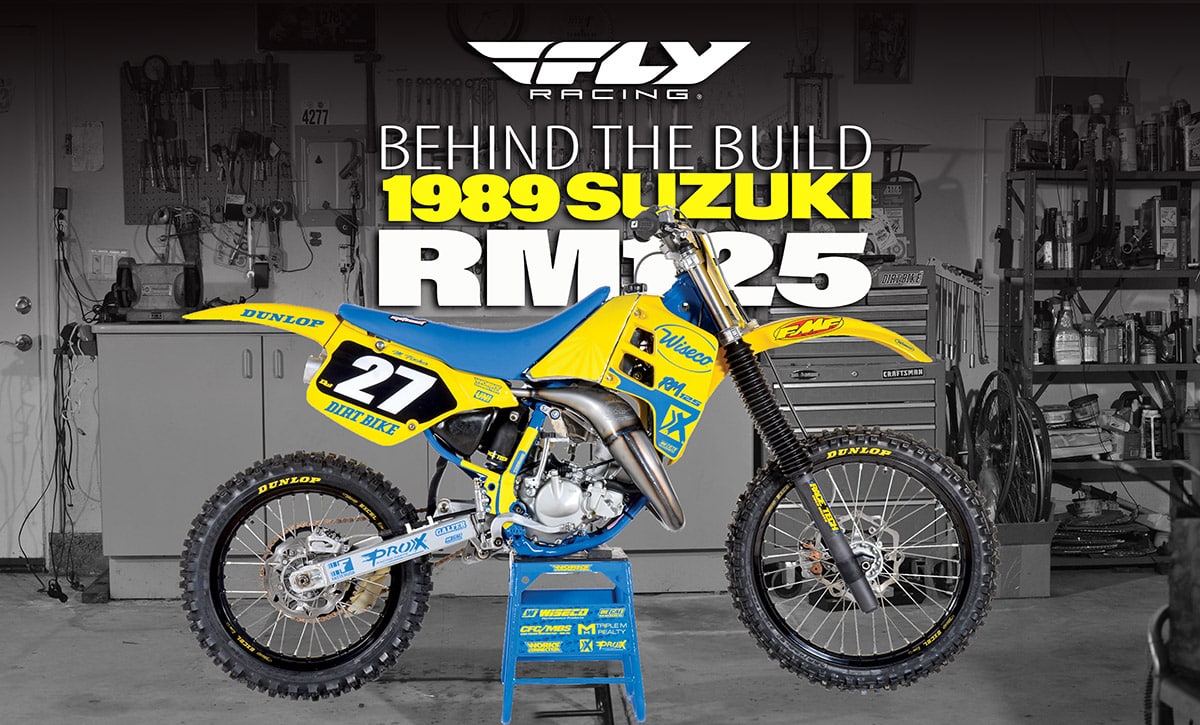 Michael Fischer is a long-time moto racer and enthusiast. Living in Nebraska, he is far away from the moto Mecca of SoCal, but he is always searching different buy/sell/trade sites trying to find a deal on something he can make a project out of. He came across this 1989 Suzuki RM125 and knew that it was going to need some major TLC, but he had no clue just how much work this $250 Facebook Marketplace find was going to be! Michael said this about doing the family connection with this build: “My dad was the one who got me started in moto. I remember all the way back to him letting me try to work on my PW50 in the garage with him. We have done many projects over the years together.” 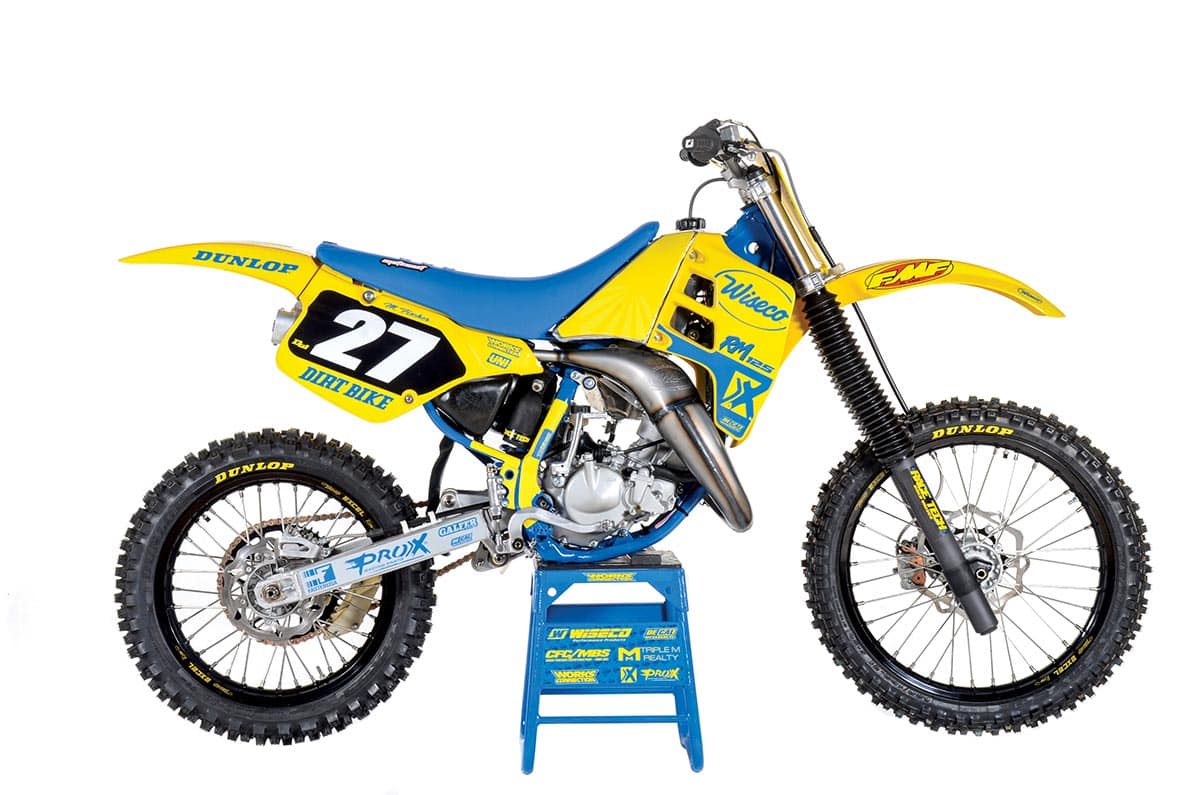 The engine was completely rebuilt internally using parts from Wiseco, ProX and Cometic gaskets. Tom Morgan rebuilt the crank, and Phathead Racing serviced the cylinder, head and power valves. Premier Vapor Blasting made the engine cases look brand new. For the pipe, Fischer really wanted the FMF Factory Fatty look. This would prove to be a project within the project. He searched all over the place, eventually finding a pipe in New York. Only issue was, it had a nickel-plated finish. He worked with a local plating shop to have the plating stripped off. It took about four days in a metal-immersion nickel-stripper bath heated to about 140 degrees. The pipe was then shipped to Premier Vapor Blasting down in Georgia, where Bobby vapor-blasted it, reheated the welds and did a high-temp clear Cerakote. Factory aluminum makes handmade gas tanks, swingarms, airboxes and subframes for the late-’80s/early-’90s RM models.UFO makes complete plastic kits for the late-’80s Suzuki RM125 that include front fender, rear fender, number plates and radiator shrouds, sometimes in multiple color options. Race Tech took care of all the internal and external suspension needs on the RM. The fork lowers and shock body were anodized to give it a cool look, but it also helps with tightening up tolerances on worn-out parts that aren’t available to replace anymore. Faster USA helped rebuild the OEM Suzuki wheels using black Excel Takasago rims and Buchanan spokes. ODI 7/8 Podium handlebar is constructed of 7075 alloy that is available in four different bends, featuring laser-etched graphics, knurled left side for grip adhesion, and black crossbar pad. Works Connection Elite clutch perches feature a CNC-machined, aerospace-grade 6061 T-6 construction with on-the-fly adjustability available in multiple color options and combinations.