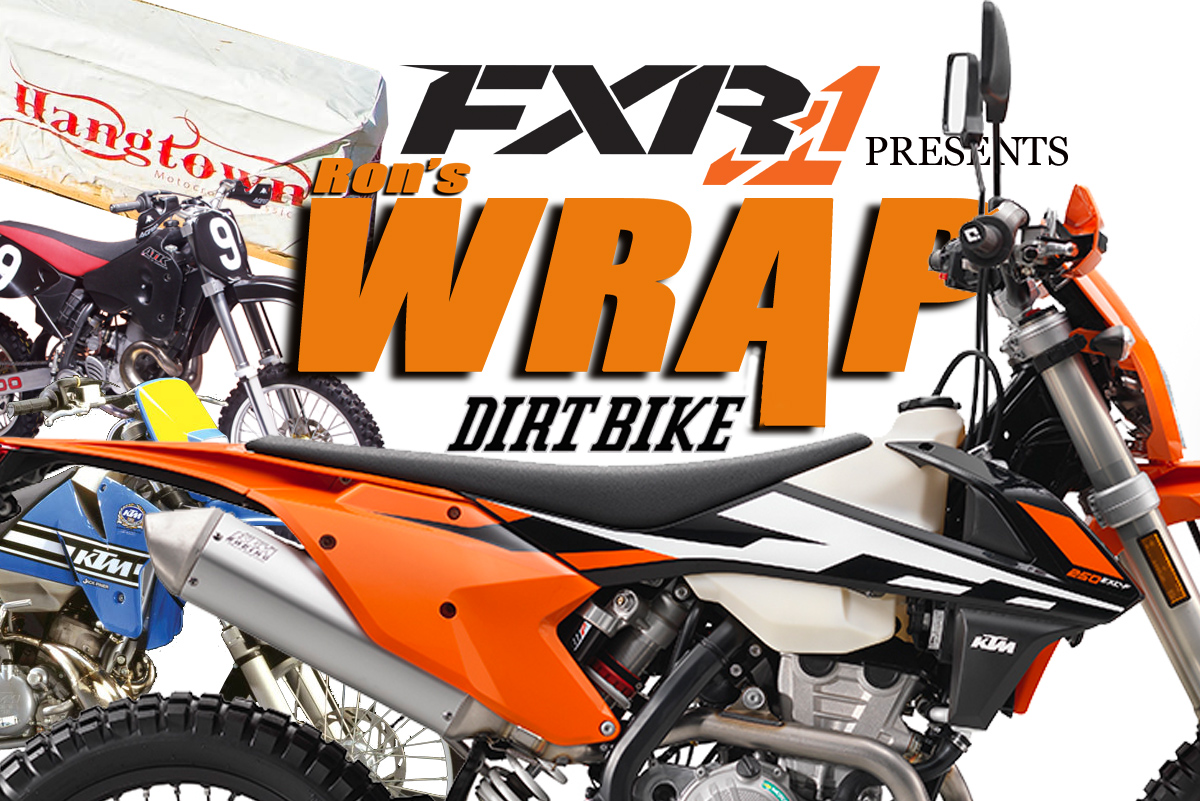 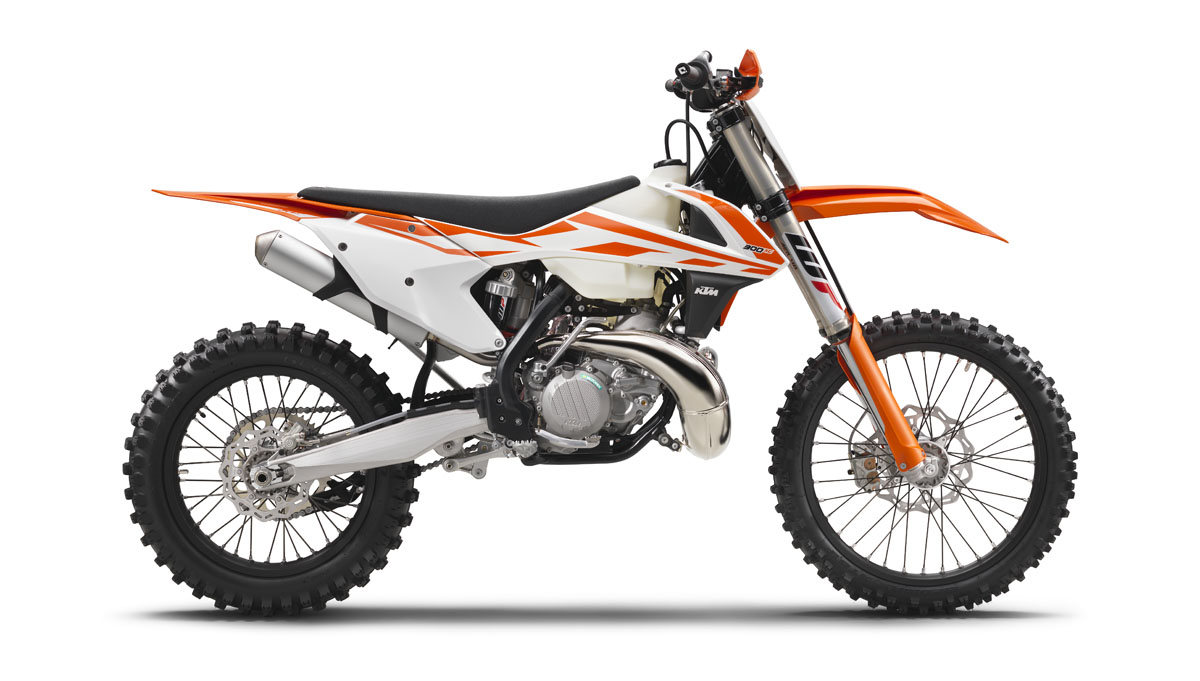 We’re still buzzing about the new KTM line at the DB office. For us, it’s all about the two-strokes. If you haven’t seen the new bikes, take a look at the six new two-strokes here. But there is a change in KTM’s philosophy afoot, as well. The bikes that aren’t listed are just as significant. As of 2017, KTM  and Husqvarna no longer make green sticker bikes. All the bikes are either imported as closed-course competition machines or street-legal bikes. The weird middle ground bikes are gone. Bikes like the old KTM XCF-Ws, the Yamaha WRs and the Honda CRF-Xs are called “off-road vehicles” and imported under EPA and CARB rules that have requirements for emissions and noise.

I have mixed feelings about that. I’ve always thought that KTM’s model line was way too confusing and that some of the redundant model should go away. The SX motocross models were almost the same as the XC off-road models, while the EXC dual-sport bikes were similar to the XC-W trail models. KTM just combined those last two. But now that it’s happened I see issues for people in most states. California riders now have to step up to the more expensive dual-sport models if they want to ride legally on public land. Riders in states like Arizona and Vermont, where you can get a license tag for donkey, can’t get away with licensing the less expensive XC-Ws any more. They’ll also have to step up to an EXC. But on the other hand, KTM is still offering more dirt bikes in more categories than anyone else, so I shouldn’t complain.

I can and will complain about the loss of the KTM 200XC-W, though. All I can say, is the 150XC-W that replaces it better be really, really good.

Remember this bike? No of course you don’t. You shouldn’t lie. Even though it says ATK on the side of the tank it was the last vestige of Maico. After family problems caused the break-up of Maico in the mid ’80s, the tooling and the intellectual rights went to a Dutch company. The gigantic two-stroke motor, as it turned out, was great to power sidecars, and that’s what the company specialized in for the next 30 years. But they still made a few dirt bikes. Frank White, who owns ATK, had a fascination for the motorcycles and imported a few under his company’s name. We actually rode one of the massive two-strokes about 10 years ago. It seemed like someone dropped an airplane motor into a motorcycle chassis. It wanted to run at one specific rpm level all day. Frank can probably still import one if you ask him to.

I don’t want to sound jaded, but man, am I ready for the outdoor season. I began thinking that the live Supercross races were actually reruns. With Hangtown this weekend, everything is up in the air. Will James Stewart really come back? Is Eli Tomac really that good? Will Dungey and Roczen pick up where they left off in Supercross? Here’s the TV schedule: 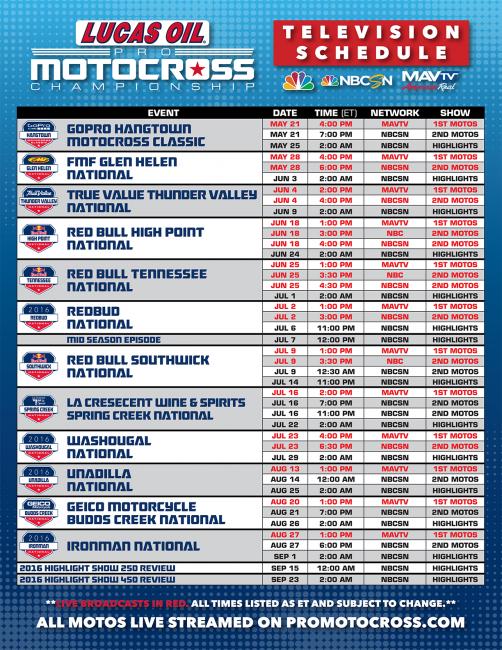 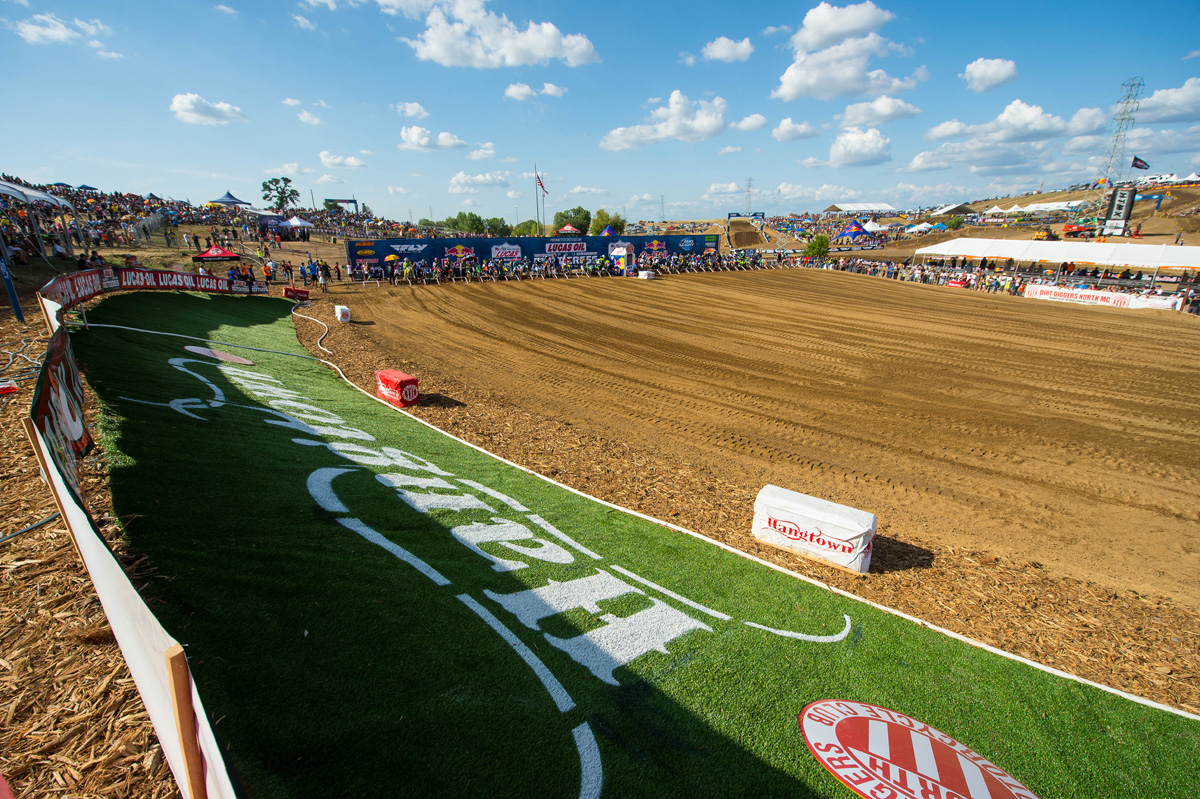 Hangtown was actually the first pro race that I ever shot. I’m sure I still have the photos in a shoebox somewhere, but it was muddy and bleak that year (1975). Here are some Hangtown stats, courtesy of Lucas Oil Pro Motocross.

Riders to Win at Hangtown in Both Classes (Years Won)

Past Winners at Hangtown

Past Winners at Hangtown

VILLOPOTO OUT OF RETIREMENT