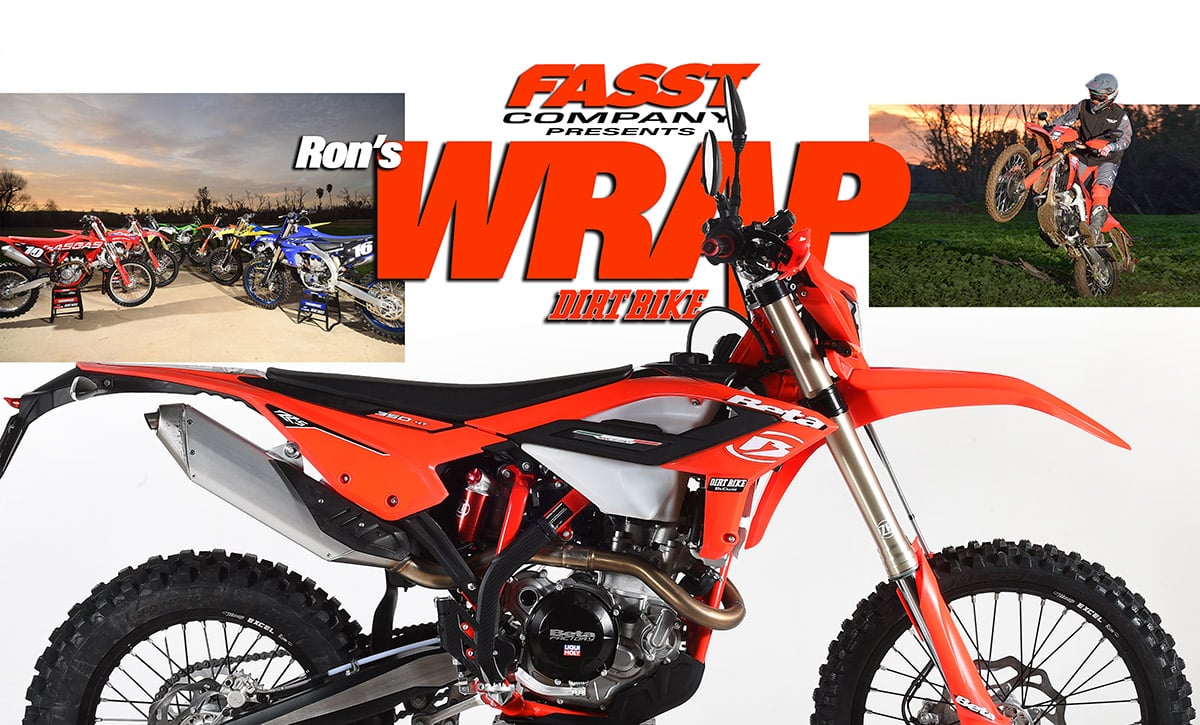 We have the Beta 350RRS dual-sport bike, wet dirt and perfect riding weather. What could be better? The 350 is one of four identical-looking Beta dual-sport bikes that often have riders overwhelmed. There’s a parable about an indecisive donkey standing between two identical piles of hay. Eventually the donkey starves to death–that’s Beta dual-sport riders. In truth the 350, 390, 430 and 500 are all great machines with different personalities. Why doesn’t Beta get rid of one? They say it’s like deciding between your kids.

The 350 has the same chassis and most of the same motor as the others–it differs only in bore and stroke. As we have often pointed out, a bike’s power delivery is the single most factor affecting handling. The 350 is snappy and responsive. It revs quickly and has very little engine braking. That’s easy to understand, but the 350 also feels much lighter than the larger bikes. On our scale, it weighs 253 pounds. You would swear it weighs much less. For comparison, a KTM 350EXC dual-sport weighs 14 pounds less. Some of that is in the suspension. The Beta has linkage in the rear, whereas the KTM uses PDS. 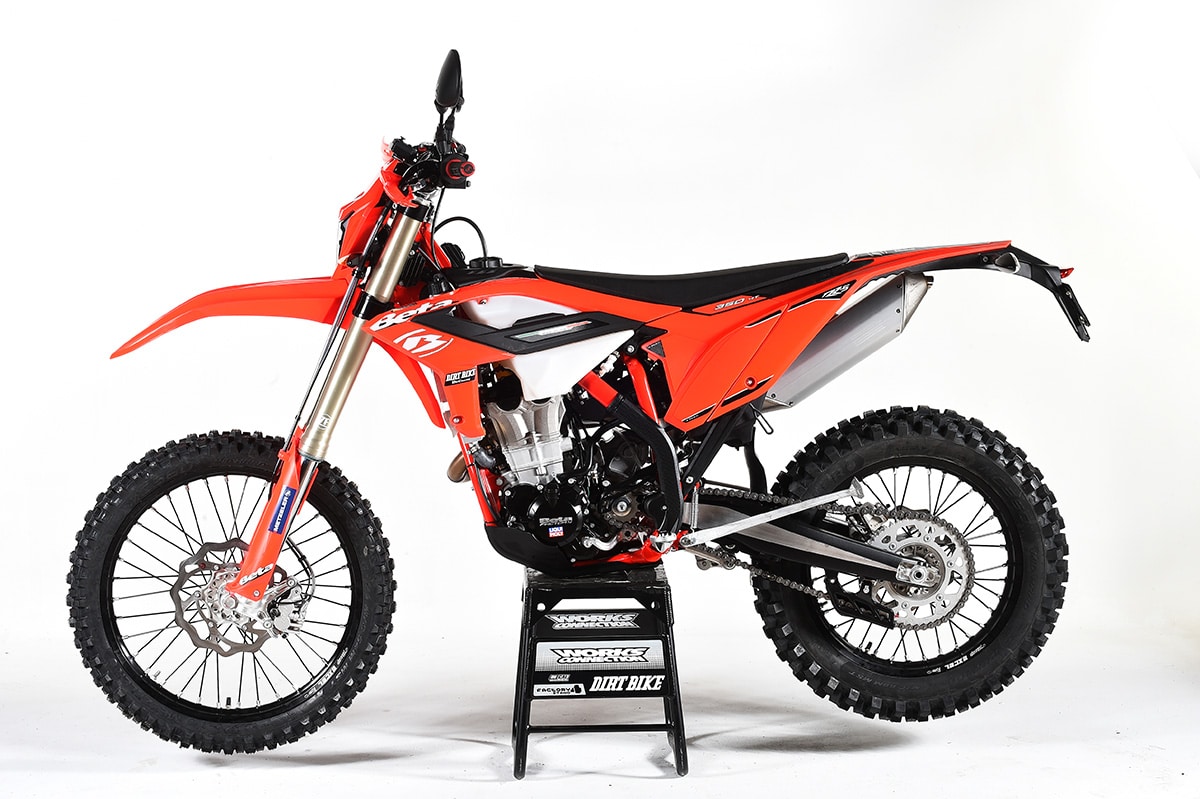 As long as we’re on the top of comparing the Beta to the KTM, we should point out that the Beta is more powerful from bottom to top. It’s a little louder, too. We think this is because Beta is a smaller company that doesn’t mind pushing the limits of legality. When it comes to noise and emissions, the 350RR is much closer to the edge, whereas a big company like KTM has a lot more to lose if the U.S. government gets angry. There are still Volkswagen executives in federal prison for making Uncle Sam mad.

The Beta also comes with decent, dirt-worthy Michelin tires and rim locks, whereas the KTM has Continental tires that are heavily street oriented. The cherry on the top is the Voyager GPS which is standard equipment on all of Beta’s dual-sport bikes. The MSRP is $11,499. We are riding the wheels off the Beta right now and we have a 350 dual-sport comparison in the works. Stay tuned. 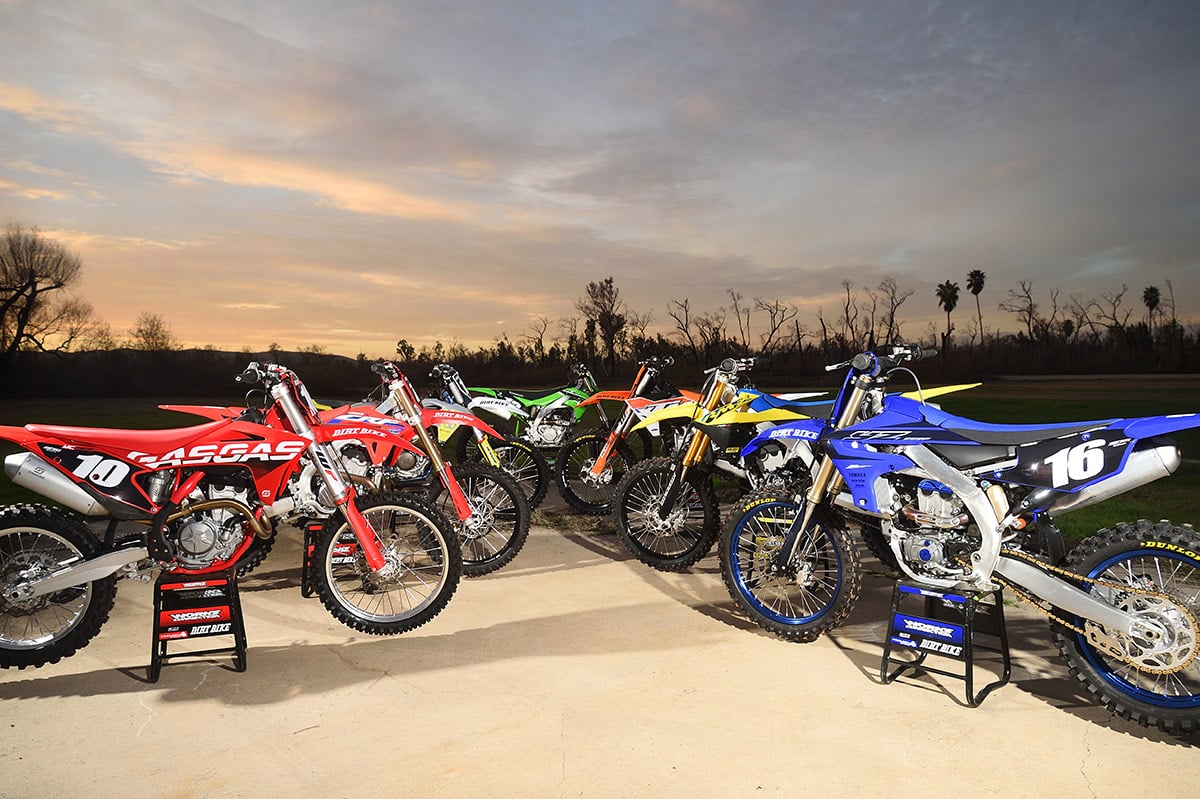 We are currently hip deep in 250F motocross bikes. This year there are seven: the GasGas MC250F, Honda CRF250R, Husqvarna FC250, Kawasaki KX250, KTM250SX-F, Suzuki RM-Z250 and Yamaha YZ250. Going in, there are several factors that have to be taken into account. The Yamaha, GasGas, Honda and Suzuki are unchanged. The KTM and Husqvarna are completely different and the Kawasaki has moderate changes. Last year the Yamaha was the winner, but it was by no means an easy decision. It could have gone to the Husky or KTM very easily. What will happen this year? At this point, we don’t know! We will have more updates as the process continues. 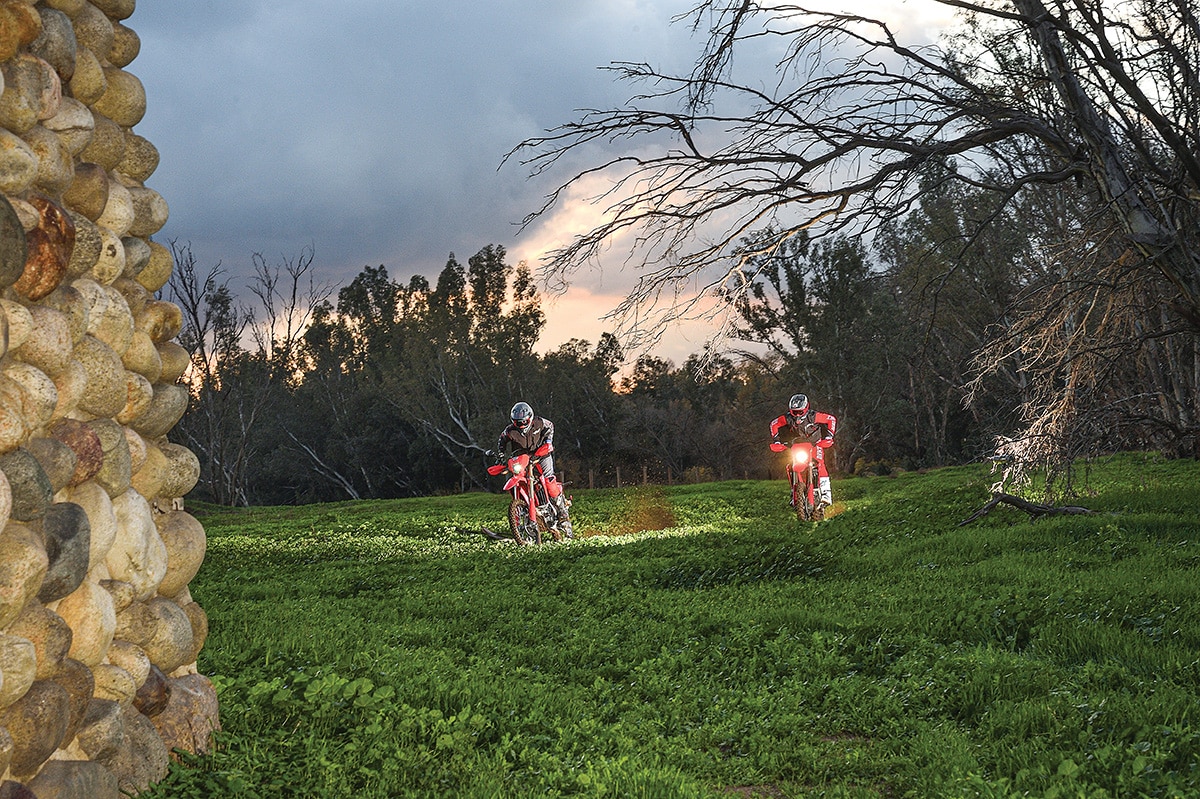 We are going a little dual-sport crazy this year. If you missed our 300 dual-sport comparison between the Honda CRF300L and the Kawasaki KLX300, you can check it out here. Next up we have the 450s and 500s. When you love what you do for a living you never have to work a day in your life! 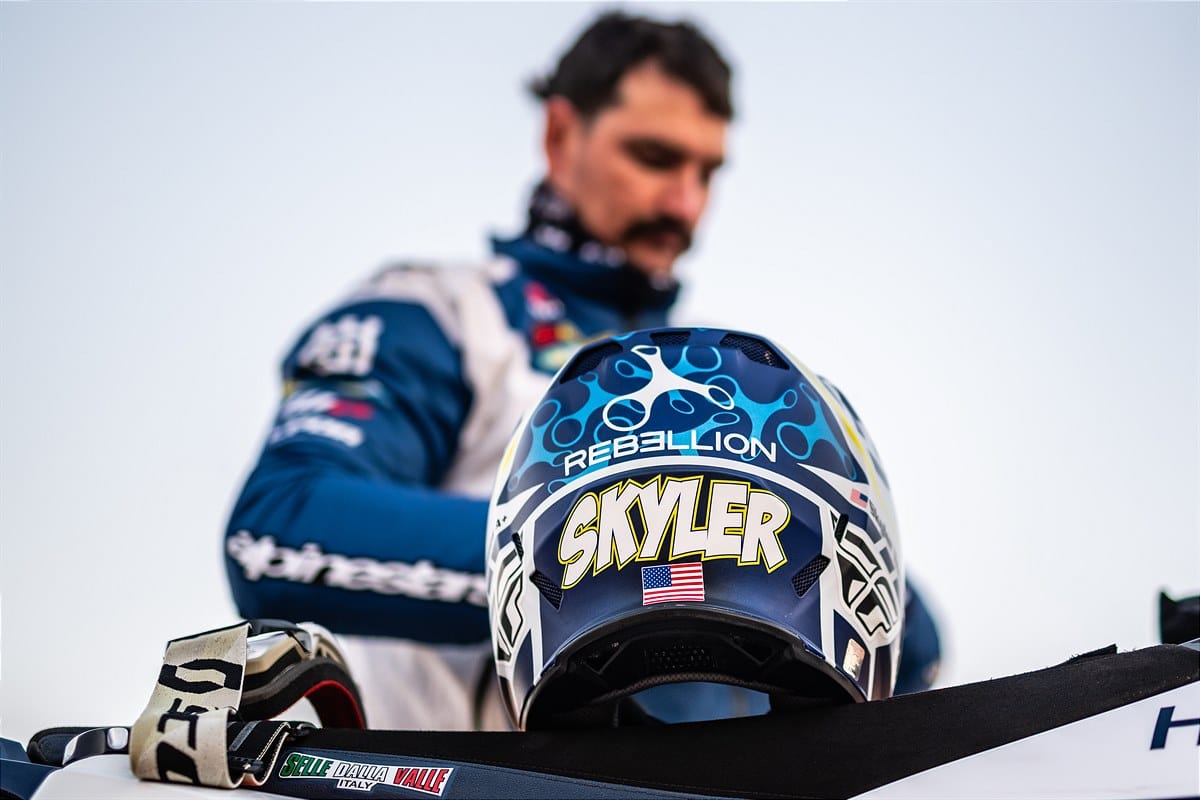 In case you haven’t seen any Dakar this year, it’s been on Peacock. You can also check out what’s been going on right here at dirtbikemagazine.com where we have daily updates. It has been one of the most exciting Dakar Rallies in years, especially for Americans. In the first week, Ricky Brabec crashed out, but 21-year-old Mason Klein won a stage and was the only rider who loved leading out. The second week has taken its toll on young Mason, but he still sits in the top 10. Now Skyler Howes is within seconds of the lead with only two sages to go. Toby Price leads and Kevin Benavides is a couple of minutes back. One of those three will win, but which one? It’s gong to be great!