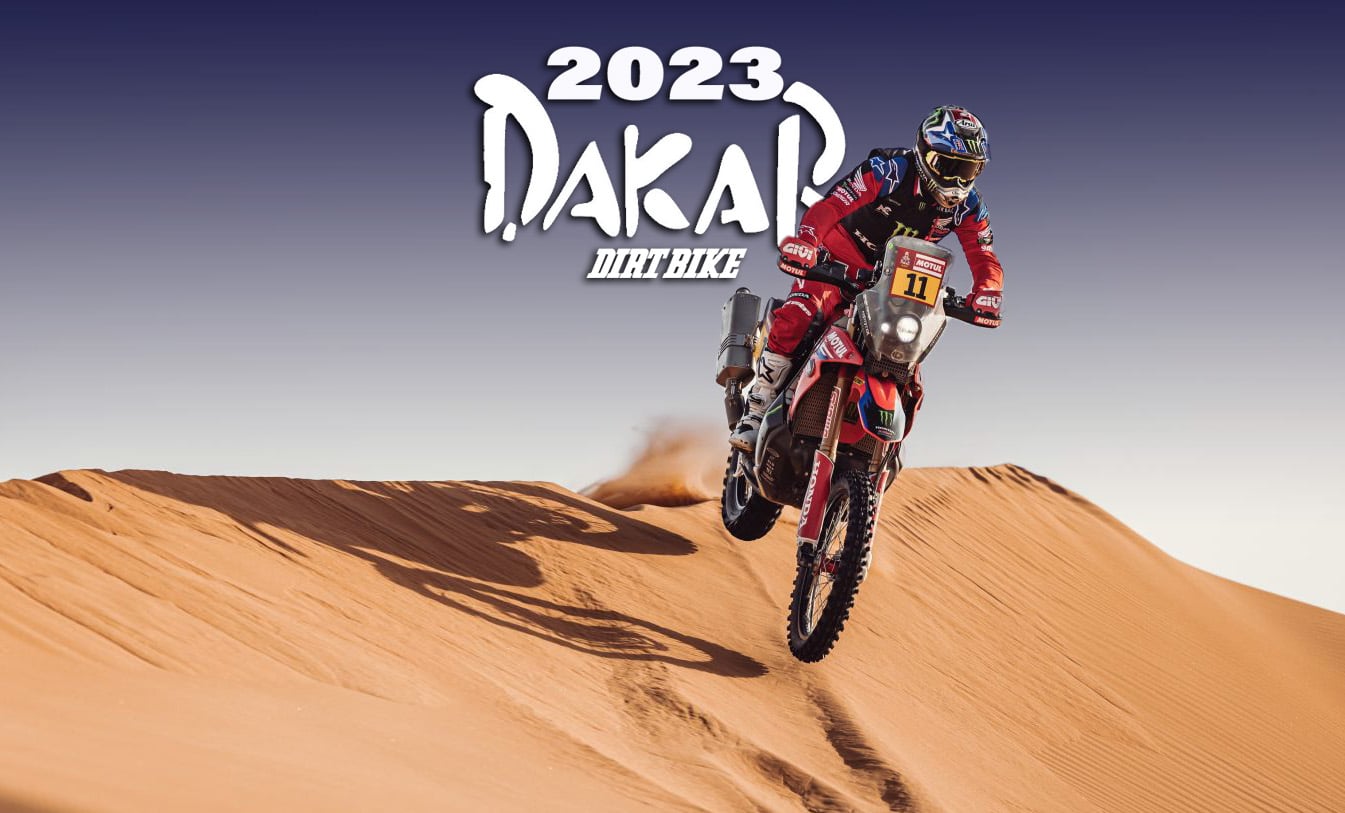 Today was the second half of the marathon stage with the riders on their own without assistance. Nacho Cornejo scored his first stage win of the rally after starting off in 14th. Of the riders who started off near the front, Toby Price had the best performance. He started in third and finished in third while yesterday’s winner Luciano Benavides had to open trail and dropped back to 12th. Skyler Howes had a decent ride. He started fourth and finished sixth. American Mason Klein is suffering from a number of injuries and issues. He dropped more time today, finishing 42nd. He now sits in 10th overall with two stages remaining. The overall picture is still vague. Toby Price currently leads by 28 seconds over Skyler Howes and 2:40 over Kevin Benavides. There are eight riders within 23 minutes. 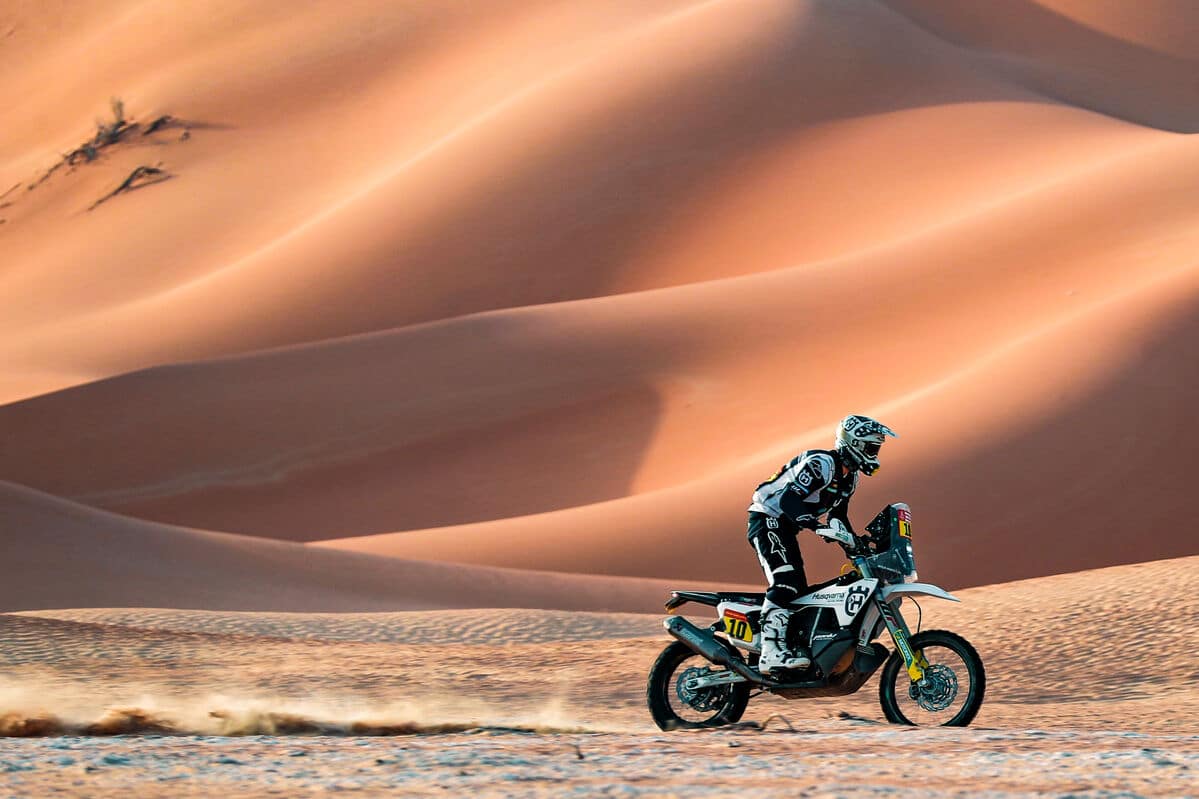 Skyler Howes: “I would say it wasn’t really my best stage. I didn’t really make it up a couple of the dunes, which was really frustrating. I had to stop at the CP to put a tracker in my pack, but all in all it was, like, just a few seconds and stuff like that here and there. Still, it wasn’t my best day out there. It’s a little bit frustrating to find the rhythm, but it was clean. We got through it okay, the navigation was good. I felt a bit off the pace today. But it was alright and we’ve still got a couple of more days left, so we’ll keep pushing. I have no idea if I’m still first. I would like to hope so, but we’re fighting for seconds out there and any time you spend, literally three extra seconds to put a tracker in your pocket is just extra time and those seconds count, so it’s gnarly to be this close after so much racing, but it’s fun. It is a bit frustrating when you don’t really nail it on the days, but that’s how the Dakar works. There are so many days that you have to be on it and I feel like today I was a little bit off the pace. It is what it is and we’ll keep pushing. Tomorrow is another day in the dunes and then the last day is a reverse order start, so the idea would be to push as hard as possible tomorrow. I think I’m going to have some tracks to follow tomorrow, so I can push really hard. That’s what I’ll do, I’ll push as much as I can and we’ll hopefully come to that last stage in a good position, then we can bring it home”.

Jacob Argubright is amazingly consistent and seems to be finding a rhythm: “Finally found some service here in the “Empty Quarter” only had to leave the bivouac to find it. The days have been up and down, I made some suspension changes and having wayyyy more fun surfing the dunes! SS10: 24th, SS11: 20th and today SS12: 23rd. On the home stretch let’s gooooo!”

Nacho Cornejo: “Well today I had a good stage, quite solid. Felt quite good on my Honda CRF 450 Rally and tried to push as much as I could. I had a lot of fun in the dunes. I have won a stage and that feels good, especially for my confidence. This did not influence the overall results due to the short distances between all contenders, so I kept my eighth place. I will keep fighting in the last two days because this is Dakar and anything can happen. ”

Stages 8, 9 and 10 took out most of the American Rally Originals. Kyle McCoy and the Pearson brothers were excluded and Paul Neff was injured. Mo Hart is still running, and he was the rider who once claimed his goal was to finish in last place. He is currently in 89th place out of 95 riders still moving.